Accessibility links
TV Network Offers Religious Journeys In 3-D At least one religious television network is exploring how to make the sacred come alive through 3-D imagery. For now, Boston-based CatholicTV has the future to itself. No other religious group — including Mormons, Baptists, Muslims, Hindus and Jews — has 3-D plans. 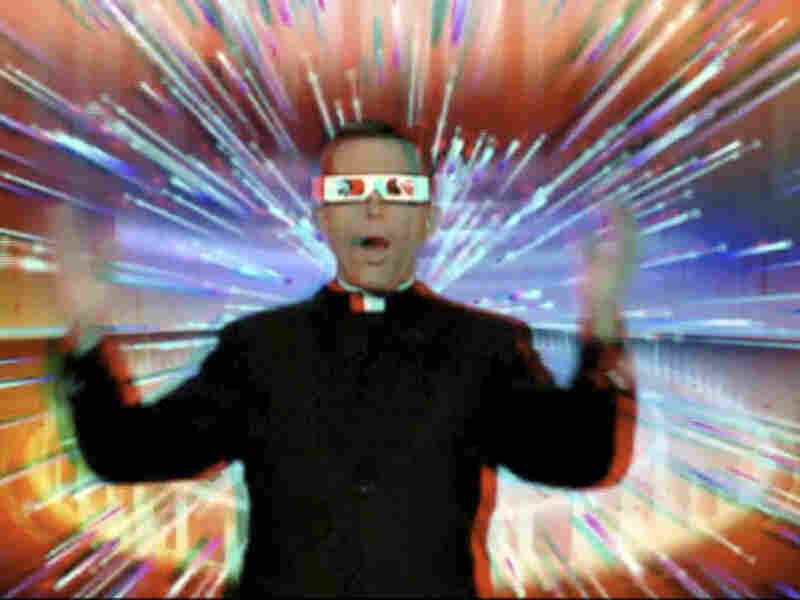 The Rev. Robert Reed, director of the CatholicTV Network, during a preview of the 3-D programming that the network debuted this spring. CatholicTV via AP hide caption 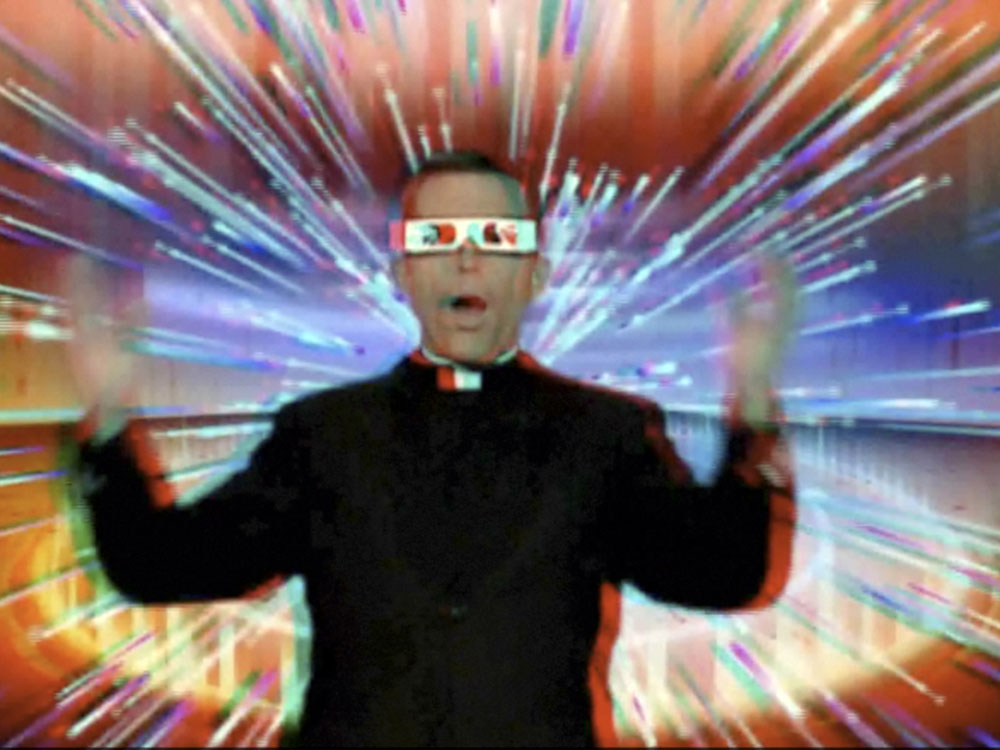 The Rev. Robert Reed, director of the CatholicTV Network, during a preview of the 3-D programming that the network debuted this spring.

The race to bring 3-D technology to screens large and small isn't just about viewing secular images. At least one religious television network is exploring how to make the sacred come alive through 3-D imagery.

"It makes you feel as if you're truly in the ocean," said viewer Darren O'Dedray from Tysons Corner, Va.

So, if 3-D technology can take us underwater, could it let us see someone special walk on the water?

Well, the answer is "yes." And it's happening now. Boston-based CatholicTV has gone 3-D.

Upon opening the 3-D section of the website, viewers are greeted by the Rev. Robert Reed, director of the CatholicTV Network.

A Catholic Travelogue In 3-D

But -- and here's the trouble -- there's no storytelling. CatholicTV's website is mostly travelogue showing off architectural marvels such as St. Peter's Square and the Shrine of the Immaculate Conception.

Professor Angela Zito, the co-director of the Center for Religion and Media at New York University, wishes the Catholic video outlet was generating more vivid content. But she's not at all surprised the church has embraced 3-D.

What excites Zito about the potential of 3-D for religions is that the technology allows us to see the unseeable.

"Our imaginations don't work in a vacuum," Zito says. "They actually require a kind of vehicle or something to inspire them; and I don't think this is going to limit our imaginations. I think it's going to concretize more seductively the things that we can imagine."

Once CatholicTV lets us exercise our imaginations more, it will have greater impact on viewers. First, they'll have to switch from the old-fashioned red-and-blue glasses they require now.

CatholicTV's Reed says that at this point 3-D is still just a gimmick. "Considering the fact that our faith has so many dimensions, [it] made sense to look at 3-D right now and see how we can use it in the future."

Other Organized Religions Still In 2-D

For now, CatholicTV has the future to itself: No other religious video outlet has 3-D plans. Not the Mormons, Baptists, Muslims, Hindus or Jews.

Rabbi Mark Golub is president and executive producer of Shalom TV. "In the past 3-D came and went," he says. "I am very skeptical."

Golub says Shalom TV will only choose 3-D TV if it proves viable over time: "The Jewish community has focused all of its attention in the past on print and print media. We are the people of the book."

So, for now, CatholicTV has the field all to itself. The network hopes that if it can get the eyeballs of viewers, the hearts will follow.