Accessibility links
'The Grown-Up Brain': Sharper Than Once Thought Science writer Barbara Strauch set out to explain why our brains falter in middle age, and wound up writing a book about how they can flourish. Scientists tell us that as we careen through middle age, our brains do slow down. We have trouble retrieving names, or we get easily distracted. But the news is nowhere as bad as we might think. 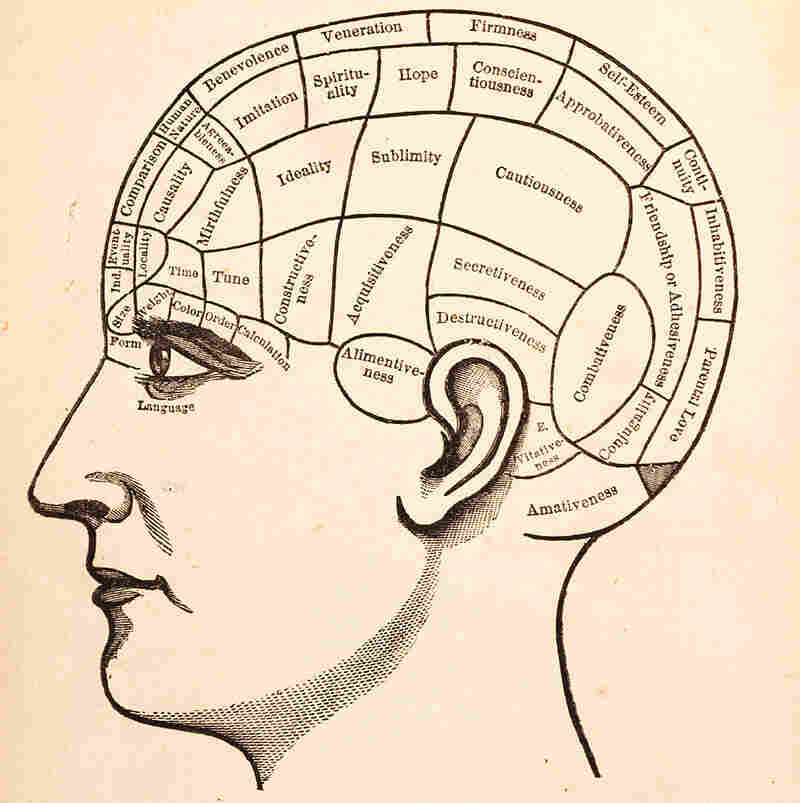 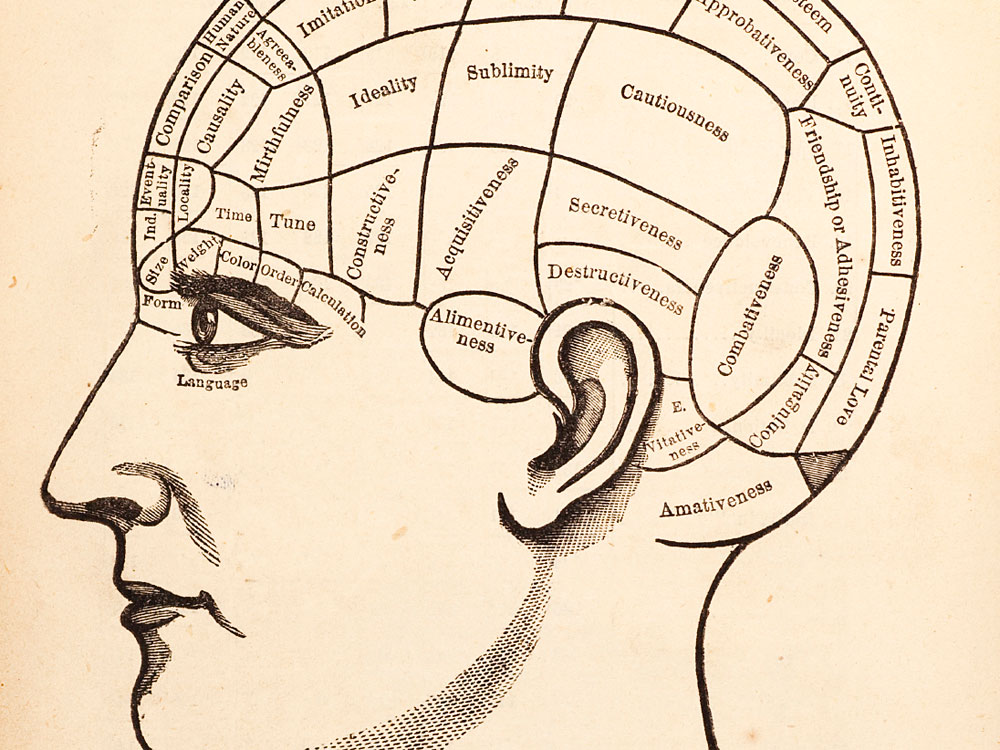 Though people can become more forgetful in middle age, research suggests that they're at the top of their game in other areas, such as vocabulary and reasoning.

Say you spent an hour in a crowded area like Washington, D.C.'s Union Station, asking middle-aged adults a single question: "So, how's your brain functioning these days?" You might hear answers like these:

"Well, I ran into somebody that I had worked with for several years and could not remember her name at all, and it was really embarrassing," says Ruth Alice White.

Pat Hardy says, "I'm dismayed by the number of times I walk into a room, and then I look around and say wait a minute, what's in here that I could have come for?"

Accentuating The Positive In Middle Age

"I forgot something really big last weekend, and I can't remember what it is!" says Jennifer Turvold. "It was like some place I needed to be, or like I took the kids to the wrong place -- it was pretty funny in hindsight, like I can't believe I forgot that -- but I did."

Brains Can Flourish In Middle Age

"Little stumbles," we might call them -- although they can feel like pratfalls. And we're not imagining them. Scientists tell us that as we careen through middle age, our brains do slow down. We have trouble retrieving names, or we get easily distracted. But the news is nowhere as bad as we think. In fact, science writer Barbara Strauch set out to explain why our brains falter in middle age, and wound up writing a book about how they can flourish.

The book is called The Secret Life of The Grown-up Brain, and by grown-up, she means people roughly between the ages of 40 and 65.

In her book, Strauch details studies that suggest that the middle-aged brain is not on a steady decline, and actually improves in a number of areas as time passes.

The Secret Life of the Grown-up Brain: The Surprising Talents of the Middle-Aged Mind
By Barbara Strauch
Hardcover, 256 pages
Viking Adult
List price: $26.95

"There [are] some studies that started in the '50s that traced the same people throughout their lives," Strauch tells Morning Edition's Renee Montagne. "And they find that in this middle span, we get higher scores on all our tests in a whole range of areas, including inductive reasoning, verbal memory, vocabulary -- we're better in that span than we were in our 20s."

In addition, Strauch says white matter, which is composed of fat and coats the tails of brain cells, is important to the middle-aged brain.

"As we do things, as we learn things, the white matter increases and the brain signals move faster," she says. "And this was also a shock but they find that the white matter peaks in middle age. So that itself might [help explain] middle-aged wisdom. Because the brain sees connections, it sees the full picture. And one friend of mine, she's an AIDS doctor in her 50s, she says 'When I walk into a hospital room now, I can size up the situation much faster.' We get to the gist of an argument faster."

'Get Your Blood Boiling'

Finally, Strauch says exercise and mental stimulation are two of the most important things people can do to maintain a healthy brain, and that, when it comes to stimulation, people might have to work harder than they anticipated.

"I think that crossword puzzles are thought to be not enough anymore," she says. "You're kind of retrieving stuff you already know, there's nothing wrong with them -- but what they do know is that one way or another, you have to push your brain very hard. You have to make it not comfortable. And there's some science that says that even talking with people who disagree with you is good basically. It helps you sharpen your own thinking, it challenges those – the brain likes a good rut and we need to kick them out of those ruts a little bit. If you always watch MSNBC, maybe you should switch to Fox for a little bit, just to get your blood boiling a little bit." 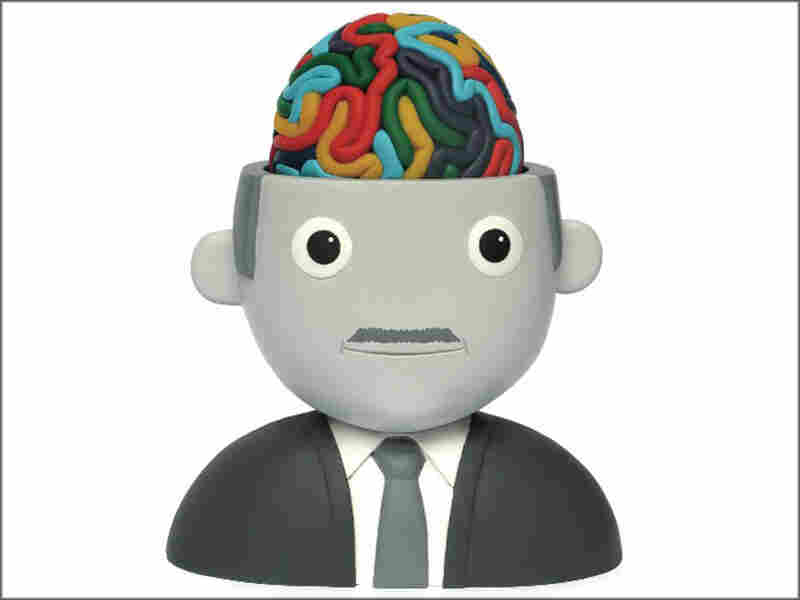 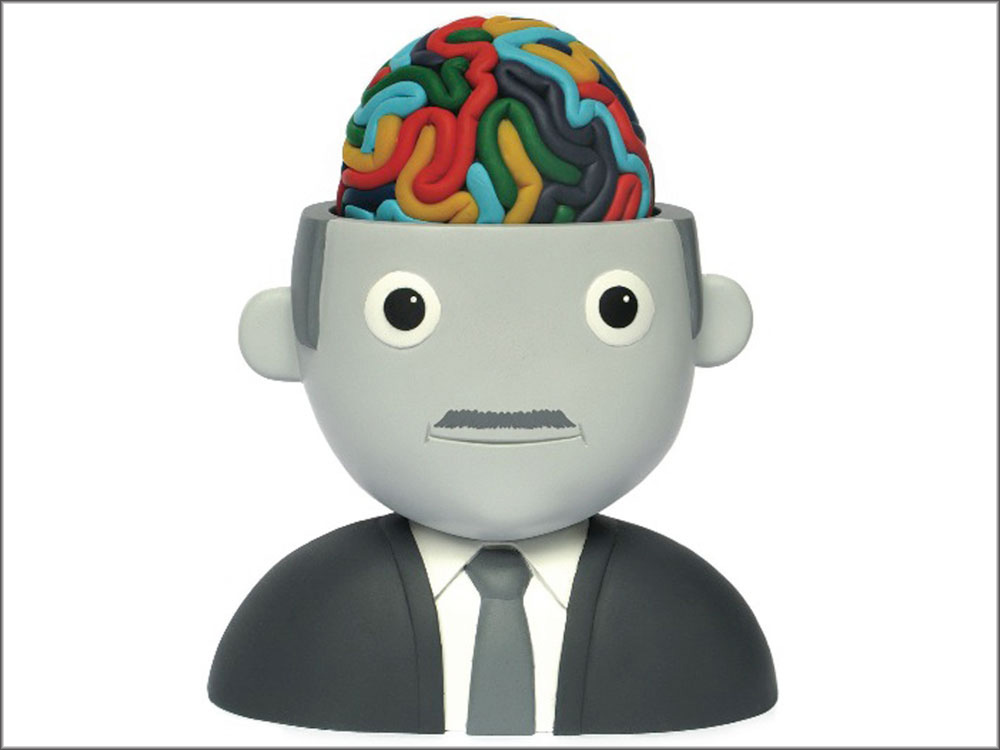 The Secret Life of the Grown-up Brain: The Surprising Talents of the Middle-Aged Mind
By Barbara Strauch
Hardcover, 256 pages
Viking Adult
List price: $26.95

Barbara Strauch started having senior moments a few years ago.

"I [went] downstairs to try to get paper towels [and] by the time I got down there I couldn't remember what I went down there for," she says. "It was driving me crazy. I couldn't remember what I had for breakfast or the movie I saw last weekend. And you know, we all have a lot going on in our lives, but I think there was sort of a qualitative difference in this. Things ... vanished from my brain, and I was concerned. ... So I began to think, 'What is going on? Where do those names go? ... What is happening in middle age that makes our brains so forgetful?' "

Strauch was well positioned to seek answers to those questions -- she's the health and medical science editor at The New York Times -- and she writes about her quest in her new book, The Secret Life of the Grown-Up Brain.

The bad news: Our brains do decline as we age.

"What [scientists are] starting to do is sort out what is normal aging [and] what is pathology and leading toward dementia -- and they now know that dementia is not inevitable, and that basically this 'normal forgetting' is part of normal aging. And in many ways we can -- if we keep ourselves healthy -- actually improve our brains. ... We can live actually throughout our lives with pretty sharp brains if we're lucky."

Tips taken from The Secret Life of the Grown-up Brain

One of the most troublesome parts of growing older, says Strauch, is that humans grow more distracted as they age. You may start to think of brining your Thanksgiving turkey, for instance, while driving along a highway.

"These thoughts simply bounce out of our heads," Strauch says. "What is happening, [scientists] think, is that you can suddenly -- as you age -- fall into what they call sort of a default mode. This is kind of a daydreaming mode. It's kind of an inner dialogue. ... And what they think happens is that you do tend to fall into a daydreaming default mode more easily. And this default daydreaming mode is brand new. They didn't know it existed in the brain before, and they're now studying it and trying to figure out how that happens."

Researchers who study brain scans find that as humans age, their processing speed may be a bit slower, and they might miss a beat while first trying to focus on something.

"So one thing they tell you is to focus very, very hard at the beginning of things so that you can sort of get past that moment where sometimes we are more distracted," she says. 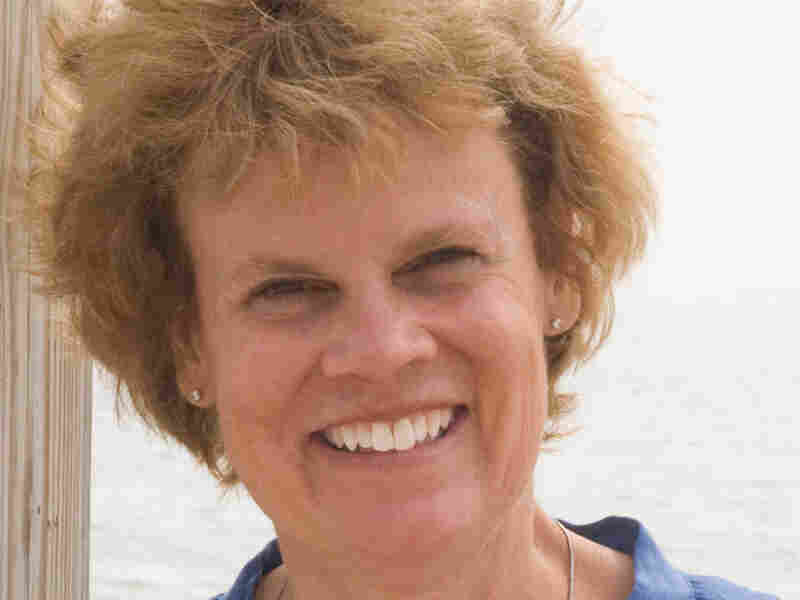 Barbara Strauch has covered health and medicine at The New York Times since 1994. She was previously an editor at Newsday, where she led a team that won a Pulitzer Prize. Courtesy of Viking Press hide caption 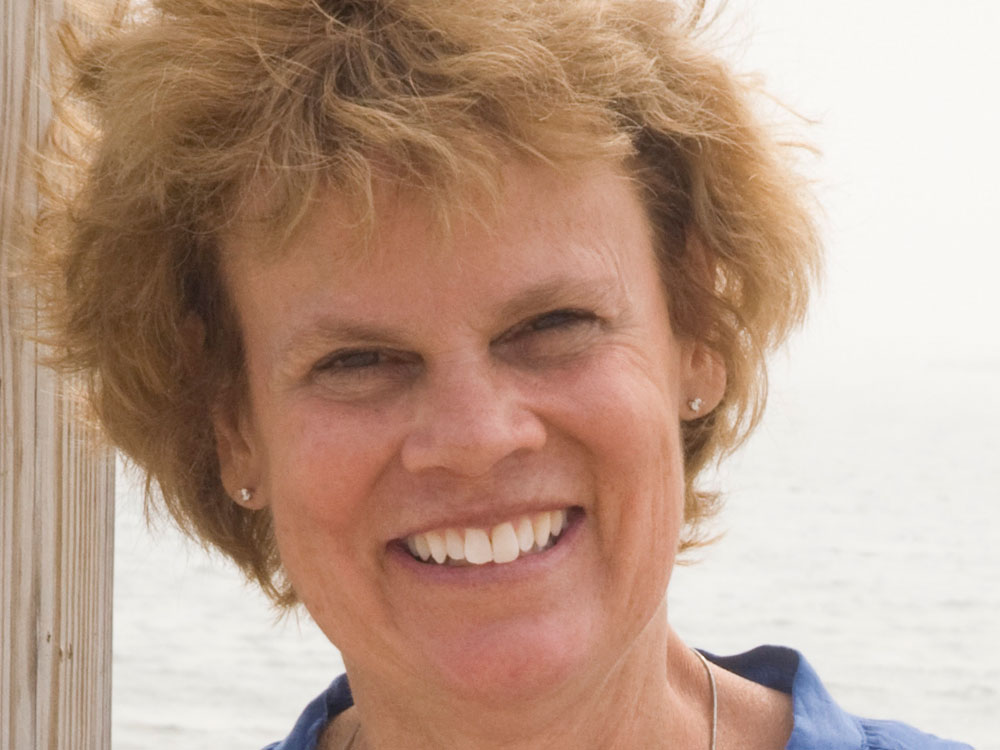 Barbara Strauch has covered health and medicine at The New York Times since 1994. She was previously an editor at Newsday, where she led a team that won a Pulitzer Prize.

Another common indication of aging is growing more forgetful. But memory, says Strauch, is made up of different components, some of which don't go away.

"As we age, certain parts of our memory remain robust. For instance, our autobiographical stuff ... stays with us, she says. "Other things, like how to ride a bike, how to swing a tennis racket ... habits ... do not go away."

But episodic memory -- the memory we have for things in context -- tends to falter. For example, forgetting the name of someone you're talking to or drawing a blank when trying to come up with a book title.

"Short-term memory for names gets a little bit dicey along the way," Strauch says. "And the problem with names is not a storage issue. It's a retrieval issue. Those names are not really lost. They're just kind of temporarily misplaced. ... The way that they're stored in our brain -- the sound of the name and the information about what that name is -- is kind of weak."

She recommends silently reciting the alphabet in your head while trying to come up with a name. Sometimes this mental trick will jog the correct pathways when a name is on the tip of your tongue.

But not all is lost in middle age. There are certain cognitive functions that actually improve as a brain grows older. Strauch points to studies that indicate that a sense of well-being peaks -- across all occupations and ethnicities -- as people reach middle age. In addition, she says, certain studies show that an older brain can solve problems better than a younger brain.

"We think we're sort of the smartest in college or in graduate school, but when we do the tests we find that's not true in many areas, including inductive reasoning," she says. "We are better than we were in our 20s. And that to me is amazing."

In fact, Strauch says, "there is a whole host of areas where they find we improve in middle age over our 20-something selves."

"We are better at getting the gist of arguments," she says. "We are better at recognizing categories. And we're much better at sizing up situations. We're better at things like making financial decisions, which reaches a peak in our 60s. Social expertise -- in other words, judging whether someone's a crook or not a crook, improves and peaks in middle age."

In other words, we've been trained to think that aging equals decline -- but that's just not true.

"On the contrary," Strauch says. In some of the categories that matter most, "our brains are functioning probably at their best in our new modern middle age." 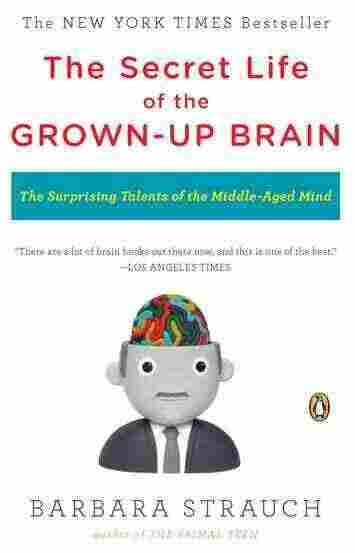