Accessibility links
Disney's 'Oceans,' A Bewitching Homage To The Sea In honor of Earth Day, Disney's newest nature doc takes a look at the briny deep. Oceans is more art than science, but that doesn't make it any less enjoyable for grownups and kids alike.

Disney's 'Oceans,' A Bewitching Homage To The Sea

Disney's 'Oceans,' A Bewitching Homage To The Sea 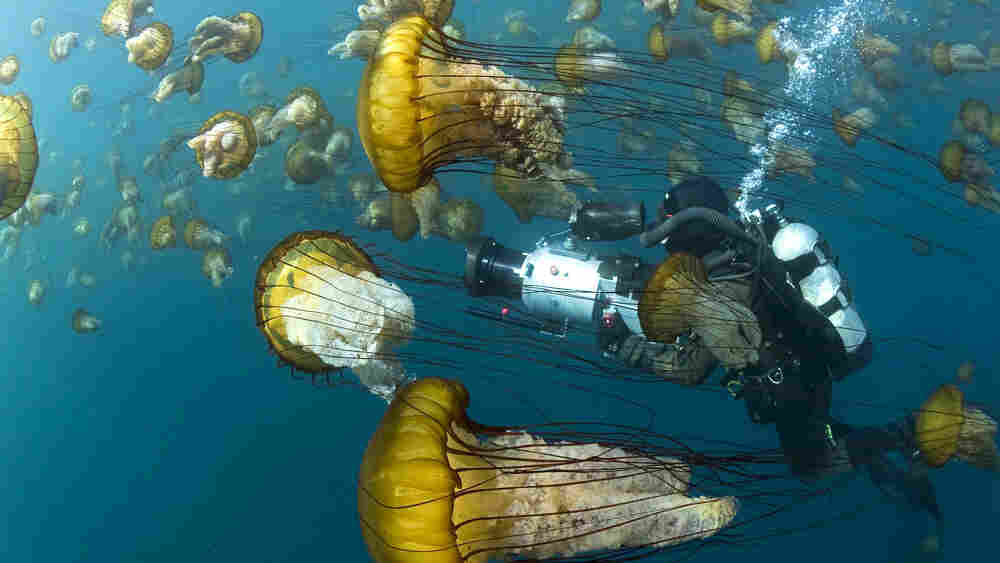 "On a clear night, the ocean draws her secrets close," goes Pierce Brosnan's sonorous narration for Oceans, the latest Earth Day docu-spectacle (following last year's Earth) from Disneynature. It's a typically vague, meaningless passage from a film that parcels out very little information to accompany its magnificent imagery. Yet it sets a mood, too, as directors Jacques Perrin and Jacques Cluzaud plunge gracefully from the moonlit surface to the bottom of the sea, catching the quiet rituals of the creatures below.

Disney has a long tradition of nature documentaries, Earth among them, that fuse adorable anthropomorphism with easy-to-grasp factoids about animals and their habitats. Those elements are certainly present in Oceans, but Perrin and Cluzaud, the team responsible for the poetic 2001 bird odyssey Winged Migration,aim for a more abstract, bewitching homage to the sea that draws on colors and forms, and to the alien behaviors that keep the ecosystem in balance. Brosnan's narration crosses into New Age parody on more than one occasion, but the film's wholesale rejection of Disney's house style results in plenty of transcendent moments, too. Oceans is more art than science: If you want to see a rocket's reflection in the eyes of a marine iguana as it blasts off into the night sky, this is the movie for you.

Photographed in locales around the world, from the corals of the Great Barrier Reef to the dwindling ice floes of the North Pole, Oceans doesn't stay in one place -- or with any one creature -- for too long. In stark contrast to Earth, which linked fully formed vignettes with larger stories of migration, there doesn't seem to be an organizing principle at work here. Perrin and Cluzaud just cast their net out over four oceans and gather in all the marvels they can snare, whether it's the contours of a humpback whale in Alaska or the luminous "silk scarves" of a blanket octopus in Australia. 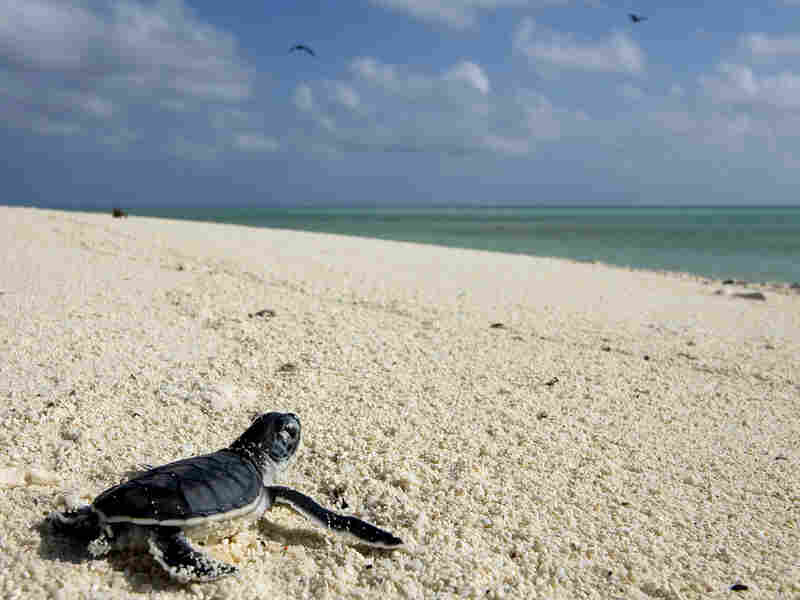 Born To Run: Oceans chronicles the trauma of birth for baby sea turtles, who after hatching must cross a sandy expanse of beach — in plain sight of hungry seagulls — to reach the sea. Galatee Films hide caption 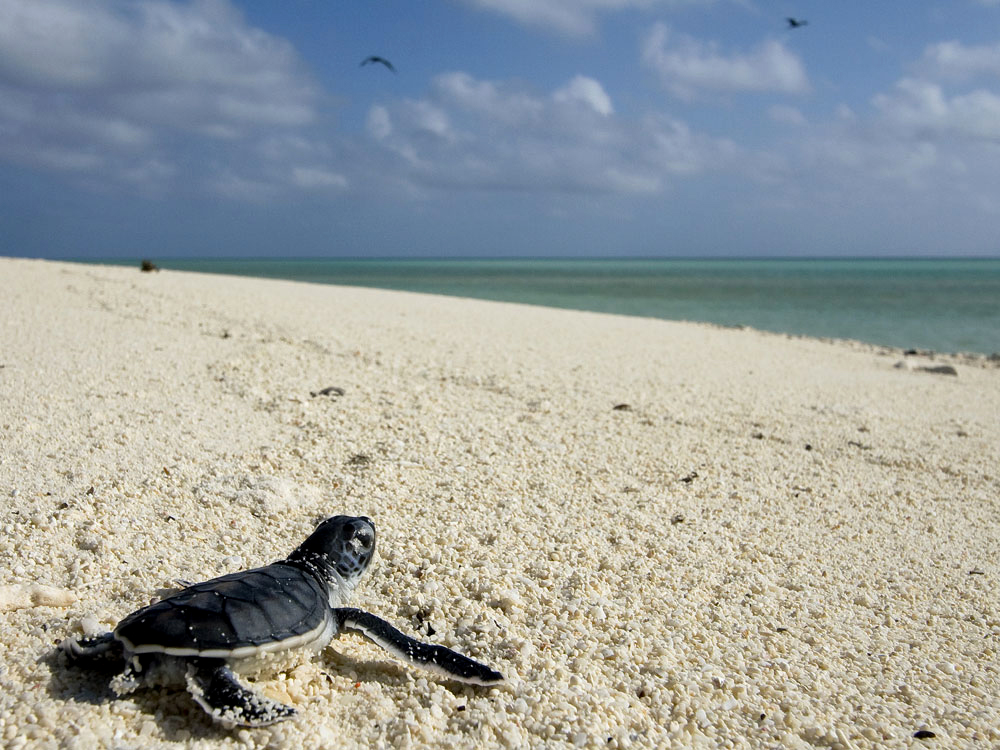 Born To Run: Oceans chronicles the trauma of birth for baby sea turtles, who after hatching must cross a sandy expanse of beach — in plain sight of hungry seagulls — to reach the sea.

Oceans makes a few explicit pleas for humans to take better care of the planet, with harrowing satellite images of rivers coughing pollution out into the sea and "unwanted" fish snagged on bottom-trolling industrial nets. But Perrin and Cluzaud mainly emphasize the sea's beauty and power as its best argument, finding exquisite choreography between those florid stretches of narration. In one sequence, the seeming chaos of dolphins, schools of fish and kamikaze seagulls off the South African coast meld into an unexpected harmony; in another, razorfish and garden eels engage in a mesmerizing ballet on the ocean floor.

Children will emerge from Oceans without having learned much of anything. And they may be left reeling from witnessing predatory birds snap up adorable baby sea turtles one by one -- the Disney nature-doc equivalent of watching Bambi's mom die on a loop.

But from the moment early on when they fashion a planet out of a crustacean egg, Perrin and Cluzaud present the sea as a universe unto itself -- and beckon the young into stargazing wonder.