Accessibility links
Von Freeman's Core Corps, Captured In Germany Since 1979, the tenor saxophonist has hosted a weekly jam session at a colorful South Side Chicago bar. Rarely is the house group captured on his recordings, but Vonski Speaks features the brawny, bluesy jazzman — and his band — in Berlin. 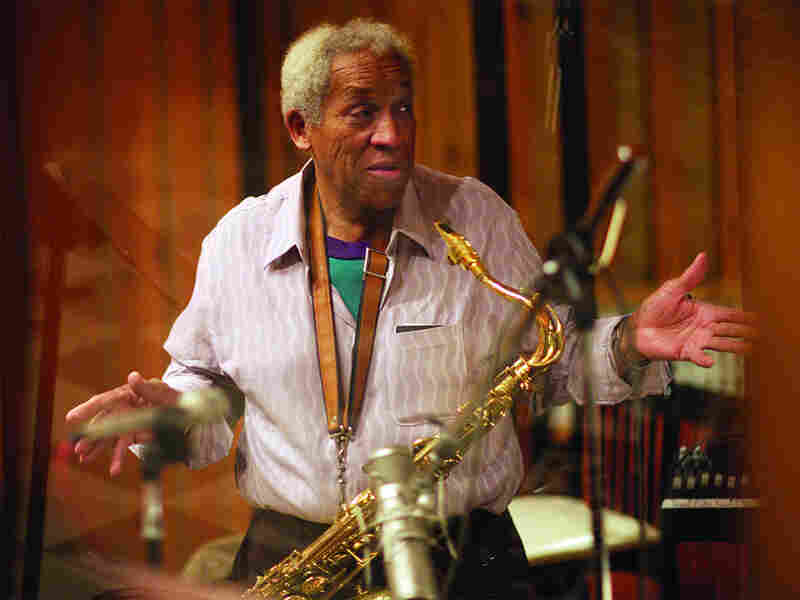 Von Freeman and his working band play weekly in Chicago, but it took a German jazz festival to bring out a recording of that group. Michael Jackson/Premonition Records hide caption 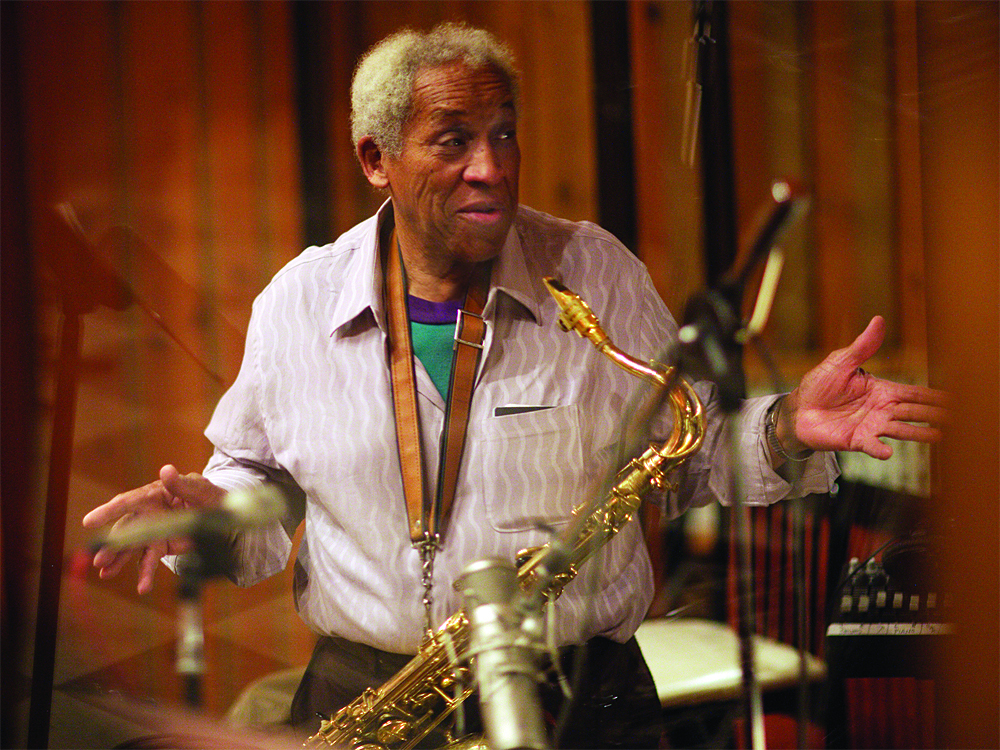 Von Freeman and his working band play weekly in Chicago, but it took a German jazz festival to bring out a recording of that group.

Von Freeman traveled light when he went to Berlin in 2002 for a performance at the city's prestigious jazz festival. He flew in from his home in Chicago on the morning of the gig with only his horn, some toiletries and a change of underwear stuffed into his tenor-saxophone case.

He also took his band. The Berlin concert was recorded, and it's what we get to hear on the new album Vonski Speaks.

"Vonski" has played with everyone from Charlie Parker to Andrew Hill to Sun Ra. But Freeman didn't release his first albums as a leader until 1972, when he was pushing 50. On nearly all of his recordings, Freeman worked with groups assembled specifically for the session. But his latest release features his longtime working group.

Since 1979, Freeman has hosted a weekly jam session at the colorful South Side Chicago bar called the New Apartment Lounge. Each Tuesday night, he and his working band play a full set heavy on jazz standards and the occasional Freeman original. For the second set, eager aspirants and seasoned locals take turns sitting in.

For the Berlin concert, Freeman's group included drummer Michael Raynor, who's been playing that weekly New Apartment engagement since 1989; longtime guitarist Mike Allemana, still a member of the band; and bassist Jack Zara, who's not.

Chicago To The Core

Von Freeman is now 87 and represents Chicago to his very core. He's a no-fuss, blue-collar musician who just happens to be one of the greatest living practitioners of hard bop -- the hard-swinging successor to bebop that is the default lingua franca of most mainstream jazz today. He studied under the iconic Captain Walter Dyett at DuSable High School; Dyett's program produced a slew of brilliant saxophonists, including Gene Ammons, Johnny Griffin, John Gilmore and Clifford Jordan.

While those players all eventually settled in New York, where they achieved great notoriety, Freeman chose to remain in Chicago to raise his family -- including his son, saxophonist Chico Freeman. He's been a hardworking local fixture for half a century, influencing dozens of younger players.

Freeman has a distinctive tone: a brash, slightly sharp attack that's drawn criticism from some listeners over the years. But the saxophonist has been fiercely deliberate in shaping that sound. His rangy, opening cadenza in "Darn That Dream" wobbles sumptuously, coursing with unfiltered emotion.

In many ways, this raw, deeply soulful album represents the real Von Freeman. The performances aren't perfect, but they're undeniably real. It's the living embodiment of the brawny, blues-imbued Chicago tenor tradition.