Accessibility links
Movie Review - 'No One Knows About Persian Cats' - These Cats Just Want To Rock 'N' Roll ... In Iran No One Knows about Persian Cats, which won the Special Jury Prize at last year's Cannes Film Festival, has now opened in theaters across the U.S. Critic John Powers says that Bahman Ghobadi's film — about outlaw musicians in Iran — is a reminder of the liberating potential of rock. 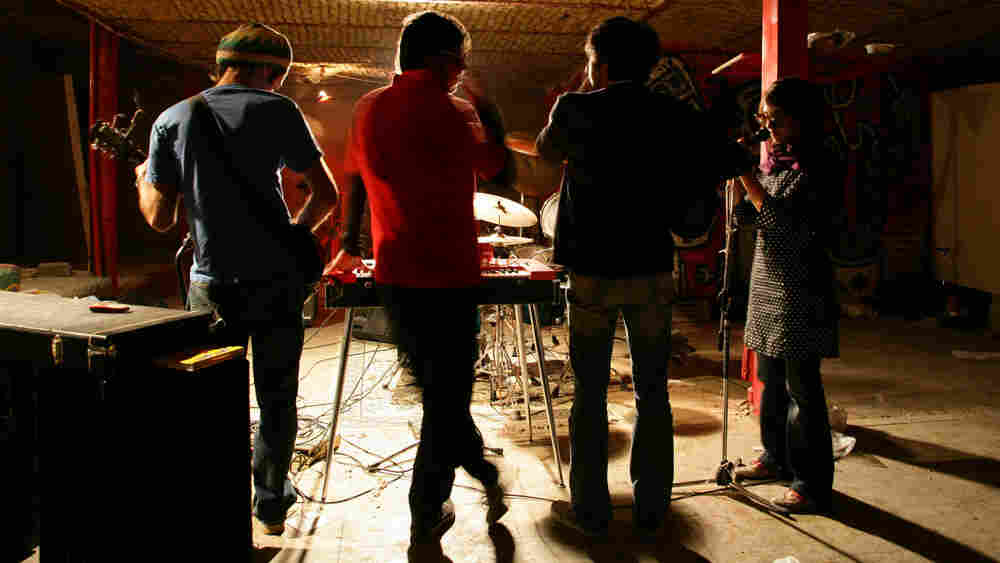 No One Knows
About Persian Cats

'We Need A Good Guitarist'

When I was growing up, it was an article of faith that rock 'n' roll could change the world. These days that faith has waned. You see, rather than overturning mainstream culture, rock has turned into it. The Who didn't actually die before they got old; they played halftime at the Super Bowl.

But there are places in the world where pop music still does carry a transformative charge. One of them is the Islamic Republic of Iran, whose leaders are still busy clamping down on the millions who believe that the ruling government stole last summer's election. The state's attempt to quash free expression lies at the heart of No One Knows About Persian Cats, a jagged, energetic, touching new movie by Bahman Ghobadi. Shot without permission using a small digital camera, this thinly fictionalized portrait of Tehran's underground music scene uses real musicians to re-enact the conflict between indie rockers who just want to make music and authorities who find the Great Satan's horns in every riff and backbeat.

The movie centers on two mild-tempered musicians, the bearded Ashkan and the scarf-wearing Negar, who've just gotten out of prison for their musical crimes. He and she aren't radicals looking to rock the Casbah, even if the Casbah were in Iran, not Algeria. No, they just want to find some musicians for their band -- it's called Take It Easy Hospital -- and get documents so they can play abroad. To do this, they enlist the help of their wheeler-dealer friend Nader, an exuberant DVD bootlegger.

The three spend the movie zooting around the city, often traveling in darkness and dipping into basement hidey-holes. Along the way they encounter music producers, traffickers in illegal passports, bullying magistrates and, above all, other musicians. There's the handsome singer who teaches refugee kids from Iraq and Afghanistan; there's the metal band that practices amid cows in a barn. And there's the terrific rap group Hichkas, who insists that its songs can only have meaning when played for people in Tehran.

As we listen to the various bands, Ghobadi offers us video montages of that city -- shades of early-'80s MTV. The shots give us a feel for the texture of a sprawling metropolis defined by wealth and poverty, exuberance and repression. 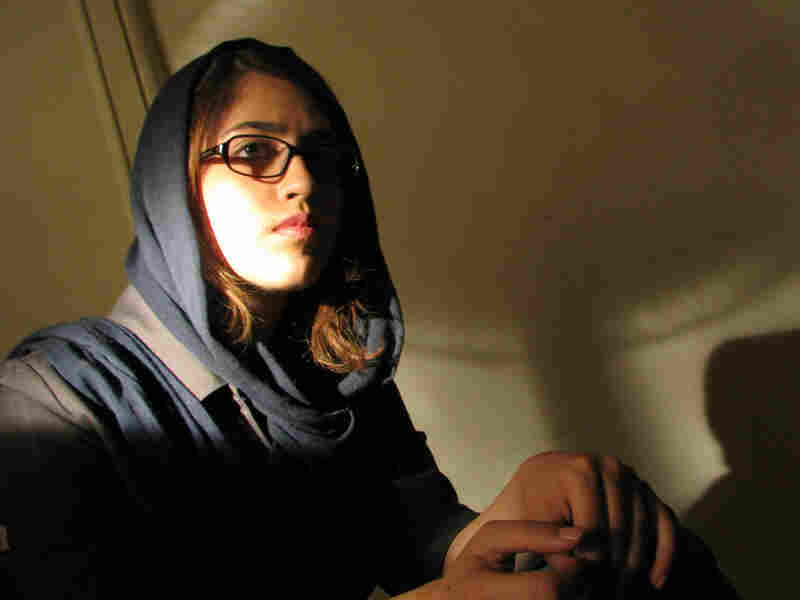 Negar Shaghaghi plays a musician who's just been released from prison for playing the music she loves. Mijfilm hide caption 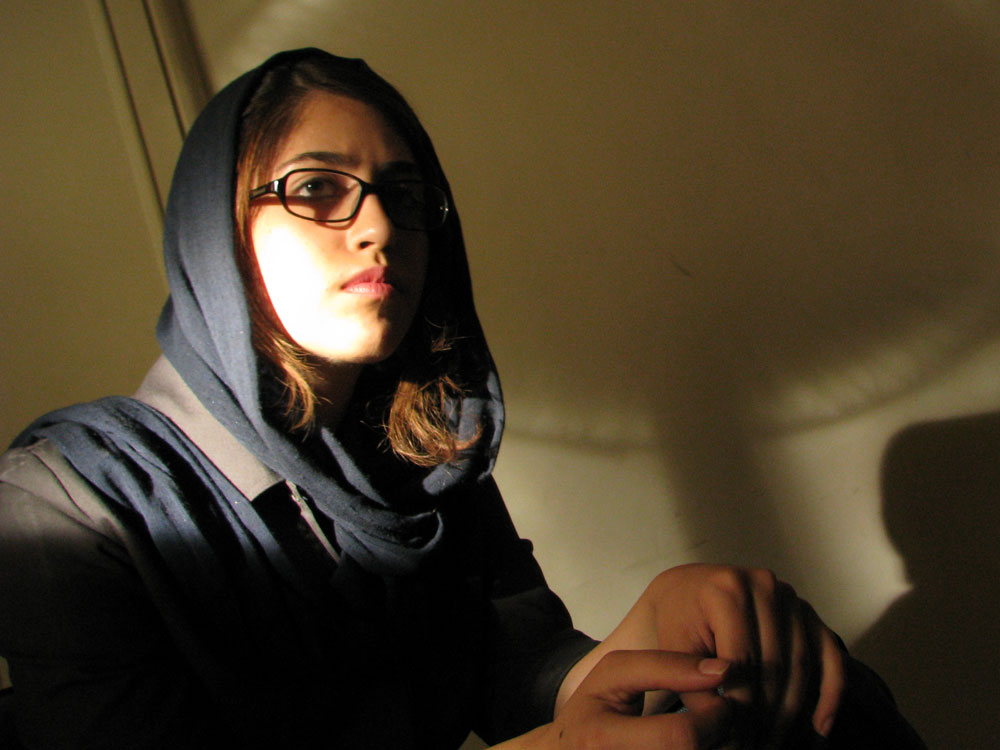 Negar Shaghaghi plays a musician who's just been released from prison for playing the music she loves.

The great Polish philosopher Leszek Kolakowski used to say that one of the most crushing flaws of communism was its totalizing vision. It had opinions about everything -- art and science and what you ought to be thinking. The same holds true for a theocracy like Iran, where the state weighs in on how people dress, what they do with their pets -- Persian cats, for example, can't be taken outside -- and what culture they're allowed to enjoy, a bullying well documented in Azar Nafisi's superb best-seller Reading Lolita in Tehran and in Jafar Panahi's wonderful movie Offside, about teenage girls who disguise themselves as boys to attend soccer matches because women aren't allowed to attend. It's worth noting, by the way, that Panahi -- the key Iranian filmmaker of the past decade -- is now in prison for protesting last summer's election.

Now, you can understand why the mullahs hate rock music, which doesn't merely possess an unruly energy, but enters people's heads as the siren song of the West. They're well aware that rock 'n' roll became one big way that Soviet and Eastern European dissidents showed their rejection of communism. It was no mere coincidence, after all, that Vaclav Havel, the king of Czechoslovakia's Velvet Revolution, was a huge fan of The Velvet Underground. That said, the Iranian authorities are stuck with the same paradox that boomeranged on the communists: When you crack down on rock music, you only make it a more powerful and alluring metaphor for freedom.

That's precisely what we see in No One Knows about Persian Cats. Negar and Ashkan and their pals aren't radicals. They're passionate young people who just want to play the alienated music they love. But because the authorities won't let them, they believe, as one says, "you can't do anything here." And it's this angry disillusionment -- far more than any rock song -- that explains why hundreds of thousands of young people have taken to the streets, and why the Iranian theocrats should be worried that the times, they are a-changin'.