Accessibility links
Ben Taylor And Stephen Kellogg On World Cafe : World Cafe Taylor and Kellogg recently sat down for a chat with David Dye during the Cayamo Cruise, a five-day-long music-themed cruise through the Caribbean. Hear the interview, as well as some of the pair's live performances from the musical voyage. 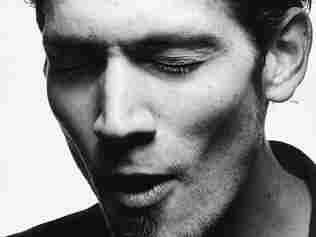 Ben Taylor and Stephen Kellogg recently sat down for a chat with World Cafe host David Dye during the Cayamo Cruise, a five-day-long music-themed cruise through the Caribbean. Click the link above to hear the interview, as well as some of the pair's live performances from the musical voyage.

Though musician and actor Ben Taylor is the son of famous folk-pop musicians James Taylor and Carly Simon, he says he didn't always envision following in his parents' footsteps. In fact, the young Taylor had no intention of becoming a musician at all, but music seemed to come naturally to him. By the time he entered high school, he'd acknowledged his own talent, taught himself guitar and chosen to pursue a life of music and acting.

After forming the Ben Taylor Band in Los Angeles with Larry Ciancia, Adam MacDougall, Rick Masallam and Joe Dunne, Taylor broke out of his shell. The group paved the way for Taylor's solo career, in which he's experimented with sounds outside of traditional folk. Describing his music as "neo-psychedelic folk funk," he combines funky bass lines, soulful vocals, instrumental experimentation and a keen pop sensibility.

Embracing his love of classic '70s singer-songwriters such as Cat Stevens and '80s rock and metal bands like Motley Crue, Stephen Kellogg merges many styles to create fun and introspective music. After graduating from college, Kellogg honed his personal and thoughtful songwriting. His efforts paid off when he began touring and recording as a solo artist; his first album, South of Stephen, was released in 2000 and followed by the poppier Lucky 11 in 2002. While Kellogg's touring earned him a strong reputation across the Northeast, his greatest success came after he pieced together a strong on-stage band in Northampton, Mass. Joining Kellogg here is drummer Brian Factor, bassist/keyboardist Keith Karlson and guitarist Chris Soucy, all performing together under the band name The Sixers.

The energy the new band brings to Kellogg's work was quickly recognized, especially after the group contributed to his 2004 album Bulletproof Heart. Performing as Stephen Kellogg and the Sixers, the band's most recent collaboration is 2009's The Bear, on which the singer again bridges different styles.