Accessibility links
Timeline: Priest Abuse Claims Date Back Decades The Vatican is facing a new round of charges that leaders in the church hierarchy tried to cover up allegations that some priests abused children, but the cases involved date back decades. Here's a timeline of key events.

The Roman Catholic Church is once again defending itself against charges that top officials sought to cover up cases of child sexual abuse by priests. Criticism has been leveled at Pope Benedict XVI himself, for his actions as an archbishop and as the head of a Vatican watchdog group.

These are just the latest allegations in a controversy that has been brewing over the past 60 years. Here are some key events in that history: 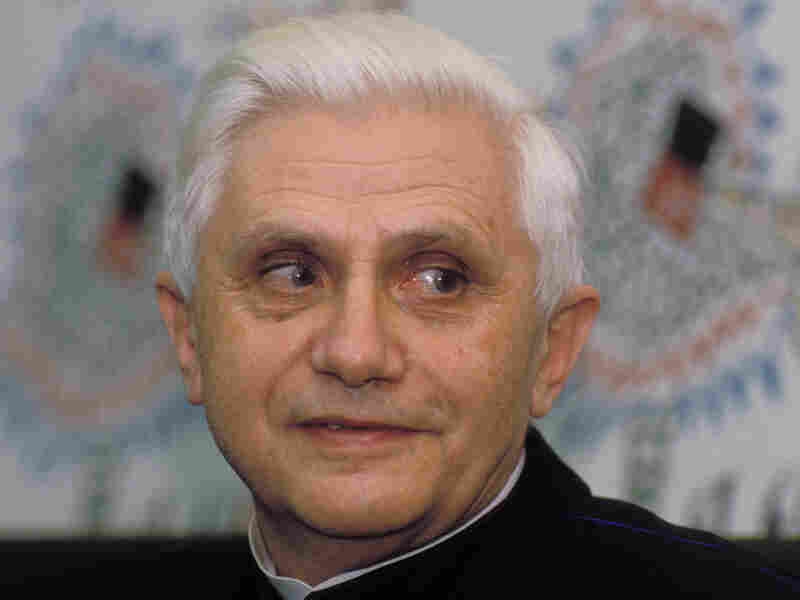 Before he became Pope Benedict XVI, Cardinal Joseph Ratzinger led the Congregation for the Doctine of the Faith, which was tasked with investigating crimes in the church. This photo was taken in 1989. Rafa Samano/Getty Images hide caption 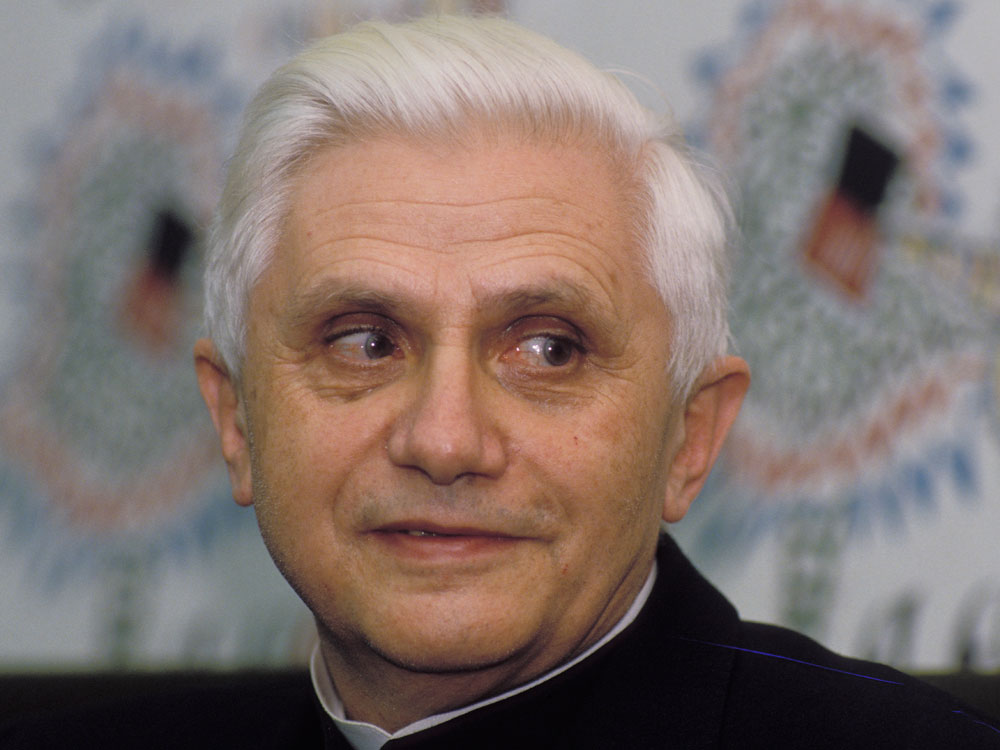 Before he became Pope Benedict XVI, Cardinal Joseph Ratzinger led the Congregation for the Doctine of the Faith, which was tasked with investigating crimes in the church. This photo was taken in 1989.

1981 -- Cardinal Joseph Ratzinger (now Pope Benedict XVI) becomes prefect of the Congregation for the Doctrine of the Faith, the Vatican's watchdog agency for faith and morals, including the investigation of serious crimes.

The German-born cardinal comes to the job at a time when revelations about the sexual abuse of children by Catholic priests are beginning to surface, especially in the United States.

Among the accused are the Rev. Lawrence C. Murphy, a priest at a school for the deaf in Wisconsin, who eventually acknowledges molesting more than 200 boys, and the Rev. Marcial Maciel Degollado, the Mexican-born founder of the Catholic order, The Legion of Christ.

If the controversy over child sexual abuse in the Roman Catholic Church has more resonance these days, it's because some charges touch on cases that involved Cardinal Joseph Ratzinger before he became Pope Benedict XVI.

1985 -- In one of the first major abuse cases to become public, Louisiana priest Gilbert Gauthe pleads guilty to 11 counts of molesting boys. He serves 10 years in prison.

1992 -- Massachusetts priest James Porter is charged with sexually abusing more than two dozen boys and girls. Porter, who pleads guilty and is sentenced to 18 to 20 years in prison, is the first case in what becomes a major scandal in the Boston diocese.

1992 – At a meeting in South Bend, Ind., the U.S Conference of Catholic Bishops acknowledges that some bishops have attempted to cover up abuse.

1996 -- Milwaukee's archbishop writes to Cardinal Ratzinger calling for canonical trials for two priests in his diocese who are accused of sexual abuse, including Murphy. He receives no response. Over the next two years, Wisconsin bishops will press for Murphy's dismissal but receive no encouragement from the Vatican.

1997 -- Maciel is charged with sexually abusing seminarians and boys in his care. Ratzinger orders the investigation closed.

1999 -- A Massachusetts court brings child rape charges against former priest John Geoghan. Throughout his career, Geoghan had been repeatedly accused of sexually molesting boys but was transferred from parish to parish until 1998, when he was finally defrocked. 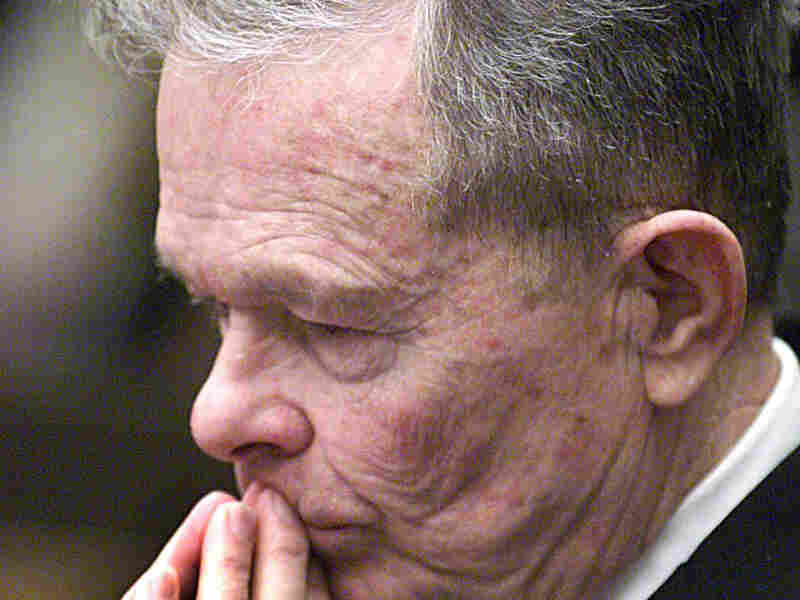 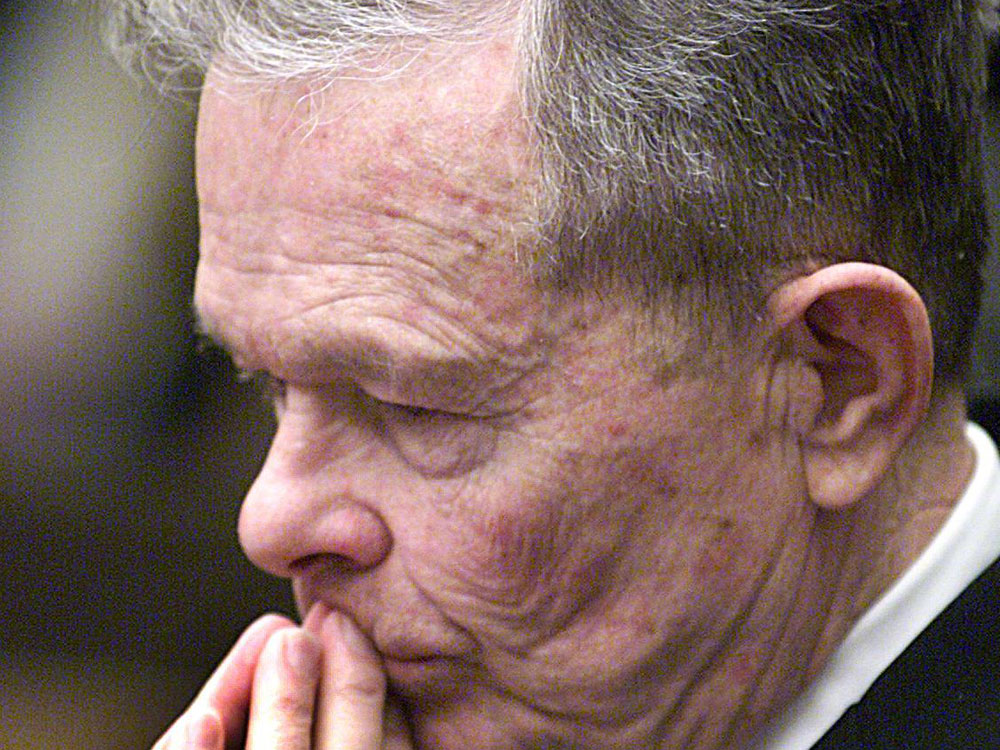 Former Boston priest John Geoghan was sentenced to up to 10 years in prison for child sexual abuse.

2002 -- The Vatican issues guidelines for dealing with allegations of child sexual abuse by priests. It calls for all cases to be reported to Rome but makes no mention of reporting the charges to local criminal authorities.

2002 -- Geoghan is sentenced to up to 10 years in state prison. Boston Cardinal Bernard Law apologizes to Geoghan's victims, and the archdiocese pays $10 million to settle lawsuits brought by victims and their families.

Law and his top aides are accused of covering up allegations against pedophile priests. In December, on the day that he is scheduled to testify before a grand jury, Law goes to Rome, where he remains. A week later, he resigns as archbishop of Boston. 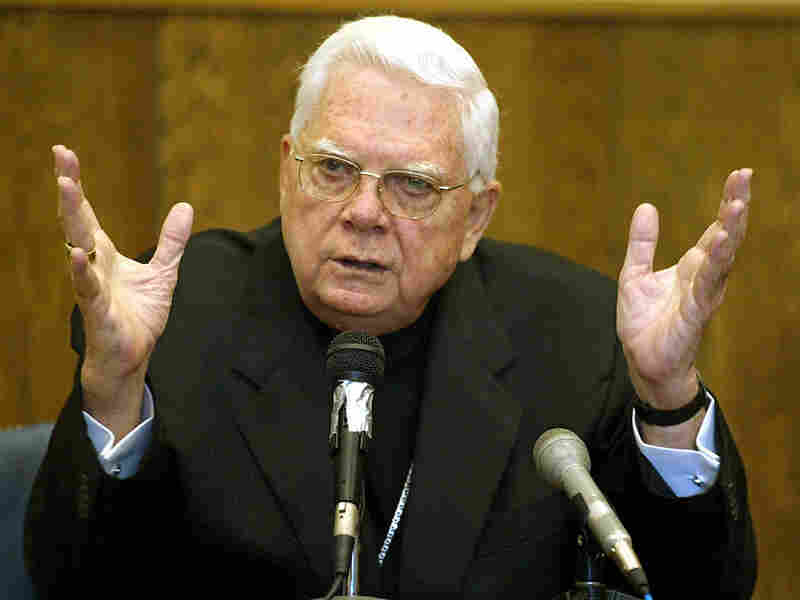 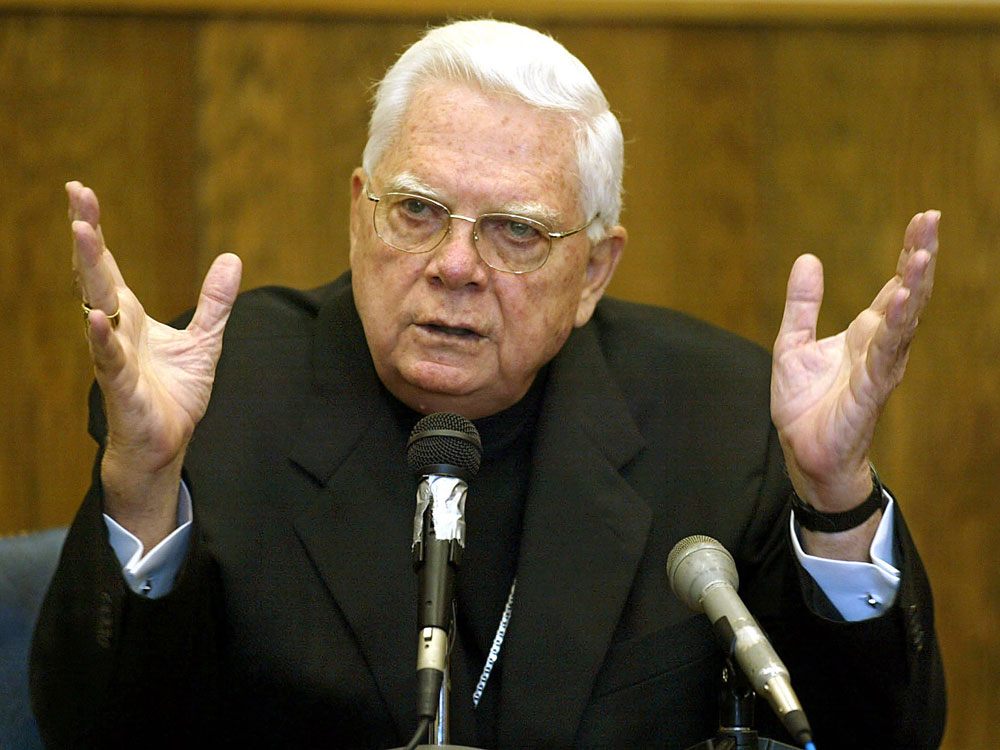 Cardinal Bernard Law at a hearing involving defrocked priest John Geoghan. Law resigned as archbishop of Boston in the wake of the scandal.

The following year, Geoghan dies in prison, murdered by a fellow inmate.

2004 -- A report commissioned by the U.S. Conference of Catholic Bishops details allegations of child sexual abuse against Catholic priests between 1950 and 2002.

The report, by the John Jay College of Criminal Justice, finds that more than 10,000 people have made such allegations during the period. Catholic dioceses are able to substantiate accusations against more than 4,000 priests in the U.S., about 4 percent of all priests who served during that time.

2004 -- The Portland, Ore., archdiocese files for bankruptcy, saying it has been drained by tens of millions of dollars in settlements paid to victims of sexual abuse by priests. Other dioceses follow suit, including those in Tucson, Ariz., Spokane, Wash., and Davenport, Iowa.

2006 -- A reopened Vatican investigation finds Maciel guilty of multiple acts of sexual abuse of minors. He is not defrocked but is ordered by Pope Benedict to stop his public ministry and adopt a "life of prayer and penitence."

2007 -- The San Diego diocese becomes the largest in the nation to file for bankruptcy, beset by more than 150 lawsuits alleging sexual abuse by about 60 priests.

Lawyers for the plaintiffs charge that the diocese chose bankruptcy to avoid having details of the abuse claims come out in court. 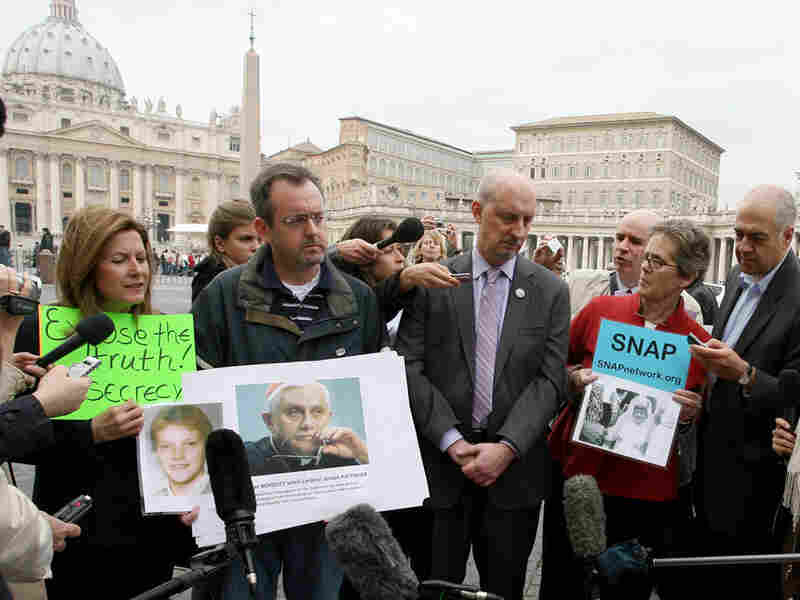 Members of the U.S. organization SNAP (Survivors Network of those Abused by Priests) protest in St. Peter's Square at the Vatican on March 25. STR/AFP/GettyImages hide caption 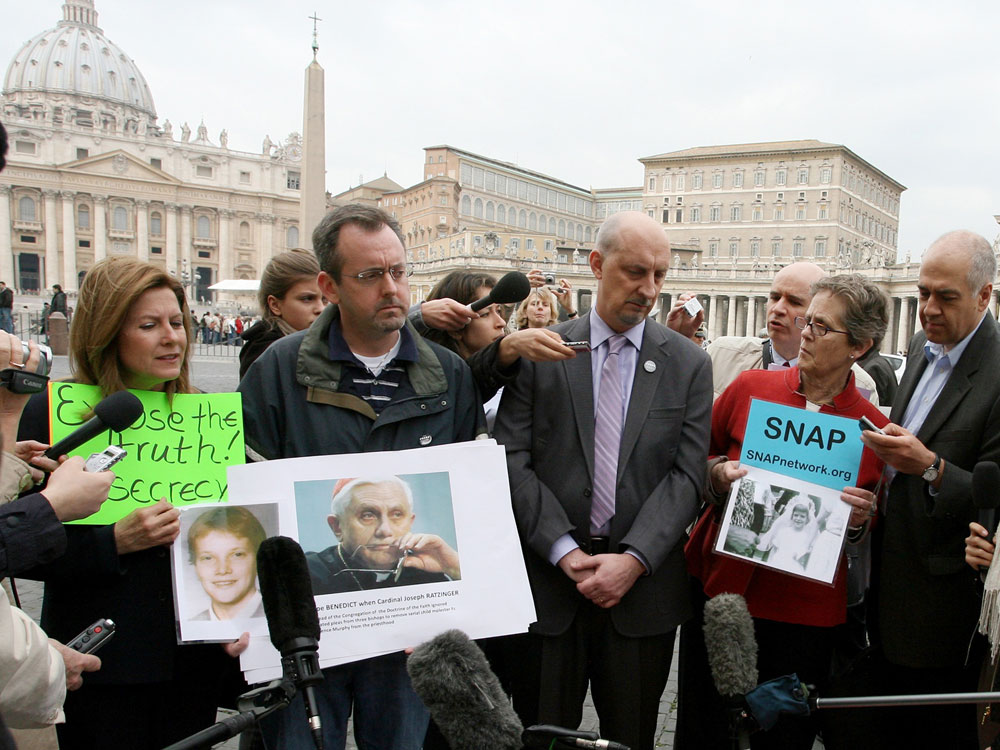 Members of the U.S. organization SNAP (Survivors Network of those Abused by Priests) protest in St. Peter's Square at the Vatican on March 25.

2008 -- Pope Benedict announces that he is "deeply ashamed" by the sexual abuse scandals among priests in the U.S. He says the church will not allow pedophiles in the priesthood.

2010 -- Long-simmering allegations of priest sexual abuse come to the fore in Germany, Brazil and Ireland. One case alleges that when Pope Benedict was archbishop of Munich in the early 1980s, he approved the transfer of a priest who was accused of molesting boys. After then-Cardinal Ratzinger's departure, the priest was allowed to resume pastoral work, where he continued the pattern of abuse. A Vatican spokesman says the pope was not responsible for the priest's subsequent crimes. 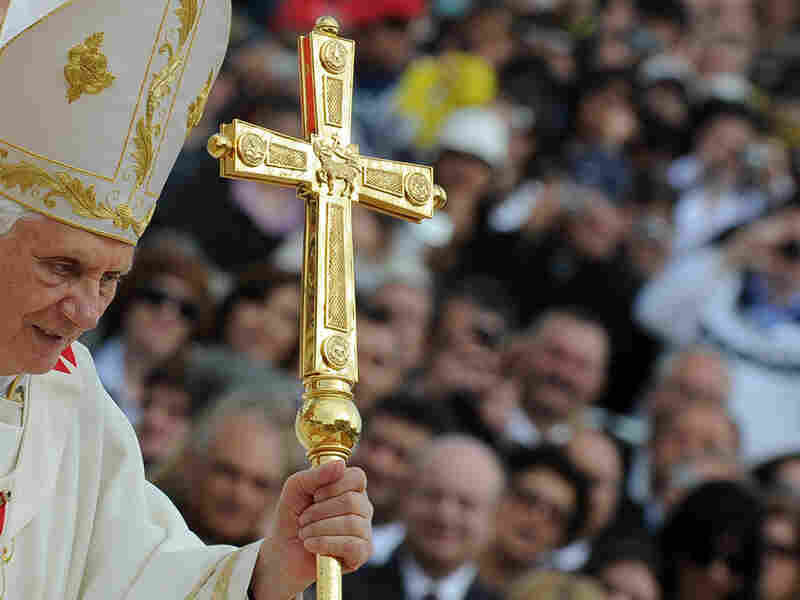 Pope Benedict XVI arrives to celebrate mass in Malta on April 18. The Pope met with victims of sexual abuse by priests while he was in Malta. Alberto Pizzoli/AFP/Getty Images hide caption 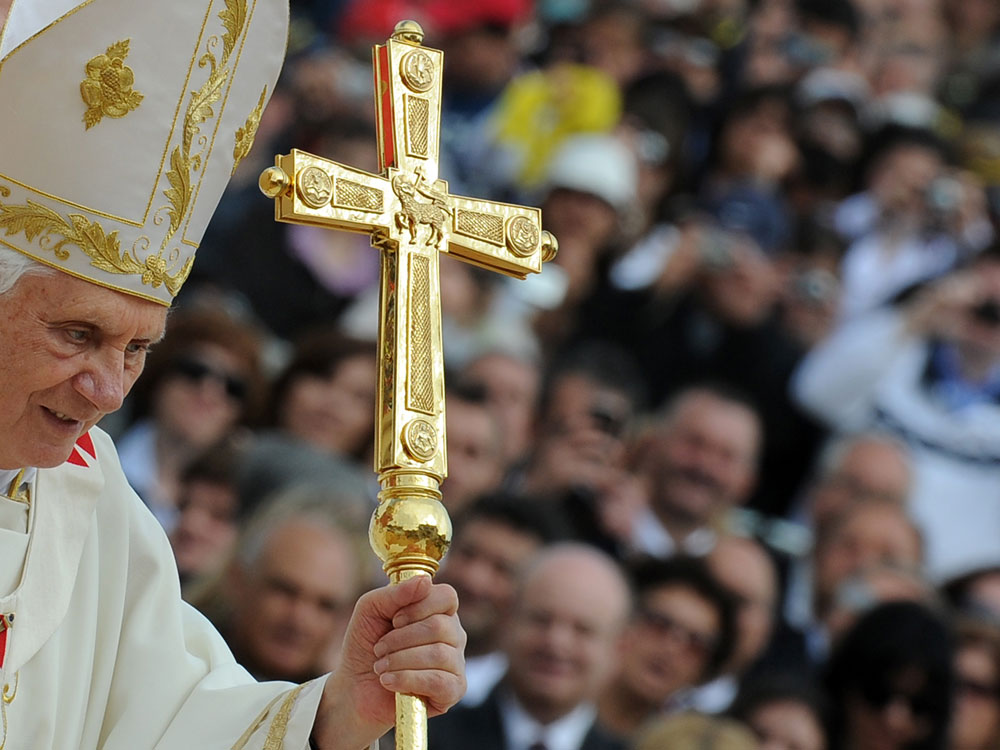 Pope Benedict XVI arrives to celebrate mass in Malta on April 18. The Pope met with victims of sexual abuse by priests while he was in Malta.

If the controversy over child sexual abuse in the Roman Catholic Church has more resonance these days, it's because some charges touch on cases that involved Cardinal Joseph Ratzinger before he became Pope Benedict XVI.

Here are some key cases that are part of the controversy:

In 1981, the Diocese of Oakland, Calif., wrote to the Congregation for the Doctrine of the Faith, asking to defrock a 38-year-old priest named Stephen Kiesle. Three years earlier, Kiesle had pleaded no contest to a misdemeanor charge of lewd conduct with two young boys. He was sentenced to three years' probation.

The Congregation is the Vatican's main watchdog on issues of church doctrine and on investigation of serious crimes within the church. Oakland Bishop John Cummins wrote to the newly appointed head of the office, Cardinal Ratzinger, to ask that Kiesle be removed from the priesthood.

Although the bishop followed up periodically, warning that the church could face scandal if Kiesle remained a priest, the Vatican did nothing for four years. During at least part of that time, Kiesle volunteered as a youth minister at a California church.

In 1985, Ratzinger wrote to the bishop saying that the removal of a priest required very careful review and would take more time. Writing in Latin, the future pope told Cummins that any decision regarding Kiesle must take into account "the good of the universal church," and the "detriment that granting the dispensation can provoke within the community of Christ's faithful…."

It was two more years before Kiesle was finally defrocked. In 2004, he pleaded no contest to a felony charge of molesting a young girl in 1995. He was sentenced to six years in prison for the crime.

In 1990, members of a church tribunal in Tucson, Ariz., found that the Rev. Michael Teta had been abusing boys at the diocese since 1978. Some cases took place in a confessional, behavior that the tribunal termed as "almost satanic."

Cardinal Ratzinger officially took over the case, but it took another 12 years before Teta was formally removed from the priesthood.

A Vatican spokesman has said Teta was actually ordered defrocked in 1997, but he appealed the removal. Because the church was in the process of changing its rules on appeals, the spokesman said, the appeal was placed on hold for several more years. Teta wasn't officially removed from the priesthood until 2004.

As early as 1956, the Vatican was investigating a charismatic Mexican-born priest named Marcial Maciel Degollado on charges of drug use and sexual abuse of boys and seminarians in his care.

Maciel, the founder of the Catholic order The Legion of Christ, was suspended for three years, but reinstated in 1959. He went on to become one of the church's most prolific fundraisers, establishing schools, universities and charitable institutions.

But he was also the target of repeated accusations of sexual abuse and misconduct.

Investigative reporter Jason Berry, who has written extensively about Maciel, says a former Legion priest named Juan Vaca tried three times between 1976 and 1989 to get the Vatican to investigate detailed allegations against Maciel. He was unsuccessful.

In 1997, Maciel was again charged with molesting boys and young men but, again, the investigation was quashed. Berry says Maciel funneled thousands of dollars in cash donations to top church officials who were close to Pope John Paul, helping to assure their support.

After Ratzinger became pope in 2005, the investigation was reopened, and Maciel was found guilty. Pope Benedict did not remove him from the priesthood, but he did order Maciel to stop his active ministry and adopt a "life of prayer and penitence."

The most recent case to come to light began when Joseph Ratzinger was archbishop of Munich and Freising in Germany, from 1977 to 1982.

A priest, identified in German records as "Father H," was accused of molesting boys. In January of 1980, the archbishop approved the transfer of the priest to Munich so that he could undergo therapy.

In September of 1982, after Cardinal Ratzinger had been promoted to a new job at the Vatican, Father H was transferred to a nearby German town where he did pastoral work until he was once again accused of sexual abuse. In 1985 he was relieved of his duties in the church. The following year he was convicted in criminal court and given an 18-month suspended sentence.

Despite his record, Father H was moved to another parish, where he spent more than 20 years, first as a priest and later as a parish administrator. That ended in 2008, when he was once again removed from his duties and forbidden to work with young people.

Although records show that Ratzinger approved H's 1980 transfer to therapy, a subordinate took responsibility for allowing H to return to pastoral work. Vatican spokesman the Rev. Federico Lombardi, says the statement by the archdiocese of Munich and Freising shows the "nonresponsibility" of the pope.