Accessibility links
As College Wait Lists Grow, So Does The Anxiety An unusually large number of high school seniors this year are still waiting to find out where they're going this fall, because colleges have put more of them on wait lists. The University of California system, for example, is using a wait list for the first time ever this year. 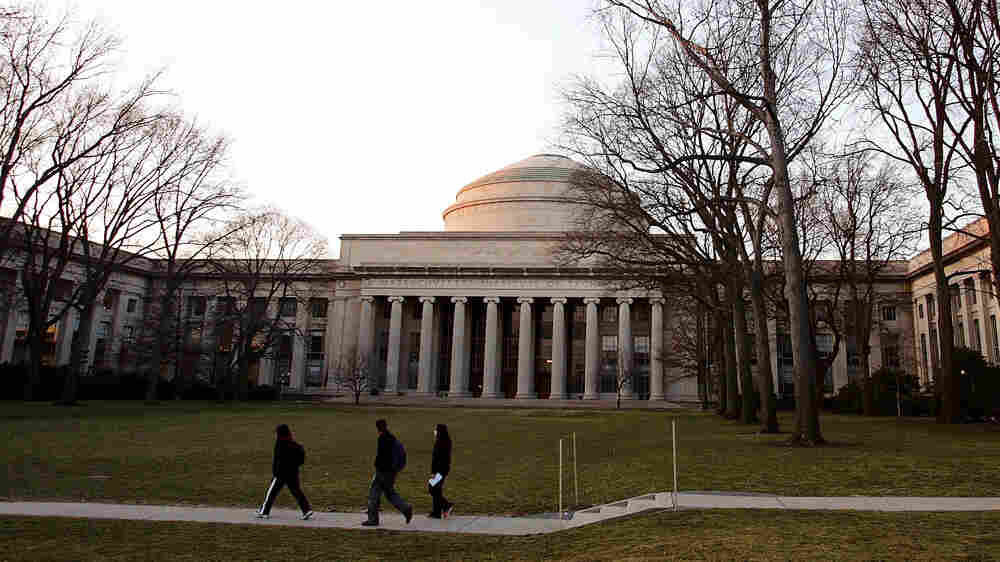 A view of the Massachusetts Institute of Technology campus in Cambridge, Mass. MIT says it tried being nice last year by keeping its wait list much smaller than usual, but then it almost got burned when the school needed extra students. Joe Raedle/Getty Images hide caption 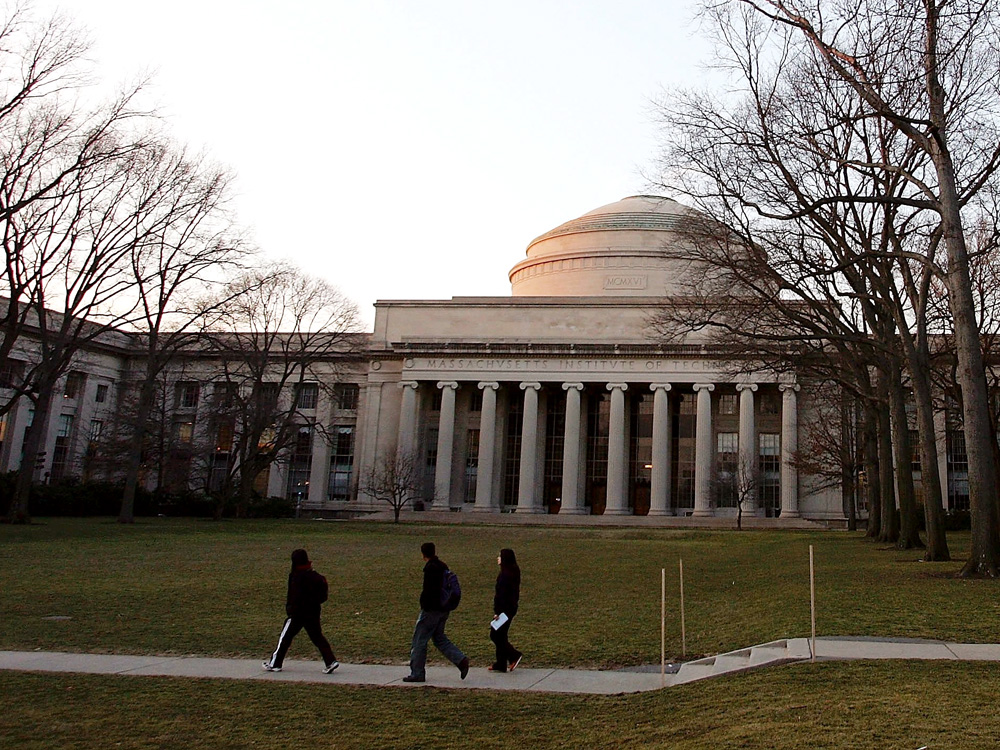 A view of the Massachusetts Institute of Technology campus in Cambridge, Mass. MIT says it tried being nice last year by keeping its wait list much smaller than usual, but then it almost got burned when the school needed extra students.

An unusually large number of high school seniors this year are still waiting to find out where they're going to college this fall, because colleges have put more of them on wait lists.

One of the 10,000 students wait-listed this year at the University of California is Jevante Davis, who had his heart set on UC-Santa Barbara.

A star of the wrestling and mock trial teams, Davis has the best SAT score in the history of his Los Angeles high school. He spent months perfecting his application and then waiting and waiting for an answer -- only to find out it wasn't a "yes" or a "no."

"It just said, 'We regret to inform you, you haven't been offered admission, but we could offer you a spot on the waiting list.' And now I'm waiting again," Davis says.

The University of California system is using a wait list this year for the first time ever. Administrators say the economic uncertainty has left them unsure of how many students they can take -- and also, of how many accepted students will actually enroll. So they're using wait lists to hedge their bets. It is peace of mind for schools but high anxiety for students like Davis.

Many private colleges are also mailing out more maybes this year.

"My maybes came in yes-size envelopes," says senior Joelle Rebeiz. "That was difficult."

Rebeiz got wait-listed at five schools. She commiserates with classmates in the college counseling office at Buckingham, Brown and Nichols, a day school near Boston. The room is stocked with rubber stress balls, chocolates and tissues for anxious students like Rebeiz who have no clue what their wait list chances are or whether they'll hear back in one month or three.

Months after she finished her applications, Rebeiz now finds herself at it again -- sending schools more grades, essays and recommendations.

Some schools make it clear: Don't call us, we'll call you. Others are more open.

Davis has requested a meeting at UC-Santa Barbara. Regardless, he says, he'll just show up. "Get dressed real nice and go shake hands with the big dogs. I mean, whatever I have to."

Davis' mentor, John Calvin Byrd, who works as an after-school coordinator at the Susan Miller Dorsey High School in Los Angeles, is encouraging the trip, but he also worries about setting kids up for disappointment.

"These students come in my classroom every single day asking, and I don't know exactly what to tell them. It's like torture," Byrd says.

Barmak Nassirian of the American Association of Collegiate Registrars and Admissions Officers says some schools have gone so far overboard with long wait lists this year that it's inhumane.

"I think it is very unfair to keep people in suspense and offer them what may be, at least statistically, a false hope," Nassirian says. "It strikes me as excessive, sometimes, when I see 10 times as many students on your wait list as you have ever taken off of your wait list. It just looks like some people are on it who really should be basically put out of their misery and told no."

But colleges say it's not so easy. For example, the Massachusetts Institute of Technology says it tried being nice last year and kept its wait list much smaller than usual, but then it almost got burned when the school needed extra students. Stu Schmill, MIT admissions dean, says colleges need to have a large cushion.

"If we don't plan for the worst case and it happens, then we're stuck looking for students that we don't have," Schmill says.

Schmill says schools also want to be able to find certain kinds of kids on the wait list. For example, they may need to fill out their architecture program or volleyball team. Waiting may be hard, he says, but it's something kids have to learn to deal with.

"This is part of life, and they need to learn that having a positive attitude and learning how to go forward, regardless of the outcome, is really the most important aspect of this," Schmill says.

Schmill says kids who simply can't take waiting anymore are always free to opt off the list. It happens more than you'd think. As one student put it, no one wants to be anyone's backup date for the prom.