Accessibility links
The Birds And The Bees Thrown Off By Early Spring In recent years, spring has been coming several days early. That may confuse plants and animals, making them shift their schedules — with unhappy results. For example, some birds are migrating with the expectation that food, as in bugs, awaits them along the way. But now, the food might not be there at the usual time. 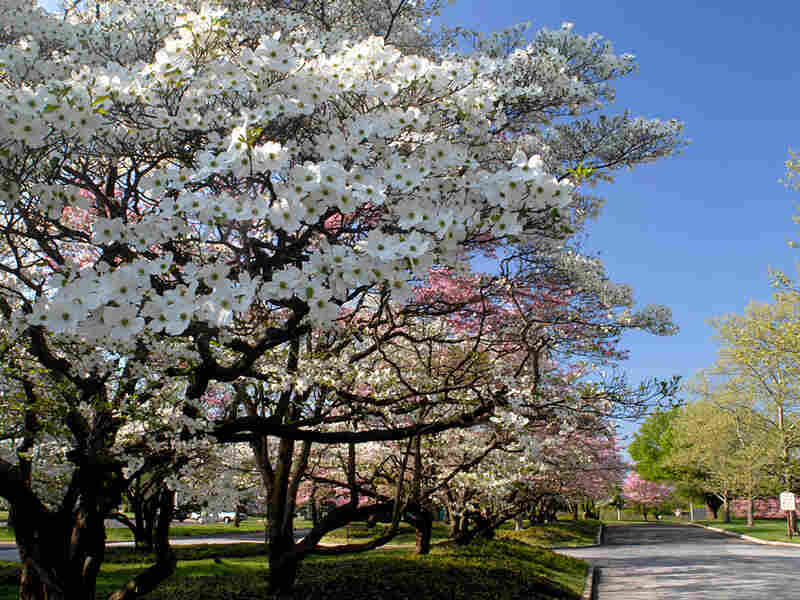 In many places, dogwood trees and lilac bushes are flowering earlier. According to scientists who study how seasons affect plant and animal life cycles, spring is now coming several days earlier than it did a few decades ago. iStockphoto.com hide caption 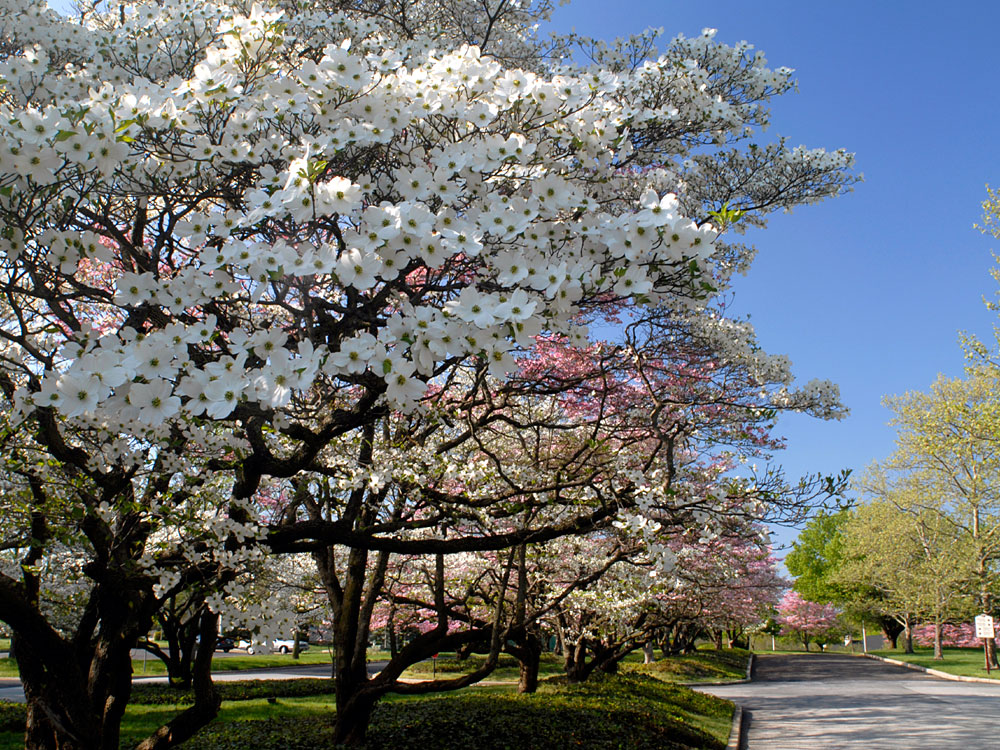 In many places, dogwood trees and lilac bushes are flowering earlier. According to scientists who study how seasons affect plant and animal life cycles, spring is now coming several days earlier than it did a few decades ago.

Scientists who study the world's climate have predicted that global warming could cause spring to start earlier. And that appears to be what's happening, at least in some places.

The signs vary, but you don't have to look around to see them -- you can rely on your nose.

"Our noses start running earlier in the spring than they used to," says David Schimel, a scientist who runs the National Ecological Observatory Network, or NEON.

Now, noses aren't exactly scientific instruments, and it's not just pollen that can make them run. So scientists look for other markers of spring. Schimel looks for them in the Rocky Mountains.

"One of the most reliable ones is the timing of snowmelt," he says. "Looking back over those records retrospectively, one can see a very steady, progressive change towards earlier snowmelt and earlier runoff."

There are other signs, too: lilacs or dogwoods are flowering earlier in many places, for example. Scientists who study how seasons affect plant and animal life cycles -- it's called phenology -- say that on average, spring comes several days earlier now than it did a few decades ago. 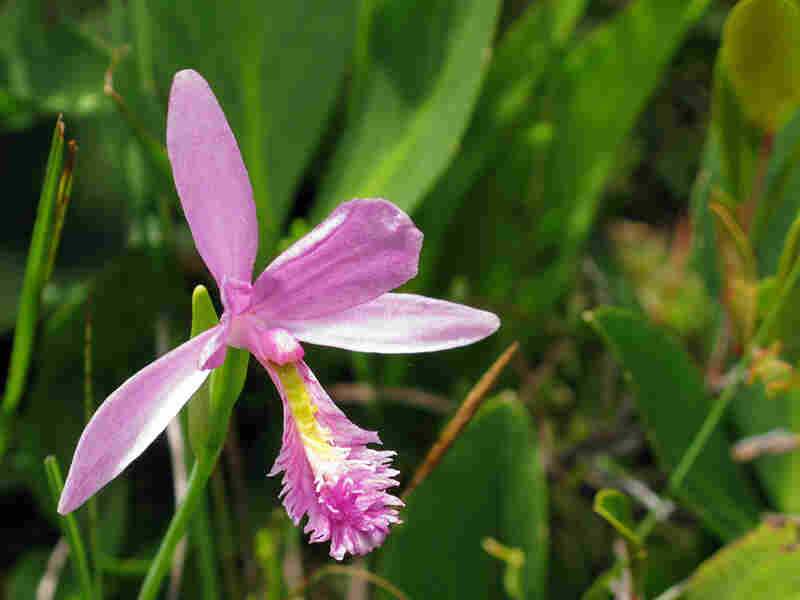 Early spring could potentially shift the schedules of flowering plants such as the pogonia orchid and the bumblebee, its pollinator. Sandy Richard via Flickr hide caption 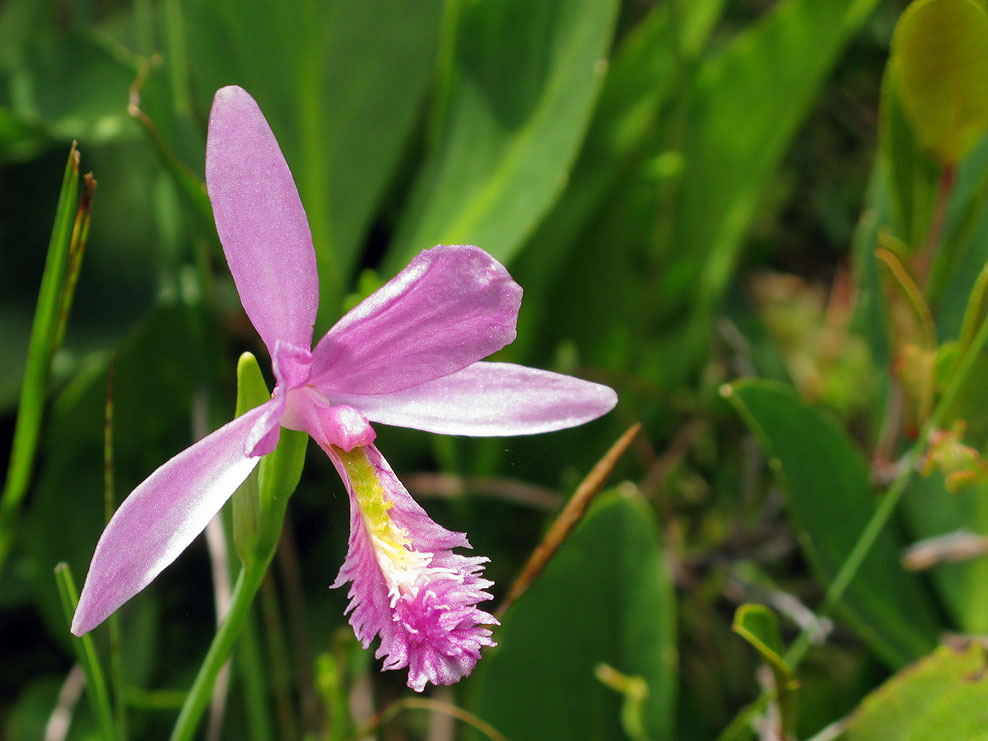 Early spring could potentially shift the schedules of flowering plants such as the pogonia orchid and the bumblebee, its pollinator.

They've collected years of data that show it's not just an odd year now and then, but something persistent -- and something climate scientists say is a sign of a warming world.

An Early Spring's Effects On The Ecosystem

And Schimel says early spring has consequences. For example, if snow melts earlier, the vegetation will suck up the water right away, "and the system dries out, which leaves a much longer dry spell for the rest of the summer, and fairly dramatically increases the possibilities of wildfire."

The Union of Concerned Scientists, an environmental group, is collecting data on early spring. Among those providing the data is Jake Weltzin, an ecologist at the U.S. Geological Survey. He points out that early spring may confuse plants and insects, and make them shift their schedules -- with unhappy results.

On the ground, early spring looks different, too. Dennis Whigham, a botanist at the Smithsonian Environmental Research Center in Maryland, spends much of his time in the center's hardwood deciduous forest. He says many plants and trees -- spring beauty, spicebush, oaks and maples -- are emerging or flowering earlier than usual because of higher temperatures.

"If you look at one year compared to the next," says Whigham, "you might not see that pattern, because some years are cooler in the spring than the previous year. But in general, it's clearly becoming warmer sooner."

Many plants remain dormant until soil and air temperatures get warm enough for a certain number of days; then they take off. Whigham bends over one of spring's debutantes, growing near a stream.

"This is an understory herb -- this particular one is called bloodroot," he says. "It's the first understory herb to appear in the spring, so it has these lovely white flowers."

It's only a few inches tall. But this year it's behaved strangely. Normally, it flowers for two weeks, but like many plants this year in Whigham's forest, its life cycle has sped up.

"And I noticed this year that the flowers -- I was seeing them for only about a week, which again is this whole notion of everything being compressed because it was so warm."

Whigham says he doesn't know whether this hurried flowering is due to climate change or something else, but scientists say a warming climate may lead plants and animals to do some strange things.

And they may have to do some very strange things to survive where they are if spring continues to come earlier and temperatures keep rising. Either that, or hit the road and head north.