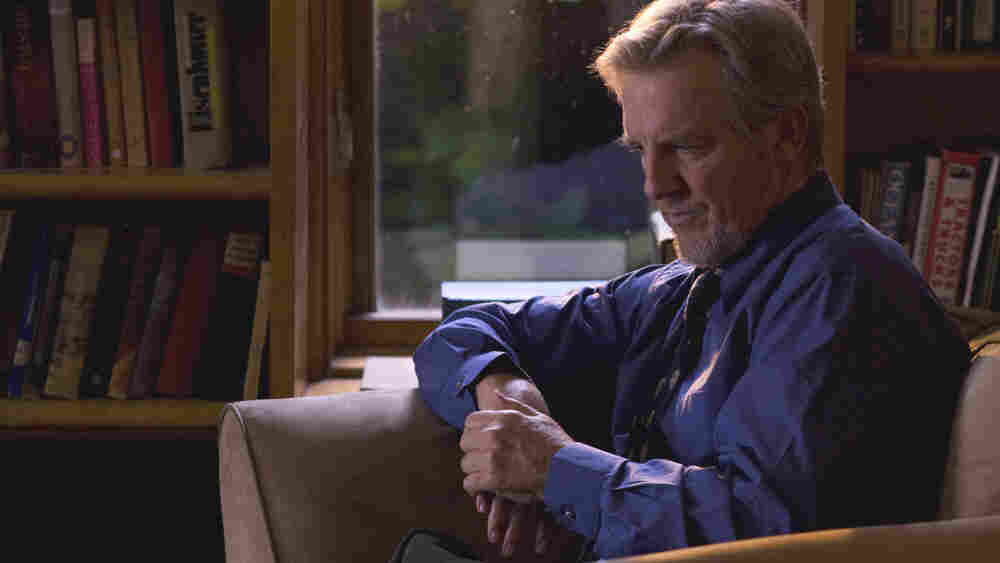 Jamey Sheridan shines in the title role as a divorced contractor who exists merely as a "pale shadow" of his former self. Worldview Entertainment hide caption

'Harry And Kagan Have Dinner'

'Harry And Kelley At The Hospital'

One way to think of Bette Gordon's Handsome Harry is as a revenge movie turned backward and inside out. That is, the bad guys take revenge on themselves. Thirty-three years after they did a very bad thing, they're still eaten away by guilt -- and one of them goes on a kind of pilgrimage to ask forgiveness from the person who was violated.

The pilgrim is Harry, once dubbed "Handsome Harry," a divorced New York contractor played by a brilliant actor named Jamey Sheridan. He has a long, somewhat flat face that can seem a mask of blandness or take on, in the movie's shadowy lighting, a faintly satanic cast. It's the face of a man with a secret, and, also, perhaps, of a man who keeps secrets from himself.

Shortly after his 52nd birthday, Harry receives a call from an old Navy buddy who's on his deathbed -- Kelley, played by Steve Buscemi. A long time ago, Harry, Kelley and three others drunkenly brutalized a fellow sailor, Kagan, after learning he was gay. Now, as he lies in his hospital bed, Kelley's memories flood back.

Prompted by Kelley's death, Harry visits one old Navy mate, then another and another, heading south toward Miami, where the victim, Kagan, lives. The story's structure is a little plodding; there's a buried secret, but it's broadly telegraphed. But in the end the movie's flaws recede. Each of Harry's encounters is strange, gripping and revelatory. None of these men has put that night behind him. Yet none has coped with the memory in anything like the same way.

Nicholas T. Proferes' screenplay breaks each meeting into vivid dramatic beats, starting with glimpses of each man's broken life or marriage, followed by Harry's awkward, inevitable, urgent question: "Do you remember what happened that night?" 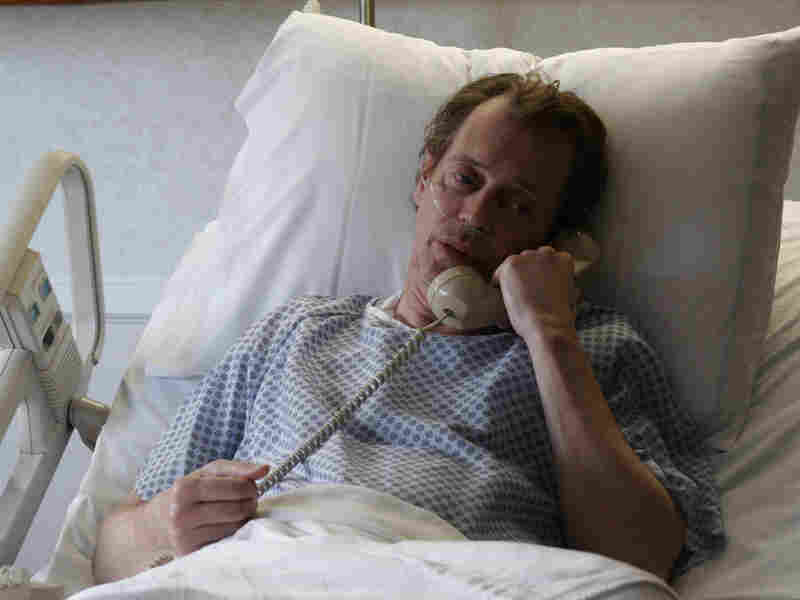 On his deathbed in a Philadelphia hospital, Steve Buscemi's character Kelley pleads with Harry Sweeney (Jamey Sheridan) to make amends for a near-fatal beating that happened decades ago. Worldview Entertainment hide caption 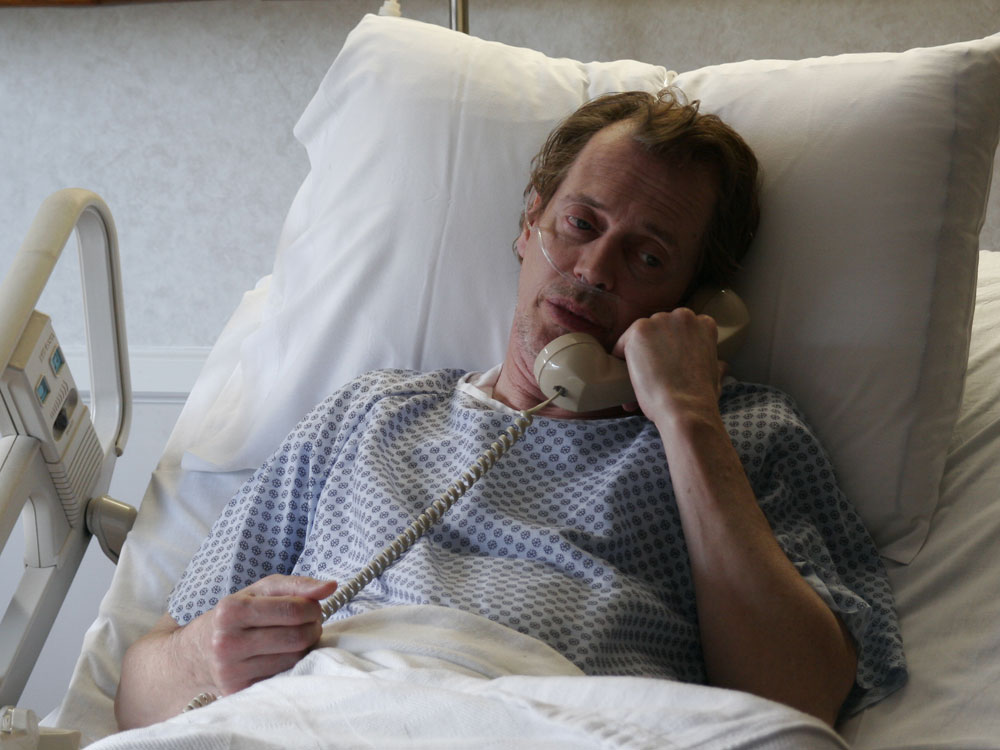 On his deathbed in a Philadelphia hospital, Steve Buscemi's character Kelley pleads with Harry Sweeney (Jamey Sheridan) to make amends for a near-fatal beating that happened decades ago.

The actors are beyond praise. Buscemi is more gaunt and hollow-eyed than ever, which is saying something. As an affluent, alcoholic real estate agent, John Savage is a man deformed by a messy, uncontainable rage. Aidan Quinn plays a professor who has channeled his guilt into an anti-military, anti-macho philosophy; this is the film's least credible idea, but Quinn gives it weight. Finally and most frightening is Titus Welliver as a born-again Christian whose wife is a paraplegic and who thanks the Lord in almost every sentence. The sight of him clutching a golf club and fighting to keep his true bile from rising is indelible.

Gordon has radar for the uneasy posturing of the archetypal American male, especially when the subtext is homosexuality. But her vision isn't reductive. Harry is damned, but we still have glimpses of a larger spirit, of the passionate man he was.

The victim, once a concert pianist, finally makes an appearance, although not in the way we expect. He's played by Campbell Scott, and his restraint is far more haunting than rage and tears. Kagan is a passive revenger. He has waited. And Harry's sin, we learn, came from a different place than his buddies' blind, stupid prejudice.

Underneath the revenge story in Handsome Harry is a kind of ghost story. Those ghosts aren't just the victims of hate, disfigured by a violent, senseless world. The ghosts are also the victimizers -- men like Harry who are pale shadows now, having murdered what was best in themselves.