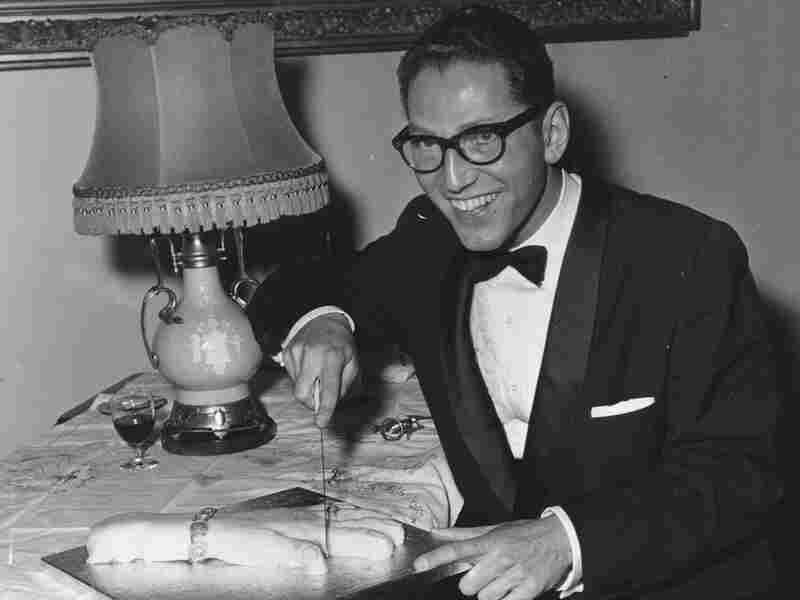 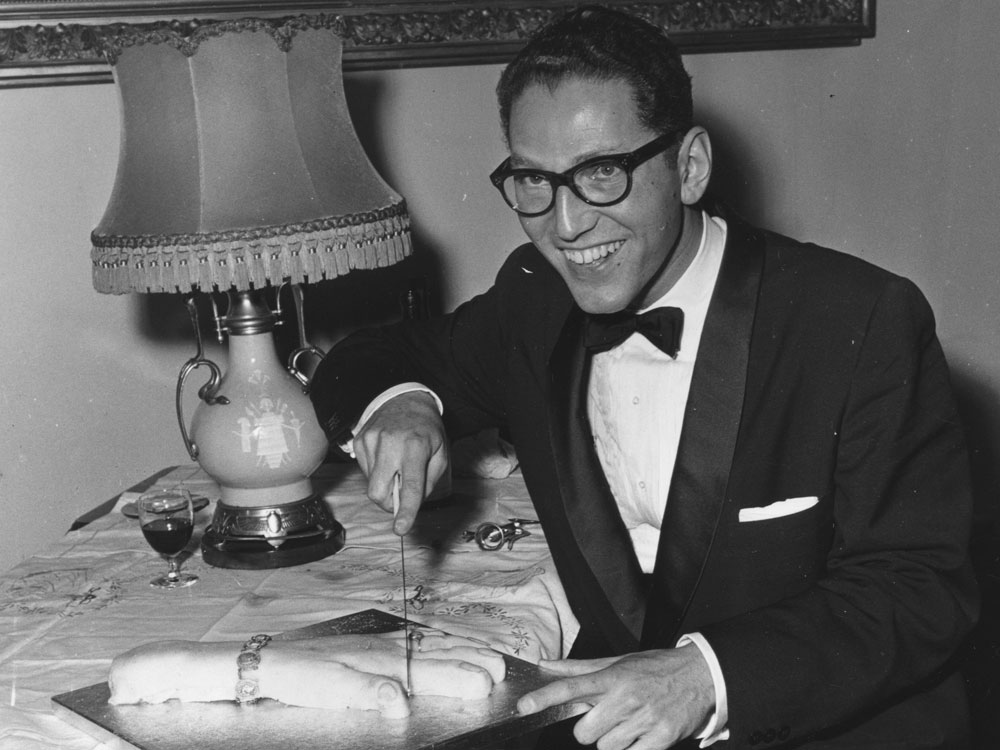 Tom Lehrer's music, The New York Times wrote in 1959, "is not fettered by such inhibiting factors as taste."

Poisoning Pigeons in the Park [Live]

We Will All Go Together When We Go

Even at the height of his fame in the mid-1960s, Tom Lehrer was a fairly elusive guy. He wrote songs for the American version of That Was the Week That Was, a sharp topical TV variety show -- but he didn't sing them himself, or appear on camera. He had hit albums -- live recordings of his comedy songs -- but didn't do the variety-show circuit on TV here, or have any of his own prime-time specials. And then, after a few brilliant years churning out songs about World War III, New Math and National Brotherhood Week, he seemed to vanish.

What he really did was return to academia, where he continued to teach mathematics and political science -- at such institutions as Harvard, MIT and the University of California -- until his retirement in 2001. And except for dabbling in writing a few songs over the decades, for the PBS Electric Company series and elsewhere, that's about it for Tom Lehrer as a shy but shining pop-culture figure.

Until, that is, this new release from Shout Factory, called The Tom Lehrer Collection, which adds both audio and video to the canon.

But before we get to the new stuff, it's worth pointing out just how fresh the old stuff still seems. Accompanying himself on piano, Lehrer tackles subjects that, at the time, were hot off the presses. And he does it with rhymes that are so twisted and clever, they bring to mind Stephen Sondheim. If you think that's a stretch, think again. One of the video treats in this collection, from 1998, captures Lehrer's first public performance in 25 years -- and it's a performance introduced by Stephen Sondheim. Turns out the two of them not only respect each other's rhyming schemes but went to summer camp together as kids.

A Way With Words

One of the most enjoyable aspects of these old concert recordings is listening to how the audience often explodes with joy -- sometimes in reaction to a rhyme, sometimes to the music, and sometimes because of the sheer audacity of the subject matter. Lehrer hit all three out of the park in 1965's "The Vatican Rag." It's his irreverent example of how the Roman Catholic Church could spread its message, in a more secular age, by adopting more popular musical forms. 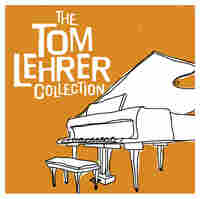 The biggest treasure, after showing up unauthorized in pieces on YouTube, is a complete Tom Lehrer concert from 1967, when he performed his complete act on Norwegian TV. The tiny audience here is so quiet, it's almost like a studio recording. But Lehrer is in great form. And on "Wernher von Braun," about an infamous German rocket scientist who defected to the U.S., Lehrer even got the Oslo crowd to laugh a little.

In the liner notes, Lehrer explains why an American TV special wasn't used for this new DVD release. "The answer is simply," he says, "that I was never invited to do one." So fans should be grateful for any chance to see him in action this way. For us, it's almost as much fun as ... poisoning pigeons in the park.

David Bianculli writes TV Worth Watching and teaches television and film at Rowan University. He's the author of the new book Dangerously Funny: The Uncensored Story of the Smothers Brothers Comedy Hour.