Accessibility links
Philadelphia Orchestra: Is Anyone Listening? This week, the Philadelphia Orchestra begins a tour of Korea, Japan and China. For the orchestra, it may be a welcome vacation from problems at home. Sagging attendance and ballooning deficits have raised the possibility of bankruptcy. 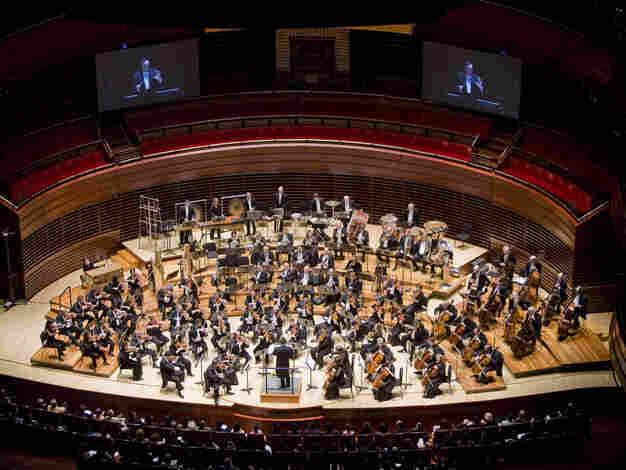 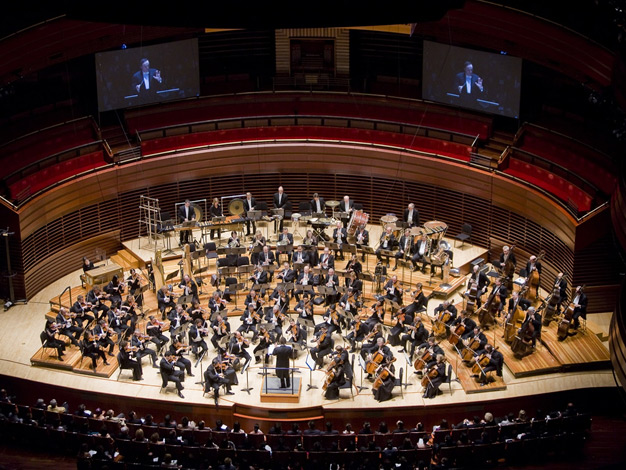 The Philadelphia Orchestra wants to include more educational concerts, performances in the suburbs and possibly a bigger emphasis on lighter, more popular fare.

This week, the Philadelphia Orchestra begins a tour of Korea, Japan and China. For the orchestra, it may be a welcome vacation from problems at home. Sagging attendance and ballooning deficits have raised the possibility of bankruptcy.

Philadelphia's was the first American orchestra to perform in Communist China, back in 1973, and it's still considered one of the top ensembles in the country. But lately, the Philadelphia Orchestra is having a tough time filling seats. At some recent concerts, the hall has been just two-thirds full.

"You can't believe things are going well when, as a musician, you walk out onto stage and you see a hall that's that empty," says Peter Dobrin, a classical-music critic at the Philadelphia Inquirer.

An orchestra that was selling close to 90 percent of its tickets three years ago is selling only 70 percent now. Philadelphia is hardly the only orchestra that's seeing a drop-off in ticket sales during the recession. But the decline here has been unusually steep.

"That's a greater-than-average decline," says Jesse Rosen at the League of American Orchestras. "That's a significant falloff in a short amount of time."

Rosen, whose father ran the orchestra in the 1980s, says part of the problem in Philadelphia has been a lack of leadership. The orchestra has been without a full-time music director for two years. And it was without a CEO for 10 months. Allison Vulgamore took that job in January and quickly turned her attention to the orchestra's budget deficit.

It's so serious that Vulgamore was talking at one point about bankruptcy. That talk has subsided as this year's budget gap has shrunk from a projected $8 million to $3 million, mostly thanks to emergency donations from its board of trustees. Still, Vulgamore says it's time for the orchestra to take a fresh look at what it does.

"We don't want to throw away a hard-earned, phenomenal legacy given to us truly by our audiences," Vulgamore says. "But we do know our audiences are clearly voting with their revenues. That says we need to pay attention, ask questions. Nothing's off the table."

The orchestra wants to include more educational concerts, performances in the suburbs and possibly a greater emphasis on lighter, more popular fare. That last item makes John Koen nervous. He's a cellist, and chairman of the Orchestra Musicians Committee. 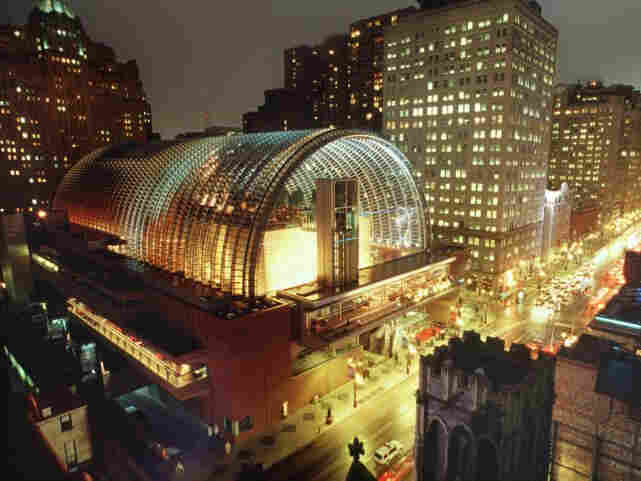 At some recent concerts, the Kimmel Center for the Performing Arts has been only two-thirds full. G. Widman for GPTMC hide caption 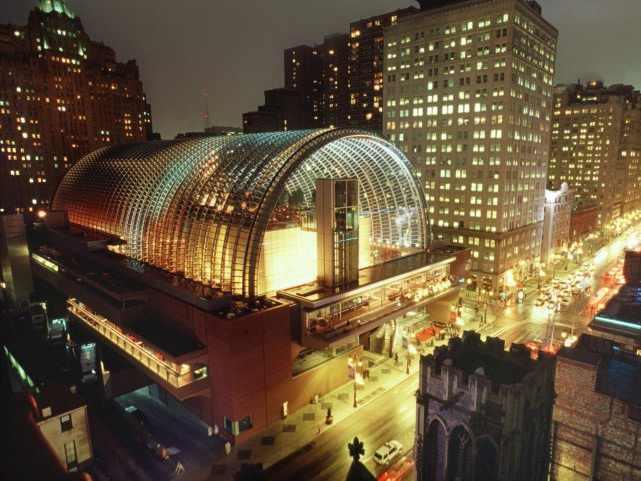 At some recent concerts, the Kimmel Center for the Performing Arts has been only two-thirds full.

"Some people enjoy playing pops. I'm not one of them, personally," Koen says. "A certain amount of that is OK. But there's a point -- and I don't know how you define that point -- [where it's] too much. How much will run the risk of damaging the great music that we play?"

Lost In The Move

The Philadelphia Orchestra recorded dozens of albums under the baton of longtime music director Eugene Ormandy. It was the first orchestra to make electrical recordings back in the 1920s, and the first to play on national TV. The orchestra honed its sound at the Academy of Music, where it performed for more than a century until eight years ago, when the orchestra moved down the street to its current venue, the Kimmel Center for the Performing Arts. Music critic Dobrin says that something may have been lost in the move.

"Somehow, this orchestra isn't meeting with this audience the way it used to," Dobrin says. "People used to be free to come back into the greenroom and get autographs and that kind of thing. And they can't do that anymore."

Some audience members say they prefer the overstuffed charm of the academy to the austere modernism of the Kimmel Center.

"This place is so cold, and it's so uninviting, it's almost painful," audience member Juris Bulodis said before a recent concert. "They should blow up the place and start from scratch."

Orchestra managers say they're open to performing more concerts at the academy. But for now, they seem to be focused on finding a conductor who can lead the organization through one of the most difficult passages in its history.