Accessibility links
Grandparents Often Help Support Kids With Autism For many children with autism, grandparents play a key role in their care. According to a survey of 2,600 grandparents, many contributed their retirement savings toward care or even relocated to be closer to their grandchild. And 30 percent of the grandparents surveyed were the first to notice the child's developmental problems. 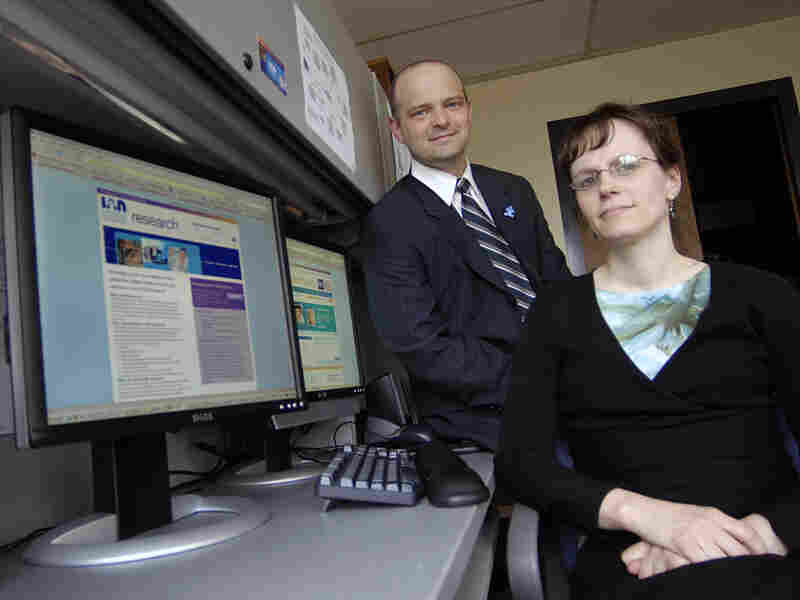 Paul Law, director of the Interactive Autism Network, and his wife, Kiely Law, changed the direction of their careers after having a child with autism. IAN seeks to facilitate research on autism spectrum disorders. Gail Burton/AP hide caption 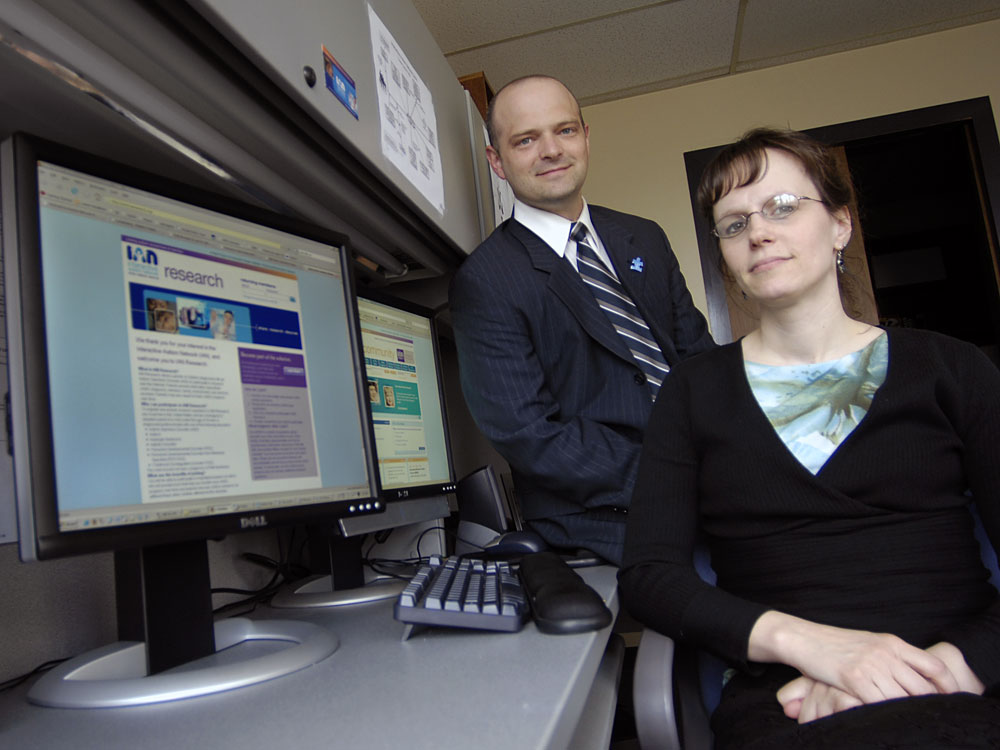 Paul Law, director of the Interactive Autism Network, and his wife, Kiely Law, changed the direction of their careers after having a child with autism. IAN seeks to facilitate research on autism spectrum disorders.

Having a child with autism can turn parents' lives upside down. But it can also profoundly affect the lives of grandparents, according to an online survey by the Interactive Autism Network (IAN).

Preliminary results from the survey of 2,600 grandparents found that many of them responded to a grandchild's diagnosis by changing everything from where they lived to how they spent their retirement savings.

And that involvement starts early, according to the survey. It found that 30 percent of grandparents reported being the first to notice a problem with their grandchild's development.

That's not surprising, says Law, because "grandparents have had the luxury of seeing their own children grow up. They know what normal development looks like."

Once a child is diagnosed, many grandparents take action, the survey found. Fourteen percent said they and their grandchild's family had moved closer to each other in order to take better care of a child with autism. Seven percent said they actually combined households.

There are lots of reasons for these moves, says Connie Anderson, IAN's online community facilitator.

Anderson says one grandfather commented, "We are paying for services that aren't covered by health insurance. We have spent our retirement, and we would do it again."

Grandparents who took the survey offered a lot of comments like that, Anderson says.

Carol Cutler of Little Elm, Texas, is one of those grandparents. She says she has one grandson who is almost 5 and has been diagnosed with autism. And his 2-year-old brother is showing early signs of the disorder.

'Nothing More Precious In Your Life'

"I love them so much," Cutler says. "There's just a tender spot in my heart as I see them struggle with the things that parents of neurologically normal children take for granted."

Like many grandparents who took the survey, Cutler is concerned not only about her grandchildren, but about her daughter, who spends much of her day taking them to occupational therapy, physical therapy and speech therapy.

"She is sleep deprived. She is stressed," Cutler says. "These children have medical issues that need to be addressed."

So Cutler, who works full time as a labor and delivery nurse, says she frequently makes the one-hour drive from her house to her daughter's house to help out. The previous day, she says, she met her daughter and grandsons at the pediatrician. "They're a little hyperactive, so it's kind of a handful," she says.

Cutler also invites her grandchildren to stay with her sometimes, in order to give her daughter and son-in-law a break.

It's not surprising that the survey found that many other grandparents also make sacrifices, Cutler says.

"There is just nothing more precious in your life than your grandchildren," she says.