Accessibility links
Fresh Air Interview: Ken Auletta - 'Can The iPad Or The Kindle Save Book Publishers?' E-books are rapidly gaining market share, and publishing companies are going through changes that parallel the music business. New Yorker writer Ken Auletta explains how the transition from paper to screen is changing the way we choose, buy and read books — and what the changes mean for publishers and authors. 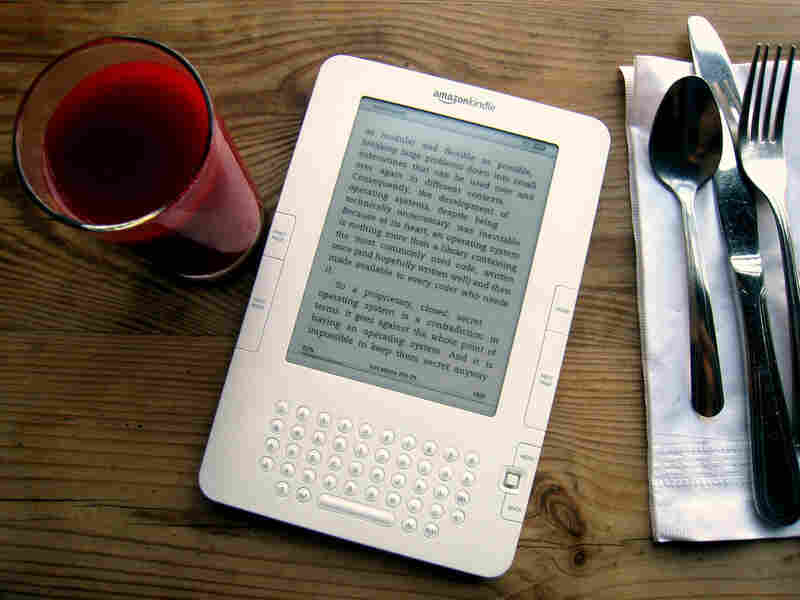 Amazon takes a loss on e-books because it makes money on its Kindles — and hopes to obtain a greater market share. jilldoughtie/via Flickr hide caption 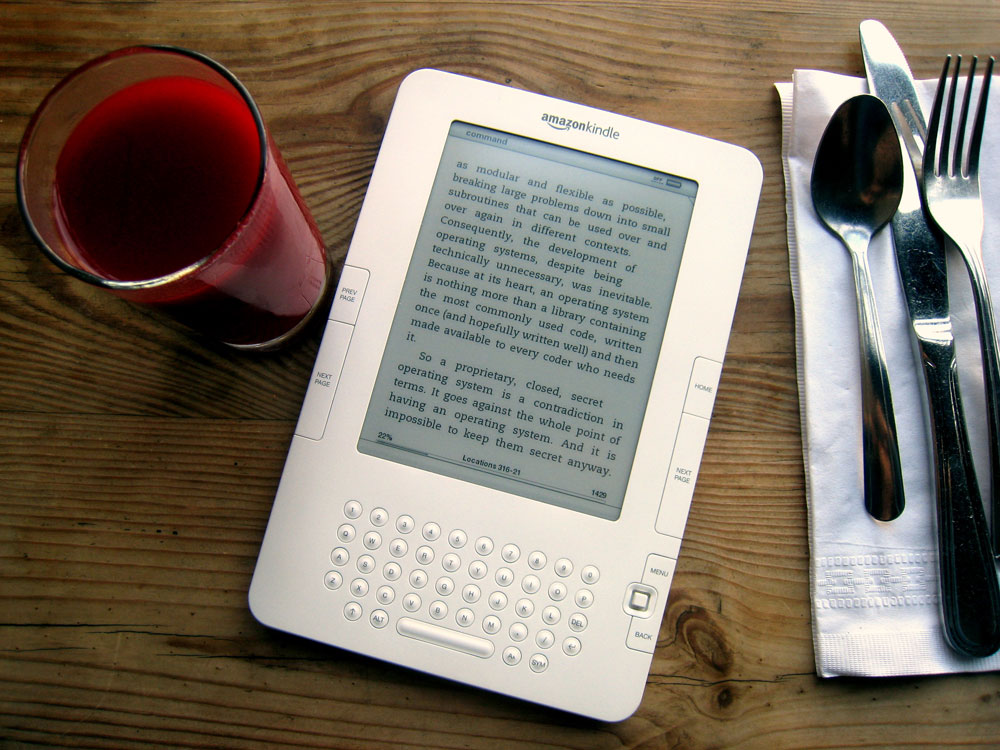 Amazon takes a loss on e-books because it makes money on its Kindles — and hopes to obtain a greater market share.

In its subtitle, Ken Auletta's latest column asks the question, "Can the iPad topple the Kindle and save the book business?" The article, published in the April 26 issue of The New Yorker magazine, discusses the ongoing battle between publishing companies and Amazon for pricing e-books, which are projected to eventually account for as much as 40 percent of all books sold.

Auletta explains that the different strategies employed by Amazon's Kindle and Apple's iPad for pricing e-books are changing the way we choose, buy and read online material. Until the iPad was released, Auletta explains, Amazon sold e-books at a loss with the hope of obtaining a bigger market share. When the iPad was released, Apple instead let publishing companies set the price of their own e-books. Though Amazon was eventually forced to go along with the new pricing policy, Auletta says it appears to be examining ways to cut the publisher entirely out of the equation.

With Barnes & Noble and Sony also making waves in the electronic reader market, questions remain about the future of publishing: What will happen if and when Amazon tries to cut out publishers entirely? What will happen to independent booksellers? And will book publishers eventually suffer the same fate as those in the record industry?

Auletta is also the author of 11 books, including World War 3.0: Microsoft and Its Enemies and Googled: The End of the World As We Know It, which tracked the development of Google from a search engine to the provider of all things Internet. He has written the "Annals of Communications" column for The New Yorker since 1992.

On how publishers hope e-books will work

"It opens up a new market, potentially to younger people. Secondly, what publishers hope to do -- and they've belatedly jumped into this and I think they were much too late -- but nevertheless, they're trying to create multimedia functionality out of a book. So they're offering a new kind of book in an e-book. It's not just an electronic book. It's a book that allows you to go to an archive -- to access things in a multimedia dimension. And their hope is that they can actually charge more for that."

"By the iPad coming into the market, it gives the publishers leverage over Amazon. They were afraid that Amazon -- with an 80 percent market share of e-books -- would basically continue to lower prices and basically have them over a barrel. And now they feel like they've regained some leverage and regained leverage over their ability to price books. Apple has allowed them to set the price of a book and they've compelled Amazon to go along with that, much to Amazon's reluctance."

"As e-books expand exponentially -- they're expected one day to reach 25 to 40 percent of all books published -- what does this do to bookstores? Already, independent bookstores are already down to 10 percent of all books sold. The problem with that is that independent bookstores have a staff of people who you tend to know, they are people who really are noted for reading many books and for spotting that first-time novel or that nonfiction book by a new author. And that word of mouth, and their recommendations have helped spur sales for years. And the worry is: What replaces that? If you're a bookstore, which is selling a book, let's say, for $26 can't compete with an e-book selling for $13."

On Amazon's old pricing system for the Kindle

"Lets say a book was selling for $26 in a store. The publisher sells it to most bookstores or to Amazon for half that; let's say they sold it for $13. What Amazon would do was subsidize the difference, [and] take a loss of $3 on each of those books and sell [the e-book] for $9.99. And hope that they would make up for it by doing two things: one, by selling Kindles. They don't tell you how much profit they make or how many Kindles they sell, but the estimate is about 3 million Kindles are out there and they're making a nice buck on each Kindle. In addition, they're gaining market share and already they were up to 80 percent market share of electronic books. The fear that publishers had was that Amazon would continue to drop that e-book price from $9.99 to lower and lower and lower, as is the tendency in online world. It is done more cheaply and customers expect lower and lower prices. And publishers felt that that basically threatened their basic business."

How e-book manufacturers could potentially cut out publishers

"Amazon has actually made some deals with authors -- Stephen Covey is one -- and has actually approached authors and editors to try to hire editors to work for Amazon and to procure books for them. [And they're] offering authors a much larger commission than the commission they get from hardcover publishers."

"I have a Kindle. I'm waiting to buy the iPad until the 3G model comes out in a month. When I go on vacation or overseas, I take my Kindle because it's much lighter. Instead of five books, I take my Kindle and they're there. They can download in 60 seconds. But I prefer to read a book in hardcover. I can mark it, and it's on my bookshelf and I can refer to more easily."