Accessibility links
New Health Law Brings Better Coverage For Women A 2009 survey found that insurance companies charged women up to 84 percent more than men for the same health insurance policy. The new health law is set to improve women's access to health care and even up the cost of health insurance. 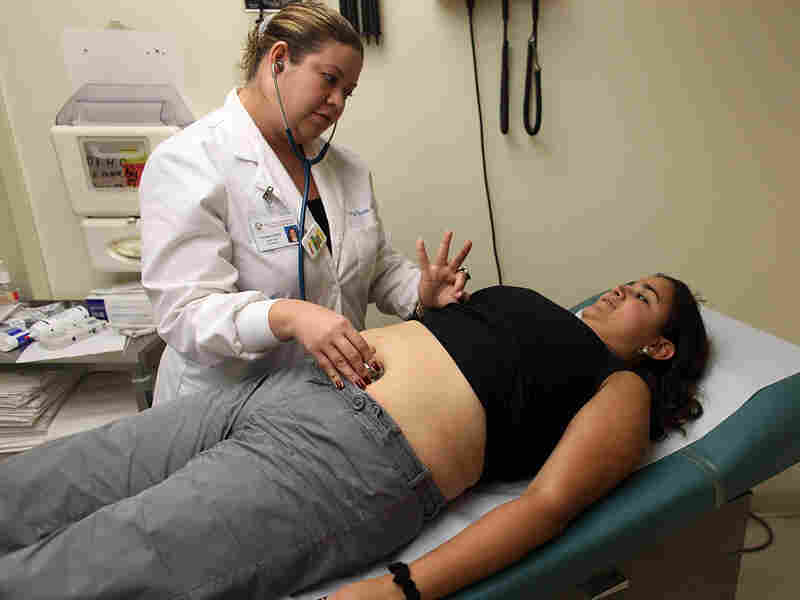 New insurance plans that start up five months from now will allow women to go directly to obstetricians and gynecologists, without a referral from a primary care doctor. Joe Raedle/Getty Images hide caption 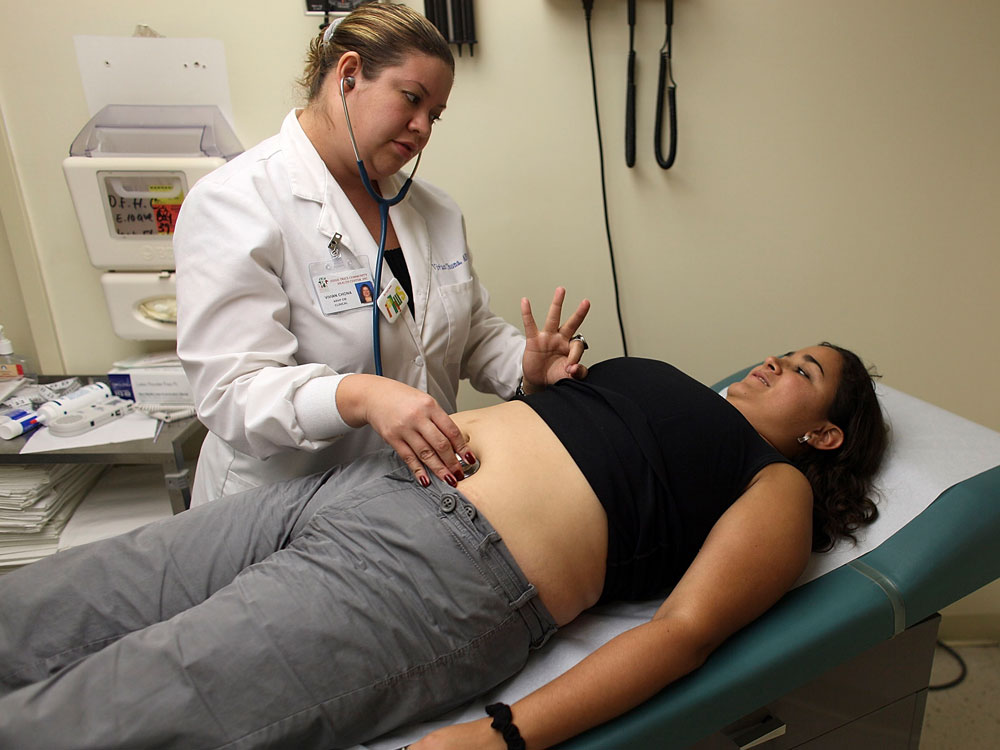 New insurance plans that start up five months from now will allow women to go directly to obstetricians and gynecologists, without a referral from a primary care doctor.

Among the many goals of the new health law is one that hasn't received much attention: to improve women's experiences in the health insurance world. For some women, insurance policies cost far more than those for men their age; some women simply can't find an insurer to cover them. And, even for women who have insurance, sometimes it just doesn't cover certain scenarios, like pregnancy.

Take the case of Jody Miller, an exercise physiologist who wanted to have a baby. She had insurance, but it didn't cover most of her infertility costs. So, she paid about $22,000 out of pocket.

After her triplets were born, she and her husband went looking for a less expensive insurance policy. Miller says one company told them, "Fine, we're happy to insure your children, but because of your infertility, we won't insure you or your husband." That was even without infertility coverage. Other insurers denied her as well.

"I'm as healthy as they come," Miller says. She wound up in a special Maryland state pool for people who can't get insurance.

Or consider Jenifer Wilson of Vancouver, B.C., who used to live in Indiana. She had an unexpected pregnancy seven years ago. She and her husband then discovered their insurance didn't cover her pregnancy. It only would have covered the pregnancy if they paid an additional $350 a month, starting before conception.

That means they had to pay for an emergency cesarean section out-of-pocket. And when they subsequently looked for a different insurance policy, they couldn't get one.

"That's when I realized I wasn't eligible," says Wilson. Her C-section counted as a pre-existing condition.

Even if she can't find a way to extend it, she's going to stay in Canada. The out-of-pocket costs for a C-section are about a third of what they are in the U.S., she says. But she might come back to the U.S. eventually because she has "really high hopes" for the new health law.

In fact, she would be helped, but not until 2014, when the new health insurance exchanges kick in. Those exchanges will offer health insurance policies that include pregnancy coverage. And under the new law, Wilson's rates would be the same as everyone else's her age; they won't be based on her personal health history or her sex.

A Lot To Gain

Wilson's and Miller's problems are due in part to the fact that they were getting individual insurance policies -- not group policies through a mid- or large-sized company. Even without the new law, those group policies don't cost more for women, and pre-existing conditions don't come into play.

But it's different for individual and small-group policies. In 2009, the National Women's Law Center, an advocacy group that worked hard to get the new law passed, found that insurance companies charged women up to 84 percent more than men for the exact same health insurance policy, even without coverage for maternity care.

"Women have an enormous amount to gain from this bill," says Marcia Greenberger of the National Women's Law Center. Other provisions of the new law will help women who get their insurance through mid- and large-sized employers, she says.

"The health care bill requires employers with 50 or more employees to provide a place and time for nursing mothers to lactate," she says. And new insurance plans that start up five months from now and later will have to allow women to go directly to obstetrician/gynecologists without a referral from a primary care doctor. Insurers also won't be allowed to charge co-payments and other upfront costs for preventive services like mammograms and pap smears.

Gail Wilensky, an economist who headed Medicare during George H. W. Bush's presidency, says these provisions will help women who've previously been shut out of the insurance market, though, "in the short term at least, they're going to bump up the cost of health care."