Accessibility links
No Way To Keep Iran From Nuclear Statehood? The Obama administration this week has been busy defending itself against charges that it has no plan to deal with Iran's moving ahead on a nuclear weapons program. But officials have been hard-pressed to say what else can be done to keep Iran from becoming a nuclear state. 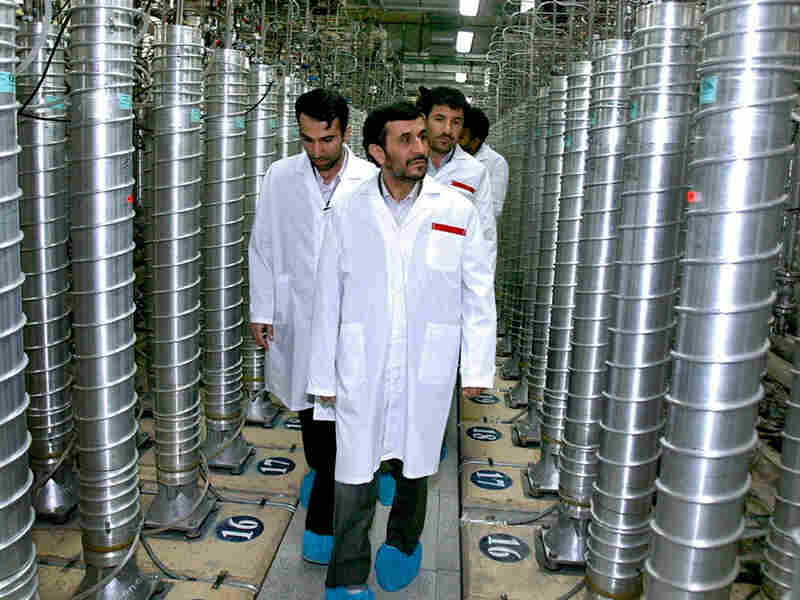 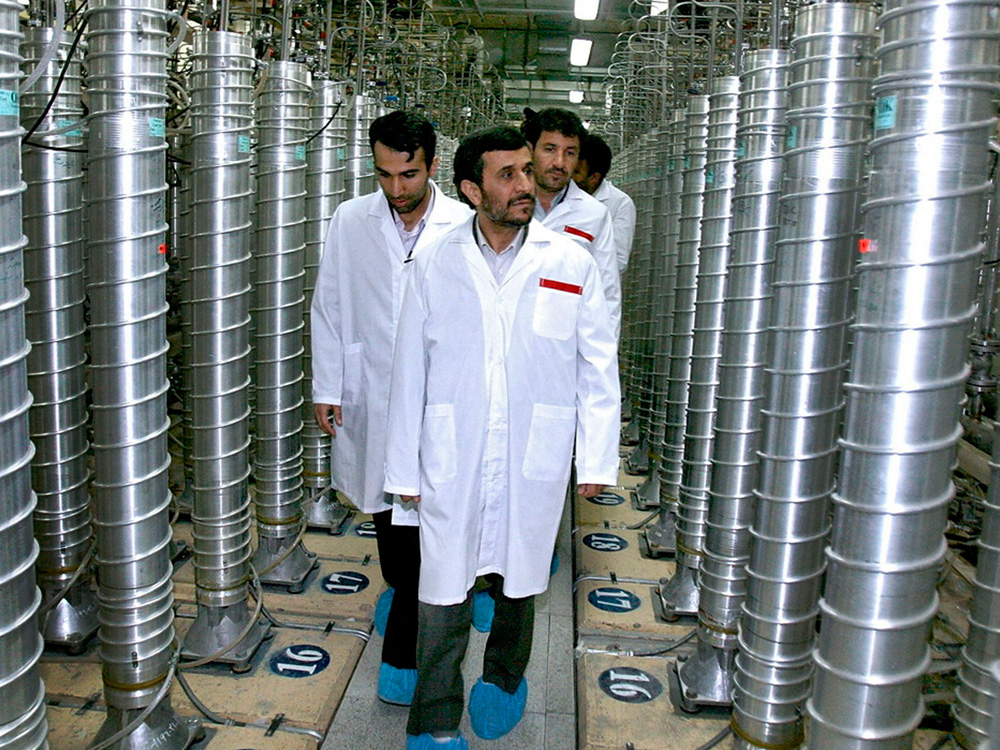 The Obama administration this week has been busy defending itself against charges that it has no plan to deal with Iran's moving ahead on a nuclear weapons program.

Defense Secretary Robert Gates has acknowledged writing a memo outlining "policy decisions" that need to be made. And Vice President Biden said Thursday he expects the United Nations will soon approve new sanctions on Iran.

But officials have been hard-pressed to say what else can be done to keep Iran from becoming a nuclear state.

If the Obama White House is unnerved by critics who say the administration hasn't figured out where it's going on Iran, there's no outward sign of it. Speaking about the administration's Iran policy Wednesday night, Gen. Jim Jones, the president's national security adviser, made a sweeping declaration.

So, the administration is not backing down. If the Iranians are set on getting a nuclear weapon, the United States is set on stopping them.

How To Stop Iran?

Obama came into office ready, in Jones' words, "to engage Iran on the basis of mutual respect."

The idea was that the Iranian government could be dissuaded from moving toward a nuclear capability. But Jones, speaking before the Washington Institute on Near East Policy, said the administration has seen "no indication that Iran's leaders want to resolve these issues constructively."

"Therefore, we are now working actively with allies and partners to increase the cost of Iran's continued failure to live up to its international obligations," he said.

The cost of Iran's not agreeing to voluntary limits on its nuclear program is new sanctions.

The administration's willingness to pursue a diplomatic path with Iran has won it more international support. U.S. officials are confident that tougher U.N. measures, combined with more unilateral sanctions by the U.S. and its allies, will put the Iranian government under greater economic pressure than it has felt in years. The hope is that new economic pain causes the Iranians to change their mind on the nuclear issue.

Suzanne Maloney, an Iran expert at the Brookings Institution, is skeptical.

"The Iranians have not proven that economic pressure from outside the country has an impact on their security decision-making," she said.

If Sanctions Were To Work

But for the purposes of argument, assume for a moment that the sanctions are effective, and the Iranians agree to restrictions that would preclude their development of a nuclear bomb. Presumably, the United States and its allies would want to verify that the Iranians keep their word -- meaning there would be outside inspections like the ones David Kay carried out in Iraq, a smaller country, in the 1990s.

"Large-scale physical inspection is very, very hard to carry out," Kay said. "It takes a lot of personnel; it takes a lot of intrusive equipment for environmental monitoring and for looking underground, GPS monitoring of military sites. And what everyone needs to remember about Iran and inspections, there's a huge element of distrust."

When Saddam Hussein agreed to inspections in Iraq, his army had just been defeated and U.S. aircraft were patrolling Iraqi skies. When the United States and the Soviet Union agreed to verifiable nuclear arms reductions, it was because both sides saw it in their interests. Neither applies, Kay said, in the case of Iran.

"Lacking a political agreement between the Iranian regime, its neighbors, the United States, and others, I don't see effective verification as being possible," he said.

This raises the possibility that military action -- by the United States or by Israel -- may ultimately be necessary if Iran is to be prevented from developing nuclear weapons. The United States does know where many, if not all, of Iran's nuclear facilities are located. Some are at least partially buried, but the U.S. -- and Israel -- have bunker-busting bombs. An initial strike would create a hole; one or more follow-on bombs dropped directly into that hole should destroy whatever's underneath.

Except for one problem, said retired Air Force Col. Sam Gardiner, a targeting expert: The Iranians have, lately, been building tunnels at their nuclear sites.

"The problem with tunneling is you don't know where it goes," he said. "You can see the entrance, but does it go left, does it go right, does it go down very deeply? Which makes it very difficult to identify how to put a weapon on it."

And former nuclear inspector Kay made another observation: Destroying all of Iran's nuclear facilities will not destroy its nuclear weapons knowledge.

"Sure you can take away the capability of doing it, but once a human knows how to do something, the replication is easier the second, third or fourth time," he said.

So, the development of an Iranian bomb could be delayed, but not prevented.

Plus, if either the United States or Israel strikes Iran, the Iranians would be tempted to retaliate; the violence could rapidly escalate, leading to a third Middle East war -- just as the U.S. military is struggling to manage Iraq and Afghanistan. It's little wonder U.S. military officers, beginning with the chairman of the Joint Chiefs, Adm. Mike Mullen, have made clear their reluctance to proceed with a military option.

There is one other scenario: Iranian President Mahmoud Ahmadinejad could be removed from power, with a new -- more pragmatic -- government taking over in Tehran. But the opposition movement in Iran has been brutally suppressed in the past few months. Overt U.S. action to overthrow the Iranian government would be highly controversial to say the least. A senior U.S. official who focuses almost exclusively on Iran says U.S. policy is not now directed at regime change.

All this leaves the possibility that the United States and its allies, in the end, may conclude they have to accept a nuclear Iran -- and do their best to contain it. But that's a thought the Obama administration is so far refusing to acknowledge.