Accessibility links
How L.A. Archdiocese Mishandled A Pedophile Priest An NPR investigation reveals that Cardinal Roger Mahony, the archbishop of Los Angeles, failed to act when presented with pedophile priests — and in particular, the case of one of the most notorious abusers, the Rev. Michael Baker. 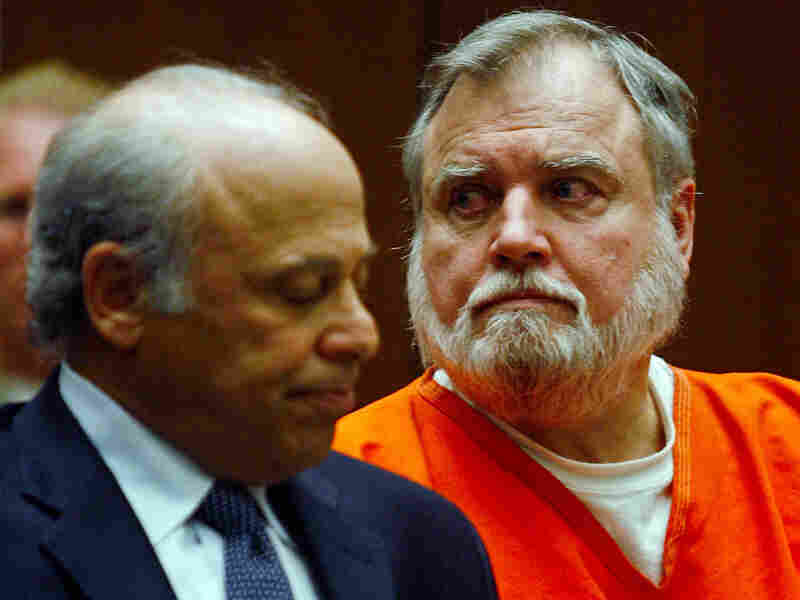 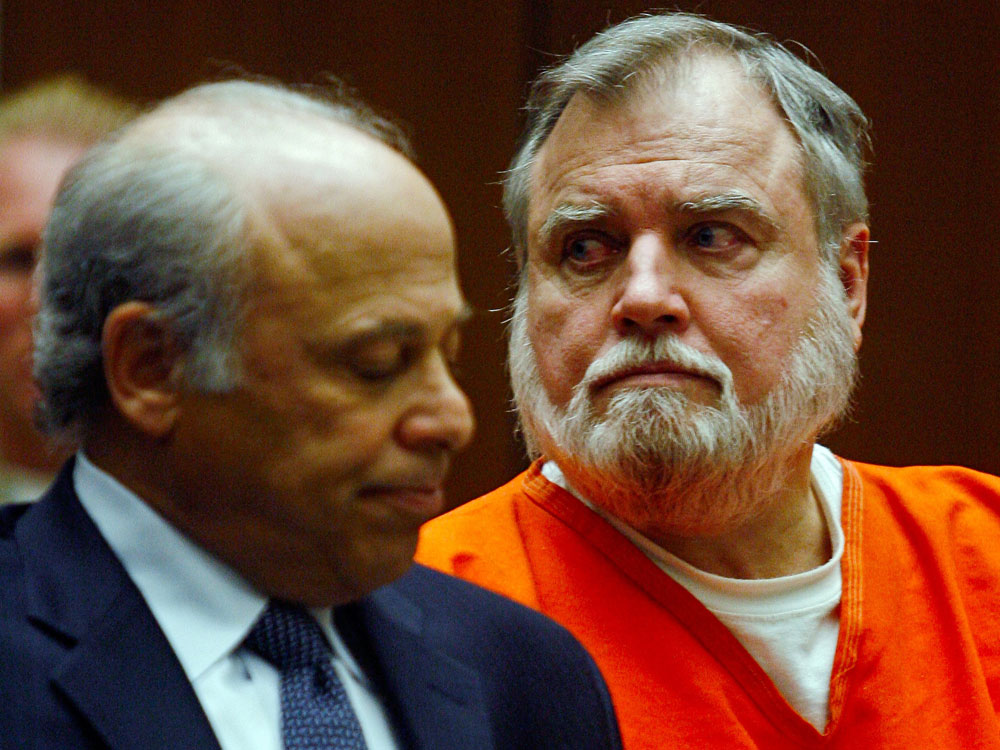 The Catholic Archdiocese of Los Angeles is still reeling from a major sex abuse scandal that broke eight years ago. A federal grand jury is investigating the church for how it handled sex abuse allegations, and the church is still fielding lawsuits even though it has already paid out $660 million to more than 500 victims.

An NPR investigation reveals that Cardinal Roger Mahony, his top officials or even his review board failed to act when presented with pedophile priests -- and in particular, the case of one of the most notorious abusers, the Rev. Michael Baker.

In 1986, Cardinal Mahony, the archbishop of Los Angeles, found out that Baker had been abusing boys from an impeccable source: the priest himself. Baker told Mahony that he had molested two boys, beginning in 1978. According to Tod Tamberg, a spokesman for the archdiocese, Mahony responded the way everyone did back then.

"Cardinal Mahony decided to handle it pastorally," says Tamberg, "and thought the thing to do would be to make sure that Michael Baker got the kind of treatment he needed and the help he needed so that he could make himself whole again."

After six months of treatment, Baker was put in restricted ministry. Tamberg says Baker did only administrative work. He was supposed to have no contact with children and was theoretically monitored by other priests. But over the next 14 years, Baker was moved to nine different parishes, several of which had elementary schools adjacent to the rectory.

"Why is it the church's job to monitor them?" wonders plaintiffs attorney Lynne Cadigan. "Why doesn't he be monitored in jail or prison like any other person?"

Cadigan represents two brothers who say Baker began molesting them in 1984, when they were 5 and 7 years old. The boys had no father at home, and the priest babysat them while their mother went to work. When they moved to Mexico, Baker visited them, took them on trips and helped arrange for them to move to Tucson, Ariz., where he was a frequent guest. All that time he was theoretically being monitored by the archdiocese.

"Baker obviously wasn't monitored," Cadigan says. "He paid for everything, he bought them a house, and he supported their mother. So they really felt that they no choice except to go along with everything even as they became older."

Cardinal Mahony did set up stronger policies to stop abuse. For example, he created the Sexual Abuse Advisory Board in 1994. The four priests and four Catholic laypersons on the board were supposed to be advocates for victims, to help the archdiocese root out sexual abuse.

Richard Byrne, a retired judge on the Los Angeles Superior Court, has served on the board since the beginning. He says about eight times a year, the vicar for clergy, who oversaw all the priests in the archdiocese, would call a meeting. There he would present each case as a hypothetical, with no names of victims or suspected priests.

"And then we would discuss that," he says. "This was purely advisory to the vicar. We assumed that the vicar then spoke to the cardinal."

Byrne says the board did not have authority to make recommendations, nor could it conduct investigations. Those were done by the archdiocese.

"It was in-house, so to speak," he says, conceding that the board relied on the priest for all its information.

Did the board ever feel it was not getting all the information?

"No, it did not make me feel uncomfortable," he says. "I assumed they wanted our input or they would not have asked us to do it in the first place." 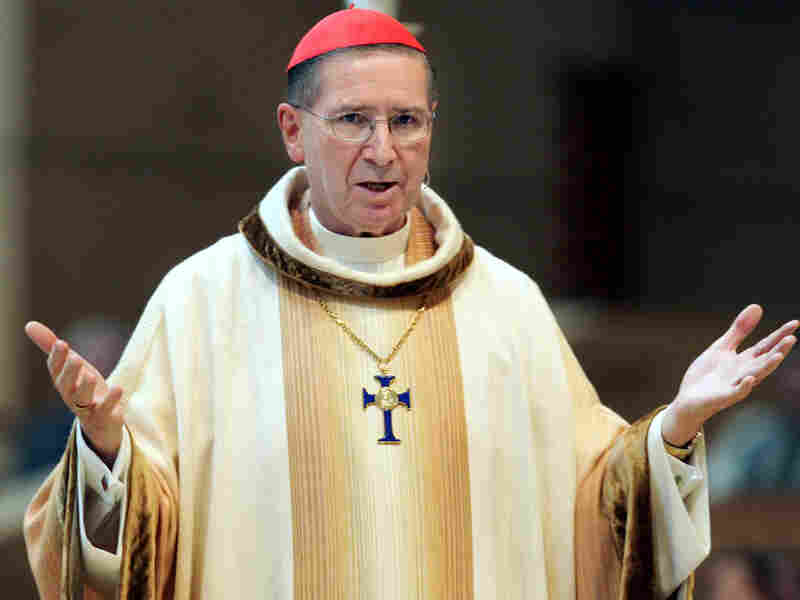 Cardinal Roger Mahony in 2006. The Los Angeles archbishop found out that Father Baker had been abusing boys from the priest himself. Reed Saxon/AP hide caption 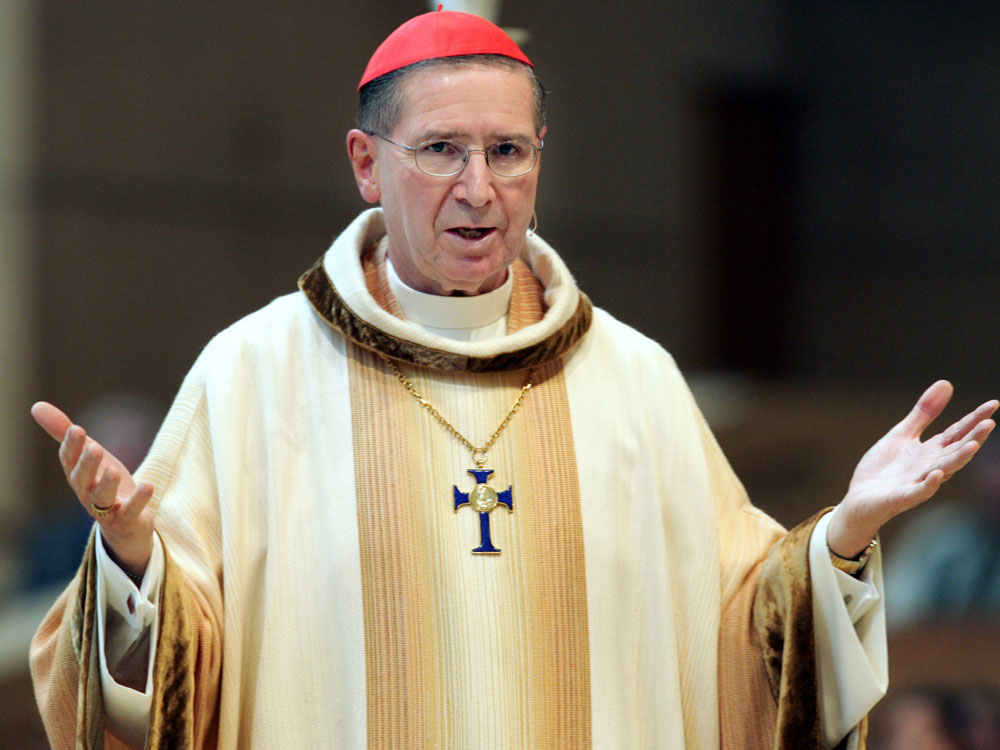 Cardinal Roger Mahony in 2006. The Los Angeles archbishop found out that Father Baker had been abusing boys from the priest himself.

Byrne says in the 1990s, the review board heard dozens of cases of alleged abuse. Byrne says the board never once recommended that the archdiocese report any of the allegations to the police: "We didn't feel that was part of our responsibility."

Nor did the board ever recommend that the archdiocese alert the parishes when a priest was accused of abusing a child, even though that was church policy.

"We assumed that the church was doing what it should do at that time, what it was required to do and what it felt it should do," Byrne says.

One of the cases that went before the board involved a new allegation against Baker. In 1994, Baker had befriended a 14-year-old boy named Luis, who served as an altar boy at St. Columbkille parish in Los Angeles. According to Luis' attorney, John Manly, the sexual molestation began immediately after the two met. One day in 1996, the Rev. Timothy Dyer, who was supposed to be monitoring Baker, spotted the boy in the rectory.

"Father Dyer came home to St. Columbkille and found Luis upstairs in the living area coming out of Baker's room," Manly says. "Father Dyer had an obligation to report. He didn't report."

Archdiocese spokesman Tamberg says the church wasn't legally obligated to call the police because priests were not mandated reporters until a year later. The church notified neither the police nor the parish. The archdiocese did conduct an investigation. There's a dispute about whether they talked to Luis -- but in the end, both the archdiocese and the review board concluded that no abuse occurred. And how did they know that?

"Baker was asked about it," Tamberg says. "He explained it away, and our mistake at the time was accepting his explanation at face value."

For four years, the church heard no further complaints about Baker. Then in 2000, two brothers walked into the office of attorney Cadigan. They were the two boys from Tucson. They detailed trips and visits that Baker had taken with them over 15 years. They described the sex and showed her his love letters. Cadigan quickly sent a 14-page letter to Baker, and four days later, Baker called her up.

"It was shocking," Cadigan says. "I had never had a priest confess to me."

Cadigan says Baker spoke of the many children he had had sex with, in the United States, Mexico, Thailand and Nepal. He said Cardinal Mahony knew about the abuse, but not the extent. She wrote the archdiocese threatening to sue. Within two months she had a check for $1.3 million.

There was one main condition: The settlement would be secret.

"It was obvious they wanted to sweep everything under the rug immediately," Cadigan says. "I had never seen such quick action to cover up and conceal sex abuse."

After the settlement, Richard Loomis, the vicar for clergy, felt something had to be done about Baker. In a 2009 deposition obtained by NPR, Loomis told Luis' attorney that he suggested the police be called.

"Did they do that?" Manly asked.

"Who did you suggest that to?"

"To the cardinal," Loomis said.

"You know, how you used to see on Perry Mason or A Few Good Men, when someone actually flips on the stand? It just doesn't happen. And here it did," Manly said.

Later in the deposition, Loomis said he suggested that the archdiocese should alert all the parishes about Baker's activities, in case there were other victims. Again, the cardinal declined.

"I was upset because I felt we should have made the announcements," he said. "It was the right thing to do."

Loomis says he considered resigning, and suddenly, an increasingly agitated lawyer for the archdiocese, Donald Woods, stood up and grabbed Loomis in an angry bear hug, physically restraining him from talking.

"Wait, wait, woah, woah! What are you doing?" Manly asked.

"I'm instructing my client," Woods replied, as he jostled the priest and whispered in his ear.

Shortly after the deposition, Loomis got a new attorney. He was no longer represented by the archdiocese.

In 2002, the Catholic Church sex abuse scandal broke across the country. In Los Angeles, the archdiocese seemed intent on keeping quiet about the extent of its problem. But its secrets were revealed, when a cache of e-mails between Cardinal Mahony and his attorneys were leaked to the John and Ken Show, a popular talk radio program in Los Angeles.

When they received the e-mails in early April, the hosts, John Kobylt and Ken Chiampou, set up an ad hoc studio on the street outside the archdiocese. They began reading e-mails.

In one, dated March 27, 2002, Mahony notes that the church has not reported three of the eight most abusive priests, one of whom was Baker. Mahony worries that if the district attorney finds this out, "I can guarantee you that I will get hauled into a grand jury proceeding and I will be forced to give all the names."

And in another message dated April 1, 2008, Mahony suggests that the archdiocese issue a statement saying it cannot release the names or numbers of accused priests while the government is investigating. "Since that is weeks and months down the road, I hope interest would have waned by then," Mahony writes.

The 68 e-mails read as if the cardinal and his lawyers were more concerned about legal strategy and public relations than the welfare of the victims. But Tamberg, the archdiocesan spokesman, says you have to read the messages in context.

Since then, everything has changed, Tamberg says. Today, if a priest is suspected of abuse, the church pulls him out of active ministry and calls the police. Moreover, the archdiocese employs four retired FBI agents to do the investigations, rather than doing them themselves.

'A Model For The Rest Of The Country'

Byrne, who still serves on the review board, believes Mahony is a "pioneer."

"I think he has been in the cutting edge -- in establishing, first, a policy, and then a review board," he says. "I think the approach he has taken in L.A. can be a model to the rest of the country."

Byrne says Mahony has been wrongly tarnished by cases that predated Mahony's tenure as head of the archdiocese. And Mahony himself has said he was "misled" by Baker and other priests.

Earlier this year, the archdiocese settled the lawsuit with Manly's client, Luis, for $2.2 million. The archdiocese says that 23 people have accused Baker of molesting them.

Baker is now serving a 10-year sentence for sexually abusing three boys. And a federal grand jury is investigating whether the Archdiocese of Los Angeles committed fraud by allegedly covering up sexual abuse.