Accessibility links
Guru: Hip-Hop's Elder Statesman Dies Young Throughout his career, Guru was a unique figure: a veteran who thrived when others faltered and an innovator who never followed a style he didn't help invent. His group, Gang Starr, led a vanguard of other artists who bridged jazz and hip-hop. The rapper died Monday at 47.

You can read more and watch videos of Gang Starr and Guru's most notable recordings here. 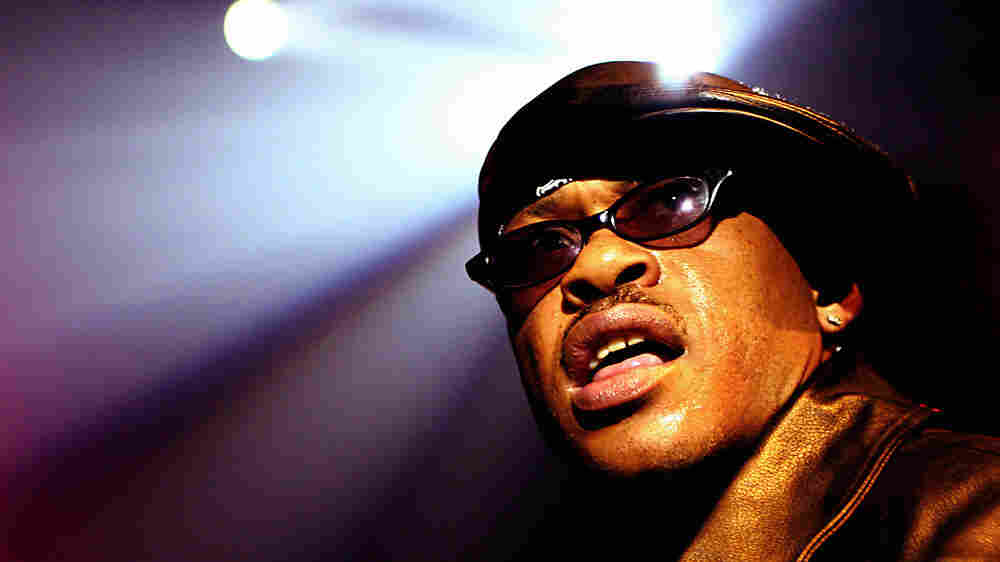 Guru performs on stage in 2003, the year before he and DJ Premier parted ways. Cary Hammond/Redferns hide caption 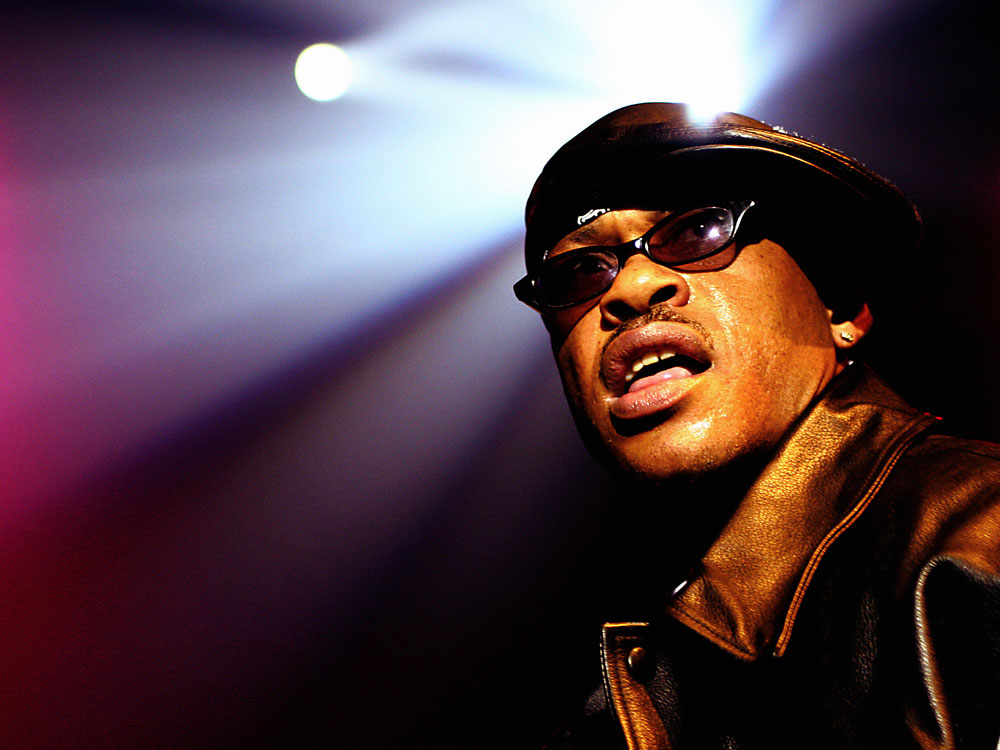 Guru performs on stage in 2003, the year before he and DJ Premier parted ways.

Advisory: Some of these recordings contain explicit language and subject matter not suitable for all ages.

No Time to Play

Keith Elam, better known as the rapper Guru from the group Gang Starr, died Monday at 47. He had been suffering from multiple myeloma, a cancer of the blood, and had been in a coma since suffering a heart attack in March. Between 1989 and 2003, Gang Starr released six studio albums. As a solo artist, Guru was best known for his long-running jazz-meets-hip-hop series, Jazzmatazz.

Elam was born into one of the more prominent black families in Boston's Roxbury neighborhood; his father was a municipal judge, while his mother helped run the city's library programs. Elam himself was enrolled at the Fashion Institute of Technology before making the decision to give it all up and move to New York to pursue a career in hip-hop -- as Guru.

In New York, Guru met Christopher Martin, aka. DJ Premier, a transplant from Houston. Together, they forged what is still considered one of the greatest pairings in hip-hop history. Their first single together, "Words That I Manifest (Remix)," became an instant classic.

Whereas most other rap groups were using soul or funk samples, Gang Starr turned to Dizzy Gillespie's "A Night in Tunisia" for "Words That I Manifest." The group would soon lead a vanguard of other artists bridging jazz and hip-hop.

Guru's love for jazz extended beyond just samples. In 1993, he began a series of recordings called Jazzmatazz, which paired him and other rap acts with different jazz singers and musicians, including guitarist Ronnie Jordan and vocalist Dee C. Lee.

Despite his side projects, Gang Starr remained Guru's main vehicle. Throughout the 1990s, Gang Starr crafted what might be described as the platonic ideal for underground hip-hop. DJ Premier's production was celebrated for its propulsive minimalism, while Guru's lyricism created a striking mix between street-corner cockiness and hard-knocks wisdom. Despite the play on their name, Gang Starr were never gangster-rappers; for them, the perils of urban life were a source of vivid narratives and cautionary tales, never celebrations.

As a rapper, Guru was one of hip-hop’s most distinct voices: He was never the most intricate stylist nor cleverest writer, but with his laconic monotone, there was something mesmerizing in his flow.

Guru was what you might call an elder statesman of hip-hop when he died at the age of 47. Though he and Premier parted ways in 2004, their impact can be heard in countless rap artists who've tried to imitate their particular sound and chemistry. But throughout his career, Guru was a unique figure -- the veteran who thrived when others faltered and the innovator who never followed a style he didn't help invent.