Accessibility links
The Living Sisters: Perfecting The Three-Part Harmony United by a taste for pop, folk and vocal jazz, Inara George, Eleni Mandell and Becky Stark began collaborating in 2006. While they focused on their solo projects, their work as The Living Sisters was pure hobby. But in 2009, they recorded Love to Live, released last month. 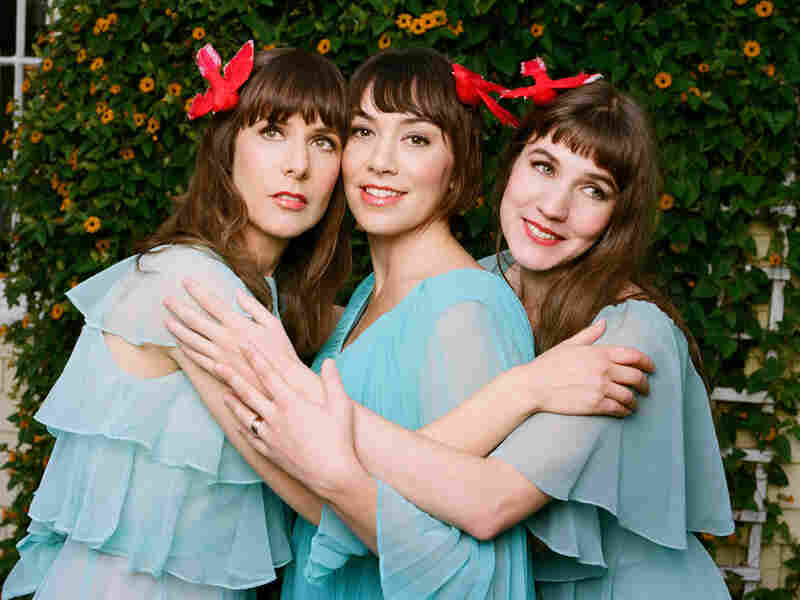 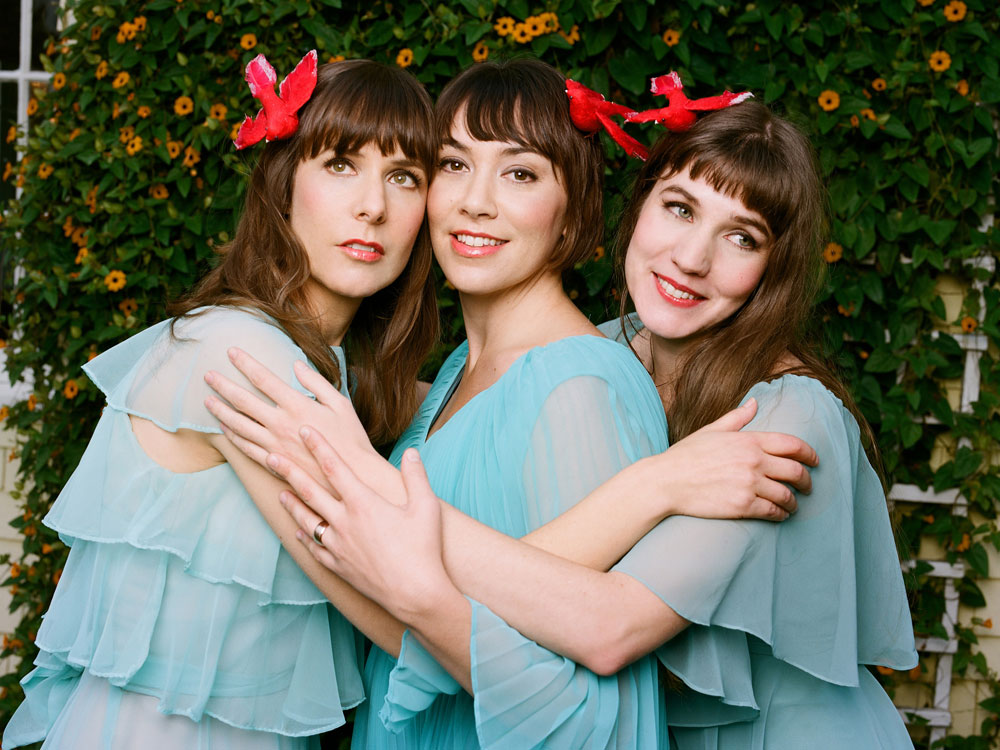 This Mountain Has Skies

The Living Sisters are Inara George, Eleni Mandell and Becky Stark. The Los Angeles-based musicians began collaborating in 2006 during breaks from their solo projects. George is one-half of the dance-pop duo The Bird and the Bee, Stark sings with the pop-country quartet Lavender Diamond and Mandell performs as a solo artist.

For a few years, their work as The Living Sisters was pure hobby. But in 2009, they were able set aside enough time to record in the studio. The result was Love to Live, released last month.

The trio's sound incorporates country, doo-wop and jazz, with three voices blending seamlessly. Stark says it's a goal for their voices to become one. Though the harmonies sound effortless, George says it takes lot of work.

"It's not like a musical," she tells Melissa Block. "We don't just burst into song."

Their work seems to have paid off. Even the birds seem to appreciate their vocal talent.

"Sometimes when we're singing and we have the windows open," Stark says, "the birds will come to sing with us."