Accessibility links
Pilgrims And Progress: 3,000 Years Of Christianity Diarmaid MacCulloch is the author of a new book that chronicles the complete history of the followers of Jesus Christ, starting a millennium before Jesus' birth. 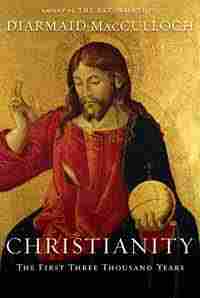 When he was a young boy growing up in a rural rectory in East Anglia, Diarmaid MacCulloch's parents used to drive him around to look at churches. His father, one of a line of Scottish Protestant Anglican ministers, didn't really encourage stops at Catholic churches. But humans are always most interested in what is forbidden, and in the due course of time, MacCulloch grew up to be interested in the multiple ways in which Christianity has morphed, clashed, invented and re-invented itself.

MacCulloch, who teaches the history of the Church at Oxford University, has put his interest into a massive new book called Christianity: The First Three Thousand Years.

That subtitle isn't an error. MacCulloch says it was important to look back over the thousand years that preceded Jesus' birth to see how Christianity shaped itself, and at the timelines of the two cultures that influenced what the religion would become.

"It's really two different sets of thousand years, one of them a Jewish thousand years and the other is a Greek thousand years. And both those lie behind Christianity," MacCulloch says. "These two cultures -- Jewish culture, Greek culture -- they've got entirely different views of what God is. And then you get a man coming along who people regard as God: Jesus."

Because these followers came from two traditions, an issue arose: Which God?

"A Jewish God [or] a Greek God?" MacCulloch asks. "That fascinating clash seems to be a fundamental thing about Christianity. It makes it a very unstable thing." 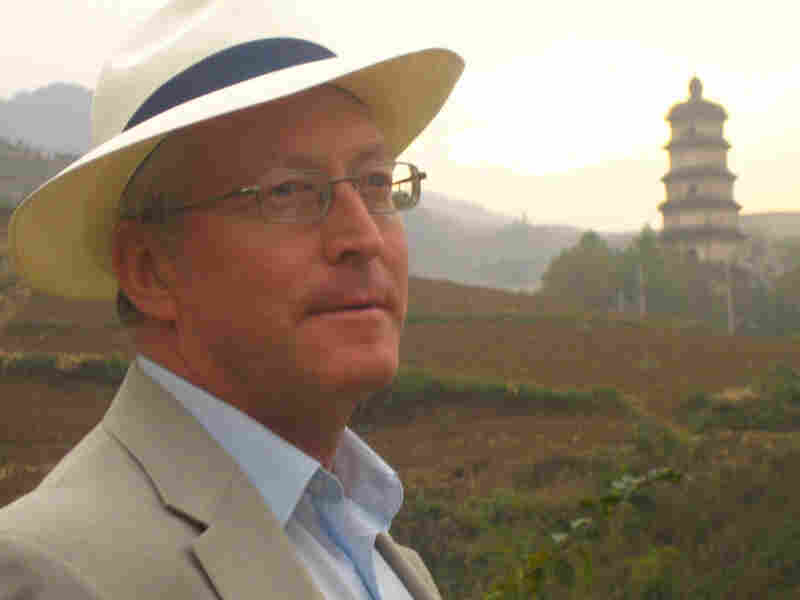 Diarmaid MacCulloch teaches the history of the Church at University of Oxford. He is also the author of Reformation: Europe's House Divided 1490-1700. Michael Jackson hide caption 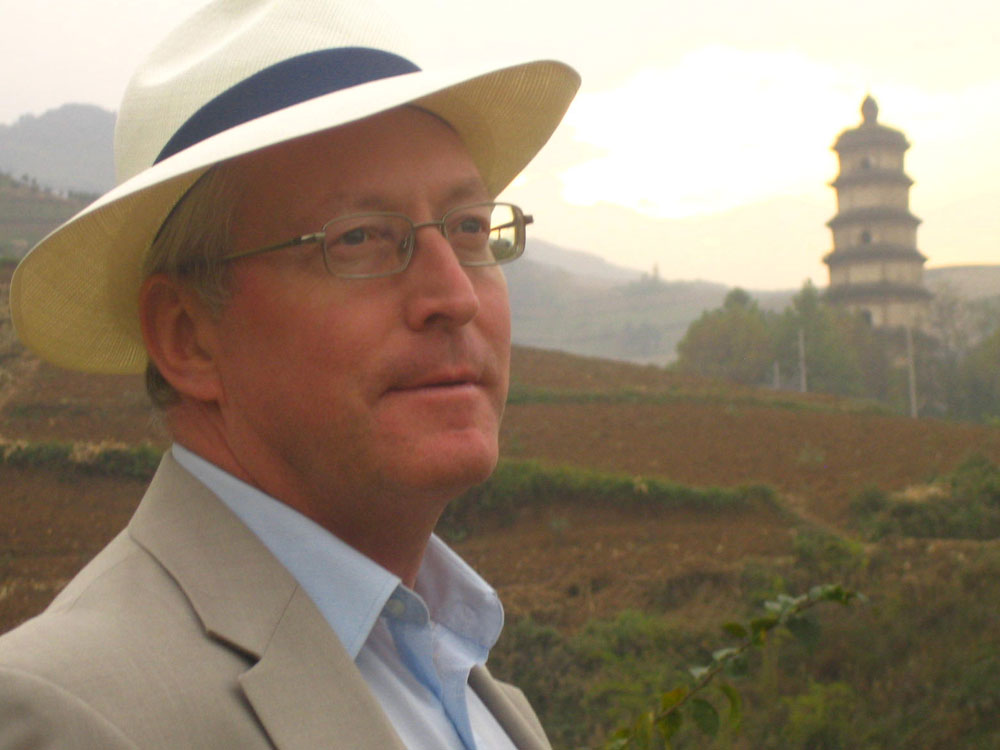 Diarmaid MacCulloch teaches the history of the Church at University of Oxford. He is also the author of Reformation: Europe's House Divided 1490-1700.

Over its nearly 1,200 pages, MacCulloch's book looks at issues that split the church and helped it to grow: the language Jesus spoke, how churches and Christian communities spread after his death, the unpredictability of Rome becoming the center of the Christian world, and why some countries remain resistant to Christianity while their neighbors embrace it.

That question, MacCulloch says, can be reduced to the matter of choice and dignity.

"Often for people who don't have choices in their lives, that is the one thing which they can choose. They can choose to turn to Christ," MacCulloch says. "Again and again, you find groups like African Americans, people who were not given a choice, suddenly making a choice. And that, I think, is the power of so many different forms of Christianity."

In that most personal of realms, human sexuality, the late seventeenth century witnessed great shifts in the way in which masculinity and femininity were understood, and much remains mysterious about the reasons for this change. Gender roles became more rigidly divided. Most choices still favoured men: so where once women had been regarded as uncontrollable and lustful like fallen Eve, now they were increasingly regarded as naturally frail and passive, in need of male protection.

Most surprising of all was a new phenomenon in both Amsterdam and London: from the 1690s, both hosted a male homosexual public sub-culture, braving official hostility and developing a social network of bars and clubs. 'Lesbians' were so named in the early eighteenth century, a century and more before the invention of the word 'homosexual', but the activities of women did not excite so much public emotion as those of men, and it was the new visibility of gay men which provoked periodic purges and moral panics in both cities -- no wonder the Societies for the Reformation of Manners were such urgent causes.

None of these developments owed much to existing Christian ethical teaching: Christianity was going to have to engage in new thinking for a new society which constructed its own priorities with an increasing lack of respect for Christian tradition. Even patterns of churchgoing were affected. It was in Dutch and Anglophone Protestantism during the seventeenth century that there developed one of the distinctive features of modern Western religion: Christianity was becoming an activity in which more women than men participated. The spectacular growth of female religious communities like the Ursulines in Counter-Reformation Catholicism was one symptom, but in Protestantism there was a different and more fundamental phenomenon: in various settings, church attendance was becoming skewed, and congregations were beginning to contain more women than men.

Once more, this was a matter of personal choice, and hence first perceptible where voluntary religion was possible. Studies of the far north of the United Provinces in the early seventeenth century, the province of Friesland, where so many people had opted to join radical groups like the Mennonites, already show an imbalance in membership between men and women, even for the official Church. In the English civil wars of the 1640s when the coercive structures of the established Church collapsed, membership lists of the growing number of voluntary churches -- Independents, Baptists, Quakers and the like -- often reveal women outnumbering men by two to one. At much the same time the other side of the Atlantic, the authorities in the established Congregational Church of Massachusetts also began to notice the phenomenon of gender-skewed church attendance.

It is likely that a disproportionate number of women joined the English voluntary congregations because they had more room to assert themselves than in the established Church. This assertion was at its greatest among new radical groups such as the early Quakers: in the 1650s, Quaker women could enjoy prophetic roles reminiscent of those in the early days of some radical groups in the 1520s and 1530s, and just as in sixteenth-century radicalism, the male leadership of the Quakers over subsequent decades steadily moved to restrict women's activism. By the early eighteenth century, the appeal of the Quakers to women may have changed because the ethos of the Quakers changed: the quiet waiting on the Lord which now characterized the worship of the Friends resonated with a traditional and predominantly female form of spirituality. The collegia pietatis of Pietism developed a spirituality which likewise emphasized an inner encounter with the divine, although in this case, the devotional group took its place alongside Lutheran public worship. It is interesting that these Pietists were among the few people to take an interest in the writings of women activists from the earliest days of the Lutheran Reformation, like those of an outspoken noblewoman of the 1520s and 1530s then otherwise long forgotten, Argula von Grumbach.

The phenomenon of gender-skewed congregations was already noticed in the late seventeenth century, and it contributed to new Christian reflections on gender. The English clergyman and ethical writer Richard Allestree and the leading Massachusetts minister Cotton Mather agreed in finding women more spiritual than men, who were slaves to passions: 'Devotion is a tender Plant', said Allestree, 'that … requires a supple gentle soil; and therefore the feminine softness and plyableness is very apt and proper for it. … I know there are many Ladies whose Examples are reproaches to the other Sex, that help to fill our Congregations, when Gentlemen desert them'. That Protestant Oxford don even regretted the Reformation's abolition of nunneries. Mather felt that women had a greater moral seriousness than men because of their constant consciousness of death in childbirth. Whether he was right or not, such notions were a striking turnaround from traditional medical talk of humours and a continuous spectrum of gender, or of Augustine of Hippo's disparaging theological comments on women's uncontrolled natures. As women apparently showed themselves more devout than their menfolk (and perhaps more gratifyingly appreciative of the clergy's efforts), the ancient Christian stereotype of women as naturally more disordered than men and more open to Satan's temptations began to look steadily less convincing. That probably contributed to the growing elite distaste for hunting down witches.

See a clip from the TV program 'A History of Christianity' 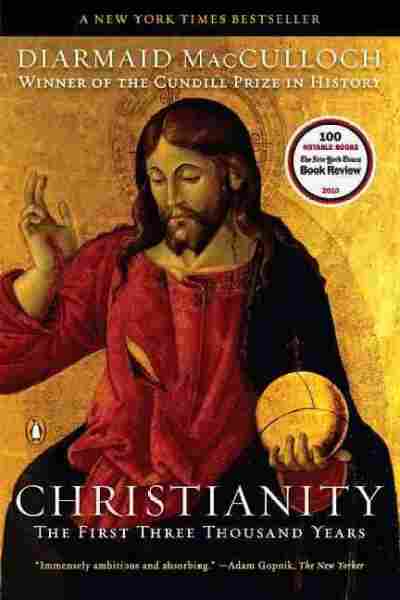