Accessibility links
California Cyclists Split On Two-Wheel Texting Ban California is one of 23 states that have made it illegal to text while driving. Now one lawmaker wants to take it one step further — and ban texting while riding bicycles. Some cyclists question whether the proposed law is really necessary, while others welcome it. 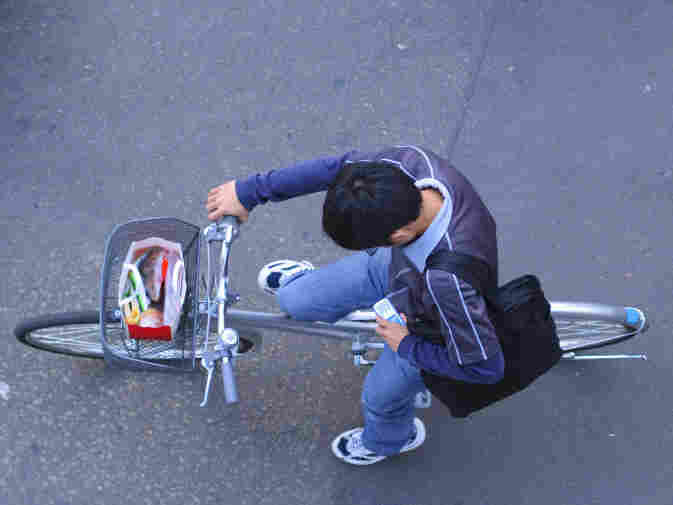 Should it be illegal to text while biking? California is considering a ban. iStockphoto.com hide caption 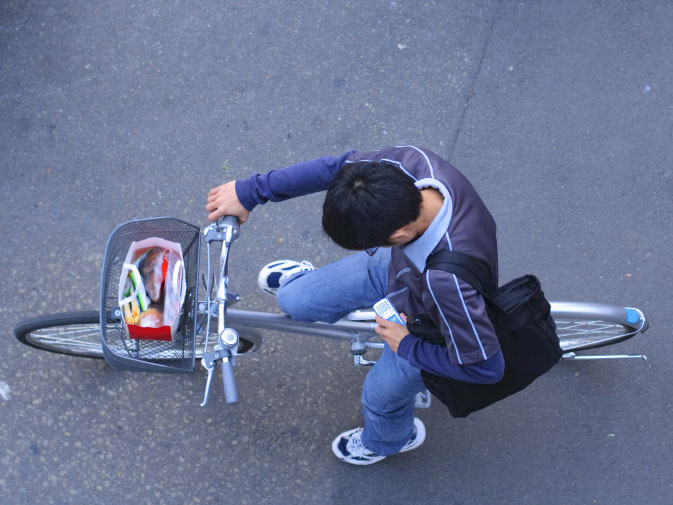 Should it be illegal to text while biking? California is considering a ban.

California is one of 23 states that have made it illegal to text while driving. Now a state lawmaker wants to take it one step further -- and ban texting while riding bicycles.

In San Francisco, where cyclists clog the bike lanes and smart phones are all the rage, some question whether the proposed law is really necessary, while others welcome it.

DeAndre Sims doesn't text while biking, and he's annoyed by people who do.

"These fools be swerving, and they be doing their little texting thing," he says.

Cyclists in San Francisco have to negotiate street cars and their tracks, stopping and starting cabs and buses, lost tourists and harried shoppers. Bike messenger Christophe LeGall-Scoville says it's enough without having to also dodge distracted cyclists.

"Every day I see more and more people on bikes, and they're developing really bad habits," he says. "They're riding down Market Street; they're on a cell phone. They have a lock hanging off of one side of their handlebar, and their helmet hanging off the other. And they're going over the tracks, and they're having a phone conversation. It's ridiculous."

State Sen. Joe Simitian drafted the proposed law, which is now making its way through the Senate. He says cyclists should have been included in the ban on texting and using hand-held cell phones all along.

"As it happens, in this case there was an oversight when we passed our hands-free law some years ago, and cyclists were inadvertently omitted," he says.

But Simitian has gotten a mixed reaction.

"There are some folks who say, 'I'm not sure I want to be liable for a fine if I'm violating the hands-free law.' Others say, 'You know what? We want to be taken seriously as part of the transportation system. If we've got a right to share the road, then we also have a responsibility to follow the laws and the rules of the road that apply to everybody else.' "

But Sal Elper, who acknowledges texting while pedaling, thinks there are more important things to worry about than texting.

"I'm always surprised people aren't wearing their helmets when they're doing risky things," she says. "I feel like that should be more of an enforced rule than texting while biking. At least wear a helmet when you're texting and biking."

Many cyclists say they are not the real problem. It's those texters in SUVs -- and the pedestrians who text away while wandering into traffic.

Simitian says the question of banning texting while walking actually did come up when drafting the new legislation, but it didn't make it into this bill.