Accessibility links
Foreign Policy: Troubling Uncertainty In Syria Amid unclear intentions from Syria after a reported weapons transfer to Hezbollah, the Obama administration has been working double-time to head off conflict in the Mideast. Josh Rogin says the U.S. Ambassador to Lebanon, Michele Sison, met with Lebanese officials on Wednesday to express the importance of unity when avoiding violent outbreaks at all cost. 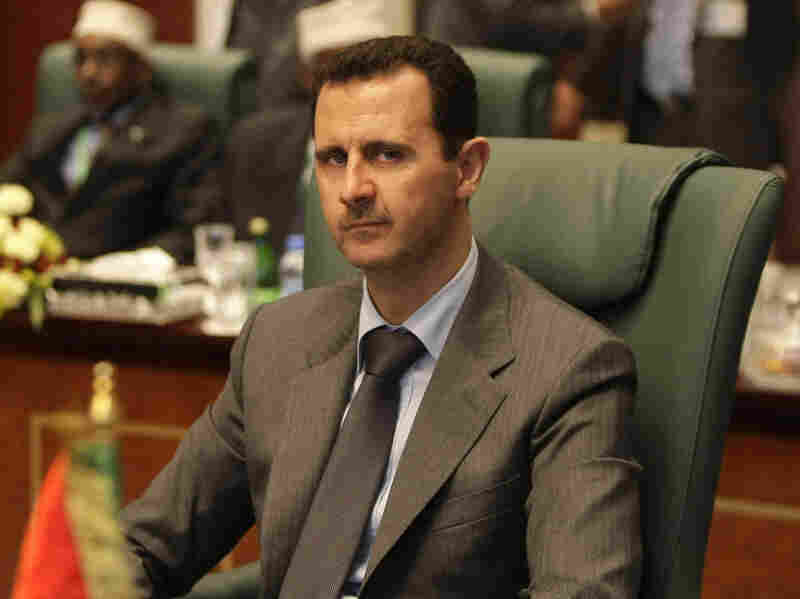 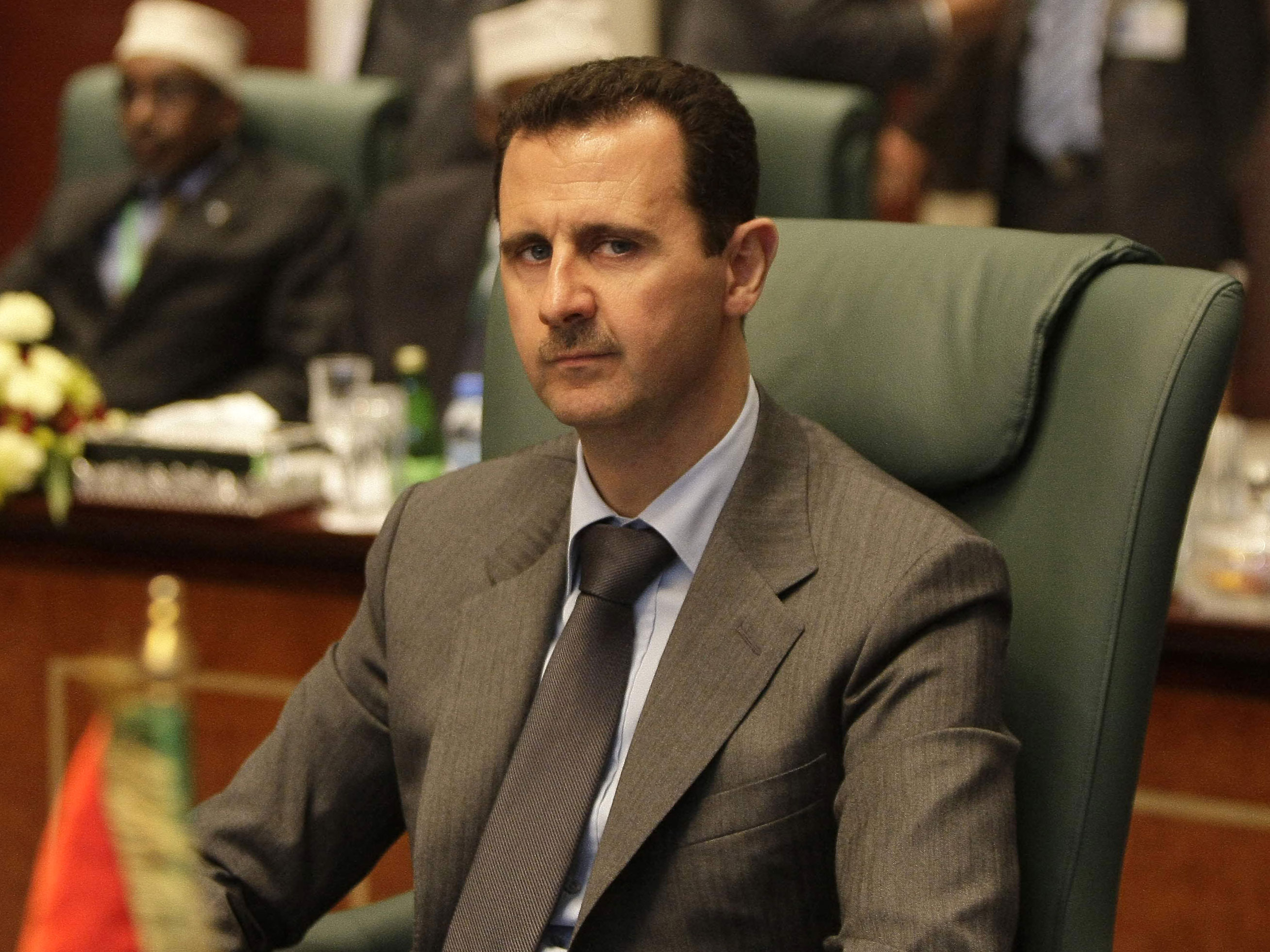 When U.S. Ambassador to Lebanon Michele Sison met with Lebanese officials on Wednesday, she had a mission: She was there to urge Lebanon to help avoid a new outbreak of violence between Israel and the Shiite militant group Hezbollah.

Sison, an affable and well-liked career Foreign Service officer, was given the difficult task of both urging the Lebanese to do what they can to avoid an eruption of war and convincing them that U.S. and Israeli concerns about alleged Syrian arms transfers over the Lebanese border should be taken seriously.

Arab press reports cited anonymous sources as saying Sison showed Lebanese Speaker of Parliament Nabih Berri and Prime Minister Saad al-Hariri photos of truck convoys, evidence of increasing and escalation weapons shipments to Hezbollah. More shockingly, the reports said that she told Lebanese officials the United States had stopped Israel from launching an imminent strike against the convoys. Neither of those details is true, according to multiple administration sources.

State Department spokesman P.J. Crowley told The Cable that the idea American waived Israel off of a strike on Syrian weapons transfers is "totally false," but declined to describe the specifics of the meeting. Another U.S. official described the Arab press reports as "bulls***."

Two administration officials close to the issue, however, said that the meeting did in fact take place, but no photos were shown and the United States did not halt an imminent Israeli strike.

"The Israelis weren't ready to shoot anything. There was never a point where they said, ‘We are going to strike something,'" the official said, adding that at some point Israeli action could of course be a possibility -- albeit a disastrous one.

Regardless, the controversy surrounding Sison's meeting reflects the extremely high tensions in the region following reports of new Syrian weapons transfers, including possibly SCUD missiles, to Hezbollah -- tensions the Obama administration is trying to tamp down.

Sison's message was the same message the U.S. is sending to all the parties, which is, "A war now is not in anyone's interest," the official said.

The administration is still not clear that any SCUDs have been transferred, but there is an acknowledgement that Syrian weapons transfers are increasing in both quantity and quality.

"It's a deterrence game and each side is building up its deterrence capability," this official said, adding that as both the Israelis and Hezbollah prepare for war, the seriousness of any actual outbreak of fighting is keeping both sides from initiating battle -- for now.

"In a way, the deterrence is working," the source added, noting that the downside risk of the arms buildup is that any miscalculation that begins an open conflict would precipitate a large-scale war that whose consequences would be impossible to predict.

According to this official, who stressed that they were only conveying their personal analysis, not the overall administration position, Hezbollah is still seeking revenge for the 2008 Israeli assassination of its military leader Imad Mughniyeh, and sees some spectacular attack on Israel as a way to achieve that.

But Hezbollah, now accountable to the Lebanese people due to its role in the government, doesn't want to be seen as firing the first shot that could lead to devastating retaliation from Israel. So the group is trying to goad the Israelis into starting the conflict, the official believes.

The Israelis are aware they are being goaded, the official said, and are doing their best to resist while warning Washington that at some point violence might be unavoidable. "The Israelis know that once they strike, that's all the excuse that Hezbollah needs to wage a full-scale war," the official explained.

As for why Syria seems to be playing such an unhelpful role, "that's the million-dollar question," the official said. The Obama administration genuinely does not understand Syrian intentions and there are three basic theories within the administration as to why Syrian President Bashar al-Assad would continue to escalate arms shipments to Hezbollah despite U.S. warnings.

According to one school of thought, this is Assad's way of playing hardball with the Israelis in advance of Israeli-Syrian negotiations. No one wants to negotiate from a weak position, so he is amassing chits that he can bargain away later.

An opposing theory is that Assad has no interest in engaging with the Americans or negotiating with Israel at all. This line of thinking concludes that he is simply paving the way for eventual conflict with Israel.

The third, more nuanced analysis portrays Assad as a man in a bind. He has himself so tied up with Iran and Hezbollah that perhaps he can't disengage as easily as those in the West think he can. Also, Assad has always been a gambler and may have simply become entangled in his own web of deals with so many competing interests.

"We do not understand Syrian intentions. No one does, and until we get to that question we can never get to the root of the problem," the official said. "Until then it's all damage control."

Meanwhile, the administration is trying to explain to the Syrians how foolish the weapons transfers are, if they are really happening, while telling the Israelis to be patient and arguing that the only beneficiary of a new Israeli-Hezbollah war would be Iran, which would seize upon a new conflict to deflect international pressure over its nuclear program.

And what about Hariri, who said the SCUD allegations were "reminiscent of the weapons of mass destruction allegations against Saddam Hussein" and "a pretext for threatening my country"?

"Hariri is terrified that another war is going to break his country apart and if that means denying the weapons transfers or whatever, he's going to do it," our official speculated. "He's desperately trying to save his country from utter decimation."