Accessibility links
Using Virtual Reality To Make Nuclear Reality Safer Scientists at Los Alamos National Laboratory in New Mexico are using video-game technology to enhance training for the inspectors who monitor civilian nuclear activities around the world. The goal is to use virtual models of nuclear facilities to provide more realistic training. 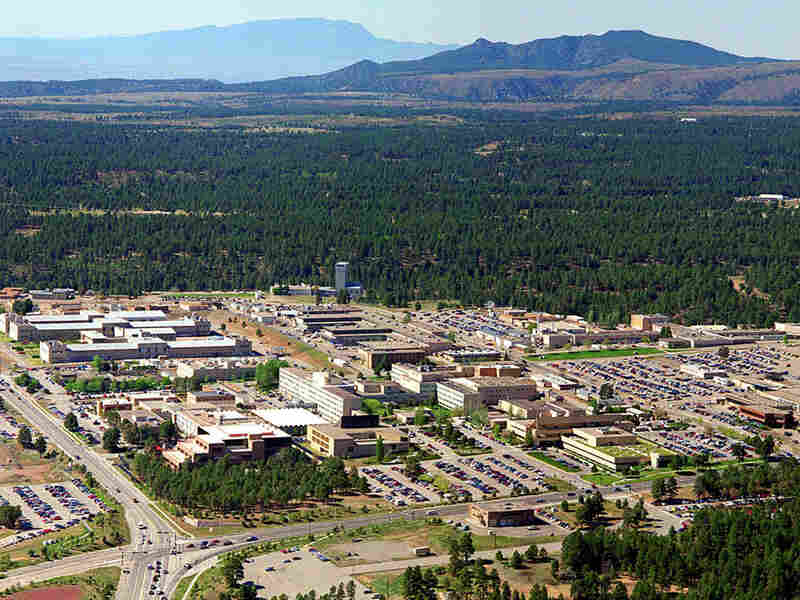 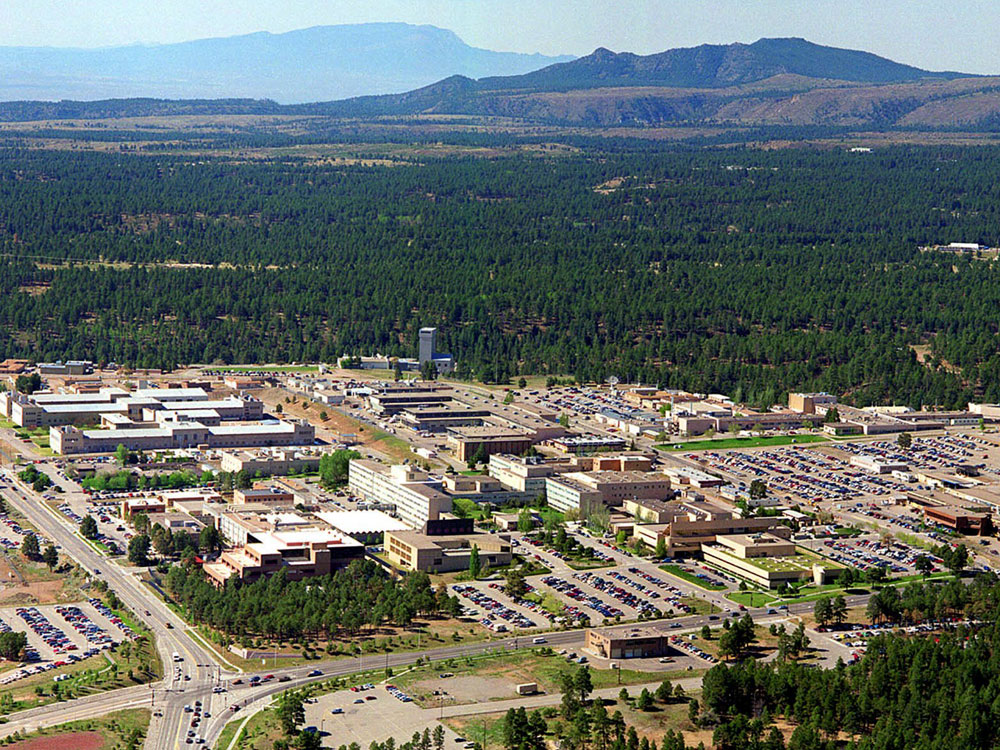 At Los Alamos National Laboratory in New Mexico -- home of the first American atomic bomb -- scientists are using video-game technology to enhance training for the inspectors who monitor civilian nuclear activities around the world.

The goal is to use virtual models of nuclear facilities to provide much more realistic training -- an effort to revolutionize global efforts to prevent the spread of nuclear weapons.

The technology is on display at Los Alamos in a bare, simple room with just some chairs, a couple of tables and a single laptop connected to an overhead projector.

On the screen is the inside of a nuclear reactor at the Idaho National Laboratory -- a virtual depiction of the reactor.

A small team of nuclear specialists at Los Alamos is using software from the entertainment industry -- the kind of realistic animation produced by Pixar, Dreamworks and Industrial Light and Magic -- to create virtual models of nuclear facilities.

The models are "highly realistic," says Kelly Michel, the project leader, down to the wiring, cables, boxes, warning signs, radiation stickers and much more.

In virtual reality, we can let people learn about a [nuclear] facility by standing in places that would not be safe or possible to stand.

The image on the screen shows a pipe -- with a side "peeled away" -- so the material moving through it is visible.

"If we had a data spigot, so to speak, feeding this computer, we could give you temperature, pressure, density and pipe contents for every pipe and every conduit that you would see in that facility that had data correlated with it," Michel says.

The project is called VISIBLE, an acronym for Virtual Simulation Baseline Experience.

"In virtual reality, we can let people learn about a facility by standing in places that would not be safe or possible to stand," says Philip Hypes, a coordinator of nuclear non-proliferation projects at Los Alamos.

"We can make walls and pipes transparent and actually watch material flow or not flow. We can treat an entire multibillion-dollar facility as a laboratory where we can play around with different configurations of detectors and cameras and things, and essentially do experiments that would be prohibitively expensive if you tried to do them any other way," Hypes says.

Los Alamos has been working on the VISIBLE project for about three years. It created the virtual version of the Idaho National Laboratory reactor based on video, still photographs and other data. 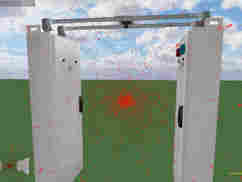 "We gave this to them and they've used it in a number of ways -- for visitors, trainees, new employees. We showed it at a workshop and then the following day took people out to the facility, and they felt like they had been there before, which was exactly the effect that we were looking for," Hayes says.

Los Alamos is sharing the system with the International Atomic Energy Agency in Vienna. The IAEA sends inspectors to nuclear facilities all over the world, including hard cases such as Iran and, in the past, North Korea.

The Los Alamos team would like to see the technology become a mainstay of the IAEA's training program.

There are other models as well, such as a depiction of a virtual portal monitor at nuclear facilities. A portal monitor looks like a large metal detector and is designed to determine whether someone is trying to smuggle nuclear materials out of a facility.

Hayes operates the laptop to move virtual radioactive material through the monitor.

"Because we're in a virtual environment, we can show you things that are invisible in real life," he says.

For instance, two samples on a table are continuously emitting gamma rays -- one of the basic kinds of radiation that the nucleus of radioactive atoms gives off.

Hayes "paints" the samples so they are visible, picks them up and moves them over to a gateway -- which sets off an alarm.

All of this is all happening in the computer, not in real life, but it has the verisimilitude of real life.

"We're right on the cusp ... of making this a worldwide applied technology and capability," she says.

The technology also could have other applications, specifically in helping build safer and better-protected nuclear facilities in the future. For instance, builders could apply a variety of monitoring and protection systems, via the computer, to see what works best in virtual reality before a facility becomes part of real reality.