Accessibility links
After Loss, Turning To Poetry For Grief And Healing After the death of his father, the poet Kevin Young looked for a collection of poetry about grieving and recovering after loss. When he couldn't find one, he compiled one himself. His new anthology is called The Art of Losing. 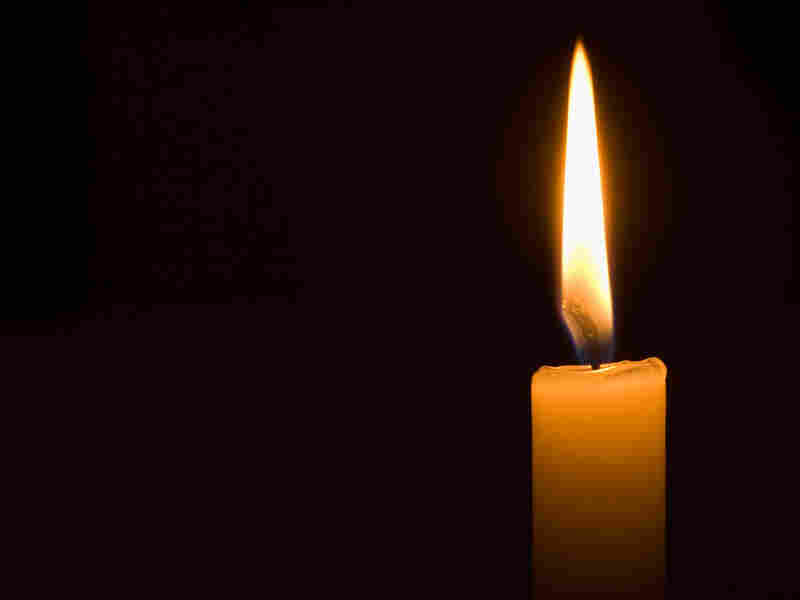 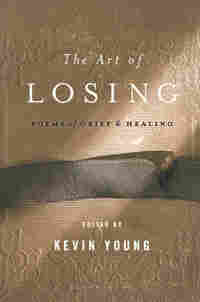 After the sudden death of his father, the poet Kevin Young looked for a collection of poems that might speak to his sense of loss. To his surprise, he couldn't find such a collection, so he went to work compiling one. The Art of Losing: Poems of Grief and Healing, Young's anthology, came out earlier this year.

Early in the collection, Young includes a poem, "Funeral Blues" by W.H. Auden, that was read at his father's service. It begins:

Stop all the clocks, cut off the telephone,
Prevent the dog from barking with a juicy bone,
Silence the pianos and with muffled drum
Bring out the coffin, let the mourners come

Let aeroplanes circle moaning overhead
Scribbling on the sky the message He is Dead.

It's that ability -- to express a feeling like the one that arrives quickly after the loss of a loved one -- that poems like Auden's wield.

"I think that's a real part of grief that we sometimes aren't able to talk about and I think that poetry talks about perhaps better than anything else," Young tells NPR's Renee Montange. "It's able capture a moment, a feeling, perhaps a fleeting feeling, and even make -- as that poem does -- music out of it."

In a few lines -- maybe just a few words -- some poems contain feelings that can overwhelm those who have suffered a loss. Stephen Dobyn's poem "Grief" employs a simple metaphor in its opening stanza:

Trying to remember you
is like carrying water
in my hands a long distance
across sand. Somewhere
people are waiting.
They have drunk nothing for days.

Young says the best poems are "precise about a feeling. A poem can be both blunt -- it can say it straight out -- it also can say, 'Stop all the clocks,' 'Do not go gentle into that good night.' It can plead in a way that we may wish, but we are not able to. And I think that that ability -- to be direct and say it full out, but also make music out of it, make metaphor, make meaning -- is really what a poem does best." 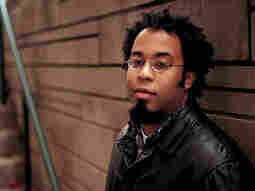 Kevin Young has written and edited many collections of poetry. His 2003 collection, Jelly Roll, was a finalist for the National Book Award. Courtesy of the author hide caption

As grief comes in many forms, so do the poems in The Art of Losing, which takes its title from the Elizabeth Bishop poem "One Art" ("The art of losing isn't hard to master ... "). Young includes poems on subjects from the unexpected -- like David Wojahn's "Written on the Due Date of a Son Never Born" -- to careful preparation, as in Hal Sirowitz's "Remember Me":

Every weekend your mother & I tour cemetery plots,
Father said, the way most people visit model homes.
We have different tastes. I like jutting hills
overlooking traffic, whereas she prefers a bed
of flowers. She desires a plot away from traffic noise.
I let her have her way in death to avoid a life of Hell.

Near the end of the collection, Young begins a section on redemption with "The Trees" by Philip Larkin, which points out not only that, while they seem to be reborn each year, trees eventually will die ("their yearly trick of looking new / Is written down in rings of grain"), but also that "their greenness is a kind of grief":

Yet still the unresting castles thresh
In fullgrown thickness every May.
Last year is dead, they seem to say,
Begin afresh, afresh, afresh

That burst of hope, Young says, is "one of the feelings that these poems capture. That movement is part of the journey of grief and healing."

Behind his house, my father's dogs
sleep in kennels, beautiful,
he built just for them.

They do not bark.
Do they know he is dead?
They wag their tails

& head. They beg
& are fed.
Their grief is colossal

& forgetful.
Each day they wake
seeking his voice,

their names.
By dusk they seem
to unremember everything --

to them even hunger
is a game. For that, I envy.
For that, I cannot bear to watch them

pacing their cage. I try to remember
they love best confined space
to feel safe. Each day

a saint comes by to feed the pair
& I draw closer
the shades.

I've begun to think of them
as my father's own sons,
as kin. Brothers-in-paw.

My eyes each day thaw.
One day the water cuts off.
Then back on.

They are outside dogs --
which is to say, healthy
& victorious, purposeful

& one giant muscle
like the heart. Dad taught
them not to bark, to point

out their prey. To stay.
Were they there that day?
They call me

like witnesses & will not say.
I ask for their care
& their carelessness --

wish of them forgiveness.
I must give them away.
I must find for them homes,

sleep restless in his.
All night long I expect they pace
as I do, each dog like an eye

roaming with the dead
beneath an unlocked lid.

Finally fall.
At last the mist,
heat's haze, we woke
these past weeks with

has lifted. We find
ourselves chill, a briskness
we hug ourselves in.
Frost greying the ground.

maple didn't thrust
it's leaves into flame,
trusting that spring
will find it again.

All this might be easier if
there wasn't a song
still lifting us above it,
if wind didn't trouble

At night I sleep
on clenched fists.
Days I'm like the child
who on the playground

falls, crying
not so much from pain
as surprise.
I'm tired of tide

taking you away,
then back again --
what's worse, the forgetting
or the thing

you can't forget.
Neither yet --
last summer's
choir of crickets 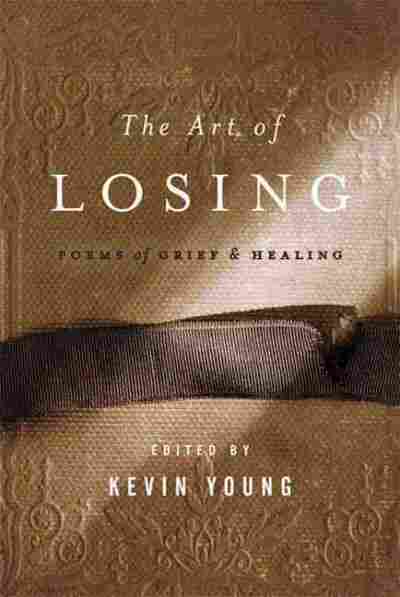 The Art of Losing

Poems of Grief and Healing