Accessibility links
Fiddling With An American Alternative To Suzuki American violinist Mark O'Connor has been a sideman for country stars and a soloist with symphony orchestras. He has made 36 albums. Now comes his biggest project yet: He wants to change the way young people learn how to play his instrument. 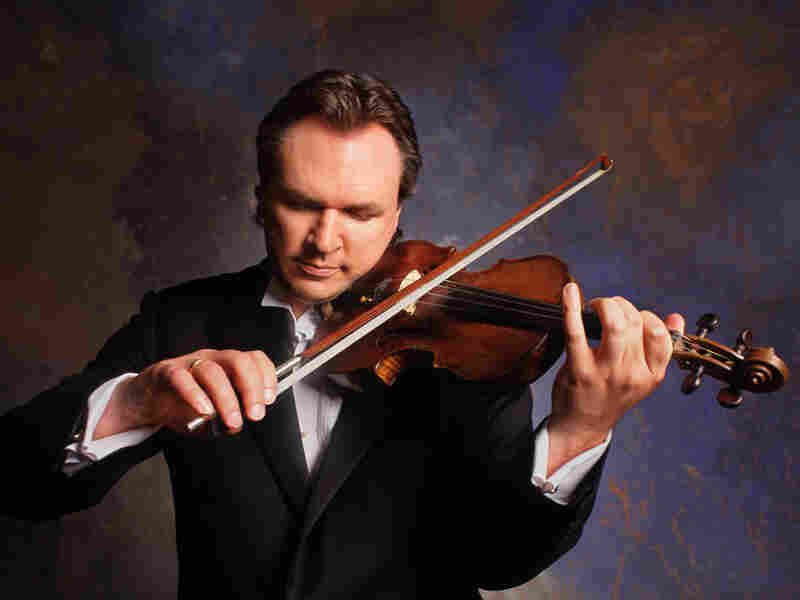 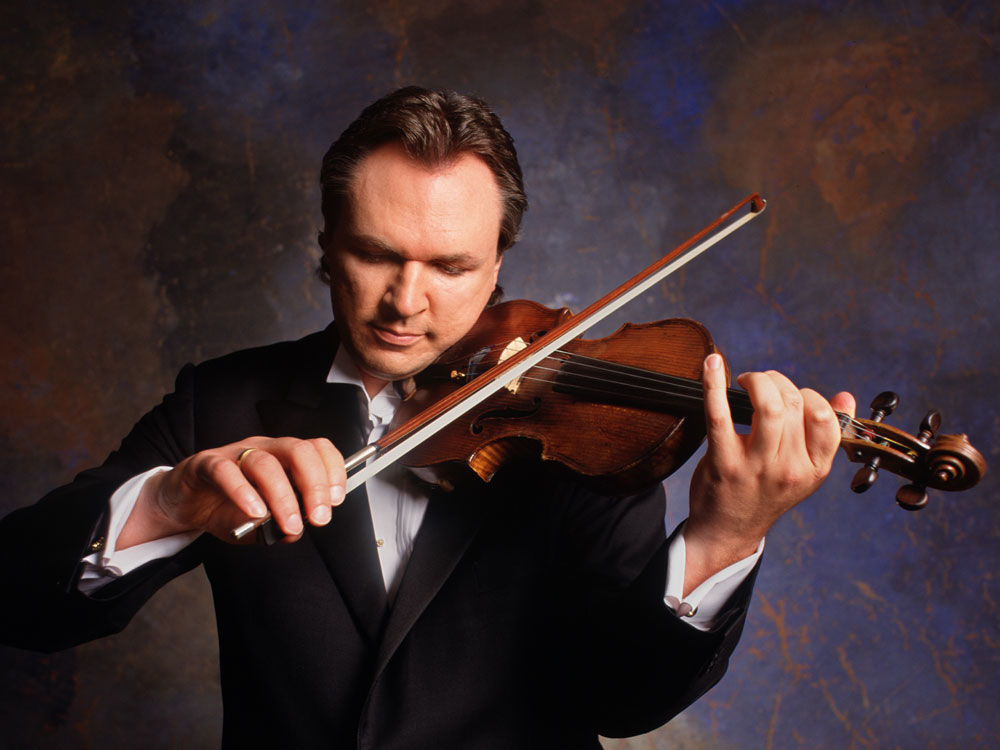 American violinist Mark O'Connor has been a sideman for country stars and a soloist with symphony orchestras. Last week, he released his 36th album. But now, O'Connor has undertaken his biggest project yet: He wants to change the way young people learn how to play the violin.

On a Tuesday night at a church in Washington, a dozen children, students of teacher Doree Huneven, make their way through the first movement of a classical-music standard: Antonio Vivaldi's Concerto for Violin in A minor.

An arrangement of the piece is in the Suzuki Violin Method. Book Four, for the initiated. And many people have been. Millions of musicians, including Huneven's students, have used the Suzuki Method.

Shinichi Suzuki believed that music should be taught like spoken language: by ear. And he liked the old guard of European classical composers: Bach, Beethoven, Brahms, Schubert, Mozart and Handel. For the most part, the Suzuki repertoire is canonical.

So it was surprising to hear what Huneven's students played next. They went from Baroque to bluegrass: "O, Susanna," a traditional American fiddle tune.

That tune appears in a new instructional method, by O'Connor, with more two-steps than minuets. He wanted to base it on music from the Americas: Cajun and country, ragtime and rock 'n' roll.

"Rather than concentrate on all these divisions, it would be great just to broaden the tent and start to include a lot of these disciplines," O'Connor says.

O'Connor was a fiddling prodigy. When he was 12, he signed his first recording contract. As a teenager, he won national competitions. He was a first-class fiddler. But O'Connor's musical interests grew wider. He headlined classical concerts. He performed alongside jazz greats. And he tried his hand at composing.

Over the years, O'Connor became hard to categorize. He blazed a trail across genres as few string musicians have. And along the way, O'Connor says, he realized something.

"That doesn't have to be such a unique path," he says. "That path can be duplicated. And, in fact, it could be, in some ways, kind of copied and emulated in the process of really developing a full-tilt exploration of American string playing."

O'Connor says he wants to create what he calls "super string players for the 21st century" -- musicians who can improvise and experiment, who want to use the violin to play all kinds of music. He says he can bring fiddling in from the margins, all the way into the center of the world of classical music.

O'Connor developed his method at annual summer music camps for string musicians, where classically trained violinists take classes with fiddlers. Teachers come from all over the world. Huneven says he remembers how exciting the camp was.

"There are these teenagers who are just in love with the instrument, and they were playing blues and Cajun and world music," she says. "And I thought, 'That's amazing.' "

In the '70s, Huneven sat at the feet of Shinichi Suzuki. She was the third Western student to graduate from his school in Japan. Now, Huneven is an O'Connor acolyte, one of the first teachers to use his new method. The books are richly illustrated, with information about the history of every piece, and every melody is catchy.

"It grabs them," Huneven says. "It ropes them in. It's Pied Piper music. They just love it. They can't stop playing it."

Nicole Mattey, one of Huneven's students, says she agrees.

"Every time I listen to music, I can think of the notes. I can hear it better," she says. "When I play a fast song in classical, I find it's a bit more like fiddle than I would've expected."

Still, Huneven acknowledges that some people don't get what O'Connor is trying to do: to blur the lines between jazz and bluegrass and world music. To re-brand America's various musical traditions as American classical music.

"I still have parents that say, 'Oh, are we going to play the fiddle music?' But it's not. It's violin music," Huneven. "It's really important that they understand that this is our music. And I want everyone to feel proud playing America's classical music."

"Say they want to play the Tchaikovsky violin concerto," he says. "There is nothing in this method that will prevent them from doing that."

He says that, in his books, there is more theory, more of an emphasis on sight-reading than there is in the Suzuki Method. And how does O'Connor know it will work? He's living proof, he says. After all, it's the way he learned how to play.