Accessibility links
Stupid Stuff Your Smart Phone Can Do Novelty apps have become an essential part of the smart phone experience. Many are dumb distractions, but others might actually teach you something.

Stupid Stuff Your Smart Phone Can Do

Stupid Stuff Your Smart Phone Can Do 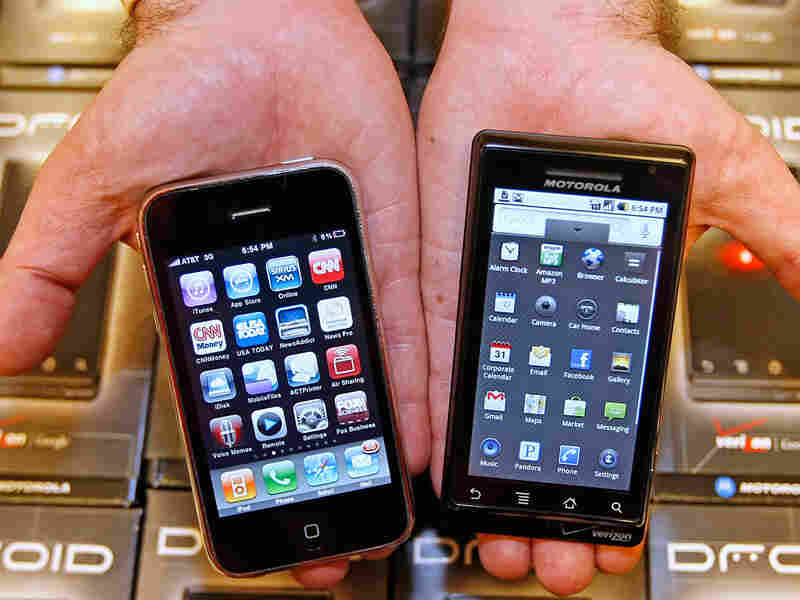 Novelty apps have become an essential part of the smart phone experience. Many, like iFart or Poop the World, are dumb distractions, but others might actually teach you something. George Frey/Getty Images hide caption 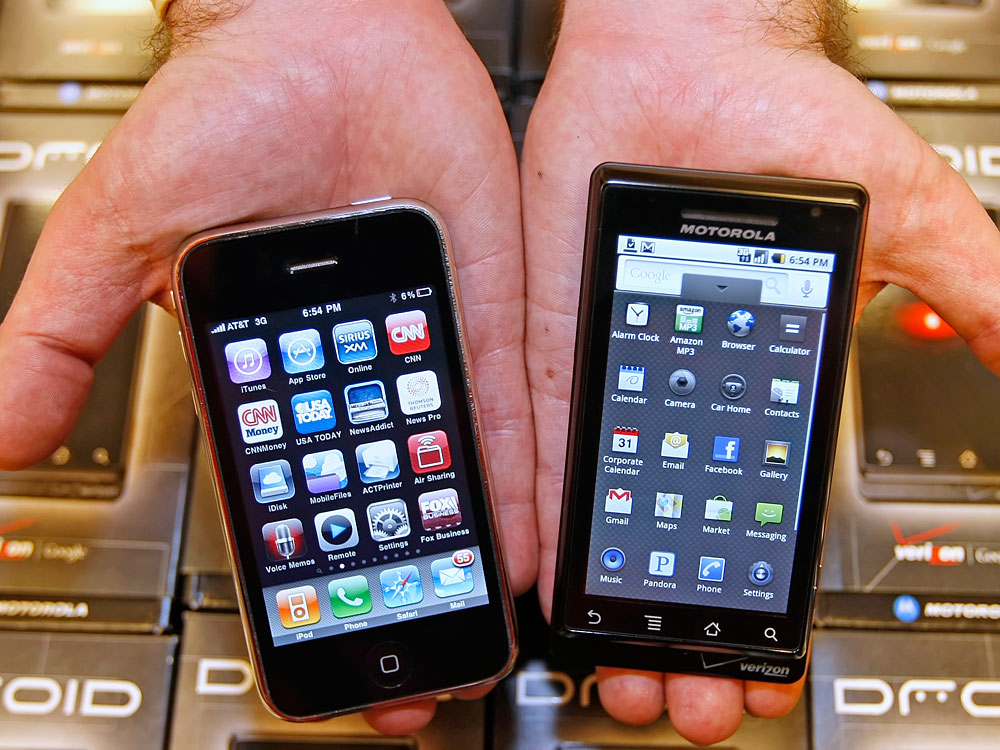 Novelty apps have become an essential part of the smart phone experience. Many, like iFart or Poop the World, are dumb distractions, but others might actually teach you something.

When he first heard the iFart, Tim Yewchuk was inspired. Many people thought the "app" that produces indelicate noises on iPhones was juvenile or funny (or both), but Yewchuk sensed a business opportunity.

"The iFart phenomenon was part of what started the gold rush in the app world," he says. "We had dollar signs in our eyes. We thought there was money to be made."

Plenty of people do.

Apple's iTunes store -- as well as the app stores for competing phones such as Android -- is filled with novelty applications. They serve only one purpose, which may be silly or sometimes downright offensive. For example, they make the front of a phone look like it has a crack in it, or they make the phone say "dude" over and over again in different voices. One allows guys to keep track of their girlfriends' monthly cycles, while one NPR house favorite turns the speaker's mouth into a cartoon.

The number of apps – 185,000 for iPhone, 50,000 for Android – can be overwhelming. This set of links to “best of” lists is meant simply as a place to start looking in some popular categories.

American culture has long been filled with novelties. Such apps could be seen merely as the digital equivalent of whoopee cushions.

But these apps also say something about the nature of consumer culture, particularly in the digital age. And not all of them are mere distractions. There's a blurred line between apps that offer dumb distraction and those that turn into serious hobbies that the user might learn from. Some are even starting to change communications almost as profoundly as the devices they run on.

Riding home on the subway the other day, Joe Diederich was playing Tetris on his new iPhone. "I get a lot more out of it than my BlackBerry," he says. "It's a good way to kill time."

Diederich provides budget and program support as a contractor with the Department of Energy, and his phone is mostly filled with apps that allow him to track news and financial information. But like millions of people, Diederich likes playing games on his phone, too.

Many are oldies like Tetris. And no matter how much technology advances, you still see people playing solitaire.

But those games can get tired. That's where people like Yewchuk come in. He is the president of SWS Digital, publisher of Poop the World. Users can choose from a menu of descriptors regarding the scent and shape of their ... product. GPS technology lets them log wherever it is they happen to be.

"It's just fascinating to me, seeing all the different users marking their territory digitally around the world," Yewchuk says. "There's been a lot of interest in Germany. Japanese people seem to love it, too."

At 70 cents a download, Yewchuk hasn't yet been able to quit his day job -- marketing dog shampoo. But Poop the World has been popular. It cracked the Top 20 in iPhone app sales, peaking at 1,000 downloads a day. It still averages 500 to 600 per week.

This is where novelty apps differ from the days of candy-bead necklaces, bubble gum cards and World's Fair commemorative plates, says Samira Kawash, a former Rutgers University professor of women's and gender studies who is working on a cultural history of candy.

Prior to World War II, novelties were primarily designed to extend a fleeting experience, she says -- whether it was the act of eating candy or thinking back on a trip. Novelties gave you a token you could hold onto.

"With iPhone apps, you have a novelty which is precisely the opposite," Kawash says. "You play with them once or twice and show your friends, and then it's disposed of."

When Playing Is Just Play

It's part of the Internet culture. The notion of value is increasingly separate from the material form of an object.

But if apps are ephemeral, they can also provide connection. That's what interests Ge Wang.

Wang, an assistant professor of music and computer science at Stanford University, is also the chief technology and creative officer at Smule. As such, he helped developed Ocarina -- the app that turns your iPhone into an instrument, sort of like a flute, that you play by blowing on it.

Ocarina became the top-selling app within days of its release in November 2008 and has since been downloaded 2 million times. It was expressly the ability to make music easily -- the "gamelike component," he says -- that intrigued Wang.

Smule has since released other "sonic media" apps such as Leaf Trombone, Magic Piano and a singing game tied to the TV show Glee. In no case, Wang believes, are users as intimidated as they would be picking up a violin or sitting down at a physical keyboard.

"We think that making music should be no more difficult than picking up your phone and calling someone," Wang says. "In this case, you actually are picking up the phone."

Smule And The World Smules With You

As with countless other apps, people using Smule products can not only play music but listen to others doing the same all over the world. The way people connect with each other -- and progress from nervous amateurism to real virtuosity, as displayed on plenty of YouTube videos -- now informs Wang's scholarly work on music and computing.

"Though these apps are whimsical, we explore some bigger ideas," he says. "There's a social aspect, but it's a very different thing than Facebook. Your identity doesn't matter; it's all about participation. When you're playing Magic Piano with someone in Poland, Australia or Japan, you speak through the music."

Mobile Apps Market Scales Up From Zero To Billions April 13, 2010