Accessibility links
Movie Review - 'Please Give' - Real Women, Thrown For Curves Nicole Holofcener's off-center comedy tracks a Manhattan antiques dealer whose guilty-liberal anxieties don't keep her from lusting after her elderly neighbor's apartment. Critic Ella Taylor says the film is as tender and sympathetic as it is tough toward all its tortured, even unlikable characters — and it's a nice antidote to the more toxic sort of chick flick favored by Hollywood. 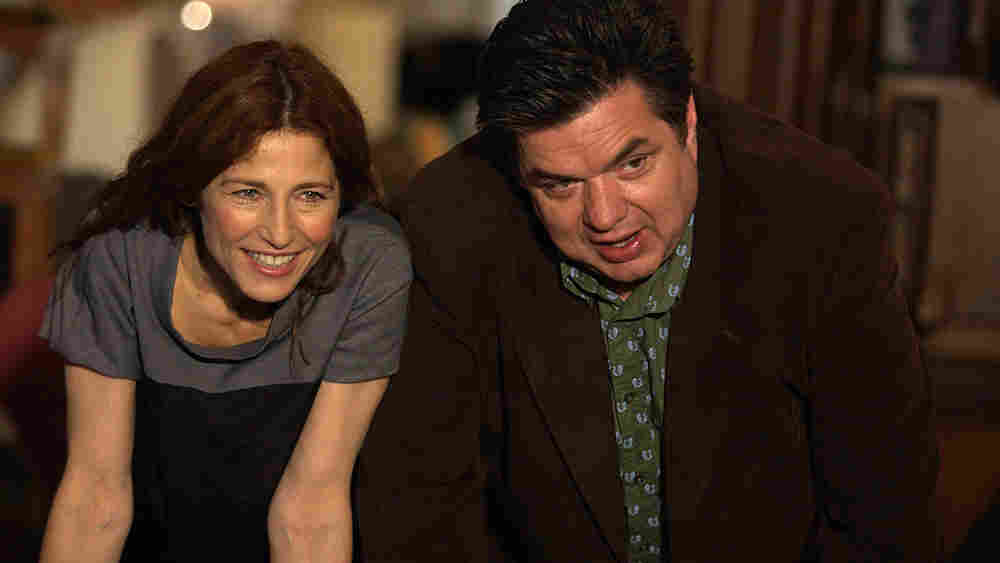 I'm as susceptible as the next two-faced feminist to a big, shiny, escapist chick flick. But honestly, girls, haven't the pickings been pitifully slim since -- well, since The Devil Wears Prada? From the extended shopping trip of Sex and the City to the finger-wagging self-help manual that was He's Just Not That Into You, we've been ripped off, patronized to a pulp and left to stew in that very bad guilty pleasure, Valentine's Day. Enough's enough -- or would be if SATC2 weren't hovering in the wings, dangling Manolos.

Enter Nicole Holofcener, and not for the first time, to administer a stiff antidote to the toxic women's movie. A born provocateur, this willfully independent filmmaker makes smart comedies -- Walking and Talking, Lovely and Amazing, Friends with Money -- for smart females who don't admire or recognize themselves in the earth mothers and giddy shopaholics who people the studio comedies ostensibly made to measure for the modern woman.

Not that Holofcener is in the role-model business. The women in her movies, honed to a beautifully sharp point by her muse and alter ego Catherine Keener, range from hand-wringing neurotics to mad bitches on a tear. Holofcener is unafraid to show us at our bedraggled worst. Heck, she'll even admit that we like buying stuff. In fact, the dilemma at the heart of her new film, Please Give, carries oddly consumerist echoes of Sex and the City, several episodes of which Holofcener directed on television.

Keener plays Kate, a businesswoman who buys furniture cheap at estate sales and sells it dear in the trendy Manhattan antique store she runs with her husband, Alex (a wonderfully droll, dry Oliver Platt). So successful are these two that they've bought the apartment next door to theirs and are waiting for its cranky old occupant (Ann Guilbert) to die so that they can, in a practice now so common among the Manhattan yupoisie that it rates its own slang, "push through" and renovate. 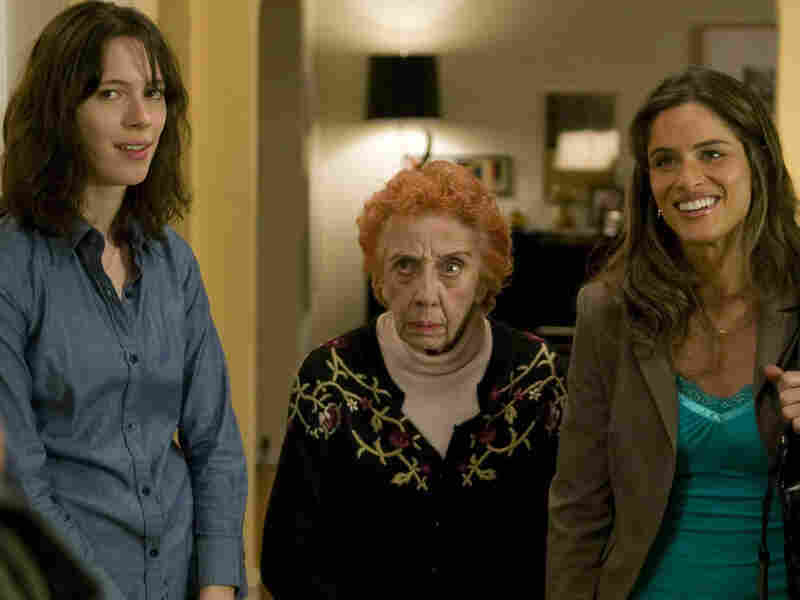 Generational Conflict: Rebecca Hall (left) and Amanda Peet play the caretaker granddaughters of grumpy, ailing Andra (Ann Guilbert) — whose apartment will be Kate and Alex's just as soon as she's moved on to the next world. Piotr Redlinski/Sony Pictures Classics hide caption 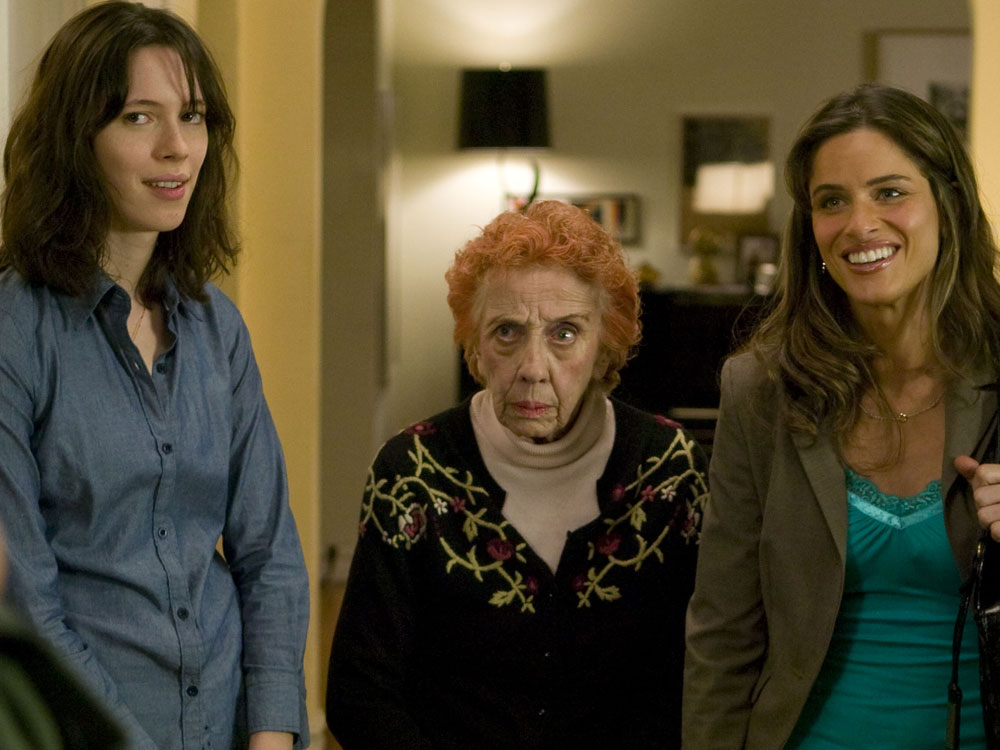 Generational Conflict: Rebecca Hall (left) and Amanda Peet play the caretaker granddaughters of grumpy, ailing Andra (Ann Guilbert) — whose apartment will be Kate and Alex's just as soon as she's moved on to the next world.

Yet far from enjoying her wealth, Kate is a guilty, conflicted liberal who presses $20 bills on the homeless while refusing to pony up for the $200 designer jeans her hormonal teenage daughter (a very good Sarah Steele) covets. She weeps unhelpfully while volunteering with the mentally disabled, agonizes over her desire to lay hands on the neighboring apartment where two motherless sisters (Rebecca Hall and Amanda Peet) care for their grandmother, and willfully fails to notice that her spouse is cheating on her right under her nose.

Carrie Bradshaw and friends might shrug and wonder what's the big deal, while recession-bruised audiences may roll their eyes and ask why they should care about the ethical hairsplitting of the rich. Holofcener rolls her eyes too -- Please Give is funny and irreverent (as only a film that begins with multiple mammograms can be) and fully aware that, well, we should all have such problems.

But like all her movies, Please Give is multitonal, as tenderly sympathetic as it is tough toward all its tortured, even unlikable characters. For the first time, too, the mood is tinged with wistful regret and a sad awareness of the inevitability of death. Instead of occupying center stage this time, the enraged shrew stands off to the side, beautifully underplayed by Peet, while Kate proves as kindly and concerned as any self-absorbed Upper West Sider can be.

The final scene, which resolves the matter of those pricey jeans, may cause prudent parents to lift their hands and mutter "bad mommy" under their breath. But if you've been paying attention, you might also see -- in brave contrast to the phony humility with which Sex and the City wrapped up its final scenes -- a family, quietly gluing itself back together.