Accessibility links
Movie Review - 'Please Give' - A Fine-Tuned Study Of Envy And Guilt Critic David Edelstein reviews Nicole Holofcener's offbeat film about a couple (played by Oliver Platt and Catherine Keener) who are planning to expand their apartment into the one next door — just as soon as their elderly neighbor dies. 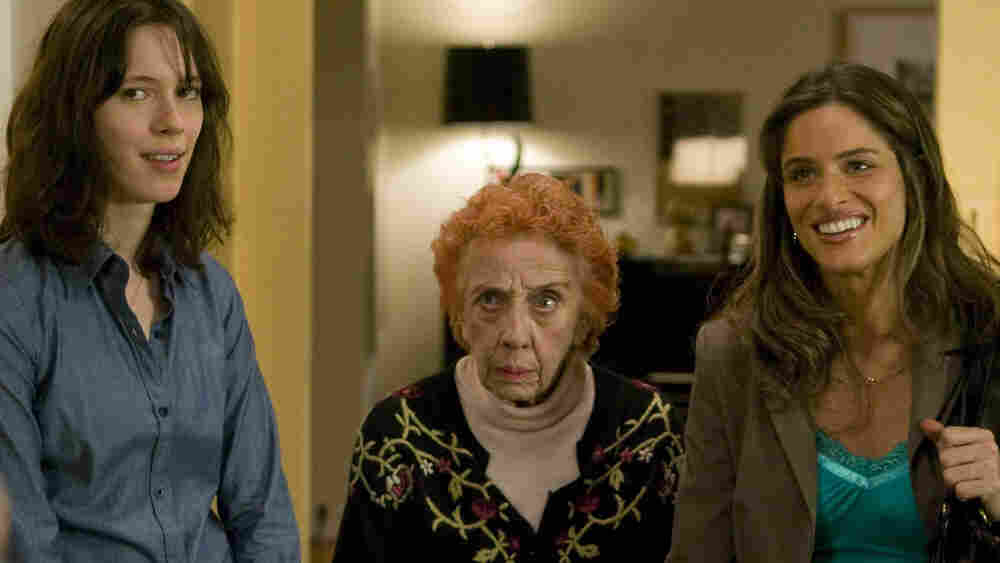 Nicole Holofcener's Please Give jumps around in a way that's loose and offbeat and funny, so it seems almost rude to describe it as having a "theme." It has no big speeches, no conventional climax, and two female protagonists who meet only glancingly. The only hint of a message is that title, which no one says onscreen, and which might, like all of Holofcener's titles, seem maddeningly unspecific -- Walking and Talking, Lovely and Amazing, Friends With Money. But the casualness is deceptive.

Please Give is a fine-tuned study of envy at what others have and guilt over having what others don't, and of how the two feelings can coexist. Catherine Keener, who has starred in all of Holofcener's films, is Kate, who, along with her husband, Alex, played by Oliver Platt, runs a Manhattan furniture store with an inventory purchased from children of old people who've died -- children who often have no clue what their parents' stuff is worth. Kate and Alex are so successful at taking advantage of others' ignorance that they've bought the apartment next door and plan to break through once its 91-year-old tenant, played by Ann Guilbert, passes away.

But Kate, increasingly, can't live with the idea that she's an exploiter. She's ashamed when the old woman's granddaughter, Rebecca -- the film's second protagonist, played by Rebecca Hall -- responds curtly to her pleasantries. She Googles places to volunteer. She presses food and money on people in the street. Her altruism has a hysterical component. She has a teenage daughter, Abby, played by Sarah Steele, with body issues and bad skin, who longs for that one article of clothing -- a $200 pair of jeans -- that she thinks will change her life. But after refusing to give Abby the money, Kate tries to press a $20 bill into the hands of a homeless man, as her daughter complains bitterly that she never gives her any money.

"Abby, give this man that money right now and we'll discuss this later," Kate says, as her daughter refuses. "This is insane. I buy you everything you need. Abby, I don't have another $20."

"I'm sorry, I'm ashamed," Keener mumbles, and they quickly walk away, leaving the homeless man alone on the street. 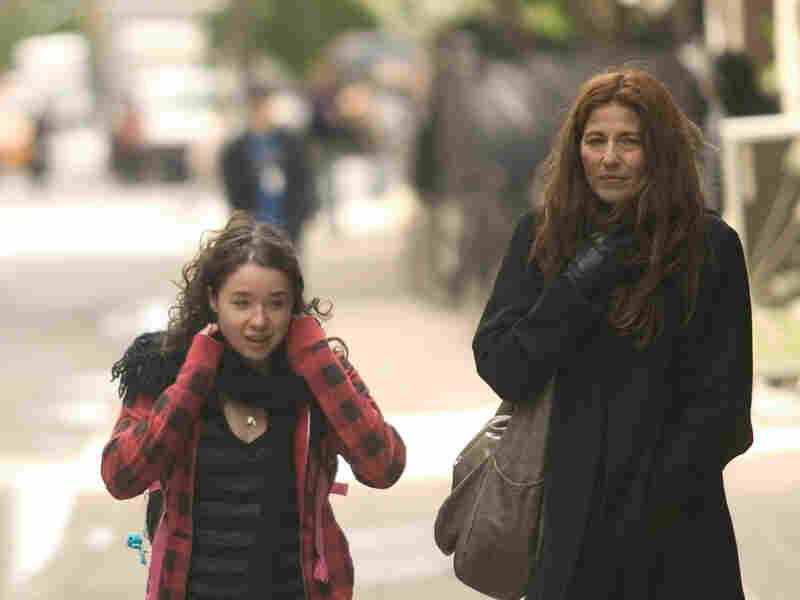 Catherine Keener's character Kate and her daughter Abby (Sarah Steele) argue over a $200 pair of jeans, which Abby is convinced will change her life. Piotr Redlinski/Sony Pictures Classics hide caption

In Keener, Holofcener has the perfect alter-ego: warm and appealingly bedraggled. Partly because she's so good at projecting plain, sensible intelligence, her freak-outs seem more grounded than those of most actors. They evoke those moments we have when the fog clears and we suddenly see the gap between what we do and who we think we are.

Rebecca Hall has comic stature, too. She's a tall actress who projects a charming gawkiness -- you'd hardly know from her perfect American accent that she's from British theater royalty. Her character Rebecca is a radiology technician who does mammograms -- in fact, the movie opens with a montage of breasts, big, small, floppy, settling on an X-ray plate. Rebecca is pale and raw, socially stunted. She's the opposite of her sister Mary, played by Amanda Peet, who sports an orangey salon tan and is all reckless impulse. Rebecca looks at women's insides while Mary, who gives facials, stays on the surface, and together they embody what Holofcener sees as the overwhelming sources of female anxiety: the breasts, what Rebecca calls the "tubes of potential danger," full of hormones; and the beauty mask by which women are judged.

Holofcener's dialogue is a mixture of abrasiveness and apology, of harsh satire and a kind of compassionate pullback. Her fondness for her characters softens but never sentimentalizes them, which is why Oliver Platt's Alex can be a fount of self-indulgence yet so likable -- and even, with that delicate cleft chin on that giant head, romantic. The bluntest, meanest character, Rebecca and Mary's grandmother, is too vivid to dislike. Ann Guilbert played Millie on the old Dick Van Dyke Show and she still has great, brash timing. She also gives you glimpses of the huge spirit trapped in that small, failing body, and frightened of death. Please Give pushes past ridicule and comes out the other side, to compassion and empathy -- to a place where $200 jeans can be a symbol of love, where the only hope for us is to give and keep giving.