Accessibility links
Owen Pallett, Live At Webster Hall Pallett employed his sad-angel voice, skillfully bowed violin and a loop pedal to build a set of dense, haunting chamber-pop layer by layer. Bookending this set of mostly new material are some golden oldies, including fan favorite "This Is the Dream of Win and Regine" and a cover of Mariah Carey's "Fantasy."

This show was recorded by Edward Haber and Damon Whittemore. 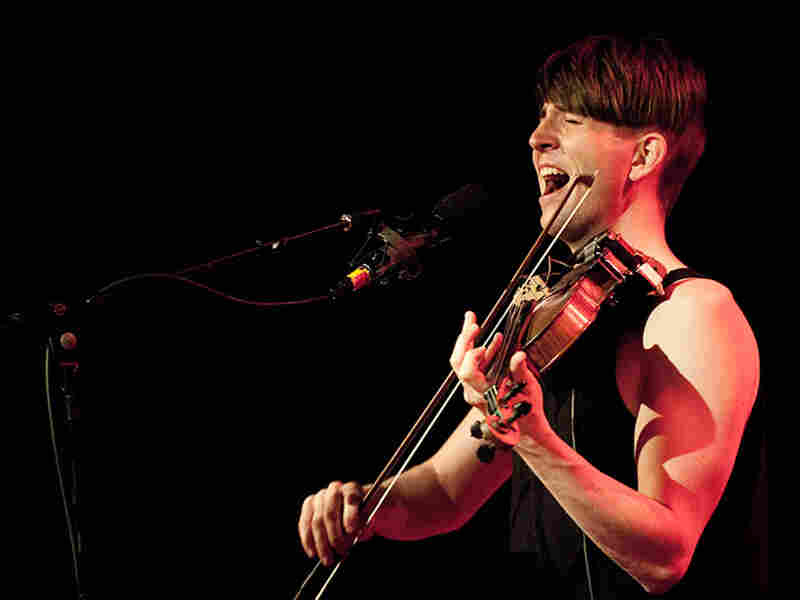 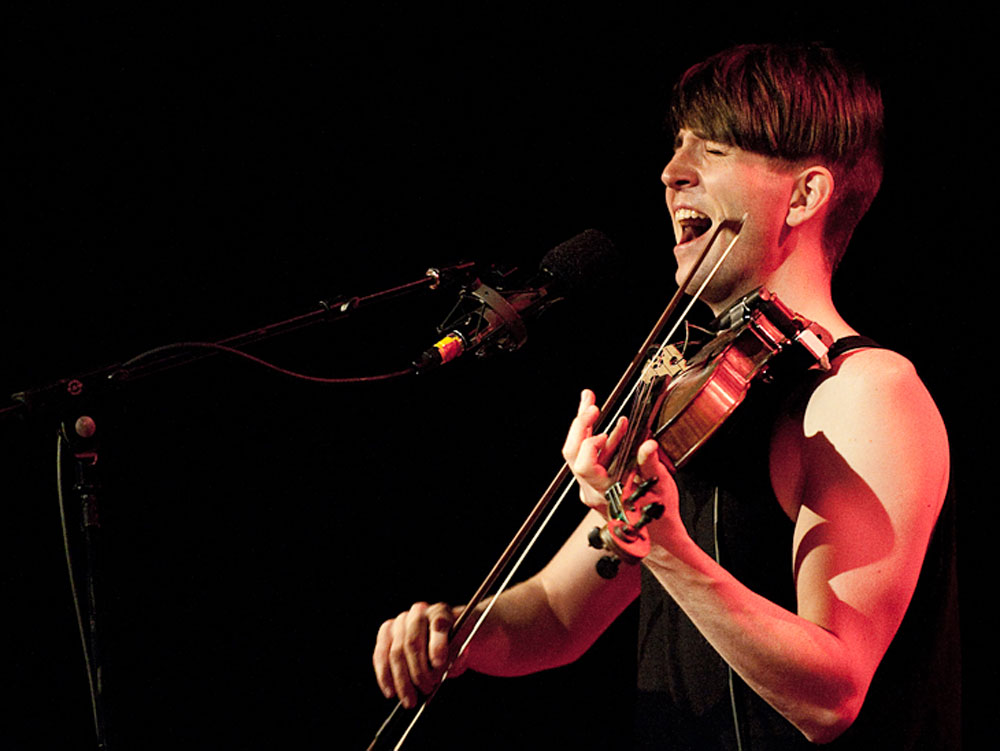 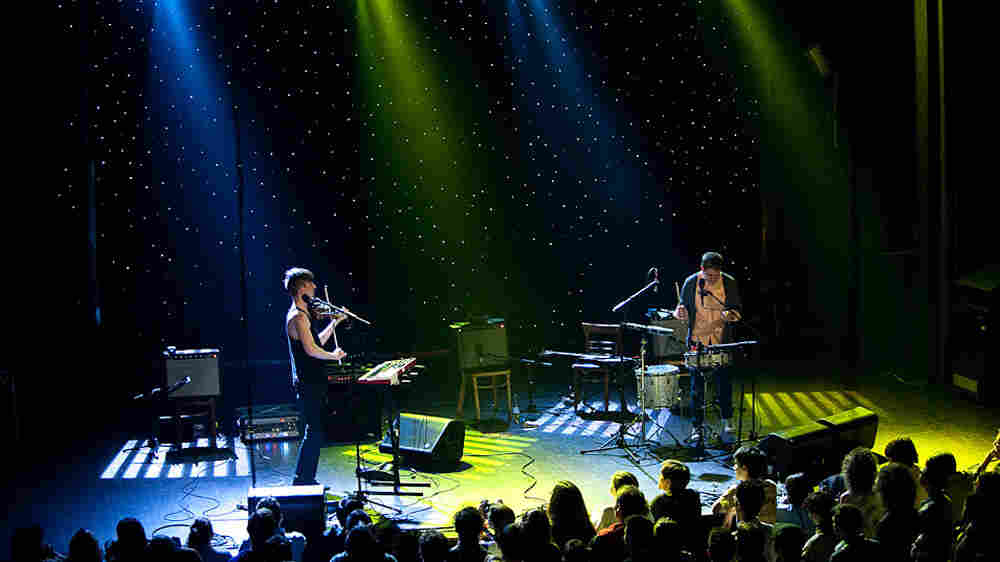 If you read the liner notes of this past decade's most beloved indie records, it shouldn't be hard to spot the MVP. Owen Pallett's string arrangements helped make hits out of Arcade Fire's Funeral, Grizzly Bear's Yellow House and Beirut's The Flying Club Cup, just to name a few.

But these days, his resume as a sideman is incidental. Through three weird and delicate solo albums, Pallett has found his greatest potential at center stage, as a singer-songwriter. His latest, Heartland (Pallett's first release under his own name, after two as Final Fantasy), is sonically bigger than its predecessors, thanks in part to some swirly atmospherics from the Czech Symphony Strings. But at the album's core lie the same three elements that have always been Pallett's trademark: his sad-angel voice, skillfully bowed violin and a loop pedal, by whose graces he builds his dense, haunting chamber-pop layer by layer.

Once proudly solitary in performances, Pallett shared the stage of New York City's Webster Hall Thursday night with guitarist/percussionist Thomas Gill, whose modest comping gave the songs a welcome dynamic boost. The two stood like sentries at their respective stations -- Pallett at stage right, flanked by a keyboard (which, true to form, had been outfitted to play samples of his own voice), Gill at stage left with his guitar and a stripped-down drum kit. Behind them, a vast, twinkling starry-night backdrop stretched up into the rafters.

Pallett focused mostly on what he playfully called his "new jams," but he bookended the set with some golden oldies, including fan favorites "This Is the Dream of Win and Regine" and "The CN Tower Belongs to the Dead." And, though he doesn't exactly make dance music, the moments when the rhythms locked in and the crowd bobbed their heads en masse provided the show's unmistakable highlights. Heartland's "Lewis Takes Action" accounted for one of these, as Pallett and Gill locked eyes and stepped back and forth in sync with the song's girl-group beat. When they busted out a cover of Mariah Carey's "Fantasy" to close the encore, the shouting and shimmying reached a level usually reserved for middle-school dance parties.