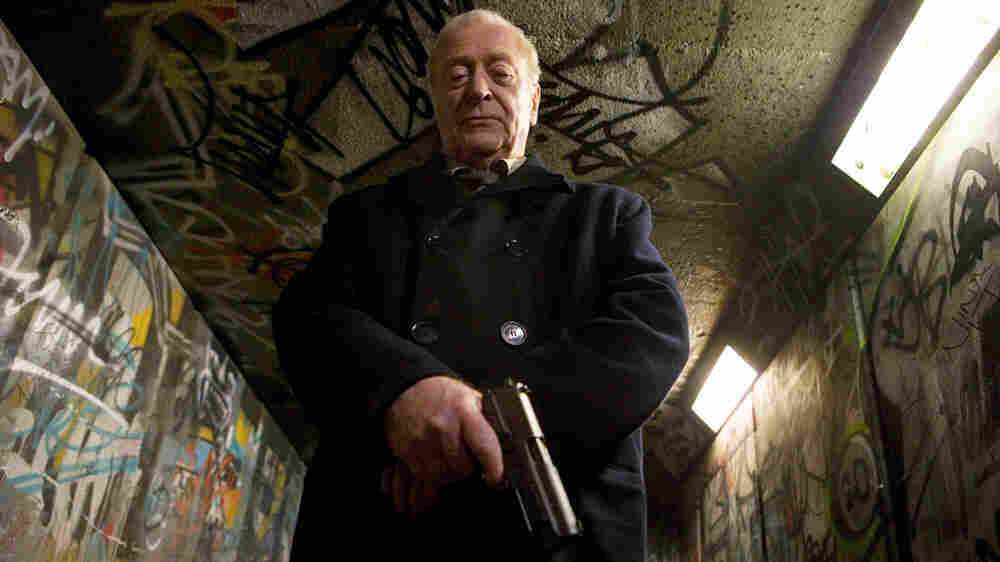 Hardcore Harry: Enraged by the murder of his best friend, an English pensioner (Michael Caine) uses the combat skills he learned fighting the IRA in Ulster to hunt his friend's killer. Samuel Goldwyn Films hide caption

'You Didn't Come Here To Talk About Jess'

A tight, anxious little film that plays like a call to arms for senior citizens, Harry Brown could be Gran Torino reimagined as a subdued episode of Prime Suspect. But while Clint Eastwood's film drew its energy from an exultant crescendo of codger vigilantism, this Michael Caine vehicle travels on more age-appropriate fuel: a sad swell of disgust at a world gone very, very wrong.

The rhythms and emotions may be more tempered than those in the Eastwood-Bronson canon, but the message is the same: The hero -- and he is always a hero -- is mad as hell, and he's not going to take it anymore. Caine's Harry, as announced by his nondescript surname, is a beleaguered Everyman, a melancholy retiree who in swift succession loses his beloved wife to illness and his only friend, Len (David Bradley), to drug-dealing thugs.

Through the worn netting on the windows of his pitiful flat, Harry can see a pedestrian underpass where louts lie in wait to rob the unwary and service the strung-out. A former Royal Marine who fought the IRA in Northern Ireland, he sweeps his crumbs and washes his dishes with military precision, and the film's early scenes paint the character and his dreary existence with unhurried care. After his dual bereavement, however, Harry's fighting skills resurrect with shocking ease: Smoothly transitioning from political to generational conflict as though decades had not intervened, he buys a gun and sets off to hunt for Len's killer.

Shot in and around London, Daniel Barber's directing debut is a bleak portrait of urban decay, an unblinking study of a cesspool where geezers are harassed and single mothers are mown down in broad daylight. "I'm scared all the time," says Len a few hours before his death, while Martin Ruhe's gloomy-green cinematography emphasizes the putrescence of his surroundings. So when Harry starts to rack up victims -- beginning with a pair of skanky dealers guarding a forest of homegrown weed and a near-comatose sex slave -- it's difficult not to root for him; after all, we already know he'd much rather be playing chess. 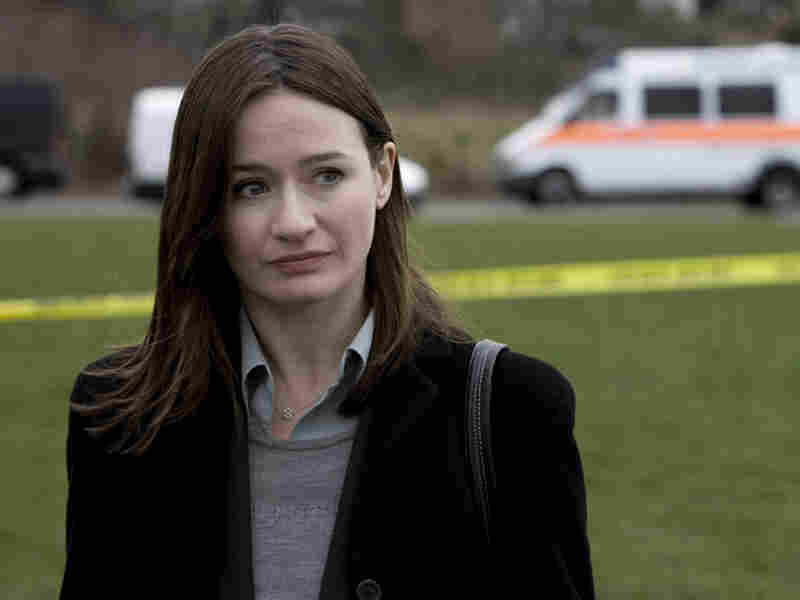 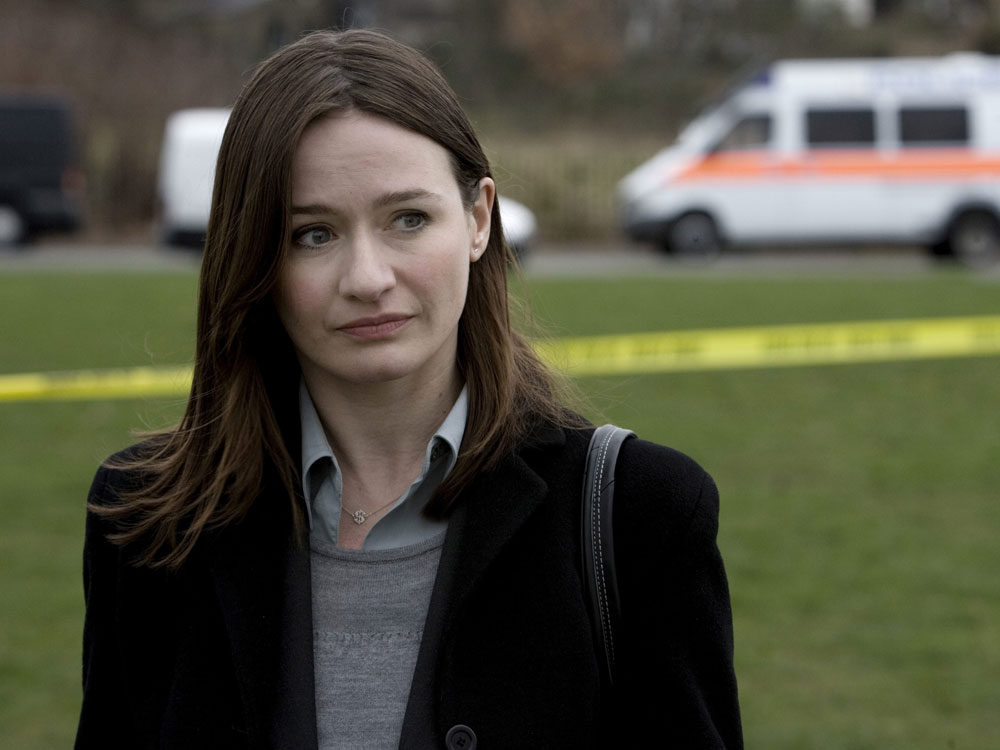 Patiently paced and solidly staged, Harry Brown sags beneath the moral weight of a script (by Gary Young) that, unlike Gran Torino, never addresses the psychological ramifications of Harry's conversion to the dark side. And with no countervailing voice to remind us that vigilantism is simply another form of thuggery, Caine easily woos us to Harry's cause with one of the most muted performances of a magnificently muted career.

By contrast, Emily Mortimer's turn as a dogged female detective who sniffs out Harry's game never quite convinces. Saddled with multiple plot distractions -- a brainless partner, a blinkered superior and a sexist police bureaucracy -- the actress seems as lost as the foul-mouthed youths her character is obliged to interrogate.

Despite plentiful violence and a particularly bloody bit of business at the finish line, Harry Brown is a more effective study of torqued grief than of social revenge. Its director, however, may disagree. "There is a collective responsibility that calls us to act before a whole generation is lost," he says in the press notes. To be fair, he's probably talking about actions other than Harry's.