Accessibility links
Unemployment Pushes Workers Into Early Retirement A 20 percent increase in retirement applications last year was something of a surprise to the Social Security Administration. Many older Americans needed to tap into their retirement benefits after losing their jobs during the recession. 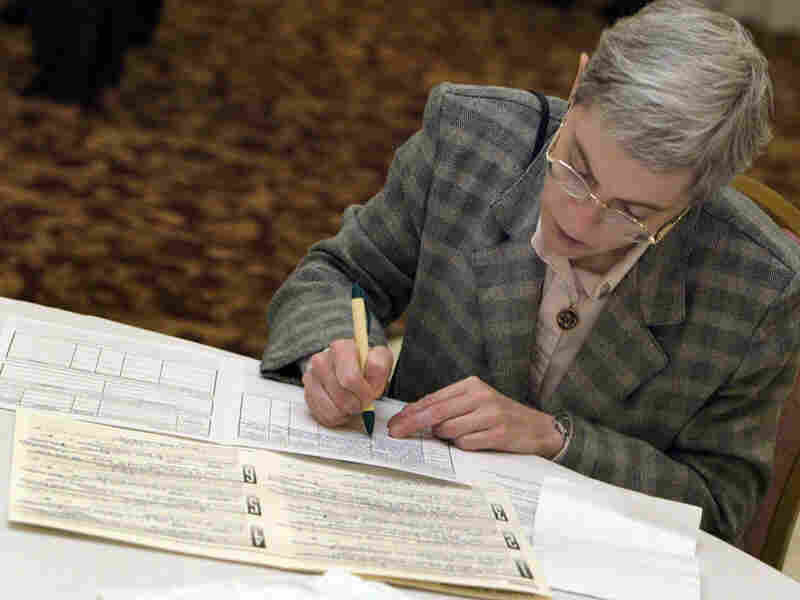 A job-seeker fills out an application at a senior job fair in Palatine, Ill., in 2003. Many older workers, however, have been pushed to draw on their Social Security benefits due to high levels of unemployment. Tim Boyle/Getty Images hide caption 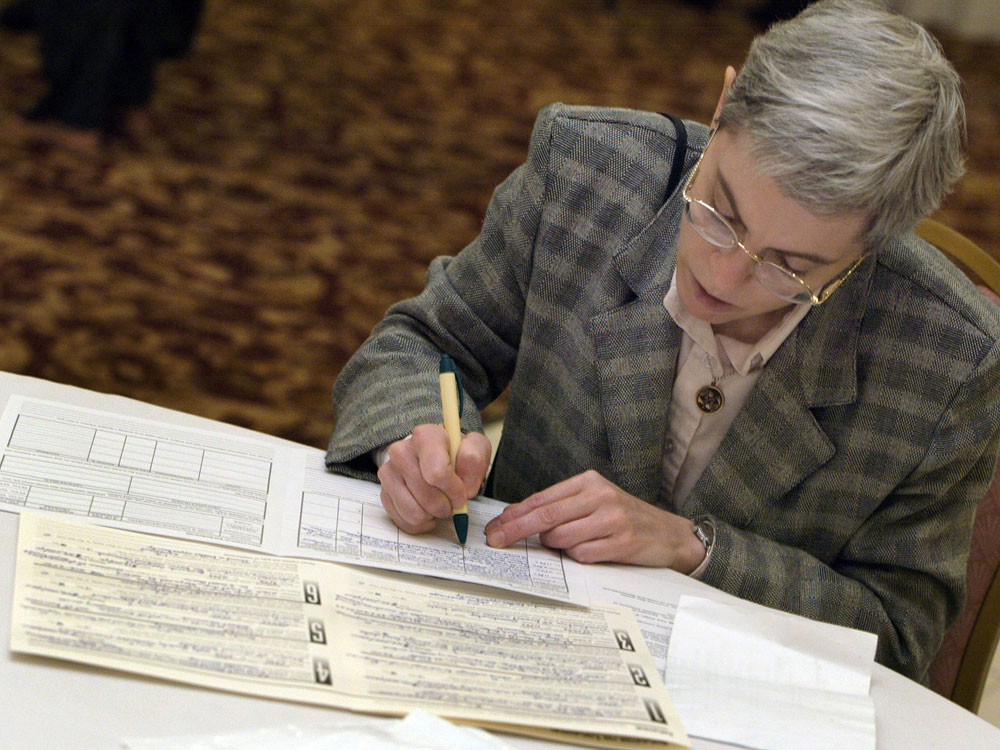 A job-seeker fills out an application at a senior job fair in Palatine, Ill., in 2003. Many older workers, however, have been pushed to draw on their Social Security benefits due to high levels of unemployment.

For some older Americans who lost jobs in the Great Recession, Social Security is filling the void left when unemployment benefits run out.

The Social Security Administration had predicted there would be a 15 percent increase in retirement applications last year as baby boomers reached retirement age. Instead, the increase was 20 percent.

Fichtner says you might expect fewer people to retire early after the beating so many 401(k)s took when the markets crashed.

"But we also see that there are those people who at age 62 or 63 might have lost their jobs and find it harder to find new employment and decide to take retirement benefits earlier," says Fichtner. "On net, there seems to be more people filing for early benefits than delaying."

The average age of retirement for men and women has gone down steadily since 1940.

Jann Dolan, 63, is about to become one of those early filers. She worked as a school psychologist until about 10 months ago when she was laid off. She says she's applied for dozens of jobs, even those requiring far less education.

"I had actually applied to a day care center," Dolan says. "And this woman called me, the director of the day care center, and ended up telling me that I wasn't qualified for the job."

But her plans have run up against a reality many older Americans are facing. Dolan is uninsured and her unemployment checks will run out soon. She visited her local Social Security office because she was running out of options.

"I just never ever intended to take early retirement, for a lot of reasons, for financial reasons and it was just not my idea of what I wanted to do," Dolan says. "It's still not my idea."

A Penalty For Early Payments

Retirement Planning: Beyond The Downturn

For most, the full retirement age is currently 66. But people can start drawing Social Security as early as 62. Drawing early, however, cuts monthly payments.

"One of the most powerful things you can do to have a secure retirement is to work longer," says Alicia Munnell, director of the Center for Retirement Research at Boston College. "If you can claim your Social Security benefits at full retirement age instead of 62, you'll just be so much better off."

Just because someone starts drawing Social Security doesn't mean they should give up on finding work, says Jean Setzfand, the director of financial security for AARP.

In other words, if you decide to file for Social Security early, you still have options. So, don't assume that just because you've received a few checks you are locked into lower payments for life.

Bob Daly lost his job in international logistics about a year ago and when he turned 62, he started drawing Social Security to help pay the bills.

"You know, I'd still rather be working is what it comes down to," Daly says.

He's still looking for jobs in his field, forcing himself to get on the computer every day and search the job boards. But at this point Daly says he'd be open to just about anything.

"I believe it's going to happen," he says. "I truly believe that it will happen, that I can stand there and say, 'Thank you very much Uncle Sam, but I'll wait a little longer.'"