Accessibility links
Architect McAllister Worked Hard to Create Leisure The origins of Las Vegas' famous roadside beacons can be traced back to architect Wayne McAllister. He was also responsible for many of southern California's most legendary drinking and dining establishments. A new book celebrates his work. 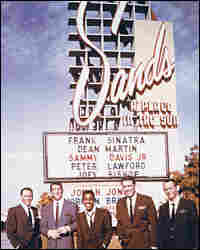 Sinatra's Rat Pack poses in front of the Sands for a group shot during the daytime shooting of Ocean's 11, 1960. hide caption

Sinatra's Rat Pack poses in front of the Sands for a group shot during the daytime shooting of Ocean's 11, 1960. 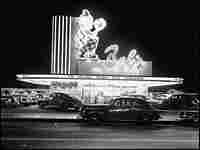 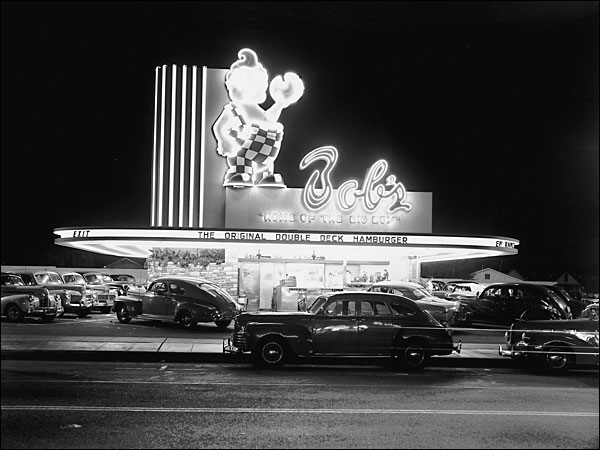 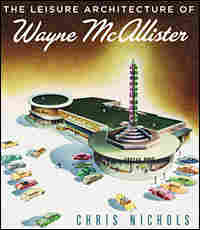 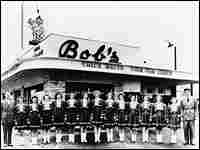 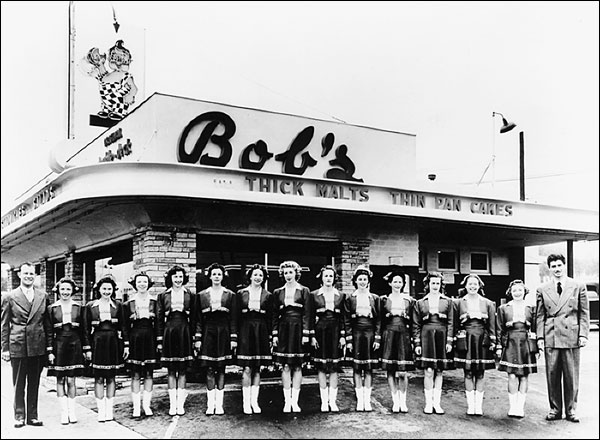 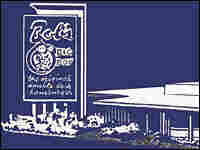 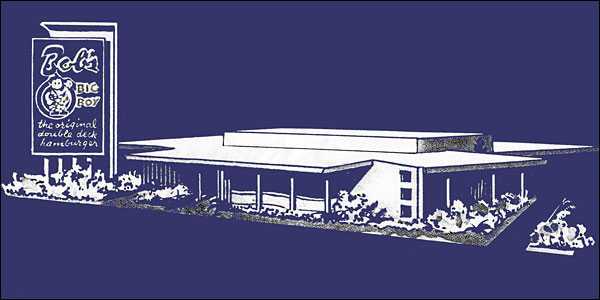 The origins of Las Vegas' famous roadside beacons can be traced back to architect Wayne McAllister. He was also responsible for many of southern California's most-legendary drinking and dining establishments. A new book celebrates his work.

McAllister was born in San Diego in 1907. He dropped out of high school and landed his first job when he was just a teenager, working at a company that drafted plans for southern California bungalow homes.

His first big break was designing a hotel, spa and casino known as Agua Caliente. Spanning 655 acres just across the Mexican border in Tijuana, it looked like an elegant cross between a Moorish castle and a Spanish Mission. When the Agua Caliente opened in 1928, Hollywood stars such as Gary Cooper, Bing Crosby and Clark Gable came to drink and gamble there legally during Prohibition.

Building on his success in Mexico, McAllister went on to design nightclubs, resorts and hotels in southern California. His specialty was the much classier predecessor of today's fast food drive-thrus — the circular drive-in, including the chain Bob's Big Boy.

Chris Nichols, author of a new book called The Leisure Architecture of Wayne McAllister, says it's no small feat to create a place where people want to spend their time and money.

McAllister's other specialty was creating places with a sense of fantasy, such as the Smoke House Restaurant. Just across the street from Warner Brothers Studios, it has long been a hangout for Hollywood wheelers and dealers: Errol Flynn, Judy Garland and Milton Berle were all regulars.

McAllister's list of credits also includes the El Rancho Vegas Hotel (the very first resort built on what would later become the Las Vegas Strip), the Desert Inn, the Sands and the Fremont Hotel, where Wayne Newton got his start.

Nichols says McAllister benefited from working in an era that was much less stringent when it came to permits and building codes.

"The drive-in plans were outrageously simple, and it's crazy that they let people build things, you know, sorta like anything goes," Nichols says.

Perhaps McAllister knew that freedom wouldn't last forever. In 1961, he retired from architecture and went on to pursue other business interests, including ostrich farming and coin-operated copy machines.

He died in 2000 and today, few of his buildings remain intact. But at least one of them should survive for years to come: His Bob's Big Boy is now a California historical landmark.

All photos from The Leisure Architecture of Wayne McAllister. Reprinted with permission of Gibbs Smith, publisher. 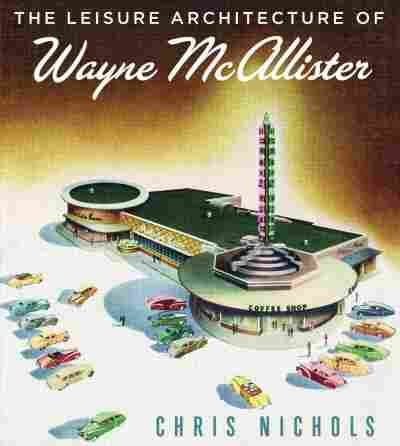 The Leisure Architecture of Wayne McAllister