Accessibility links
Charges Dropped for Two Marines in Haditha Case The Marine Corps dropped charges against two Marines in the killings of 24 Iraqi civilians in Haditha. Two other enlisted men are charged with murder, and three other officers accused of failing to adequately investigate the deaths. 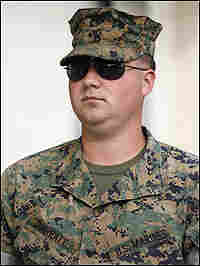 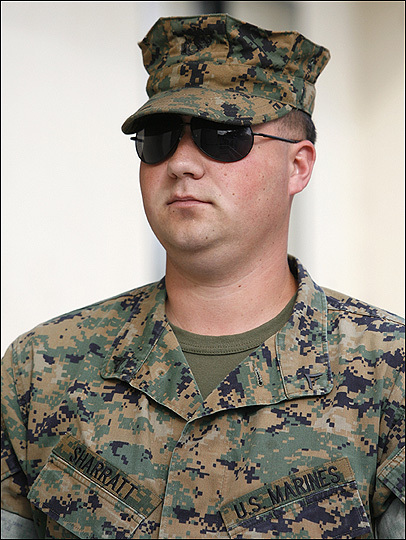 Talk About This Article on the NPR News Blog

Some Haditha Cases Seen Weakening July 18, 2007
Haditha Proceedings Begin with Marine Lawyer May 8, 2007
Marine General Testifies at Haditha Hearing May 11, 2007
Military Opens Hearings on Haditha Killings May 8, 2007
Army Lays Out Case Against Officer on Haditha May 30, 2007

Charges have been dropped against Marine Capt. Randy W. Stone and an enlisted marine in connection with the deaths of 24 civilians in 2005 in Haditha, Iraq, the Corp said Thursday. Two other enlisted men are charged with murder, and three other officers besides Stone are accused of failing to adequately investigate the deaths.

The Marine Corps dropped all charges against Stone, a 35-year-old battalion lawyer from Dunkirk, Md., and Lance Cpl. Justin Sharratt, 22, of Canonsburg, Pa.

"It is clear to me that any error of omission or commission by Capt. Stone does not warrant action under the Uniform Code of Military Justice," Lt. Gen. James Mattis wrote in dismissing the charges.

The Corps also said that charges had been dismissed against Sharratt. Prosecutors had alleged that he and other members of his battalion engaged in a revenge-motivated assault on Iraqi civilians after a roadside bomb killed a fellow Marine, Lance Cpl. Miguel Terrazas of El Paso, Texas. Sharratt argued that he fired on the Iraqi men because they were insurgents and at least one was carrying an assault rifle.

Stone and Sharratt are among eight Marines who were originally charged in the case. In April, murder charges were dropped against Marine Sgt. Sanick Dela Cruz; charges are still pending against the remaining defendants.

The decision to drop the charges against Sharratt followed an earlier recommendation from Lt. Col. Paul Ware, a hearing officer.

Ware said prosecution of Sharratt could set a "dangerous precedent that ... may encourage others to bear false witness against Marines as a tactic to erode public support of the Marine Corps and its mission in Iraq."

"Even more dangerous is the potential that a Marine may hesitate at the critical moment when facing the enemy," Ware said.