Accessibility links
Blacks Show New Trust In U.S. Government The number of African-Americans who have confidence in government is nearly twice the level of whites — a sharp turnaround from previous years. Blacks have never trusted government in the same way whites have, but their level of trust, or distrust, normally tracks that of white Americans.

The number of African-Americans who say they trust the U.S. government is nearly twice the number of whites who say that. The finding, from a recent poll on trust in America, is a sharp turnaround from previous years.

Blacks have never trusted government in the same way whites have, though the ups and downs have normally tracked those of white Americans. But that's no longer the case, according to a Pew Research Center study designed to gauge Americans' trust in government.

One year in, the Obama administration gets credit for the new health care law. Judson Mitchell, a retired college administrator, says that's a clear indication that the president wants to help people.

"That's 30 million people that don't have insurance. That's what government can do for people," Mitchell says, "is to ensure that those people have some coverage, because the current health system did not work."

African-Americans' trust in government has tripled from a low point of 12 percent in 2005, when Hurricane Katrina hit the Gulf Coast, to 37 percent in the Pew Research study.

"It's sort of the countertrend to what we're seeing with a lot of the anti-government demonstrations," says Pew Center Associate Director Carroll Doherty.

MacArthur's Restaurant on Chicago's West Side is a popular spot -- especially for the Sunday after-church dinner crowd. 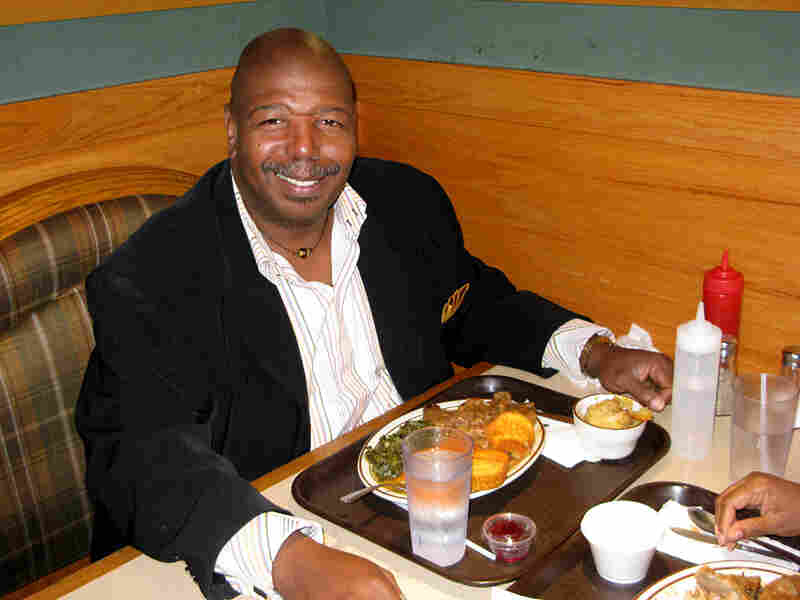 Llou Johnson says he has confidence in the American government — without it, he says, there would be a greater disparity between the haves and the have-nots. Cheryl Corley/NPR hide caption 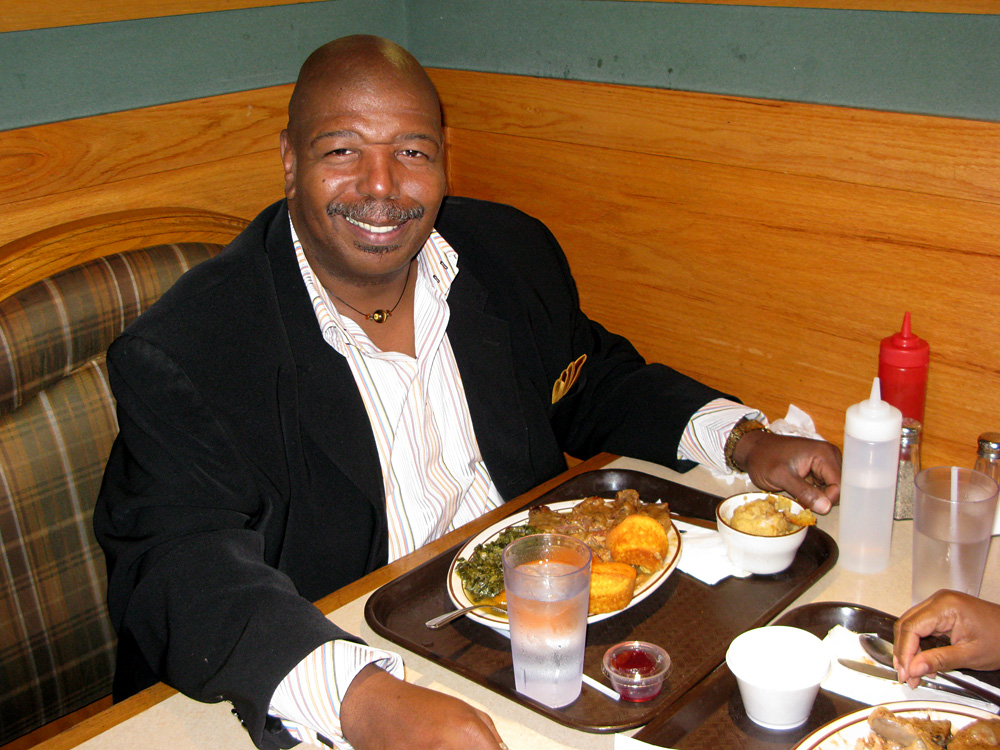 Llou Johnson says he has confidence in the American government — without it, he says, there would be a greater disparity between the haves and the have-nots.

Llou Johnson is just beginning to eat his meal. Big Llou , as he's called, has an even bigger voice. He's an actor and voice-over artist who says he trusts government.

"It has been government that has taken us from slavery to our situation that we're currently in," Johnson says, "where we can live and do what we want how we want -- in most cases."

But Mary Rabb, a registered nurse, has a decidedly different view.

Rabb says she likes President Obama but has more of a wait-and-see attitude about government in general.

Easing A Sense Of Distrust

While the Obama factor has caused an uptick in trust levels for blacks, it's been an altogether different story historically, says Shayla Nunnally, a professor of political science and African-American studies at the University of Connecticut.

"Throughout time, we've generally seen that African-Americans have been less trusting than whites and other racial groups as far as political trust," Nunnally says.

For that, you can blame slavery, Jim Crow laws, and events such as the Tuskegee experiments -- the 40-year study conducted by the U.S. Public Health Department in which hundreds of black men were left untreated for syphilis.

When President Bill Clinton apologized in 1997, 94-year-old Herman Shaw, one of the last survivors, was present. At the time, he said, "The wounds that were inflicted on us cannot be undone."

A turning point came in 1965, when after a long civil rights struggle, the Voting Rights Bill was signed. And then came an almost euphoric surge of confidence, with President Obama's election. Even so, the Pew study reports that nearly half the African-Americans surveyed, 48 percent, said they are frustrated with government.

"The type of hope that was generated through the Obama campaign has been pretty much squandered," says Michael Dawson, a University of Chicago political science professor who studies race and politics.

"From the majority of African-Americans' perspective, its directly related to believing that the government hasn't done all that it could, or all that was promised, in terms of improving the situation of all Americans -- particularly those who are disadvantaged," Dawson says.

That includes not doing enough to combat high levels of unemployment, and racial profiling.

That analysis rings true for Carl West, 40, who recently attended a panel discussion on whether the Obama administration should have a "black agenda."

It's really too early to say whether government has improved under President Obama, West says. But he and other African-Americans say the country's problems didn't happen overnight -- they're willing to give him more time to fix them.