Accessibility links
Book Review: 'Wilson' By Daniel Clowes — The Life And Trials Of A Full-Tilt Cartoon Misanthrope Daniel Clowes' new comic, Wilson, about a middle-aged misanthrope who lives for the sound of his own voice, will be familiar territory for the author's fans. But Glen Weldon says that Clowes' dark humor is as lacerating as ever. 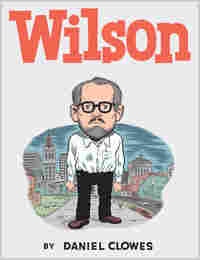 For the sake of good comics, we must hope that Daniel Clowes never cheers up.

His odes to contemporary loneliness and disaffection -- Ghost World, David Boring and Ice Haven, which were serialized in Clowes' comic series Eightball before they were collected -- offer a perverse kind of comfort to the reader. Take Ghost World's resident teen cynic, Enid Coleslaw, and the reflexive scorn she feels for the world around her. If she comes off as selfish, irritable and generally unpleasant (which is to say, as a teenager) Clowes is careful to show us that there's something sincere, even noble, behind her withering appraisals. The very fact that Enid is dissatisfied with her lot in life just means she's paying attention, Ghost World asserts. In this way, Clowes' work vindicates our unlovely thoughts, our blackest moods; in his characters we see ourselves as we don't wish to be seen. By anyone. Ever.

That's certainly true of Wilson, Clowes' latest book-length comic (he famously hates the term "graphic novel") in which he plays with narrative as only a cartoonist could. Clowes structures the book as a series of 70 one-page gag strips with titles like "Bad News," "Long Distance" and "Cheap Motel," each one opening a discrete window into the life of his eponymous main character. Days and sometimes years pass between each strip, and just about all of the "action" of the book takes place in those off-panel gaps; what we actually see on the pages of Wilson is, well, Wilson, in conversation. 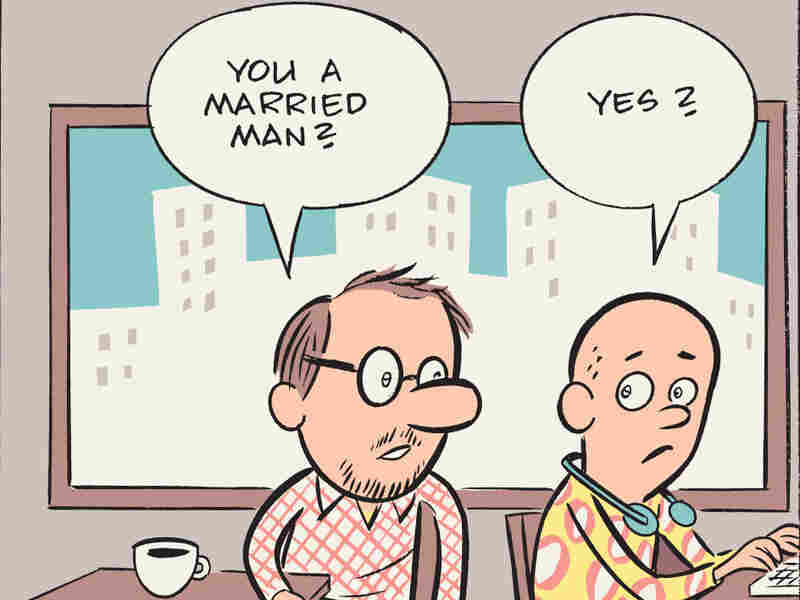 Although the book uses the rhythms of the one-page gag, Clowes' humor has little to do with punch lines, so he reserves the last panel of each page for a "kicker" of another kind. This generally consists of Wilson saying something hostile, pathetic (or, frequently, both at once) to another person. The net effect is like reading a series of Bazooka Joe comics written by Jean-Paul Sartre.

That's because the character of Wilson is so precisely drawn, and such a piece of work: a middle-aged misanthrope, a condescending jerk, a bloviating bag of supercilious wind. He loves the sound of his own voice so much, in fact, that he frequently strikes up conversations with strangers only to share with them his strong and entirely unsolicited opinions -- and then ridicule their reaction, or lack thereof. Clowes goes back to this joke often, but each time we learn a little more about Wilson -- and a lot more about why he's alone.

Do the events of the book, which include visiting his father's deathbed, reuniting with his ex-wife and meeting a daughter he didn't know he had, cause Wilson to grow as a person, to admit love and fellow-feeling into his black and tiny heart? That, of course, would be telling.

It would also not be a book you could imagine coming from Daniel Clowes. 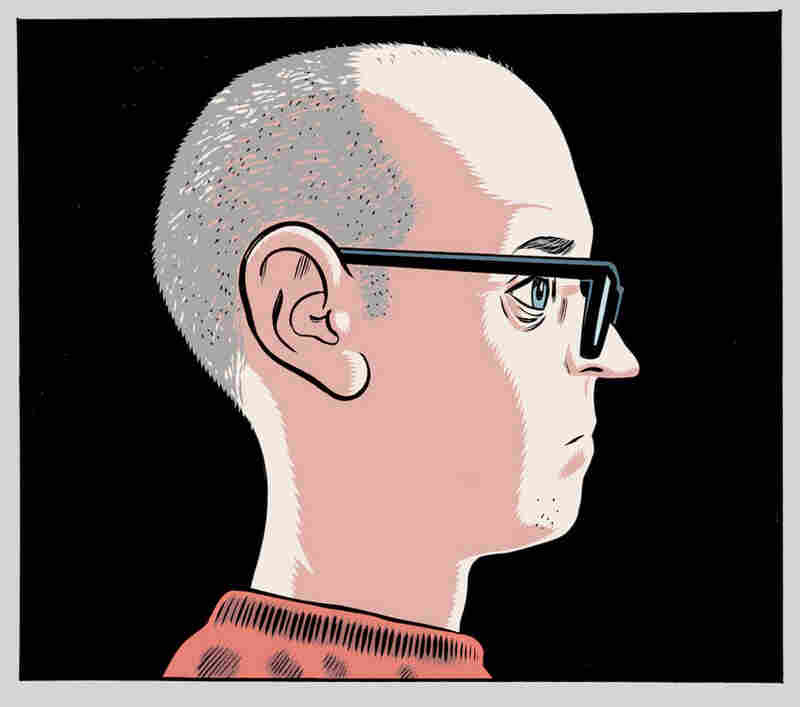 Daniel Clowes was nominated for an Academy Award for his adaptation of Ghost World. He has won several Eisner and Harvey awards for his comics. Daniel Clowes hide caption

Throughout, Clowes' cartooning adopts a deliberately fractured approach to its subject. He draws some pages in the tight, meticulous style familiar to readers of Ghost World and David Boring; on others he goes full-tilt cartoony, complete with giant heads, tiny bodies and dots for eyes. Most fall somewhere in between. If Clowes intends for us to find some post-modern meaning in the connection between a given page's content and the style in which it is drawn, I confess to missing it. But the wide array of different "looks" somehow works to delineate the character of Wilson more sharply, lending him a hard-to-define roundedness and solidity in the reader's mind.

Wilson is not autobiographical, but even without Ghost World's anagrammatic clues (Enid Coleslaw = Daniel Clowes) one is again struck by the anger in Clowes' work, which seems to possess a self-lacerating quality. No doubt Clowes sees some dark parts of himself in Wilson. If so, he's not alone: To read Wilson is to grapple with some bleak truths about ourselves. We are self-involved, ungenerous, even cruel. And in creating this mordant portrait of a jerk in full flower, Clowes reminds us that we are something else, as well: laughable. 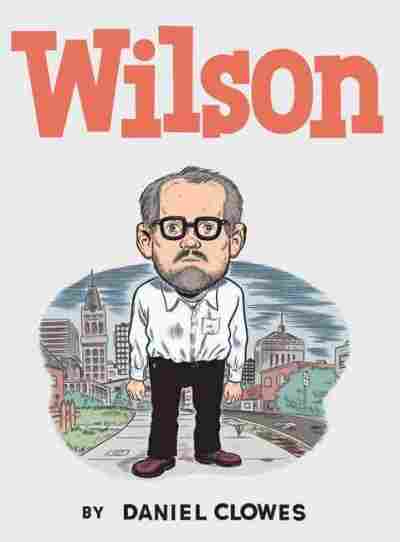