Accessibility links
The Nation: Sick And Tired Of No Sick Leave Greg Kaufmann says that to have so many workers choosing between keeping their job and caring for a family member, or going to the doctor versus getting a paycheck — is simply unacceptable when it comes to the well-being of our country. He hopes The Obama administration plan to help states launch paid family leave programs can do something about it.

The Nation: Sick And Tired Of No Sick Leave

The Nation: Sick And Tired Of No Sick Leave 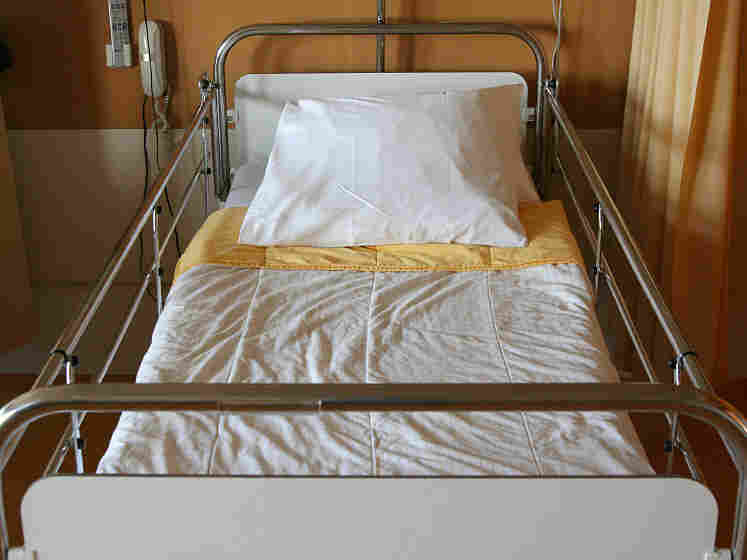 With sick-leave unavailable for many Americans, workers are having to choose between their health and a paycheck. iStockphoto.com hide caption 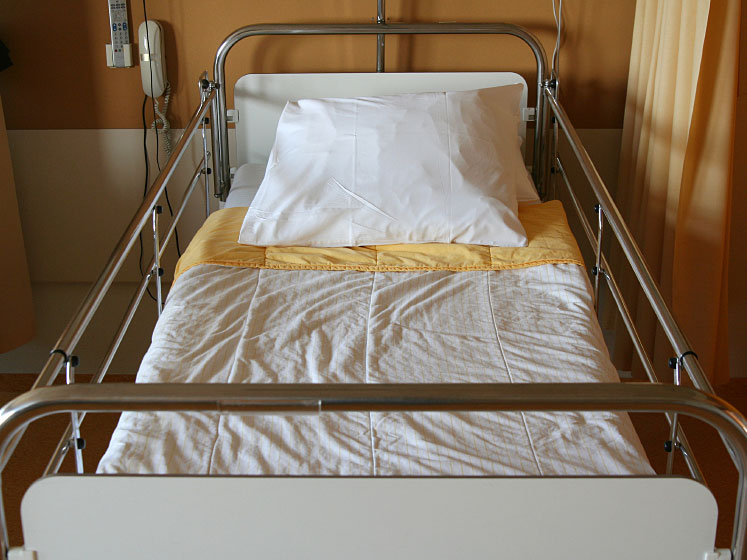 With sick-leave unavailable for many Americans, workers are having to choose between their health and a paycheck.

Fifty million workers in America -- including 40 percent of the private workforce -- lack paid sick days. In workplaces with fewer than 100 employees, nearly 50 percent don't have access to that benefit. This despite the fact that in 2009 the average cost for sick leave per employer-hour worked in the private sector was just 23 cents.

In the 21st century, where women make up the majority of the American workforce, and most kids have parents who are employed, to have so many workers choosing between keeping their job and caring for a family member, or going to the doctor versus getting a paycheck -- is simply unacceptable when it comes to the well-being of our country.

"As we seek a more efficient and fair health care system, we have to remember that the workplace has changed enormously," said Ellen Bravo, Director of Family Values at Work (FVAW), a network of 14 state coalitions working for family-friendly policies like paid sick days. "We need to update workplace policies to meet the needs of today's families."

President Obama said as much last month when he called for greater workplace flexibility and called out a "disconnect between the needs of our families and the demands of our workplace." The Administration backed up this sentiment with $50 million in its proposed budget for competitive grants to help states launch paid family leave programs. California and New Jersey have already launched such programs. San Francisco, Milwaukee and Washington DC have also passed local paid sick days laws and policymakers in at least 15 states are considering similar legislation.

Earlier this week on Capitol Hill, small business owners and workers traveled from eighteen states, including Colorado, Georgia, Massachusetts, Minnesota, New Jersey, New York, Oregon, Washington state, and Wisconsin--joining advocates from FVAW, Institute for Women's Policy Research (IWPR), and the National Partnership for Women and Families--to lobby for passage of the Healthy Families Act. The legislation would allow employees to earn up to seven days of paid sick leave per year at businesses with fifteen or more employees--covering more than 30 million working families.

"Health reform was a giant step forward, but working people need to be able to access health care," said Debra Ness, President of the National Partnership for Women and Families. "The best system in the world does no good to a worker who can't take time off to visit a doctor or get a test. That's a problem for women in particular because we are both bread-winners and caregivers for our families."

While the Chamber of Commerce and like-minded individuals will no doubt react by saying a recession is no time for these reforms -- that it will cost jobs, jobs, and more jobs (as they say with any significant pro-labor reform) -- advocates argue that this recession is exactly the right time and that in fact it makes good business sense. (The Chamber has gone so far as to push bogus numbers about the costs of paid sick days -- in NYC, they are claiming the price tag would be nearly $9 billion to the city, totally contradicting the evidence compiled by the Bureau of Labor Statistics.)

"Nothing has brought home the need for paid sick days more than the recession," said Kevin Miller, senior research associate at IWPR. "Now more than ever, families need flexible workplace policies that allow them to take a day off when they or their child is sick. Every paycheck counts -- particularly for women, low-wage and minority workers, who are the least likely to have access to paid sick days."

Aside from the moral imperative, the costs and benefits of paid sick days and family leave are also very convincing. According to IWPR, passage of the Healthy Families Act would result in workers saving over $100 million per year in out-of-pocket expenses for the seasonal flue alone; paid family leave to care for elderly parents or other relatives could save over $700 million annually by avoiding temporary placement in care facilities. Allowing workers time to seek preventative care for things like immunizations, counseling, and cancer screening would also reduce health care costs. Paid sick days would give workers the opportunity to seek primary care and reduce emergency room visits -- we currently spend $20 to $32 billion annually on non-urgent emergency care and it can cost two to five times as much as primary care, according to the New England Healthcare Institute. Finally, paid sick days reduce job turnover and improve productivity, potentially producing billions of dollars in annual savings for employers and the broader economy.

Monday evening at a conference cosponsored by FVAW and the National Partnership for Women and Families, Labor Secretary Hilda Solis addressed the advocates and praised their effort to fight on behalf of workers.

"I am a person who believes that the federal government was designed to equalize the importance of all people and all voices," said Solis. "I'm talking about equalizing the rights for working class people -- for people who at the end of the day don't have the opportunity to come up here to Washington to lobby."

She expressed confidence that these organizations "will keep that message going on the Hill -- that we need flexibility, that we need pay equity in the workplace, and we need to cut down on all those barriers that push us back. And just because we're in a recession, doesn't mean you get to get away with it again. No."

Solis added that "when we talk about being competitive" it means "helping to level the playing field [so] that we are not disadvantaging good businesses."

One person who appreciated that perspective and spoke after Solis is Rob Everts. He's the owner of Massachusetts-based Equal Exchange which has 105 employees and takes in $34 million in annual revenue. His employees receive twelve paid sick days every year which they can use to care for a sick child, partner, or parent, or use for a medical appointment.

"We are a business first and foremost, and we have a bottom line," said Everts. "We don't see a conflict between doing the right thing and earning a profit. We've never regretted our policy, and believe it contributes to our growth, our profitability, and for sure the high retention rate of employees. We can have policies that respect our workforce while providing minimum labor standards, that put all businesses on equal footing. It's right, it's fair, and it strengthens communities across the country."

Everts told me his average worker probably uses only two to three days of their paid sick leave annually and it's also led to "quite a bit of loyalty from our employees." He said on "a pure self-interest level" he doesn't want workers coming in when they are sick or are distracted or worried about a sick loved-one.

"It really takes its impact in terms of productivity," he said.

I also spoke with Kim Chester, a mother of three whose ten-year old daughter was born with cerebral palsy. She and her husband both have paid sick leave and flexible workplaces. It allows them to manage the hospital visits and weekly therapy visits. But Chester also works as a parent mentor and sees the negative impact not having that kind of flexibility has on parents and children -- and not just for kids with special needs.

"My son has asthma. I need to hear from the doctor -- how many puffs, how do you do the inhaler? There are so many reasons why we need to be there to be able to assist," she said. "If parents have a sick child, if no parent is with them they're not going to get the services they need, the care they need at home. They tend to only get care from the school nurse -- which is very limited and some schools don't even have school nurses."

Solis closed her speech by urging the crowd to remain steadfast on this issue.