Accessibility links
After Four Decades In TV News, Bill Moyers Retires As the PBS newsman makes his final appearance on Bill Moyers Journal, which he started hosting in 1971, Fresh Air pays tribute to the television legend by rebroadcasting several conversations with him over the years. 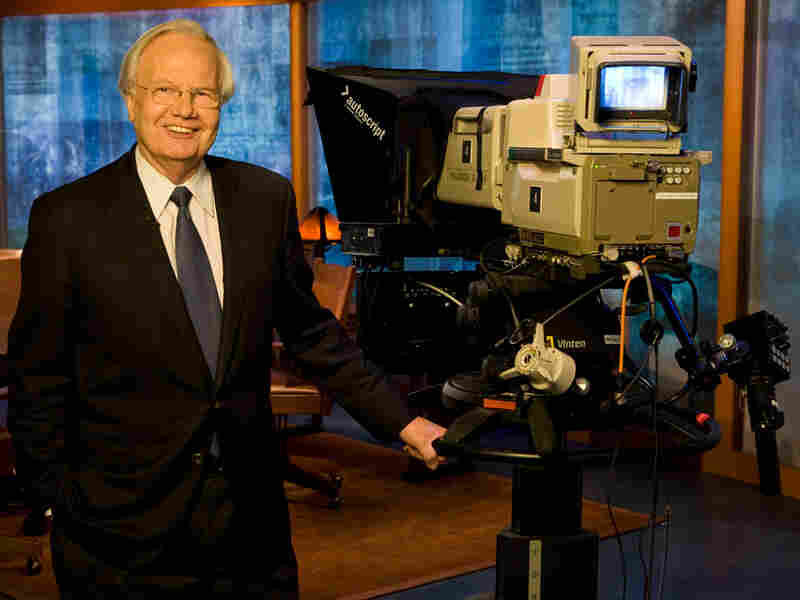 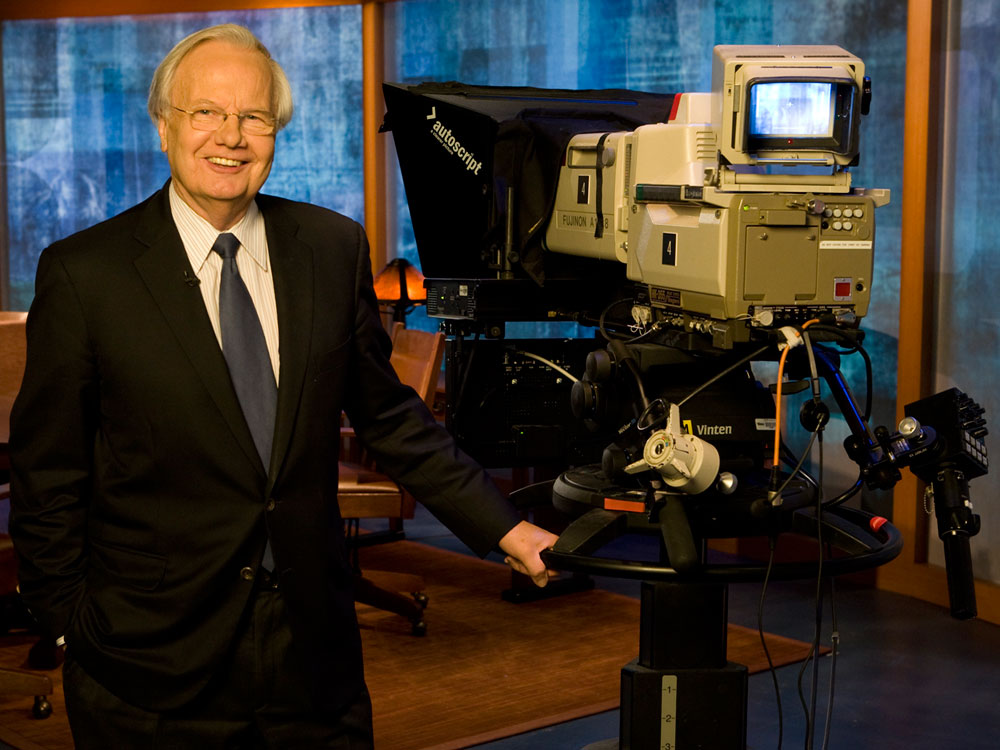 Journalist Bill Moyers retires from PBS and his weekly show, the Bill Moyers Journal, on Friday. In honor of the public broadcasting legend, Fresh Air is rebroadcasting segments from several Moyers appearances over the years, including conversations about his time in the Johnson administration and his thoughts on religion, war and the future of journalism.

Moyers, who has spent the past 40 years in broadcast journalism, started working for Lyndon B. Johnson in 1954, after writing the then-Senate majority leader a letter. He would later serve as a special assistant and a press secretary to the president.

Moyers left the Johnson administration in 1967 to work for the Long Island, N.Y., daily newspaper Newsday. For the next three years, Moyers published the newspaper, which won two Pulitzer prizes during his tenure.

In 1971, Moyers left Newsday for PBS, where he began hosting his flagship show, Bill Moyers Journal. The weekly public affairs show ran on and off until 1981, when Moyers became a senior news analyst for the CBS Evening News with Dan Rather. Moyers returned to PBS to host NOW with Bill Moyers in 2002, and in 2007 relaunched Bill Moyers Journal with an episode that criticized journalists for failing to question the Bush administration in the lead-up to the 2003 invasion of Iraq.

In an interview at the time, Moyers told Terry Gross that his service in the Johnson administration helped him keep a critical eye on the reasons America had gone to war.

"You have to remember that I was there in the '60s in the early days of Lyndon Johnson's escalation of the war in Vietnam, and we made so many of the mistakes that the Bush administration began to repeat after 9/11 that I had a strong sense of deja vu," Moyers said. "And the fact that I had come out of an administration that had misread intelligence, that had leaped to premature judgments, that had gone to war on a suspicion, made me much more skeptical, I think, than anybody else. I mean, like a veteran of a war, I am more skeptical ... of what war really is than somebody that hasn't been. So I felt our obligation -- that our mission as journalists at that time was to challenge authority. It was not to take the president at his word. It was to ask the questions that a country needs to know before it sends its men and women into combat."

Moyers has received more than 30 Emmy awards and nine Peabodys during his career. His other shows have included The Power of Myth and Faith and Reason. He is the author of several books, including Moyers on America, a collection of his essays and speeches.