Accessibility links
Israel Slows Construction In East Jerusalem Amid a diplomatic dispute between the U.S. and Israel over the expansion of Jewish housing in East Jerusalem, Prime Minister Benjamin Netanyahu is publicly claiming that there is no freeze in construction. But pro-settler groups say their building projects have suddenly become mired in red tape. 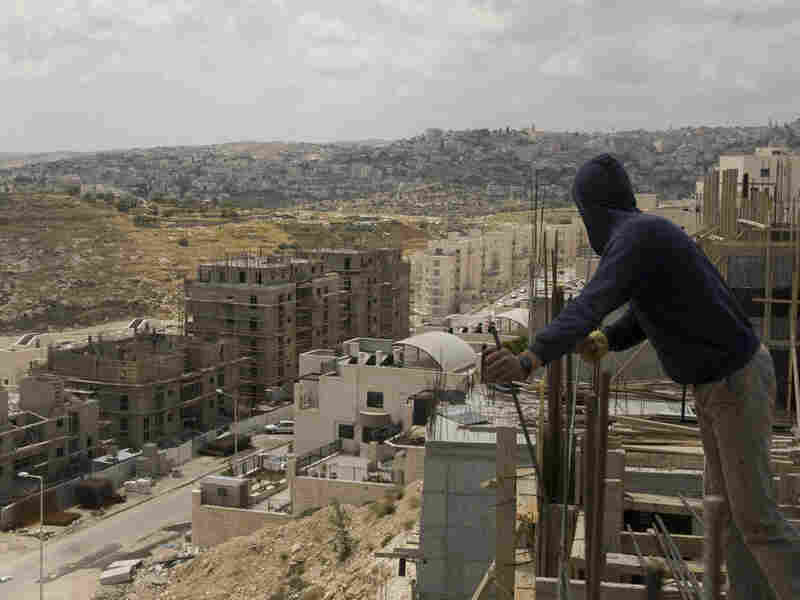 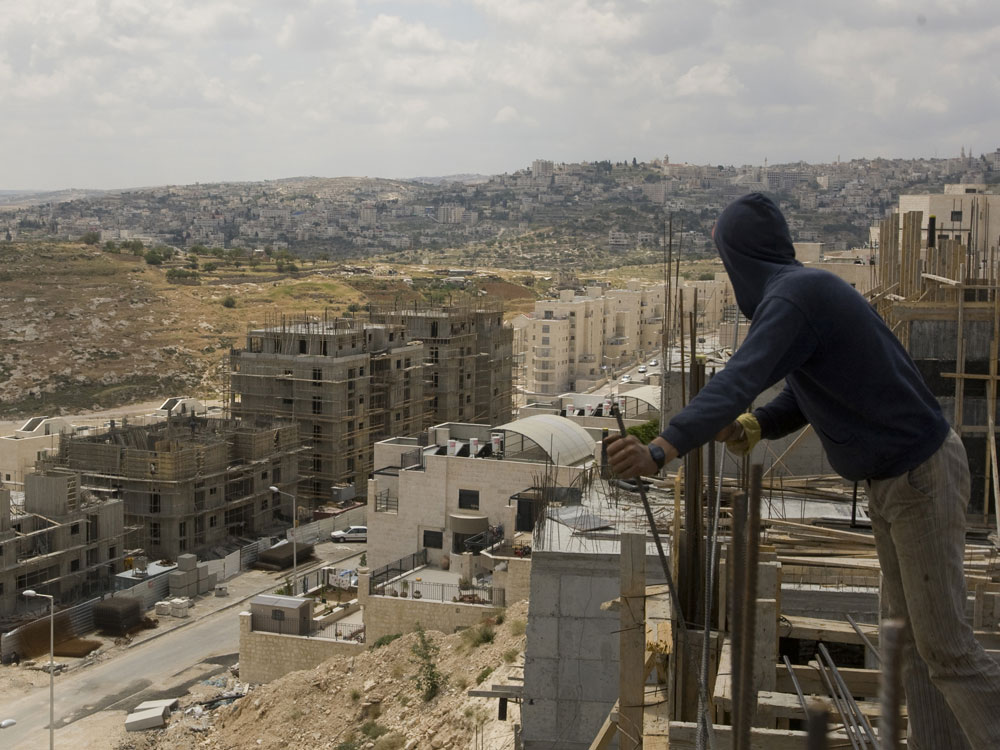 Palestinian laborers work on a new housing project at the Israeli settlement of Har Homa in East Jerusalem.

Where someone builds in Jerusalem -- and why -- is at the center of an ongoing diplomatic tussle between Israel and the Obama administration.

Israel's refusal to freeze new Jewish housing construction in East Jerusalem has held up American efforts to restart peace negotiations between Israel and the Palestinians.

But while Prime Minister Benjamin Netanyahu is publicly claiming that there is no freeze in construction, the Jerusalem municipality has halted planning meetings to discuss future housing expansion. And Israeli settlers say their building projects have suddenly become mired in red tape.

Palestinians regard traditionally Arab East Jerusalem as the capital of their eventual state and say expanding Jewish housing there undermines peace efforts.

But Netanyahu has stated that Jerusalem will remain united and under Jewish control. He has publicly refused to bow to pressure to freeze all settlement expansion -- in East Jerusalem and throughout the West Bank, which were captured by Israel in the 1967 war. Israel annexed Jerusalem after that war, but the United States and the rest of the international community do not recognize the annexation.

The situation is this: Every place where there is a Jewish interest in building, there are problems and delays.

"You could walk down over here [to] the fourth floor and see hundreds of workers working, giving out permits for people building. No freeze at all," Pindrus says.

But this week at the city's planning and development division -- where people come to get their construction projects approved -- there was hardly anyone in sight. The plastic chairs in the waiting room were mostly empty.

"The situation is this: Every place where there is a Jewish interest in building, there are problems and delays," says Arieh King, the founder of the Israel Land Fund, which assists and facilitates Jews who want to move into East Jerusalem housing and West Bank settlements. "Things that should take days, suddenly take weeks or months. So they don't call this a freeze; they call it a slowdown."

King is one of Israel's best-known right-wing activists devoted to expanding settlements.

"There is a lot of support that we didn't get in the past. Both from non-Jews, who understand what we are doing, and from Jews who previously sat on the sidelines," King says. "There is money ... and there is a lot more money coming."

"We currently have more than 400 housing units that we have gotten approval to build in East Jerusalem. To our great joy, the municipality doesn't know about it and neither does the government," he says. "They are currently marked as projects for Arabs, but actually it's our people."

Pindrus says that he is aware of activists like King who use loopholes and puppet buyers to expand Jewish housing and settlements. But the deputy mayor says there is nothing illegal about what King is doing.

"If someone private goes and buys a home, what does anyone in the world, really ... expect from the municipality?" Pindrus says. "There is nothing as a municipality or as a government that could be done about it."

Despite the U.S. pressure and international scrutiny of Jewish housing expansion in East Jerusalem, King says it will be his best year yet.

King says he won't be stopped quietly: If Israel wants him to stop building, the government will have to be loud about it.