Accessibility links
Kings Go Forth: Bringing Back Soul Bassist Andy Noble and vocalist Black Wolf are leaders of the Milwaukee-based soul band Kings Go Forth. They're also part of an international soul revival that includes Duffy and Sharon Jones and The Dap-Kings. Kings Go Forth's debut album, The Outsiders Are Back, looks to hip-hop for inspiration. 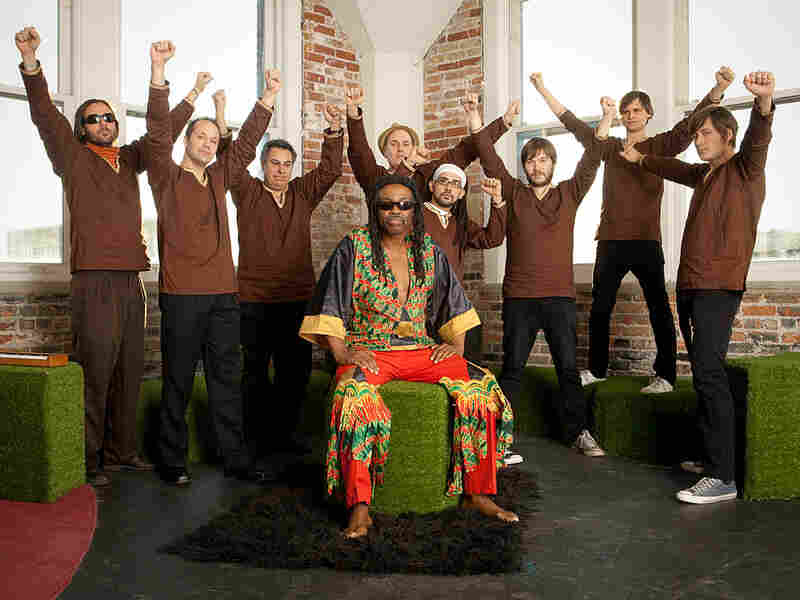 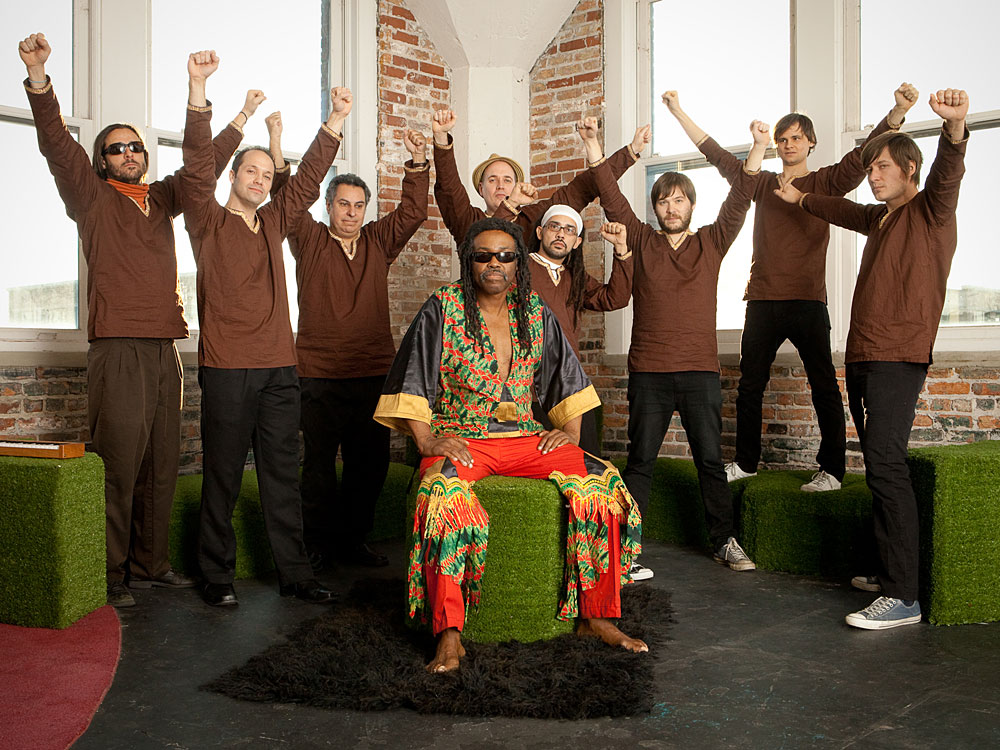 The Outsiders Are Back is Kings Go Forth's debut album.

Bassist Andy Noble and vocalist Black Wolf are part of an international soul revival. Two members of a neo-soul band called Kings Go Forth, they've just released their debut album, The Outsiders Are Back.

The resurgence includes acts like Sharon Jones and The Dap-Kings and Duffy. But while Jones and Duffy hail from two of the biggest cities in the world -- New York and London, respectively -- Kings Go Forth calls Milwaukee home.

Soul music is making a comeback in the U.S., but Noble says it never really faded away in Britain. Scores of records released out of Chicago, Detroit and Milwaukee in the late 1960s and '70s fell on deaf ears nationally. But in the U.K., they were treasured from their initial release to the present. Now, thanks to crate diggers, people are rediscovering this music.

"It's not really revisiting," Noble says. "The kids who are picking up on this music now never visited it in the first place. They're hearing this stuff for the first time, and there's really something magical about the fact that it has transcended its era."

Black Wolf says he always knew soul music would make a comeback, but that he didn't expect to be a part of it.

Noble hypothesizes that hip-hop might be behind the resurgence, because the genre has sampled soul and funk music since its emergence. As a result, it has fostered unconscious exposure in younger audiences.

Noble says he used these lush harmonies as a basis for The Outsiders Are Back. The record sounds like authentic 1970s soul, and Noble attributes that in part to the equipment the band uses.

"We don't have enough money to record things that sound contemporary," he says, laughing.

But Kings Go Forth is not just an imitation of the past. Black Wolf's singing is timeless, and the album, Noble says, takes its cues from hip-hop.

"We're mixing the records a little bit like hip-hop," he says. "The drums and bass are definitely more prominent."

Ultimately, Noble and Black Wolf say they're just happy to have fans up and dancing.

"Sometimes you play music, and all you see is a sea of folded arms," Noble says. "When they're dancing, it's like a conversation between the band and the audience."