Accessibility links
A Genetic Drive To Love, Yet Distanced By Differences People with Williams syndrome are known for being biologically-programmed to be loving and trusting. Yet some of the other symptoms of the disorder -- such as difficultly focusing, hypersensitivity to noise, and struggles with planning and organizing -- actually make it very hard for them to develop close relationships with others. 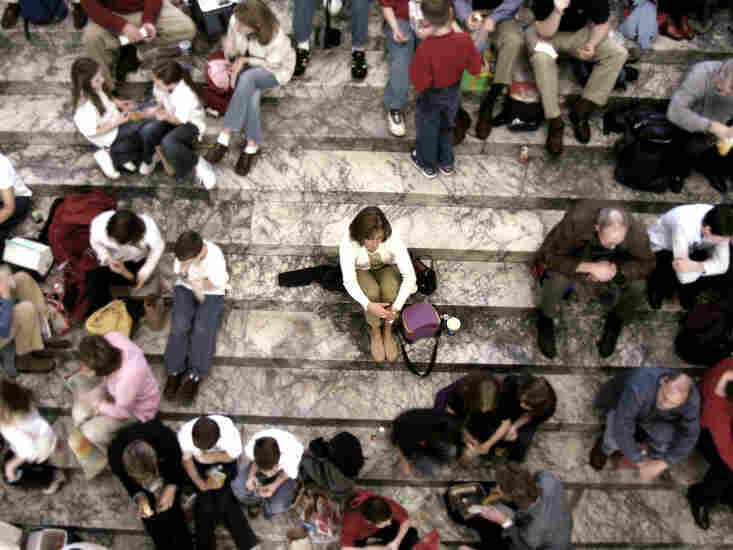 Though people with Williams Syndrome are known for being hyper-social, the disorder has many other facets, some of which are incredibly isolating. iStockphoto.com hide caption 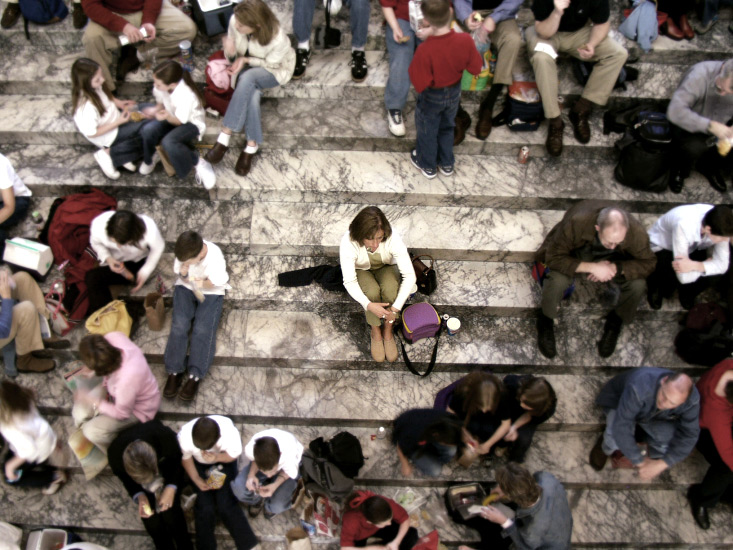 Though people with Williams Syndrome are known for being hyper-social, the disorder has many other facets, some of which are incredibly isolating.

People with Williams syndrome -- a rare genetic disorder with a variety of symptoms -- are known for being almost compulsively loving and trusting. The syndrome is often called the "anti-autism" because people with Williams, rather than isolating themselves from others, are hyper-social. Children with Williams, for example, often climb into cars with perfect strangers or tell random salespeople that they love them.

But this hyper-social quality is not the only thing that characterizes Williams disorder, there are a wide variety of much less-publicized symptoms that affect their interactions with people and handling of daily tasks. And, one of the most unfortunate aspects is that even as people with Williams thrive on emotional closeness, other symptoms of the syndrome make it really tough for them to develop relationships.

Karen Levine is a psychologist based in Massachusetts who specializes in the treatment of Williams syndrome. Several years ago Levine was attending a conference on Williams that was open to both researchers and people who suffered from the disorder, and one of the activities on offer was a boat tour of the city of San Diego.

Levine, her colleague Sarah, and about 20 adults with Williams crowded onto a small sturdy boat and set off.

"We were out in the harbor taking our little boat tour ride and everybody was having a good time," Levine says. "Then all of a sudden everybody, except Sarah and I, looked at each other and gasped!"

While the boat-goers with Williams looked terrified, and held out their arms to comfort each other, Levine frantically scanned the boat.

There was nothing. Then she scanned the water but again found nothing.

The problem, it turned out, was a sound, a sound only people with Williams would be aware of.

"Turns out, way off in the distance on the shore there was a siren -- an ambulance or fire engine or something," Levine says. And because people with Williams have something called hyperacusis, which makes them extremely sensitive to noise at certain frequencies, they heard that background noise as if it were directly in front of them.

A Great Sense Of Empathy

Hyperacusis is a somewhat challenging aspect of Williams syndrome, but some symptoms can be viewed as strengths. On the good side, most people with Williams have an extraordinary memory for faces, are extremely verbal and sensitive to music, and are often incredibly empathic.

Consider this story from a Williams specialist named Barbara Pober, a doctor based out of Mass General in Boston. Pober says that several years ago she went to work at her clinic at the hospital.

"It was a typical clinic day and a patient walked in. He was someone I had seen before, and he immediately asked me, ' What's wrong Dr. Pober, you look sad,' " Pober says.

In fact just that morning Pober had gotten some terrible news that she'd resolved to hide from her office. And she'd been successful. All day long none of her colleagues, none of the people she met, had any clue.

Nobody until her patient with Williams.

"It's part of the complexity of that is Williams syndrome," Pober says. "Patients are very in tune, very empathic, very sensitive to the emotions of others."

Williams is uncommon, only about 1 in 10,000 people have it and it doesn't run in families though people with Williams will likely give birth to a child with Williams.

It's caused by a deletion of around 26 genes on a single chromosome. This alteration produces real strengths but also serious medical, emotional and cognitive problems. Pober gives another example, the story of a very verbal and engaged teenage girl who struggled with simple, daily tasks.

"I remember it with great clarity ... the girl bounded in and said, 'I've just seen a really nice reproduction of the Mona Lisa at the Museum of Fine Art,' " Pober says. "Yet this very same person couldn't navigate from the museum to the hospital, which is a straight shot with one turn."

The problem is that people with Williams are bad at spatial relationships, and most have to carry a calculator because they can't make simple change. It's also hard from them to organize and sequence or plan activities, and more importantly, they have intense trouble concentrating. Their attention jumps around continuously, it's sometimes hard for them to maintain focus for more than a few minutes.

The Paradox That Isolates

This makes it difficult not only to hold a job as an adult, but also, Pober says, to fulfill one of their most intensely felt needs: because they are compulsively social they yearn to be surrounded by dear friends.

"To me it's one of the heartbreaks, the sadnesses of Williams syndrome," Pober says. "Most are rather socially isolated."