Accessibility links
The Federal Debt: How To Lose A Trillion Dollars With the federal deficit soaring, annual interest payments on debt will reach $916 billion by the end of the decade. Serious consequences have long seemed like far-off problems, but they are now likely to hit the country with considerable force within the next several years. And although everyone can see the train wreck coming, lawmakers seem powerless to stop it.

The Federal Debt: How To Lose A Trillion Dollars

The Federal Debt: How To Lose A Trillion Dollars 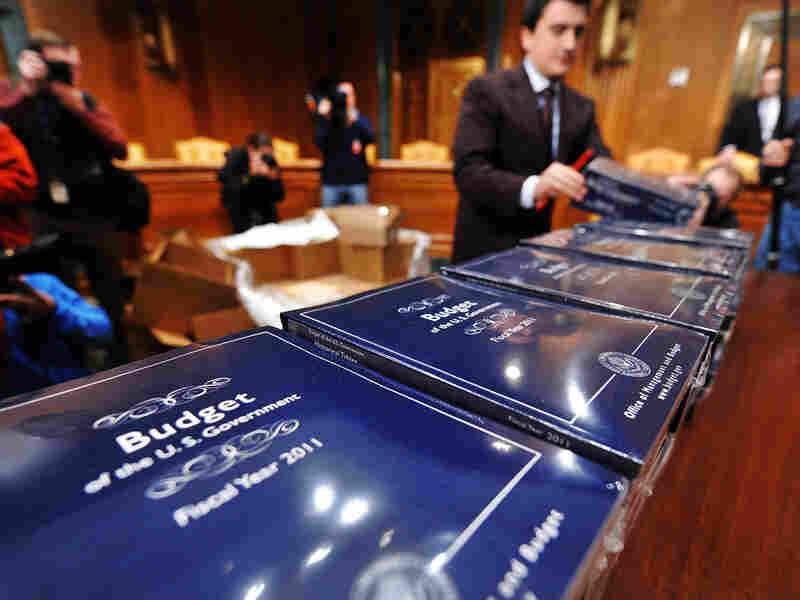 According to the Congressional Budget Office, annual debt payments — currently about $200 billion — are set to skyrocket. CBO estimates that interest payments on the federal debt will total $916 billion by the year 2020. Jewel Samad/AFP/Getty Images hide caption 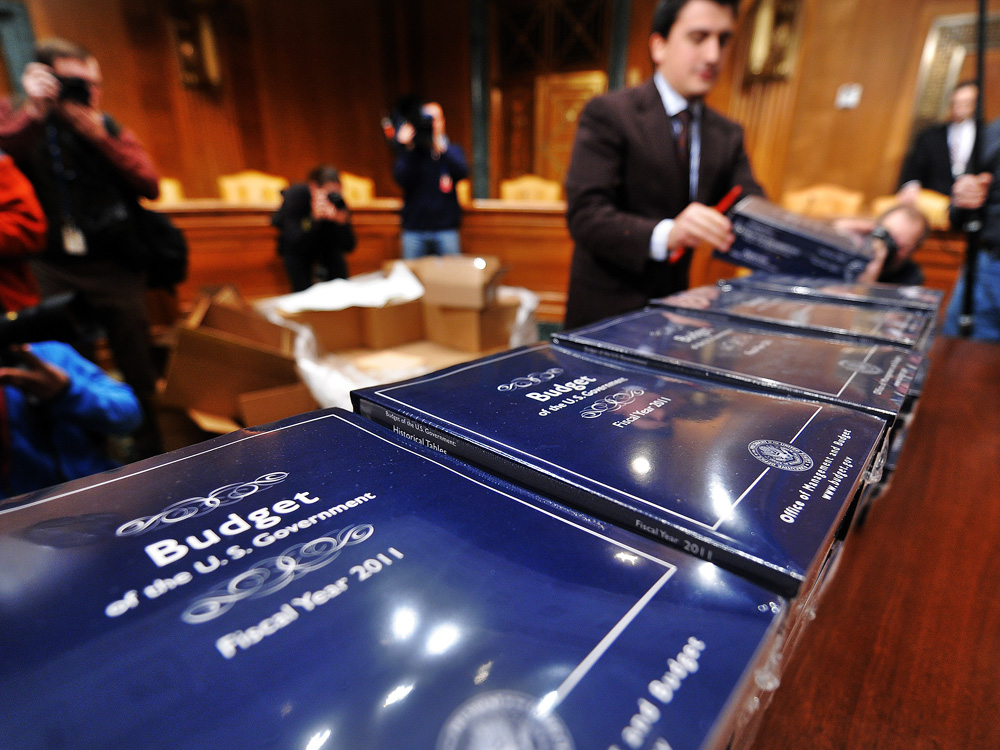 According to the Congressional Budget Office, annual debt payments — currently about $200 billion — are set to skyrocket. CBO estimates that interest payments on the federal debt will total $916 billion by the year 2020.

The Congressional Budget Office projects that annual interest payments on the federal debt, currently less than $200 billion, will rise to nearly $1 trillion by 2020. Some economists warn that CBO's numbers are too optimistic and that the problem could end up being much worse.

Everyone knows that the federal deficit is a real and growing problem. It's so large, however -- $12 trillion and spiking rapidly -- that it can seem abstract.

That's about to change. Serious consequences associated with deficit spending have long seemed like far-off problems, but they are now likely to hit the country with considerable force within the next several years.

One is servicing the debt itself. Most people don't pay much attention to the interest payments the federal government makes every year. They haven't had to. Debt service has been manageable, thanks to low interest rates and consistent economic growth.

But, according to the Congressional Budget Office, annual debt payments -- currently about $200 billion -- are set to skyrocket. CBO estimates that interest payments on the federal debt will total $916 billion by the year 2020.

"Interest rates are going to rise and at the same time, we're going to have a substantial increase in the size of the debt," says Roberton Williams, a senior fellow with the Urban-Brookings Tax Policy Center. "We'll be paying five times as much in dollar terms by 2020 than we did last year."

How Big A Number?

How much is $916 billion? It's more than we currently spend on Social Security. And it will represent 18 percent of federal spending in 2020 -- nearly as large a share as defense spending.

Having to pay close to $1 trillion a year just on debt will necessarily crowd out other parts of the federal budget. Roads, parks, education -- pick any priority you like, they'll all come under pressure.

"In 20 years, if you look at combined debt service, Social Security and health care, those are going to cost us more than the current tax system is capable of raising," says David Wyss, chief economist for Standard & Poor's.

Projections 10 and 20 years down the road are notoriously unreliable. Better-than-expected growth in the economy could easily bring down that $916 billion figure. If policymakers make relatively modest changes to tax and spending policies soon enough, that would also make a big difference down the road.

That's the hope behind President Obama's debt commission, which began meeting this week and is due to make recommendations to Congress by December.

How much is $916 billion? It's more than we currently spend on Social Security. And it will represent 18 percent of federal spending in 2020 — nearly as large a share as defense spending.

Not Greece, But Bad Enough

But the witches' brew of rising deficits and interest rates means the situation could also become much worse.

CBO's projections actually rest on fairly optimistic assumptions about growth and interest. Under not particularly fanciful alternative scenarios, annual debt payments could turn out to be more like $1.5 trillion, says Kenneth Rogoff, a Harvard University economist.

"We have not had to tighten our belts for a long time," he says. "We still think we can just borrow our way out of any problem. We've had a terrific period of growth that has made up for the borrowing, but there is a ceiling somewhere, and we're on track to hit it."

Rogoff, whose work on the history of financial crises is widely cited, doesn't think the U.S. would face a crisis akin to the one currently ravaging Greece and threatening to spread across Europe. Still, it won't be pretty.

"In Greece, it's happening faster than you can blink," he says. "In the U.S., it would be interest rates rising painfully and slowly over several years. We would adjust, but that doesn't mean it's not going to be painful and slow our growth."

Economists and budget officials like to talk about how easy some of the nation's seemingly intractable problems would be to solve. Put a bunch of smart people in a room and they could put Social Security right in half an hour. (Health care remains a much more complicated question.)

But if the technocratic solutions are apparent -- cut spending, raise taxes, tweak the retirement age for Social Security recipients and so forth -- making such changes through the political process is an entirely different matter.

In 1993, President Clinton persuaded congressional Democrats to enact a deficit-reduction bill that included $250 billion worth of tax hikes, coupled with a slightly higher amount of spending cuts.

No Republicans voted for the measure. On the campaign trail the following year, the GOP routinely castigated it as the "biggest tax increase in American history." There was some debate about whether that was true, but the fact is that 28 of the 34 House Democrats who lost their seats in 1994 had voted for the package -- a major contributing factor to the Republican takeover of Congress.

That was one powerful political lesson. Budget reduction now resembles an incredibly high-stakes game of chicken, with either party ready to take advantage of any talk of tax increases or major spending reductions to use against the other.

"Nobody wants to be the first one to toss an offer on the table," says Williams of Urban-Brookings. "They're afraid if they do, the other side will run off to the press immediately and say, 'Look what they're trying to do.' "

The Bill Is Coming Due

The reason that is such an effective threat is that deficit spending provides a great bargain to taxpayers. By borrowing 40 cents of every dollar we spend, we're getting an enormous discount -- all the spending we want, with prices slashed by 40 percent.

That's a hard habit to break.

But the bill may be about to come due. "The Clinton tax increase," says Rogoff, "is minuscule compared to what we probably have to confront in the next five to 10 years."