Accessibility links
Fresh Air Interviews: New York Times reporter Gretchen Morgenson, 'Examining Goldman Sachs' The Securities and Exchange Commission's case against Goldman Sachs hinges on whether the Wall Street titan should have told its customers more about the derivatives it was selling them. But The New York Times' Gretchen Morgenson wonders whether the rating agencies and those who bought the derivatives should have done more homework. 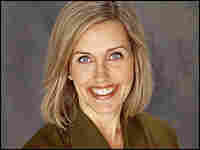 Gretchen Morgenson, who covers the world financial markets for The New York Times, discusses the investigations into Goldman Sachs by the Securities and Exchange Commission, the Justice Department and a Senate subcommittee -- and reflects on the role Goldman Sachs played in the financial crisis.

On today's show, we played a recording of the musical Bet Against the American Dream, commissioned by This American Life. You can enjoy the full piece here:

This American Life: Bet Against The American Dream

The SEC investigation hinges on whether Goldman should have disclosed more information to its customers, Morgenson says in an interview on Fresh Air.

"Goldman Sachs has strenuously denied that they have done anything wrong. In fact, they say, 'We didn't know the mortgage market was going to collapse and therefore, we could have been wrong. We were not in a position to know with certainty that it was going to collapse. But that's essentially the heart of the matter: Should they have disclosed to their customers who were buying this portfolio that, in fact, it had been almost rigged?" she says.

Morgenson is an assistant business and financial editor and columnist for The New York Times and the author of Forbes Great Minds Of Business. She won the Pulitzer Prize in 2002 for her "trenchant and incisive" coverage of Wall Street. 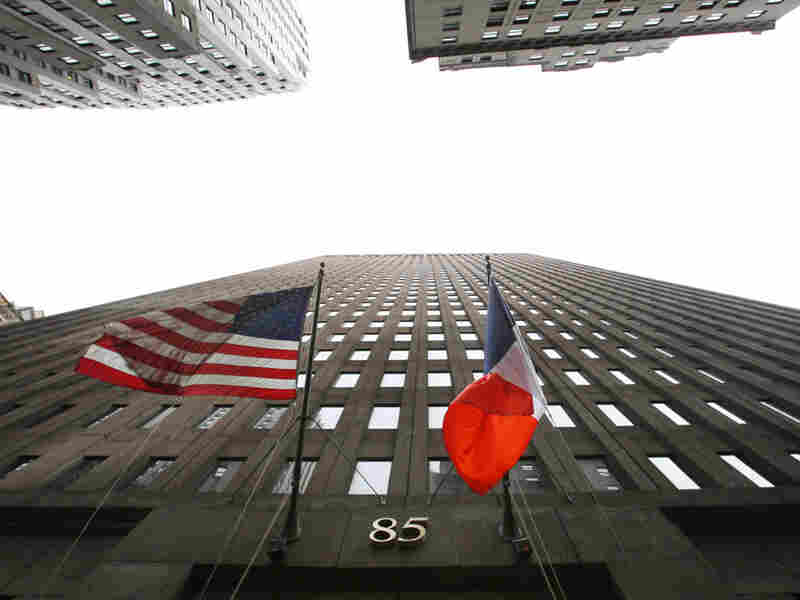 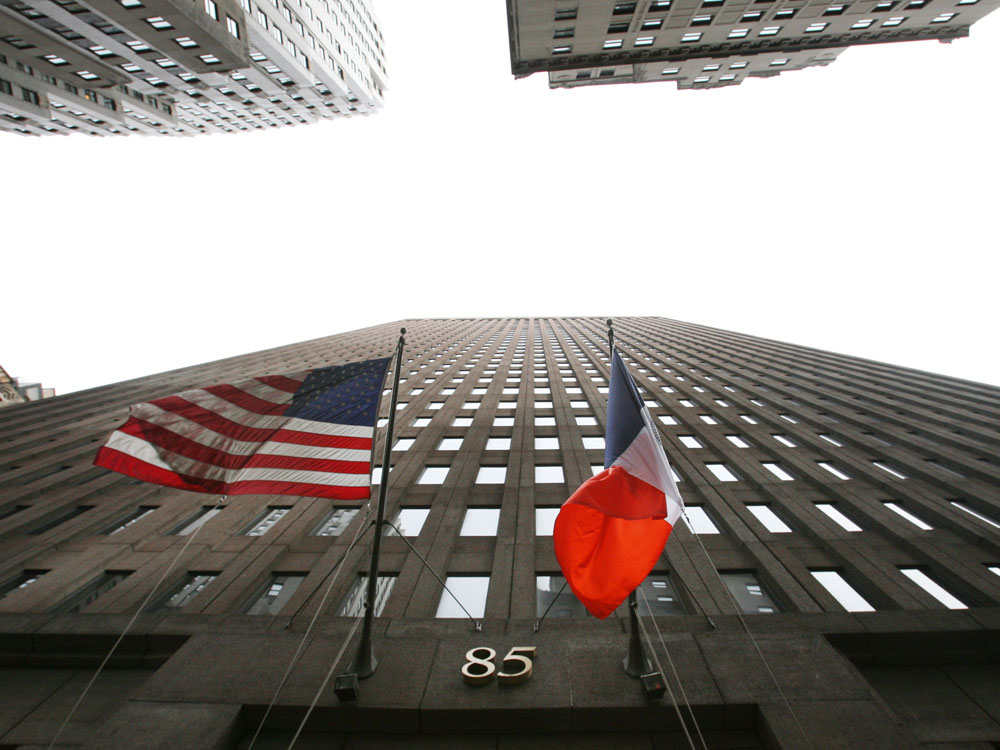 "All of Wall Street was feeding at the subprime trough during the mortgage mania. There were a couple of banks that took an extra role in creating these really kind of wacky derivative pools of mortgages, that really did not contain mortgages at all but just referred to other pools of mortgages. These were these so-called synthetic collateralized debt obligations. This was a step beyond just the pooling of mortgages and slicing and dicing and selling them to investors as had been happening for many years. Goldman was one of the larger creators of these. Merrill Lynch was enormous in this [and] Deutsche Bank also. What brought scrutiny to Goldman was the creation of a particular pool of mortgages that was really built by someone taking a negative stance on mortgages, someone who wanted to create a portfolio that would be more likely to fail, to collapse, to decline in value, than one that would perform well."

On why the SEC is investigating Goldman Sachs

"What the SEC really is saying is that [Goldman] omitted material detail in the selling of this security. Here's how it was created: It was created with a very big hedge fund that was a client of Goldman Sachs. It was called Paulson & Co. Hedge Fund and it was run by a man named John Paulson, who has subsequently become very famous for making billions of dollars betting against subprime mortgages when people were still sort of thinking everything was fine. Now, he and Goldman put together this portfolio of mortgages that were then sold to Goldman's clients. But the element which is at the crux of the case, Mr. Paulson had interest in this portfolio being filled with toxic mortgages, mortgages that were less likely to perform well. ... So was it right for Goldman Sachs to sell such a portfolio to clients without disclosing that this person who was selecting the portfolio had a negative bet on it and was therefore opposed to the people who were buying it?"

On why the Justice Department is investigating Goldman Sachs

"We don't know with any certainty what the Justice Department is looking at in this matter. We can really take some good ideas about where they're going. The problem, I think, is that much of Wall Street has become so riddled with conflicts of interests, that there are tremendous opportunities for mischief and worse, if you are very well connected -- politically connected -- and at powerful investment banks. For instance, you get very, very crucial information and rumors from customers about what they're doing which will have impact on the market. The temptation to trade in front of that, to profit from that information ahead of it being made public, is very tempting. Even by just seeing the flow of trades that very large institutions do, it gives a brokerage firm immense info on where the market is going because these huge trades can really move the market. ... These are very, very complex and interconnected businesses and they might be looking to see if the large firms were taking advantage of the really important information that they were receiving." 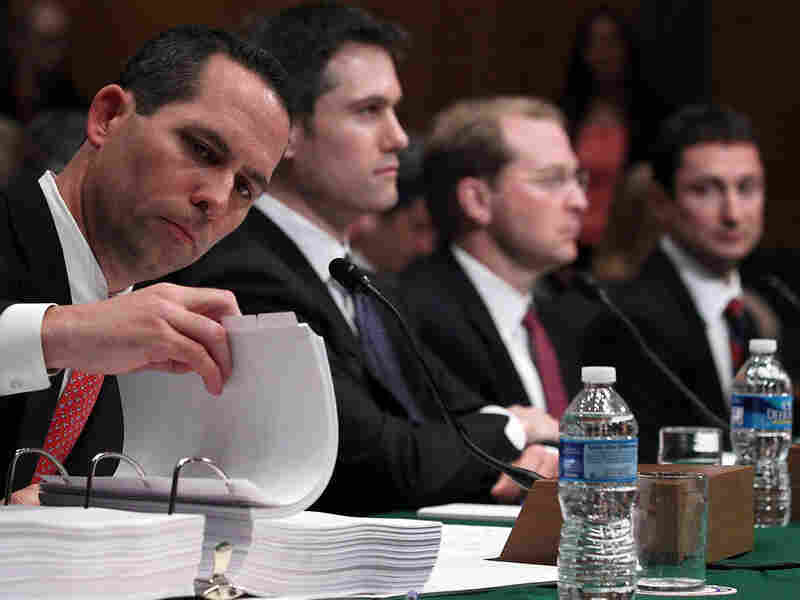 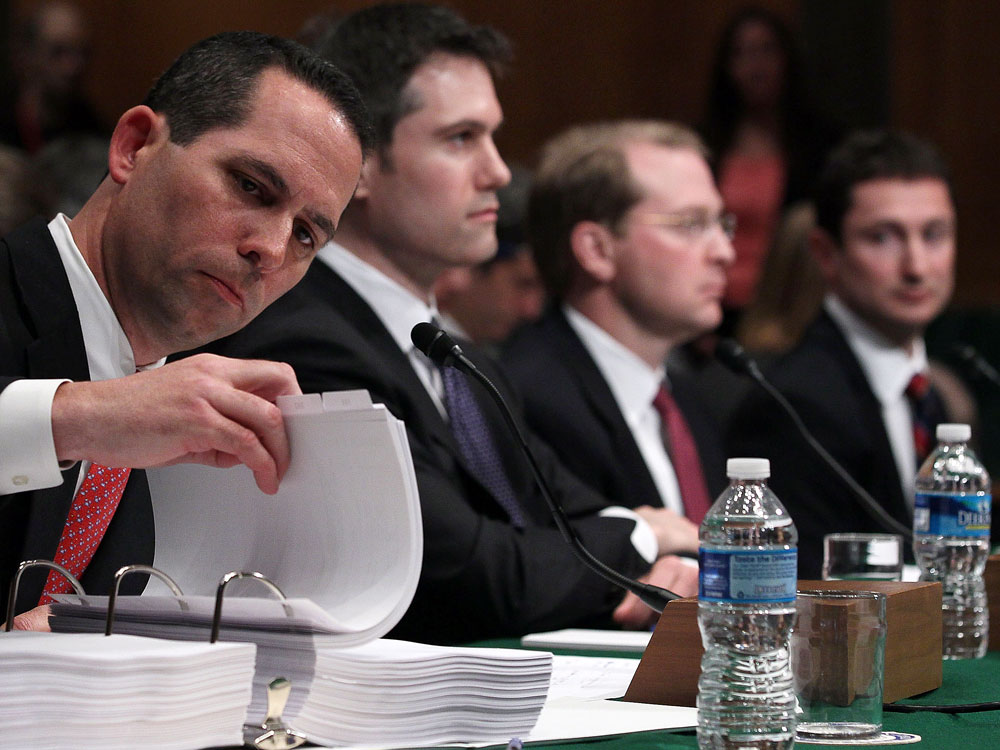 On why Goldman Sachs' stock plummeted

"The reason the stock plummeted is because of the investigation. Goldman is extremely profitable. It just had an enormous profit in the first quarter of this year. It did do far better than other investment banks during and after the crisis and part of the reason for that, was that they were so negative on mortgages and they had made tremendous bets against the mortgage market and had won big time on those bets. They had eliminated some of their risk by selling off mortgages that they had on their books to their customers. When they realized that they felt that the mortgage market was at peril -- this was at, say, February [and] March of 2007, the e-mails show -- it was like, 'Sell everything. Get rid of everything. We've got to move this stuff off our books because we think it's really going to get ugly.' "

From the New York Times

"I think that that is a key defense that Goldman will have in its case here. This again gets to the point of the importance of the rating agencies in these transactions. These were securities that had thousands of loans in them and there was absolutely no transparency about these loans for the average buyer to be able to look at. You didn't have weeks to look at this portfolio and be able to say, 'Yes I'll buy it after I examine all of the loans or even a sample of the loans in it.' These investors were taking the rating agencies at their word: that the rating agencies had done the work. That these were, in fact, high-grade securities that would be likely to perform over time and not default. So shame on the buyers for relying on the rating agencies, but shame on the rating agencies for not doing their work. The chain of blame is very extensive here. It's not clear to me that an investor could actually have gotten to the bottom of these securities in the amount of time that they had to make their decision on whether they were going to buy it or not."