Accessibility links
Irregular Period? It Could Be More Than Just Stress One in 100 women will have symptoms of primary ovarian insufficiency well before the age of 40, some even in their teens and 20s. Doctors say many miss the signs, and need to get checked out and treated -- for the sake of their fertility and the health of their bones.

When a young woman's menstrual periods get out of whack -- extra-long, extra-short or intermittent -- she may just chalk it up to stress and ignore it. To even out monthly cycles, doctors often prescribe birth control pills, without doing much of an evaluation first. But both those approaches are a mistake, says gynecologist Lawrence Nelson, of the National Institute of Child Health and Human Development. 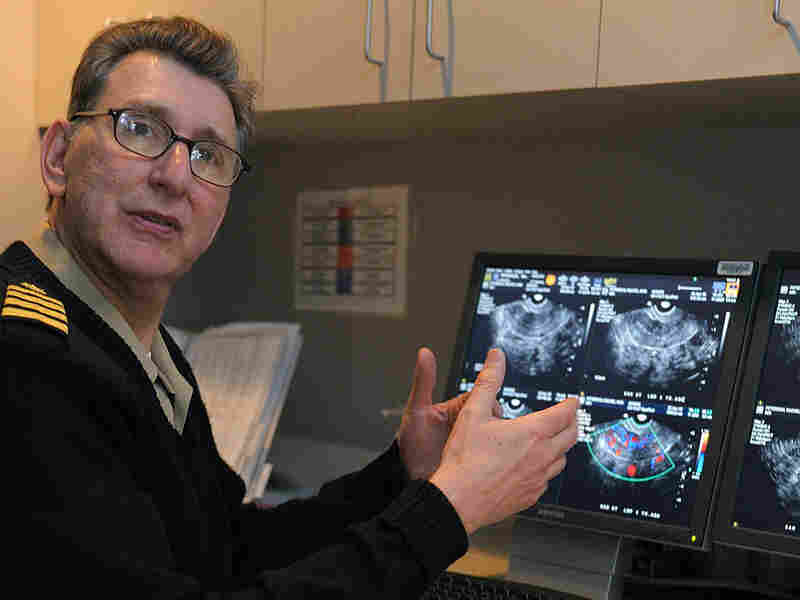 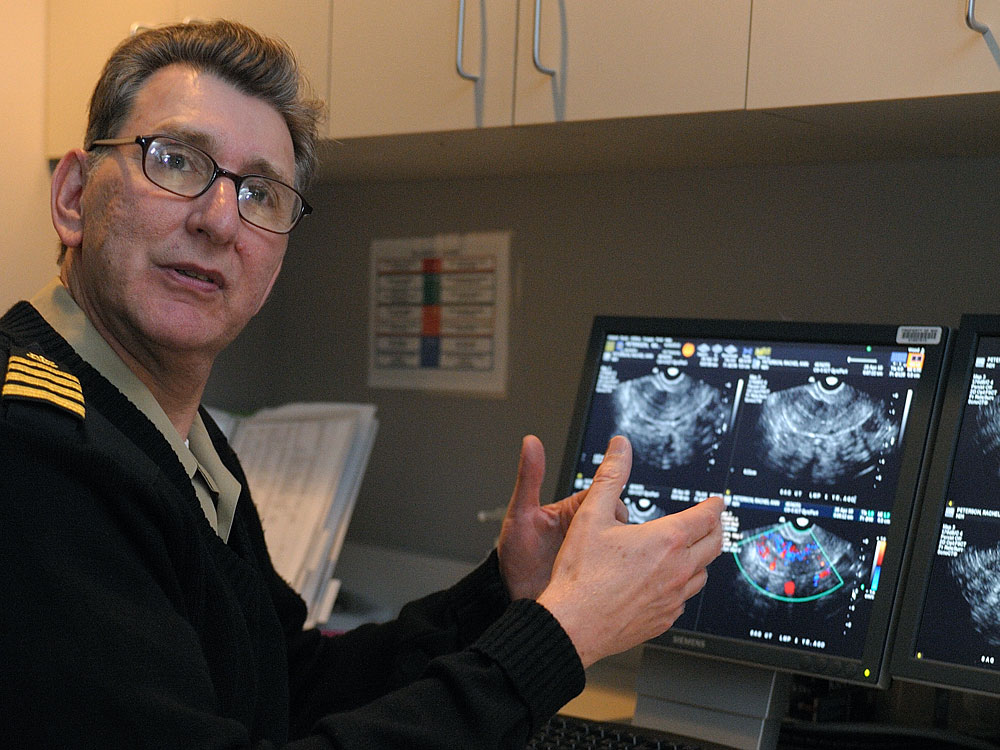 Dr. Nelson is researching a treatment for primary ovarian insufficiency.

"There's this disconnect," says Nelson. "The menstrual cycle is just seen more as a nuisance by many women. But actually, [when periods are regular] it's the sign that the ovaries and the whole endocrine system related to reproduction is working the way it should."

Birth control pills don't cause the condition, Nelson says, but they can mask it for years.

"It might be reassuring to women to think, 'Oh, it looks like things are fine now, because my periods are coming,' " Nelson says. "But, in fact, their ovaries aren't supplying the hormones to make that happen, so it's masking the fact that their ovaries aren't working."

Maureen Doherty, a writer in New Jersey who works in public relations, had exactly that experience. When she and her husband got married, she was 35 and they were eager to start a family, so she went off contraceptive pills. She wasn't much worried when she didn't get pregnant right away, but her doctor ran a few blood tests, just to make sure everything was OK.

It wasn't. Doherty remembers getting the call from the physician's assistant a few days after her tests, with news that Doherty was "post-menopausal." The magnitude of the news didn't really hit Doherty until she was on her way home that night.

I can still remember sitting on the bus, and thinking ... I'm probably not going to have children. And to hear that, you know, four months after you're married — it was heartbreaking.

Maureen Doherty, who was diagnosed with POI in her 30s

"I can still remember sitting on the bus, and thinking ... I'm probably not going to have children. And to hear that, you know, four months after you're married -- it was heartbreaking."

Actually, the physician's assistant didn't have the diagnosis quite right. Though POI is sometimes called "premature menopause" or "premature ovarian failure," both those names are misnomers, Nelson says. True menopause, which most women go through in their early 50s, signals a permanent end to menstruation and ovulation.

Primary ovarian insufficiency is trickier. It can come and go; the ovaries seem to shut down for a while, then, sometimes, start up again, he says. Hormone levels -- particularly of follicle stimulating hormone, or FSH -- may fluctuate, going in and out of the menopausal range. Somewhere between 5 and 10 percent of women diagnosed with the condition do get pregnant and give birth.

Looking back, Doherty realizes there were signs that her hormones were doing a stutter-step in her early 30s, and maybe earlier: Now and again, she had hot flashes but didn't recognize them. She just switched to wearing layers at the office. Around that same time, her periods also became a little less predictable. She mentioned it to her doctor during a routine office visit.

"I'd have one one month and not the other," Doherty says. "She just shrugged and immediately gave me a prescription for birth control."

Instead, Nelson says, women and their doctors should be attuned to -- and evaluate -- any changes in menstruation. Skipping just one period might indeed be a sign of stress or pregnancy, he says. But going 90 days without menstruating, or having a cycle that is shorter than 21 days or longer than 35 deserves further evaluation, he says. A simple blood test for FSH levels can diagnose -- or rule out -- POI.

The ovaries of a woman with POI aren't producing enough estrogen. And when that happens early in life, the damage can go beyond fertility to hurt bones.

Nelson says he and his team "got a wake-call" about 10 years ago when 23-year-old twin sisters with POI came to an NIH clinic, each with the bone density of a 77-year-old woman. A careful medical history showed that the twins had menstrual problems throughout adolescence that were never evaluated. They could have grown up with healthy bones, Nelson says, if they'd been prescribed an estradiol patch to provide the missing estrogen, and progesterone to balance it.

"I think a 30-year-old woman [with POI] still needs these hormones," Nelson says, "and I think a woman in her early 40s probably still needs them. Once you get beyond 45, I think that then it's more questionable." At that point, he says, it's more a matter of personal choice for a woman, in consultation with her doctor, and may depend on her symptoms and medical history.

Though some of that bone loss can be made up with early intervention with the appropriate hormones, calcium and vitamin D, there is, unfortunately, still no way to reverse POI's effect in greatly reducing fertility, Nelson says. But he does have a hint of good news on that score. Nelson's latest research suggests that at least 75 percent of women with POI still have some immature ovarian follicles -- and eggs -- that could theoretically, under the right circumstances, be coaxed to ripen and ovulate. The next step is to figure out how to make that happen.

Maureen Doherty and her husband aren't waiting. She's 41 now, and they're adopting.

"We hope within the next four weeks that we'll be picking up our son in Seoul, Korea," she says. "It's been a long process, and we're very excited."

Doherty says she would have loved to have had her diagnosis years sooner. She and her husband might have adopted many more kids. "I'm not saying we won't, yet," she says. "It's just that adoption takes time, and starting at 41 makes it a little more daunting to think about going for five."