Accessibility links
What's Behind Apple's Clash With Flash? Apple CEO Steve Jobs released a letter explaining why he isn't a fan of Adobe Systems' Flash. The missive could doom what has become the dominant multimedia technology. It's not the first time Apple has taken aim at mainstream technologies to improve the user experience on its products. 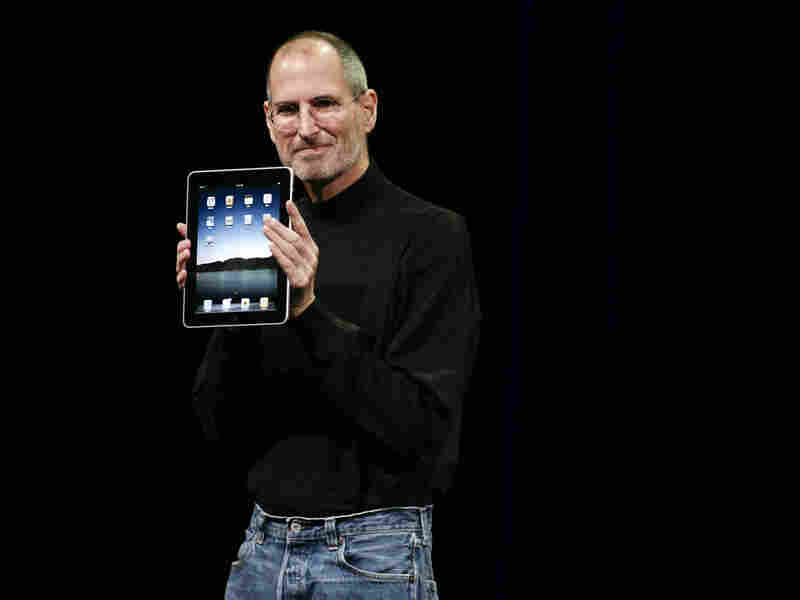 Apple CEO Steve Jobs announces the new iPad in January. Jobs has picked a battle with Adobe Systems over its multimedia Flash program, which is widely used on the Internet. Ryan Anson/AFP/Getty Images hide caption 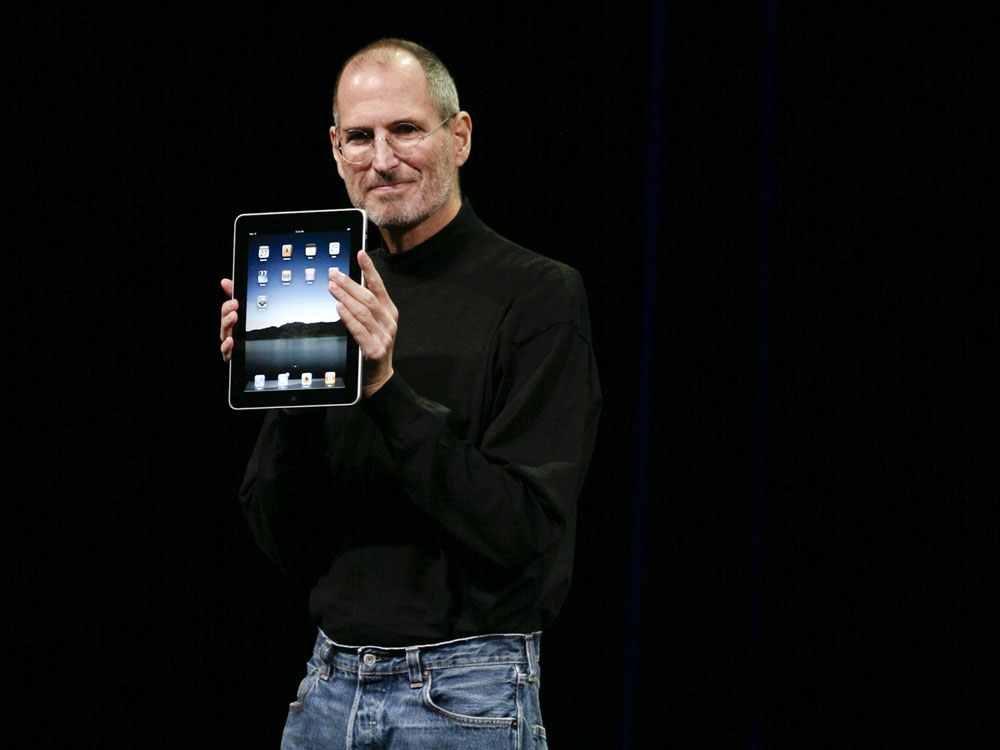 Apple CEO Steve Jobs announces the new iPad in January. Jobs has picked a battle with Adobe Systems over its multimedia Flash program, which is widely used on the Internet.

People who surf the Web with any of Apple's mobile devices including the iPad or the iPhone sometimes encounter large chunks of empty space where a video or an interactive game should appear.

That's because Apple's mobile products don't support Adobe Systems' Flash, the technology that powers those parts of the Web.

Apple chief Steve Jobs isn't a fan of Flash -- and he released a letter Thursday explaining exactly why. He's even got some of the Internet's most popular destinations -- The New York Times, Facebook, even NPR -- working to strip Flash away from websites on the iPad.

Jobs says Adobe -- not Apple -- has a closed system because its products are 100 percent proprietary and this conflicts with Apple's desire to use open standards for the Web.

"It's purely technical. It's not a very good program for mobile devices," Leander Kahney, author of the biography Inside Steve's Brain, tells host Guy Raz. "It's a CPU hog and it drains battery life very quickly, so he doesn't want it on it."

Flash is the dominant multimedia technology in use right now.

"It has amazing penetration. Three-quarters of all the video on the Net is encoded in flash," says Kahney, who is also editor of cultofmac.com. "Almost all of the games, all the casual games -- especially the really popular games like FarmVille on Facebook -- they're all encoded in Flash. Almost all of the technology world is embedded in Flash."

As recently as six months ago some technology experts thought Flash was would dominate Web multimedia. Now some are saying the technology is doomed.

This isn't the first time Apple has taken aim at a mainstream technology. In the late 1990s, the floppy drive disappeared after Apple introduced the first iMac with its CD drive. And iTunes and the iPod have slashed sales of CDs.

There's also been some controversy over the lack of Blu-ray drives on Apple computers. But Kahney says Apple's reasoning has been that consumers can already get a lot of high-definition content by streaming over the Internet.

Although Jobs is an intensely private person, Kahney thinks his intentions are good: "I think he is genuinely interested in crafting technology that is easy to use for consumers, and Flash wrecks that experience or has the potential to wreck that experience. And so, it's gone. He's just extremely ruthless about that."