Accessibility links
The Two Faces Of Gordon Brown A photograph of the British Prime Minister holding his head in his hands after calling a widowed pensioner "a bigoted woman" has become an instant icon of despair, like a man who can't bear to watch his house burn. 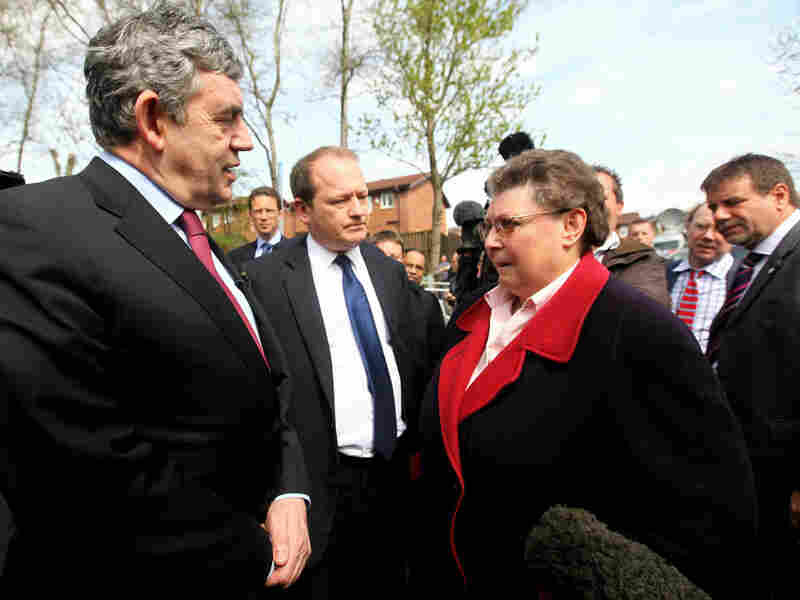 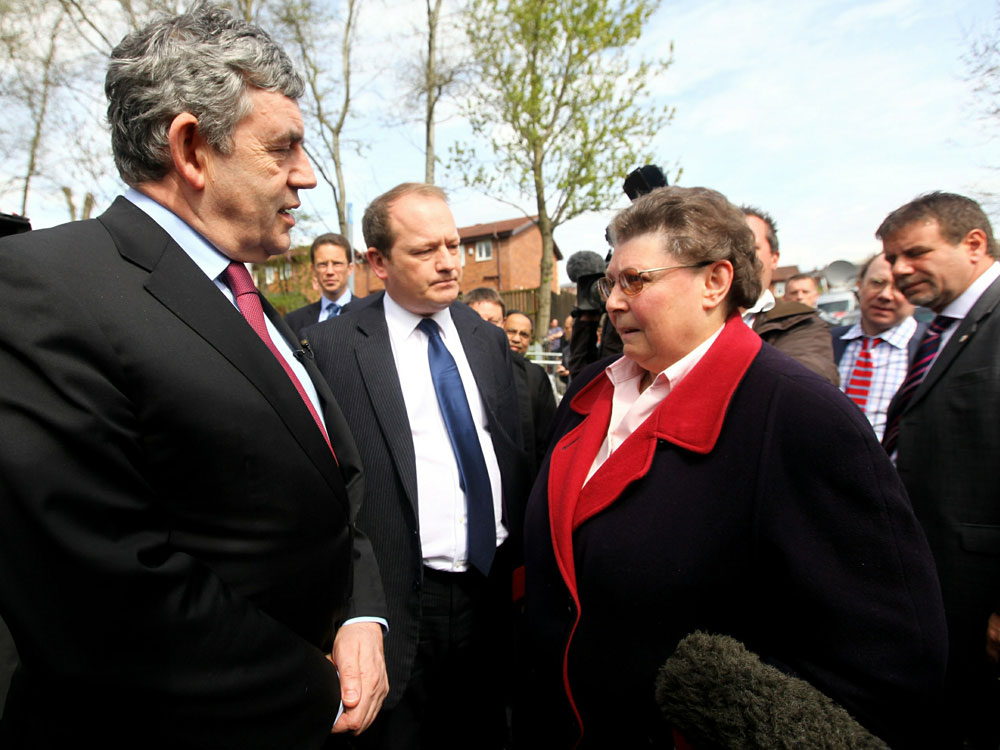 This week Gillian Duffy of Rochdale, England, popped out of her apartment to buy a loaf of bread and walked into the news.

Mrs. Duffy is 65 years old, a widow, a pensioner who worked with handicapped children, a grandmother, and a lifelong Labour Party voter. But when she was ushered over to shake hands with Prime Minister Gordon Brown, who was on her street to be televised meeting ordinary citizens, Mrs. Duffy told him that she was "absolutely ashamed" of saying she was "Labour." She complained about high taxes and "all these Eastern Europeans" immigrating to Britain.

The prime minister genially told her that she should be getting many good government benefits from paying her taxes.

But a moment later, after sliding into the privacy -- or so he thought -- of his car, Mr. Brown called the encounter "a disaster" and referred to Gillian Duffy as "a bigoted woman."

The prime minister still had a microphone in his lapel; it was on. When he went to a radio studio a few moments later, he heard his own words played back to him and put his head in his hands. A camera was still on him, too.

The picture of Mr. Brown holding his head in his hands has become an instant icon of despair, like a man who can't bear to watch his house burn.

Mr. Brown rushed back to apologize to Gillian Duffy. Aides attested that he was mortified, more personally than politically, to have insulted a Labour-voting grandmother.

"What a horrible, mean-spirited thing to do," rasped The Daily Star. The Express newspaper thundered that Gordon Brown "has been unmasked as a hypocrite who praises people to their faces and then insults them behind their backs."

But from this distance, I thought Mr. Brown didn't look mean so much as exhausted, a man in a pressure cooker who vented a little steam in what he thought was a private moment.

Was he two-faced? I suppose. But so is anyone who tells someone that he looks fit, then mutters to a friend, "What's happened to him?" or laughs too loudly at a boss's obnoxious joke or tells his mother-in-law, "I love this mince-meat pie!" then murmurs to his spouse between burps in the middle of the night, "Is she trying to kill me?"

For that matter, I've known many reporters who flatter politicians to their faces, but talk waspishly about them behind their backs -- when they're safely having drinks with other reporters.

Multiple personalities may not be healthy, but a couple of faces can just help you get through the day.

I doubt that Gillian Duffy deserved to be called a bigot, even privately. But I feel some sympathy for any politician who, toward the end of a toilsome campaign, snaps back a bit at the public he thinks is about to bite him at the ballot box.