Accessibility links
A Perfect Fit We lounged outside in the mid-April sun on the second floor front porch, the parrot and I, or, more accurately, I lounged and the parrot, all three-and-a-half pounds of him, walnut-cracking, thick-beaked macaw, roughhoused-routed in my cardigan sweater, lifted himself up onto my shoulder and then dangled down again, claws embedded in the black yarn. 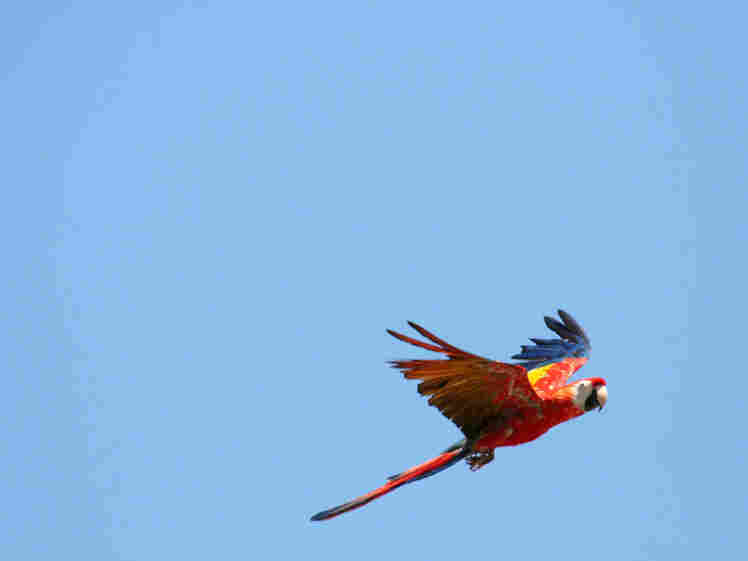 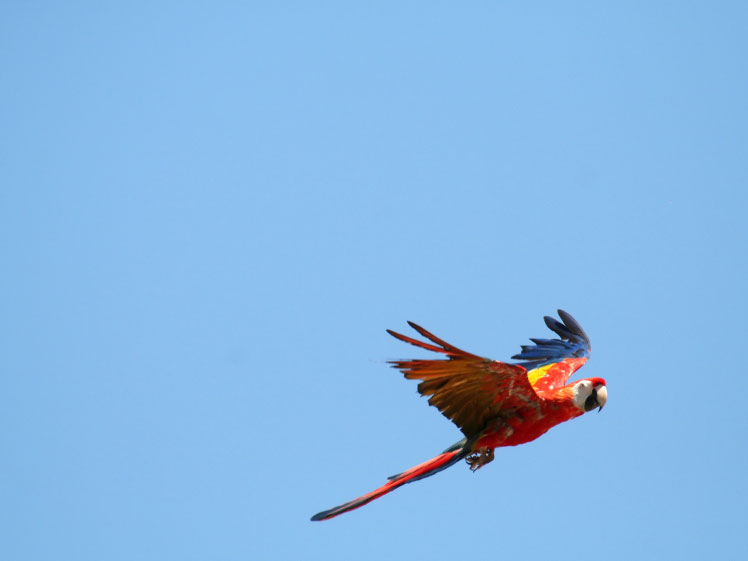 We lounged outside in the mid-April sun on the second floor front porch, the parrot and I, or, more accurately, I lounged and the parrot, all three-and-a-half pounds of him, walnut-cracking, thick-beaked macaw, roughhoused-routed in my cardigan sweater, lifted himself up onto my shoulder and then dangled down again, claws embedded in the black yarn. He bit off every button effortlessly, one at a time, snapped them at the root. This was our game and his special cardigan. A jar of second-rate, discount buttons rested on my dresser alongside a quick-fastener; he chewed the buttons off daily and I turned around and clipped new ones on again. A trick of his invention, he had me trained. The teenagers who lived in the basement two floors down were partying on the first floor porch just below us, in full view of their enabling grandmother's flat. They chain-smoked, guzzled and guffawed; pot also, a wispy dance of herb cascaded upward, woven into the spiral of tobacco and the whiff of hops.

And here was I, a human, breathing, bird-perch, trapped home for the week, chewed and prodded and fumigated, as wife Sherry business-tripped in San Diego. This week San Diego, a month ago Austin, before that Baltimore. The bird was originally her idea, when our choice not to breed began to rattle me, and there was some logic after all to this: 75-year, human life span, unusually sophisticated alien intelligence, the vocabulary of a three-year-old. And don’t get me wrong, I love that bird -- like living with ET -- but me, a more-or-less virile 38-year-old, stuck at home alone with a rambunctious and needy avian, a special needs child, who would always be the same size, never leave the roost, never go to college.

So when the breeze picked up, and a sudden gust ripped the bird off of my shoulder and dragged him into the air -- he is a bird after all -- nature took over and he began to fly (he is a clipped bird -- the flight feathers are gently trimmed to prevent escape and injury; he can’t sustain lift, though will not necessarily plummet), as he flapped instinctually out over the street, I was pummeled by a rapid-fire series of emotions and reactions, not unlike the stages of grief.

Awe -- all the colors of the rainbow in those feathers; I have never seen him fly outdoors, a three-foot wingspan in the sun, and it is glorious. Terror -- cars cruise on the street below as he begins to helplessly descend. Fury -- a cry goes up from the partiers below, the drunken howl of teenagers who wake us nightly with their music and shouts. Irritation -- that this is my responsibility; Sherry e-mails me daily from exotic locales. Love -- for the bird, my child, and it is my child. Embarrassment -- in my pajamas, hair a mess, unshaven, I’ll have to push my way through the teenagers. Resolve -- the bird is falling; oh god, there is a truck.

And as the gang downstairs chanted go, go, go, I dove down the front stairs and out in time to see the bird miss the truck by mere seconds and crash land across the street, clipping a freshly-misted weigela bush.

The bird peered back at me, sheepish and stunned. He lifted his right leg, ready to grasp my forearm and step up, to plant himself on me, a perfect fit. He waited by that dripping weigela to ride me safely across the street, through the three stoned teenagers, inside, back home, to where we belong.