Accessibility links
Ship Logs Help Scientists Trace Oceans' Warming Documenting changes in ocean temperatures over the past century is not an easy project. But scientists need these data to better understand global warming's effect on the oceans. One researcher at the National Oceanic and Atmospheric Administration has been chasing down old maritime records -- saving them from being chewed on by mice, or demolished by mildew, leaky pipes, fires and flood. 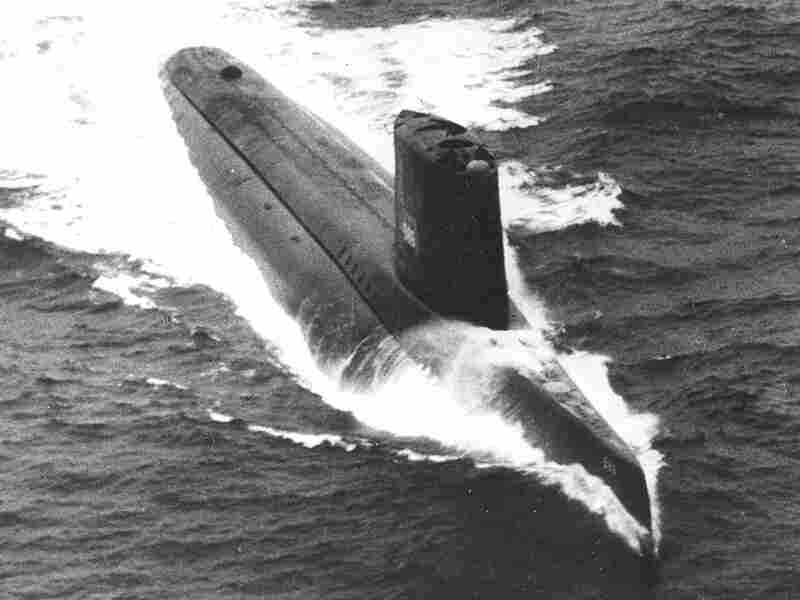 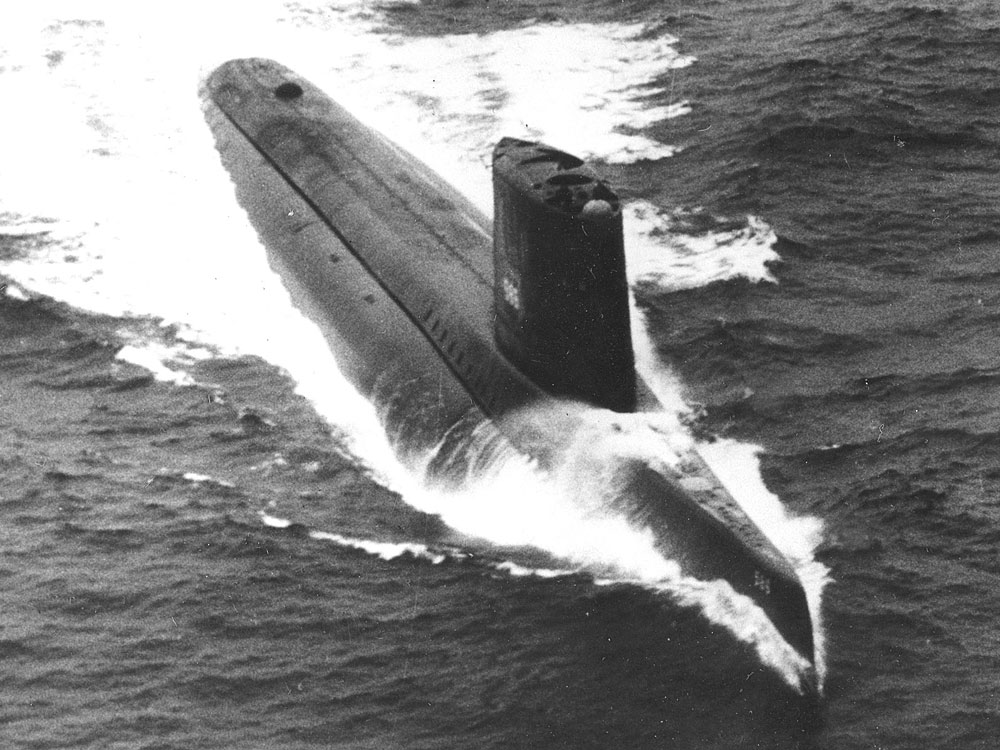 Sydney Levitus works in an ordinary government office building in the ordinary town of Silver Spring, Md. But his work frequently transports him -- at least figuratively -- back to the helms of ships that plied the seas many decades ago. He's looking at temperature readings from the ship's logbooks.

"The data are priceless because you can't go back in time, obviously," Levitus says.

And scientists would dearly like to know how the temperature of the seas has changed since humans started adding carbon dioxide to the atmosphere. Most of global warming has actually been warming of the oceans, and it's been quite a challenge to document that change over the past century. But starting back in 1993, Levitus headed up an international effort to gather whatever historical records he could find.

And surprisingly enough, new treasures still come across his transom.

Levitus thumbs through a stack of index cards sent along by the British Royal Navy.

"They thought they had cleaned out their basement a couple years ago and sent us everything, but they just discovered these boxes with additional data. So we're now digitizing those data that we don't have," he says.

Levitus picks up a random stack of cards, some dating back to the 1940s. Each card has not only a date but the latitude and longitude, salinity measures, temperatures and depth of each data point. He reaches into another big box of cards marked USS Triton. 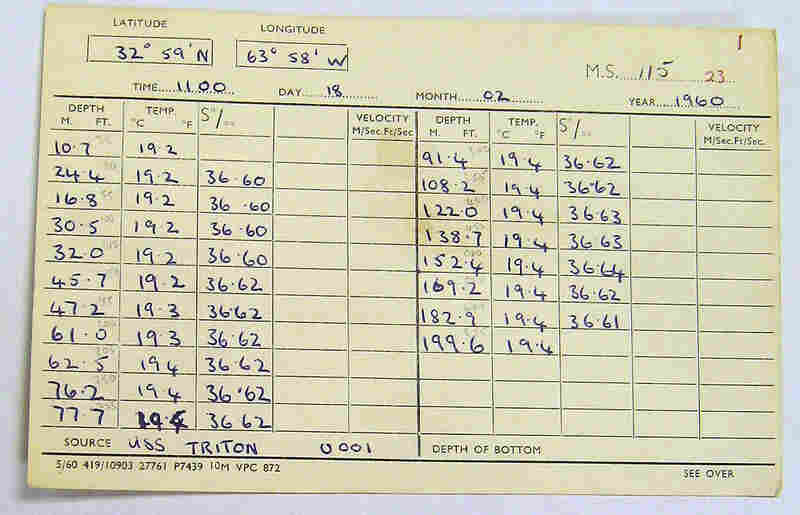 This card from the USS Triton has information about depth, temperature, salinity and time. Courtesy of Sydney Levitus hide caption

"This is pretty interesting," he says. "I wasn't aware of this." The cards in his hands contain data collected by an American nuclear submarine, on a historic mission it undertook in 1960.

"It's the first submerged circumnavigation of the Earth. It looks like these were all taken pretty close to the surface. What a very exciting set of observations," he says.

Over the years, Levitus says they've managed to compile literally millions of data points from all around the world -- and from friend and erstwhile foe alike. For example, Japan turned over copious records its warships collected during World War II.

Levitus tells a story of traveling to search for old ocean temperature records in the Russian seaport of Murmansk. When he arrived, colleagues there immediately took him to a neatly tended graveyard where Americans and other Allied troops had been buried during World War II.

"What they also did is showed me a picture of Murmansk at the end of World War II, and it was an aerial photograph," he says. "There was only one building left standing."

They pointed to the photo and told him, sorry, but you can see why you won't find any old ocean data here.

"But the fact is that there was ocean data measured during World War II there again," Levitus says. "Another of our colleagues in Russia found this data and digitized it and sent it to us. So, even people within a country don't know what's there in their archives all the time."

Levitus says old ocean temperature measurements have been snatched from the jaws of mice, and saved from mildew, leaky pipes, fires and flood. He has patiently compiled the information, shared it with colleagues from all around the world, and built an increasingly clear picture of warming oceans.

Ocean Locations Where The U.S. Navy Took Temperature Readings In 1945

The Navy originally took these readings to detect enemy submarines.