Accessibility links
After 'The Oath,' A Slow Retreat From Jihad Before Abu Jandal became a cab driver, he served as a personal bodyguard to Osama bin Laden. Laura Poitras' documentary follows the story of how Jandal's involvement in al-Qaida landed his brother-in-law at Guantanamo Bay.

After 'The Oath,' A Slow Retreat From Jihad

After 'The Oath,' A Slow Retreat From Jihad 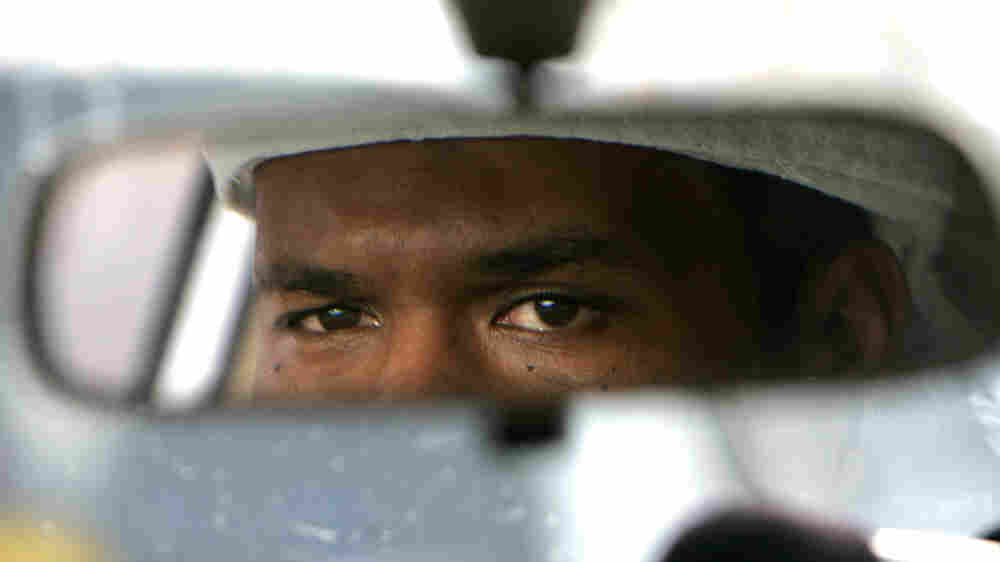 20/20 Hindsight: Abu Jandal served as a personal bodyguard to Osama bin Laden from 1996 to 2000 -- before he became a cab driver in Yemen. In the documentary The Oath, Jandal expresses guilt at sending his brother-in-law, Salim Hamdan, down a path that led to Guantanamo Bay. Zeitgeist Films hide caption

Abu Jandal was Osama bin Laden's bodyguard, and took an oath of loyalty to al-Qaida. His brother-in-law, Salim Hamdan, was bin Laden's driver, but never took jihadist vows. Guess which one of them was imprisoned for seven years at Guantanamo?

For those who've followed the legal aftermath of Sept. 11, that's not a hard question: Salim Hamdan was the defendant in Hamdan v. Rumsfeld, the 2006 Supreme Court case that granted some protections to Guantanamo prisoners. Yet Hamdan is not the star of The Oath, filmmaker Laura Poitras' compelling new documentary.

Poitras is skilled at gaining the confidence of people who might well distrust Americans, as she demonstrated with My Country, My Country, a gently incisive look at life in post-invasion Iraq. For The Oath, she got astonishingly intimate footage of Jandal, who was working as a cab driver in Yemen when she tracked him down.

But the director's attempt to recount a twinned tale of the two brothers-in-law doesn't quite work, chiefly because Hamdan is rarely on-screen. During most of the period the film documents, Hamdan is in a windowless hut at the U.S. detention camp; when he finally returns to his family, he declines to be interviewed. His place in the story is represented by his attorney, some interrogation video and snippets of letters he wrote from prison.

That leaves the spotlight on Jandal, who was born Nasser Al-Bahari. Something of a showoff, the cab driver is happy to dish, both alone and in the company of young would-be jihadists. He even obligingly lies to his taxi passengers, telling them that the camera recording his chatter as he drives is broken.

Poitras filmed Jandal over the course of two years, and she takes her time sketching his character and circumstances. Jandal was once thoroughly committed to Islamic holy war, taking a name he translates as "the one of death." How he came to a milder worldview and lifestyle is revealed gradually -- and very effectively. 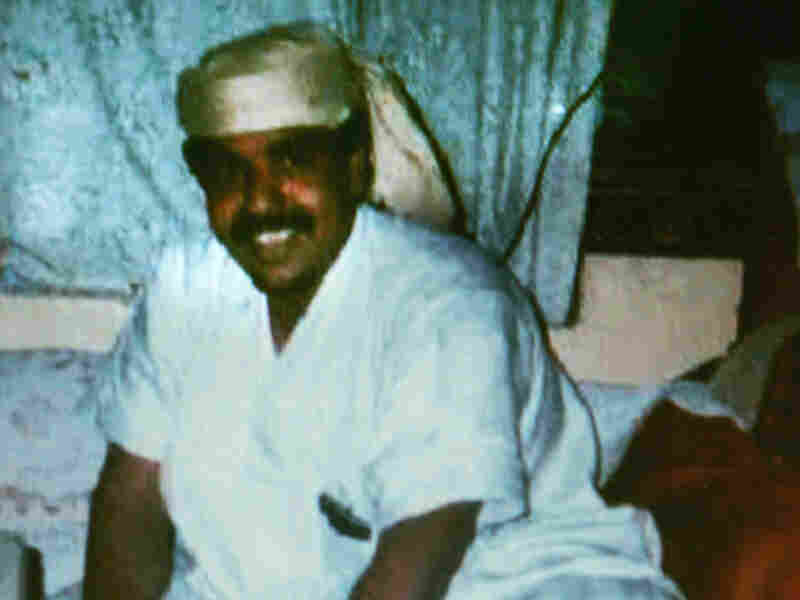 Portrait Of A Detainee: During his imprisonment at Guantanamo Bay, Salim Hamdan became the defendant in Hamdan v. Rumsfeld, a case in which the Supreme Court eventually ruled that the use of military commissions for trying Guantanamo detainees violated the Geneva Conventions. AFP/Getty Images hide caption 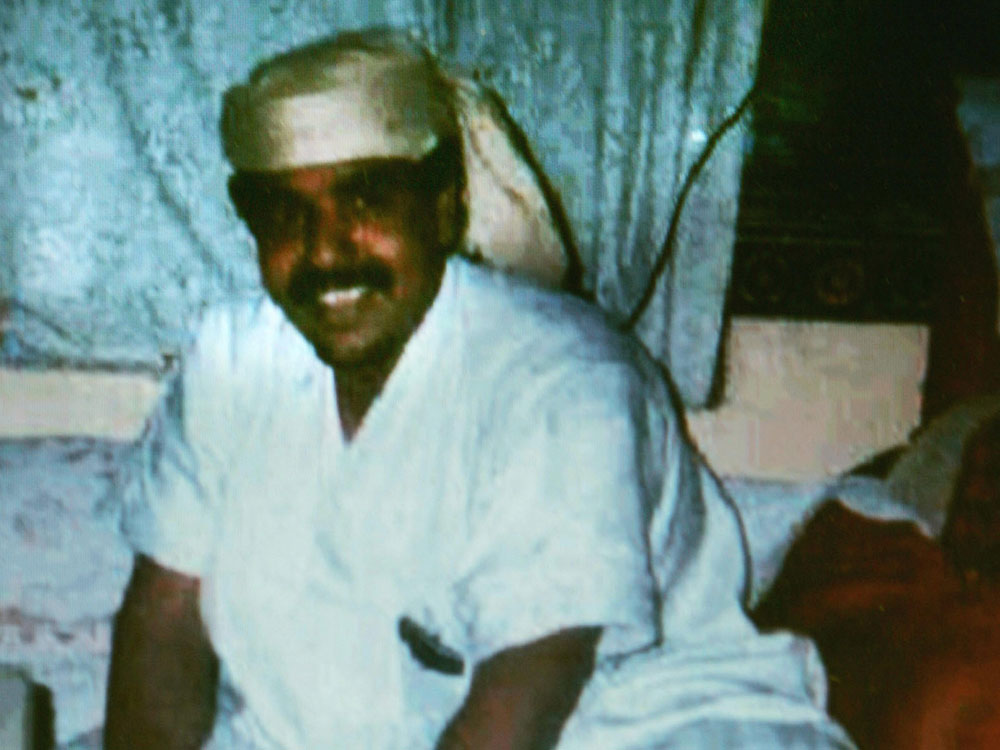 Portrait Of A Detainee: During his imprisonment at Guantanamo Bay, Salim Hamdan became the defendant in Hamdan v. Rumsfeld, a case in which the Supreme Court eventually ruled that the use of military commissions for trying Guantanamo detainees violated the Geneva Conventions.

What soon becomes clear is that Jandal is no longer the one of death. He confesses shame that he ushered Hamdan onto the path that led to Guantanamo. And while he dutifully teaches his young son the ways of Islam, he's not the strictest of instructors. He's understanding when the boy would rather watch Tom & Jerry cartoons. A Coca-Cola drinker, Jandal even halfway defends the U.S. and Europe: Westerners are infidels, he says, but they manufacture better consumer products than Arabs.

Quietly, the film makes the case that "enhanced interrogation techniques" were no enhancement. Interviewing jihadis "by the book," one interrogator testifies, yielded better information than violence and deprivation.

The Oath won't please viewers who demonize all supporters, both past and present, of Osama bin Laden. Yet the film is not simply a sympathetic look at a jihadist. The exterior shots of Guantanamo are ominous, but inside the trial apparatus Poitras finds an American exemplar: military attorney Brian Mizer, paid to defend Salim Hamdan by the same U.S. government that violated his Geneva Conventions rights.

Mizer's presence doesn't compensate for the absence of his client; The Oath would be stronger if it showed Hamdan telling his own story. Near the film's end, Jandal reports that his brother-in-law has become "introverted." Fortunately for the movie, Jandal is not. He can't stop talking, volubly and revealingly, about the path that almost took him to Guantanamo.