Accessibility links
In Bomb Coverage, Media Handle An Explosive Topic Details about bomb materials and construction have been a big part of the media coverage of the Times Square incident. Does this information go too far toward helping would-be terrorists? 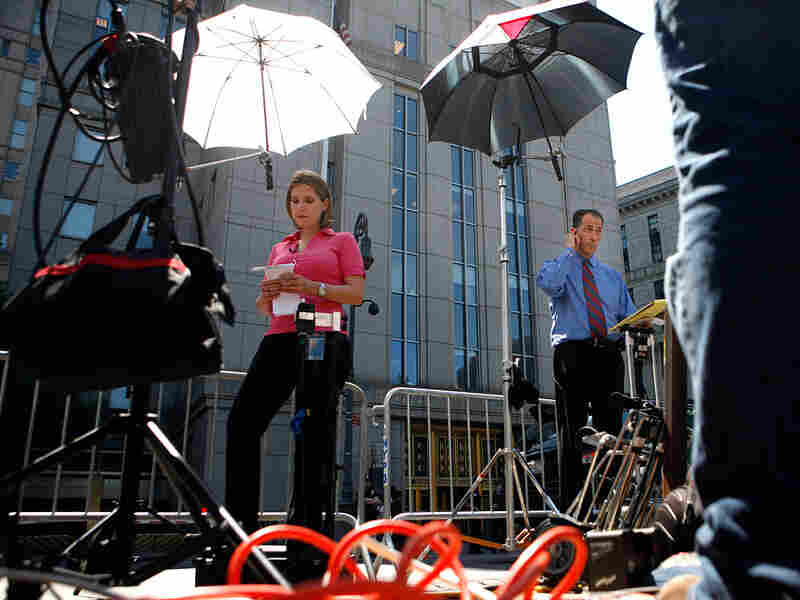 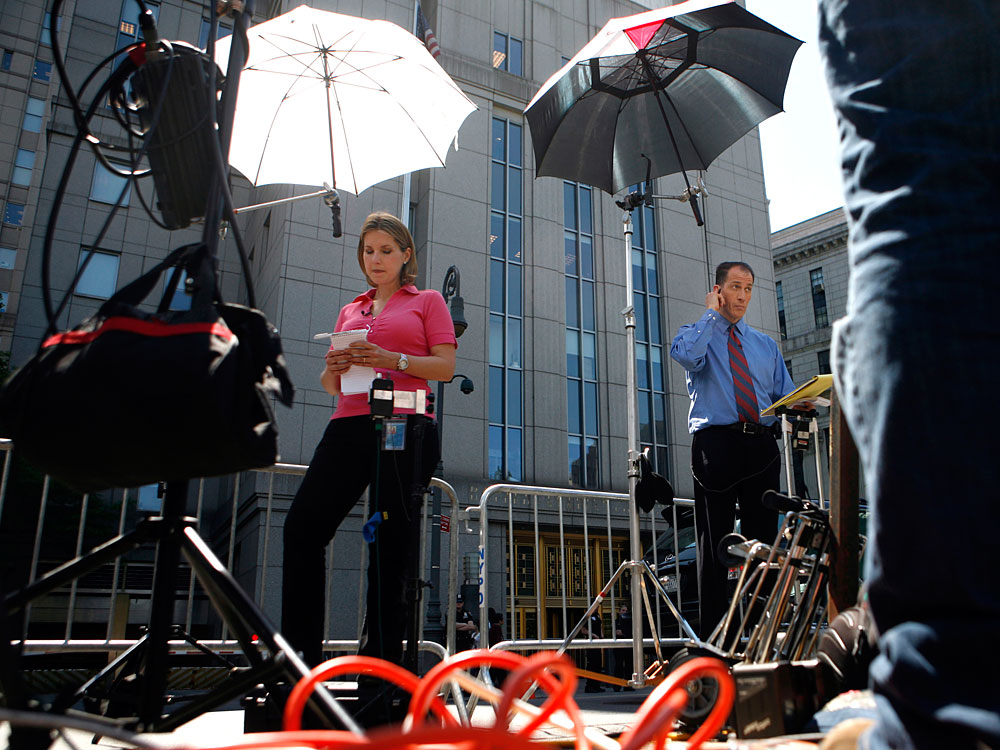 If you were curious about how the Times Square car bomb was put together, there has been a steady stream of detailed information flowing since this weekend.

The Washington Post explained that the alleged bomb-maker "used recipes that required nothing more challenging than Internet research and a trip to the hardware store or beauty supply shop."

If you wanted a list, you could check The New York Times for a lengthy and specific inventory of materials used in this instance, including "some batteries, two five-gallon gasoline containers, three propane tanks, firecrackers [and] fertilizer packed in clear plastic bags." Similar details were reported on NPR.

For insight into why this particular bomb didn't go off, CNN's Susan Candiotti explained that "there apparently wasn't any kind of explosive detonator cap or something that could have acted as an accelerant when it is well-known that in trying to put together that kind of a bomb that you mix it with fuel oil."

If we're going to focus on logistics, we should talk about how to spot a car bomb. A little more focus on what is suspicious and what to worry about would really be a productive use of detail.

So, does all this detailed coverage of the nuts and bolts of bomb building pose a danger?

"Clearly it can give people information and ideas that are more dangerous, at times, than anything you can find out in fiction," says Robert Thompson, a media studies professor at Syracuse University.

Thompson says it's a tough case, but ultimately he doesn't favor censorship -- or even withholding of information by editors. And security experts say that while it's possible bad guys might pick up some tips, it's unlikely they'll find out anything that isn't already widely available on the Internet.

There's a line beyond which media information about explosive devices does present a risk, says Joan Neuhaus Schaan, a fellow in homeland security and terrorism at Rice University's Baker Institute for Public Policy. "You wouldn't want to put out very detailed diagrams that show you step by step how to build a bomb."

But descriptions or illustrations that give the public some broad idea of what materials are involved and what a car bomb might look like can actually be helpful. "It could cause the entire citizenry to be more alert and see things that are truly suspicious," she says.

And there's no great trick involved in figuring out the ingredients for a bomb. "The knowledge is quite basic -- we're not really letting any cats out of the bag," says Thomas M. Sanderson, deputy director of the transnational threats project at the Center for Strategic and International Studies.

The use of common materials, including fertilizers such as ammonium nitrate, is already widely known -- thanks in part to media coverage of earlier incidents. But there's also no shortage of bomb-making instruction available to anyone who seeks it. "I've seen dozens of manuals online in the course of my work," Sanderson says.

He concedes that media reports "could aid a lone wolf," but he calls the odds of that happening "a long shot."

Despite the amount of information that's out there about what to buy and how to build, it still requires some skill to put a destructive bomb together. Media catalogs of equipment and raw materials won't automatically turn terrorists into successful chemical engineers -- as the Times Square incident itself proved.

"Fertilizer only becomes an explosive when ground up finely, very finely, and mixed with fuel oil," says John Pike, director of GlobalSecurity.org, a defense information service. "This is widely known and readily discoverable, but was apparently too complicated for these guys."

The reality is that those who want to do it have no problem — none at all — figuring out how to make a bomb and how to get the materials. Ultimately, those who are going to carry out the bombing need no help from the media.

However, Pike says, media reports about specifics might help the public remain vigilant -- as were Lance Orton and Duane Jackson, the street vendors who alerted New York City police to the SUV loaded with explosive materials.

But if that's the purpose of "sharing all these details," reporters shouldn't focus on how the bomb works, says Amanda Ripley, author of The Unthinkable, a book about how people react to disasters. Instead, they should offer more explicit instruction about what to watch out for.

"If we're going to focus on logistics, we should talk about how to spot a car bomb," Ripley says. "A little more focus on what is suspicious and what to worry about would really be a productive use of detail."

It's the ability to provide detail that is part of the motivation for media outlets in outlining Bomb-Building 101. There are always many facts that aren't known when a story like this first breaks, so reporters use whatever material is readily at hand -- even bomb-making material.

"When you don't have a lot of information, you go to what you've got, which is experts opining about it and going to background," says Thompson, the Syracuse professor. "Part of the background in these types of stories is how easy it is to make a bomb, which is a compelling story itself."

Regardless of how much you think the public has a right to know, there's not a tremendous risk in releasing information about bomb materials, says Sanderson of CSIS.

He stresses that there are, in fact, copycats in the world, and any assistance to individuals who may be thinking about launching an attack is no good. But, he asks, if it's truly so simple to learn about bombs from the media, why hasn't the United States already seen dozens of attacks?

"The reality is that those who want to do it have no problem -- none at all -- figuring out how to make a bomb and how to get the materials," Sanderson says. "Ultimately, those who are going to carry out the bombing need no help from the media."

How Media Coverage Crimped The Times Square Case May 6, 2010
NPR: Pakistan Detains Some Who May Be Tied To Times Square Bomb Attempt May 4, 2010
Bomb Suspect Admitted Involvement, Holder Says May 4, 2010