Accessibility links
Somali Pirates Take The Money And Run, To Kenya Working the waters off East Africa, pirates in Somalia raked in a record $90 million in ransoms last year, a sign that efforts to stop them both at home and abroad are not working. Much of that cash ends up in Nairobi. 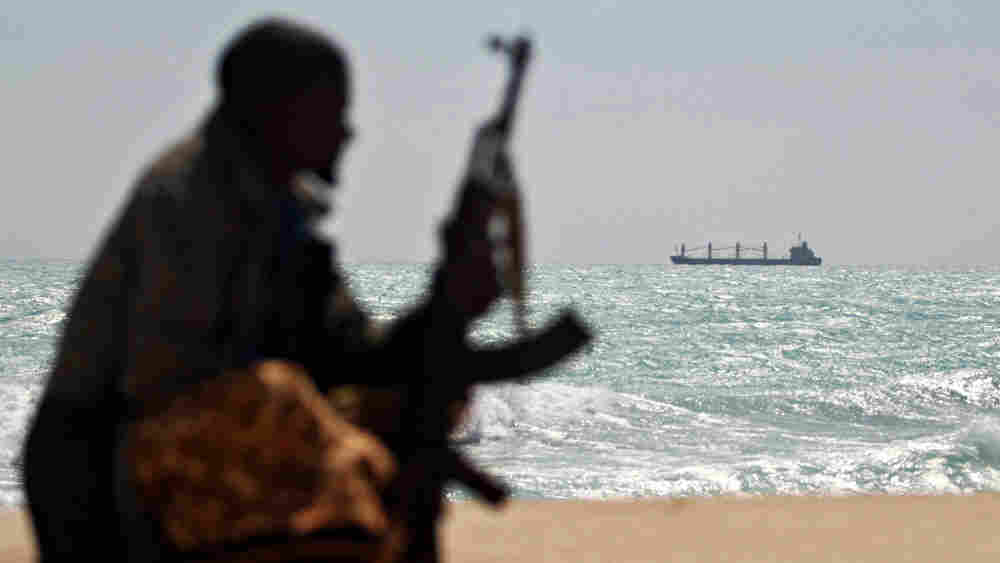 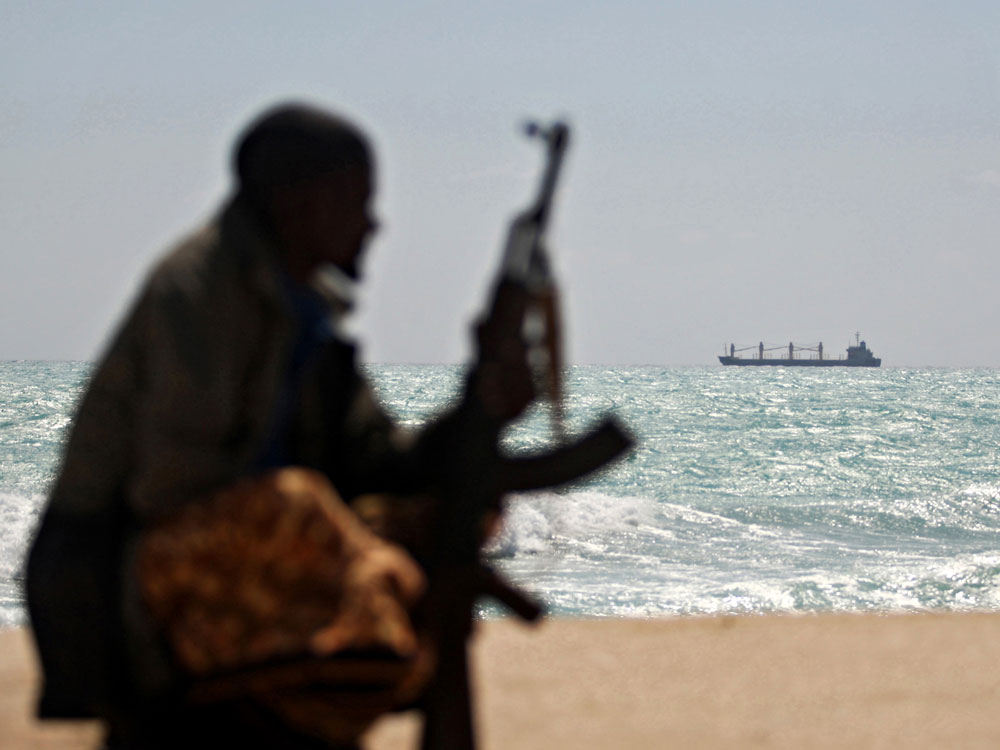 An armed pirate on the Somali coast watches a Greek cargo ship in January.

Pirates in Somalia retreated this week after Islamic groups in the war-torn country attacked them in their coastal strongholds. Reports say they have moved north -- wounded, but not defeated, and desperate to hang on to their lucrative business.

Working the waters off East Africa, pirates raked in a record $90 million in ransoms last year, a sign that efforts to stop them both at home and abroad are not working.

They buy property so that even if things go bad in Somalia, they have property where they can get money from.

A pirate associated with the al-Shabab militia

Piracy has become a sophisticated business. Pirates say the operations are now run by a small group of warlords and financiers based around the world. The men who do the dirty work get only a tiny piece of those multimillion-dollar ransoms.

In neighboring Kenya, new buildings are rising, their construction fueled by piracy money in Nairobi's Eastleigh neighborhood, where many Somali immigrants live.

Kenya is seen as a good place for the pirates because it is a relatively stable country. Yet, at the same time, its legal system is lax and corruption is high. That means that it's easy to bring illicit money in and out of the country without much notice.

A Nairobi real estate broker who identifies himself as Willy says he helps pirates buy property. He got his start forging documents for illegal Somali immigrants years ago. "I have friends, most are agents whom I operate with, they tell me this is piracy money, take advantage of the situation when the money's here, you can make some profit out of it," Willy says.

Elsewhere in the Eastleigh neighborhood, tucked in the back of an inconspicuous shopping center, is a business that runs the informal money transfer system known as hawala.

The hawala operators pay no taxes and don't need to provide records of their transactions. Experts say this is how pirates launder their ransom money out of Somalia. The owners are secretive and don't want to talk. 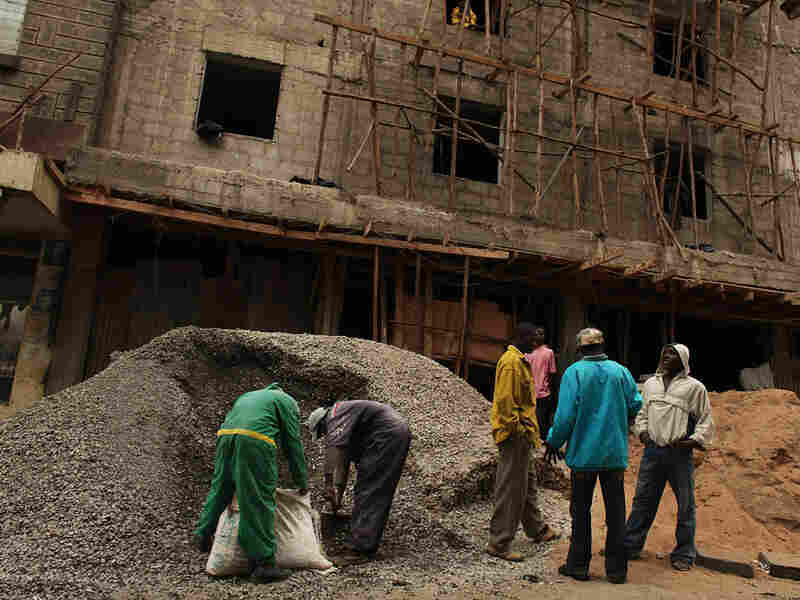 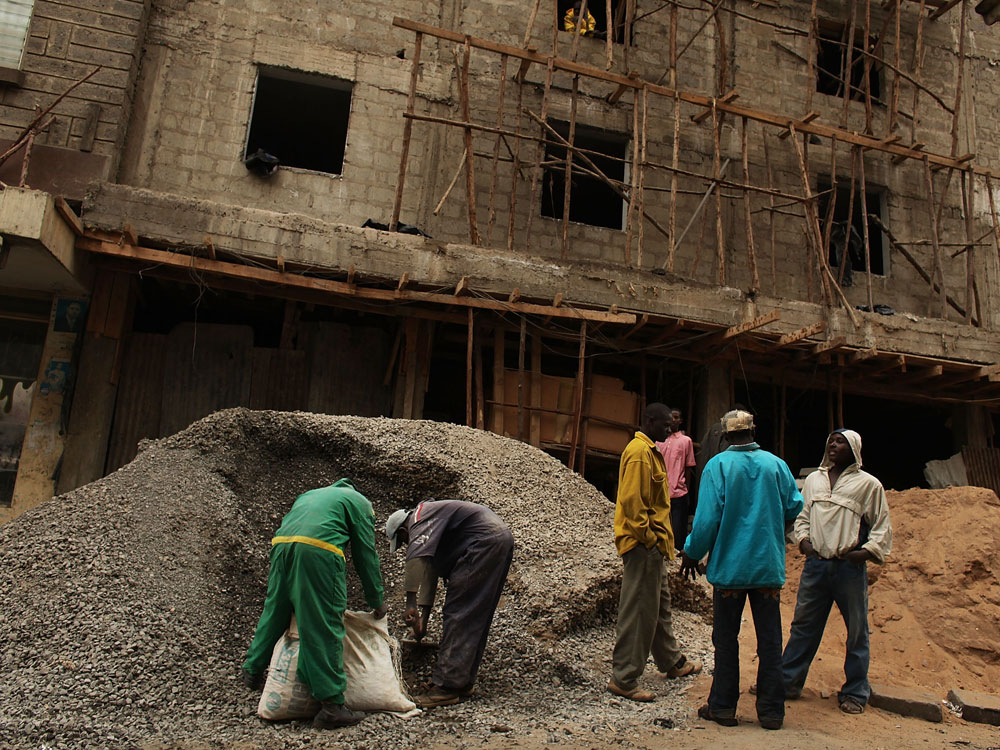 Eastleigh's al-Hadiya Mosque is said to be the home base for Somali extremists in Nairobi. New evidence has emerged that the piracy trade has become so profitable -- and so refined -- that extremists, such as the al-Shabab militia, are getting in on the action.

One pirate who says he is a member of the al-Shabab militia says the tales of big ransoms were alluring for extremists just like anyone else. "They believe that there is no government in Somalia, so they use piracy money to buy the firearms. They buy property so that even if things go bad in Somalia, they have property where they can get money from," he says.

In Nairobi, a former pirate who identifies himself as Ahmad says that with the rise of the piracy warlords, the trade no longer holds much appeal for the little guy. The piracy trade has become too efficient, and too cutthroat, even for pirates like him.

"There are some people who benefit and those are the big fish, the guys who lead us, the people who invest in the equipment, the boat, those things," Ahmad says. "We small timers are used as foot soldiers. We remain in hardship. Whether we die or not, they don't care."